Meet the Cat Photographer Who Started It All

Grumpy Cat, Maru, the Master of Boxes, and... Chandoha? Before the internet was even a twinkle in the world's collective eye, Walter Chandoha was setting the standard of quality and well, cuteness in cat photography.

These days, it's nearly impossible to get online and not see something involving a cat. Cats are as synonymous with online culture as spaghetti with meatballs. Before the great feline revolution, though, there was one man whose well-executed and endearing photos of his feline friend launched a 70-year career that continues today. In the 1940s, Walter Chandoha found a homeless kitten in the New York winter, named it "Loco," and gave it a home. Loco's propensity for cute antics led Chandoha to start snapping pictures with his Hasselblad. Pleasantly surprised by the results, he began submitting them to local photography contests.

By 1951, he had his first magazine cover for Woman's Home Companion. As his style took shape, his colorful, bright, and personality-injected cat portraits became the standard of the industry. In the meantime, he also wrote several books featuring his work and detailing his process, which often involves up to six lights. 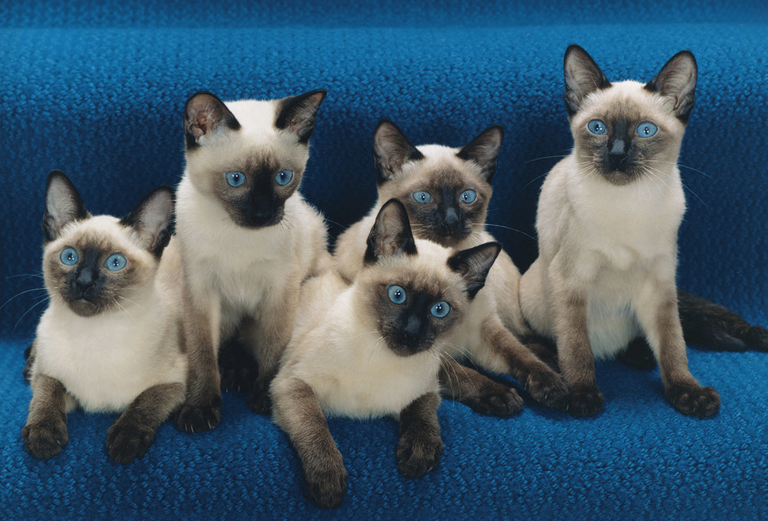 Chandoha credits his late wife, Maria, and his children with much of his success, noting: "Without [Maria], I could not have made the vast majority of my pictures." He credits her with sustaining the administrative side of the business, having film developed, and employing her natural ability to calm the cats to help him get his shots.

Even at 94, he's still taking his fun and well-crafted portraits, noting that when he started: "...it was film and heavy metal or even wooden cameras. Film was expensive and you had to know what you were doing with your equipment." Nonetheless, he is thrilled by the current ubiquitousness of cats: "The Internet has made it possible for all cat owners to share their love of these wonderful animals."

His new book, "Walter Chandoha: The Cat Photographer," was released by Aperture this month.

Posted In:
Animal
Other
3 Comments

An early job out of college was working in a photo lab. One afternoon a fellow came in with about 60 rolls of 35mm for processing. As I opened the bag to retrieve the film I began sneezing uncontrollably. The fellow asked "Are you allergic to cats?" I said yes and he said "I figured".

He was a notable cat photographer and to this day (40 years later) still photographs only cats. I was amazed at the narrow focus of his business but he had clearly mastered his craft and was delighted to be just working with cats.
I am still allergic but have my share of cat images under my belt. Photographing cats (and dogs) is an excellent exercise in planning, preparation and execution all the while being open to serendipity.

Hard to make real money but a great balm to the soul.