Snapseed, developed by Google, is a popular photo editing app available for Android and iOS that gives a lot of bang for the buck, considering it's a free smartphone app. I love the software, but I wish it had some basic functions to make it my go-to editing app on mobile devices.

I've been using Snapseed for several years now and remember how pleased I was when they first brought out raw file support, because it meant I could import my DSLR images and edit them without the need to transfer photos to my computer. A few years later and my latest smartphone also now shoots raw, and it's great to edit with such flexibility. But there's still a few design hang-ups and odd idiosyncrasies that stop it from becoming the best smartphone editing app out there, at least for me.

When you first open an image in Snapseed, you'll spot three options on the bottom bar. Styles, Tools, and Export. Tools contain all the manually adjustable settings the app has to offer, and it's where I spend most of my time. Enter here, and you'll see my first bugbear of the app. The tools aren't listed alphabetically.

Stop! I can already hear you muttering at me, and yes, I know Lightroom doesn't do this either. It sounds weird to put everything in alphabetical order, because what if the tools you use most often are at the bottom of the list? I mean, that's why it's laid out like that, so the most commonly used tools are at the top, ready to go. But the thing is, they're not. How often do you add vignettes to photos? More commonly than applying a grungy filter, I bet, and yet it's all the way down the bottom of the list. Also, I've been using the app for so long that I know the names of the tools I want to apply but can't necessarily remember where they are on the screen, so I have to go hunting for them.

Okay, so alphabetizing doesn't appeal? Sure, I understand. Instead then, why not give us the option to reorder the tools? We could click and hold, then drag them into a different tile arrangement. Easy. I know it might take some time and money to program this, but hey, it's Google.

So, Um... Where's the Graduated Filter?

Seriously, go and have a look! We've got a vignette with inner and outer brightness controls (something that even Lightroom Classic doesn't do), a brush with exposure controls, and even the ability to edit each stack and selectively paint the scene wherever we want it, but there's no graduated filter.

It seems odd. Such a simple little device would save me so much time. It'd work just like the vignette control, but be flat instead of round, perhaps with positive and negative values on the sliders to get it either bright or dark and maybe with the ability to add color as well. At the moment, I either use the brush or just make a massive vignette and drag it to one side of the image. It's still slightly rounded, but better than nothing.

Add an Invert Button on the Selective Tool

I'd like to see Google take a leaf out of Adobe's book and give us the option of inverting our Selective tool (Adobe calls this the Radial tool). Instead of only affecting the inside of the circle, we could alter everything outside of it. And maybe give us the option to use the automatic mask function it uses by default. That is, if you drop the Selective tool pin on a patch of blue, it'll automatically mask your adjustments to other areas in that color/tone in the radius of your editing circle.

Give Us a Reduce Noise Slider

Currently, my best method to reduce noise in Snapseed consists of adding a negative value to the Structure slider in the Detail tool, then editing the stack, and using the Selective Brush tool to paint areas with excessive noise. This is also a great way to do the selective sharpening — for example, if you have a macro shot of a bug and only want to sharpen that specific area. But, this is a workaround.

I'd like the ability to remove noise as the Luminance slider does so eloquently in Lightroom. I don't even mind if it's not sophisticated; it doesn't have to have separate color and detail controls. Lots of smartphone snaps are noisy, especially those taken in low light, even on my Google Pixel 2. So, I'd like the ability to remove this before upload to my Instagram or other social media.

Let Me Batch-Process on Snapseed

This one isn't as important for me, but I know it'd benefit plenty of users out there. Batch-processing in Snapseed currently consists of copying and pasting the edit stack onto each newly loaded photo or alternatively just pressing "Last edits" under the Styles tab. But loading up each new image and pasting the settings is tedious and frankly, something I thought we'd seen the last of a few years back. I can't give all the blame to Google here, because Adobe does it too. Use Lightroom CC (not Classic), and you'll have to do the same thing at the time of writing.

Although Snapseed lacks the features I've listed above, I still think it's a great editing app for smartphones. I mean, come on. I don't need a subscription, and I'm not required to make a one-off payment. It's completely free, so what's not to love? The fact that it's so robust, reliable, and does so many things well means it's still my favorite editing app on a mobile device. Yes, I have a subscription to Lightroom and have it installed on my phone, but I still only use Snapseed.

I just wish it added a few features to make things that much easier for me. Then, I'd probably seriously reconsider my subscription to Adobe. Perhaps then, it would persuade me to move towards a cheaper desktop alternative for the heavier processes, such as Affinity Photo. Who knows, maybe we'll see a legitimate desktop version of Snapseed in the future? 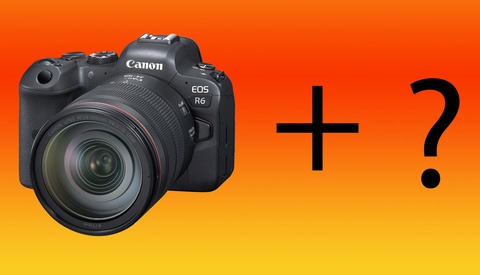 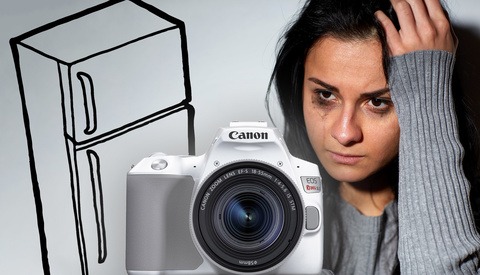 Opinion / August 5, 2019
Why Is My Mom's Fridge Better Than My New Sony Mirrorless Camera? 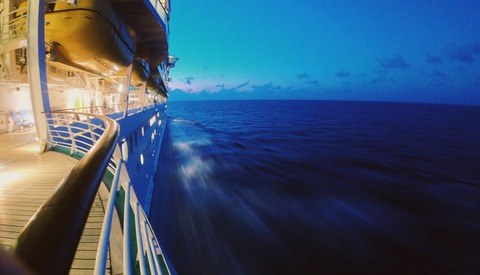 Gear / November 6, 2018
Would It Be a Good Thing if Smartphones Replaced Our More Expensive Cameras?
Log in or register to post comments
13 Comments

I like your thinking! Also a huge fan of Snapseed - it's a Go To app for me, but gosh how I'd celebrate the additions you mention (especially the Invert Selection!) Fingers crossed!

"Snapseed, developed by Google, is a popular photo editing app..."

Snapseed, developed by Nik Software, and purchased by Google, is a popular....

Learn to use "view edits" and stack brush. It's like masking. That's where the magic happens. You can do a lot of really cool stuff-even like a graduated filter.

Yes, and my biggest suggestion would be to make the masking mode much more easily accessible. Why can’t we enter it straight from the tool itself rather than having to go into View Edits? This would save a lot of time.

Sounds interesting , I'll check it out. But in the long run I couldn't imagine trying to do anything beyond a quick fix-up on a phone or tablet. Small screen (and blunt fingers) just gets in the way.

Its pretty cool on a tablet tbh, in fact apples latest photos version has awesome editing tools in it.. id go as far as saying its mind blowing that its free.

I wish snapseed could open raw images from my D600...

Reading all this.. I would say: Make it a proper desktop application to kick the bums of Adobe and others. Fiddling with images on mobile phone screens is just the wrong tool for it.Tablets might work, though.

That would be cool. You can actually install an android emulator on your desktop and run snapseed as a desktop application that way. I've done it as an experiment on a few photos - however it's still lacking features that would make it better than already available software.

I also like Snapseed as well. but the more fundamental problem with Snapseed is, Google is doing nothing about keeping it updated, refreshed, improved, up-to-date to offer some of these desired features mentijoned in the article. If Google doesn't bother to do anything for their Android app, don't ever expect them to suddenly come up with a desktop version of Snapseed, especially with Google Photo's existence. So, one either needs to be satisfied with Snapsee as it is or find alternatives.

I'd like to be able to duplicates masks from one filter to the next. If I spend a lot of time making the branches of a tree for the Details filter, I may also want to use it with Curves.

As it is, I have to manually redo the mask. It well never be an exact duplicate. I've never actually done that because it sucks.