Experience the Sound of a Sonic Boom Through a Photographer's Ears

This video of SpaceX's Falcon Heavy rocket sending a Tesla into space is extra special. Why? Because of 3D sound. Grab your headphones, as this is truly immersive audio.

The private aerospace company SpaceX, founded by world-famous billionaire/possible super-villain Elon Musk, has just put a car in space. Not only that, but two of its boosters returned back to their respective landing zones within about one second of each other. This astounding feat of engineering was all captured by enterprising young photographer Trevor Mahlmann. But Mahlmann didn't just record the event like any ol' photographer, he recorded the audio using a 3D audio microphone, creating what's known as binaural 3D immersion. If you haven't experienced this before, prepare to have your mind blown.

In the video, Destin Sandlin, of the popular YouTube science channel Smarter Every Day, starts off by telling us about his other channel The Sound Traveller, a channel dedicated solely binaural 3D immersion videos. He then tells us to put our headphones on (correctly) and imagine that we are one of 20 photographers allowed on to the roof of NASA's vehicle assembly building. After we've acclimatized to all the subtle nuances of 3D sound, he asks us to listen out for the camera shutters firing off all around, the roaring of the rockets, and finally, he asks us to see if we can identify an aircraft and its relative position from its sound. After a break in the recording, Sandlin next asks us to listen out for the six sonic booms emanating from the "falling" boosters.

It's hard to describe the sound in this video, but it actually made my hairs stand on end.

I love to hear any ideas you guys have of where you could apply this technology to your workflow. Maybe immersive wedding videography? Relive the moment where Uncle Jerry, in the fifth row to the right, let one rip during the nuptials.

Shout out to Fstoppers reader Tor Ivan Boine for bringing the video to our attention. 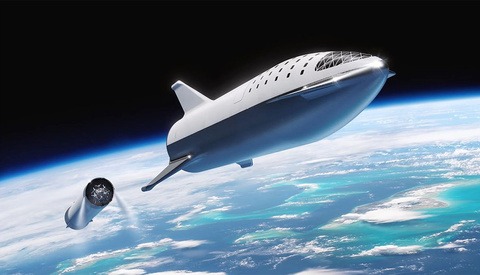 Science / September 19, 2018
Fly Me to the Moon and Let Me Photograph the Trip: You Just Might Have a Chance 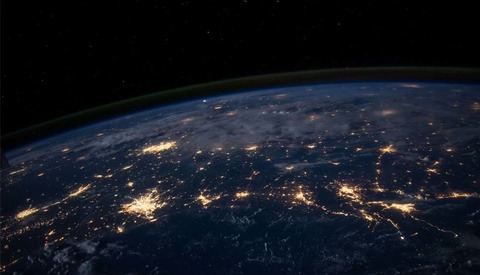 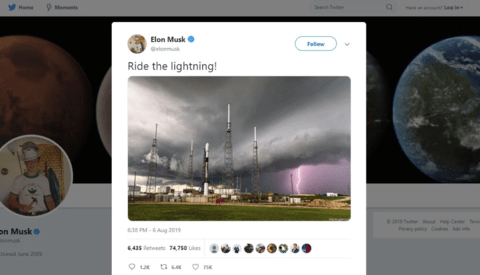 New
Living Stills: How to Animate Your Photos
With Shavonne Wong
$89.99
Log in or register to post comments
10 Comments

The first time I heard the shuttle come back after moving to Florida, I thought something really huge exploded. I live in Orlando, and it would rattle the windows. Really cool. You could always tell who the newbies were, because the natives were totally used to it. "Oh that? It was a sonic boom. Nbd."

So cool. I've often heard sonic booms over southern Ireland, presumably from RAF aircraft. Those were quite a distance away, though.

That was satisfying. I love this channel...and VSAUCE.

Wow. I've never experienced sounds like that in the flesh. Bye bye, ear-drums.

I've seen two final flights, the US half of the Apollo/Soyuz, and the final Space Shuttle launch. The sound of the Apollo launch was incredible; it was a rolling wave of continual thunder and I could feel vibrations in my chest area. The Saturn rocket took its time climbing the sky. The Space Shuttle leaped off the pad.
The Falcon Heavy is fast! I was surprised at how fast it left the launch pad, like the Space Shuttle.
But watching a video is not the same as being there. I was at the final landing of Atlantis; watching past landings on TV, the twin sonic booms sound like "BOOM! BOOM!". But in person, the Shuttle's sonic boom is more like "BANG! BANG!"
I wish that I could've seen and experienced the Falcon Heavy.

Watching the Saturn V launch must've been an experience. Its thrust and payload capability remain unmatched to this date, although I tip my hat to Mr. Musk :-)

Well, it wasn't a Saturn V, but a Saturn Ib since it wasn't a moon launch; but it was still impressive. I hope to see a first launch for when we resume launching astronauts.