Photography is filled with niche markets that require a specialized skill set from the photographer. What kind of skills does it take to capture a vehicle (that is worth more than all the houses on your street combined) moving at over 200mph? I sat down with Jamey Price to find out more about the world of motorsport photography.

Jamey is based out of Charlotte, NC, but travels the country and world shooting the cars and culture of Formula 1, Indy Car, American Lemans, NASCAR, and specialty events like the Pikes Peak Hill Climb. In sitting down with Jamey, I wanted to know how he got involved and what it takes to succeed in such a specialized area of photography.
To shoot racing, it helps to have a passion for racing and competition. Jamey has “always loved competition.” Growing up and through his college years his competition efforts took place in the swimming pool. After college, he spent some time in England racing horses as an amateur steeplechase jockey. During breaks at the pool or the horse track, he would pull out his camera and take pictures of friends swimming and racing. All along, he has had a passion for the world of motorsports. Jamey “loves the colors and the atmosphere” of being at the track on race day. His passion and understanding of the sport have helped him succeed at the professional level. Things like knowing who the drivers are, understanding the pivotal parts of a race, and understanding the cultural aspects and the fans are all things that will help sell images to editorial and commercial clients.

Every professional photographer has their first job that begins their career. For Jamey, it was when he was issued his first set of credentials. The racing world is one that can be closed off to spectators. You can’t just walk up to the drivers or go into the garage and see what goes on behind the scenes. To gain full access to the world outside of the stands, you need to have a set of media credentials. Gaining these credentials was the first step in Jamey’s pursuit of shooting professionally. In getting his first set of credentials, he saw an opportunity and took advantage of it. In 2011, Jamey saw that F1 world champion Kimi Räikkönen was going to be driving in a NASCAR truck series race in Charlotte, NC. It is not very common for F1 drivers to drive in NASCAR, so Jamey used this as leverage to pitch a story to various media outlets whose readers would be interested in seeing Kimi behind of the wheel on an oval. When UK-based Sutton Images agreed to the idea, Jamey had his first set of credentials and access to the behind the scenes world that would help launch his career. This is a great example of seeing an opportunity and going for it. From this idea pitch, he was not only able to gain the access to the shooting locations he needed, but more importantly he was able to meet the people who would eventually hire him for future assignments and work. When talking with a photographer, I always like to know what they shoot with.

At the track, Jamey uses a Nikon D3s and a variety of lenses. When the cars are close enough, he uses the 14-24mm the majority of the time. When he is at a distance and wants a close up view of the car, the 400mm lens with teleconverters are his go to options.

In talking with Jamey, he had some great stories about situations he has been in and tracks he has been to. They say a picture is worth a thousand words, so I thought it would be best to let Jamey tell you about a few of his favorite images. 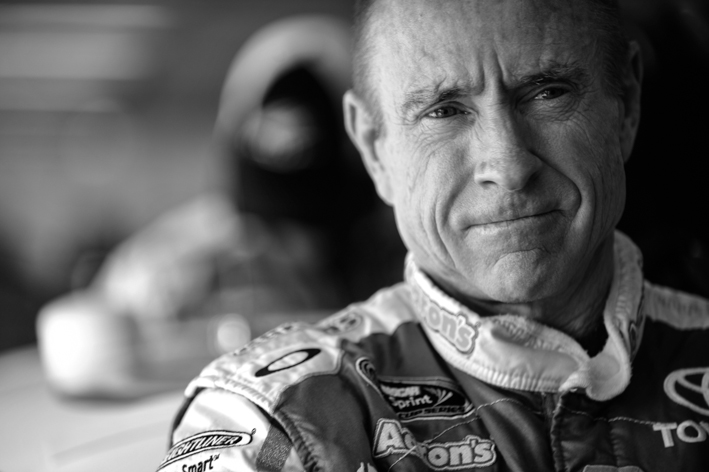 Mark Martin is one of NASCAR's most senior drivers, but a guy who is still absolutely driven to win and succeed. His intensity was pretty easy to capture in the garage during practice one afternoon. Nikon D3, 140mm, 1/80, f2.8 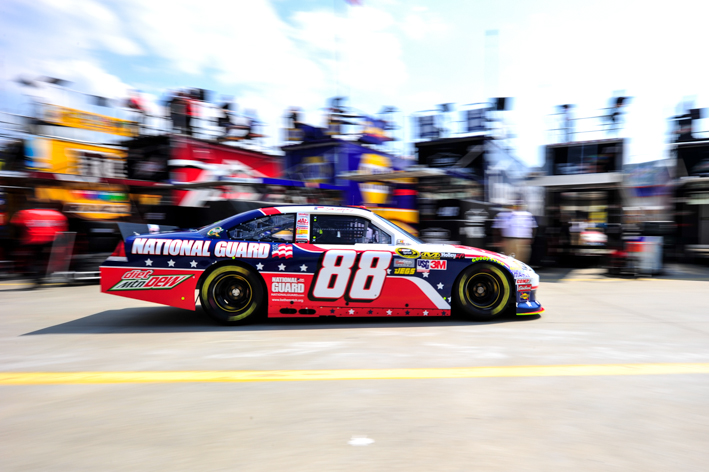 Motorsport is full of color. The cars are basically moving billboards of advertising. Panned against a background of more color on the NASCAR team haulers and it can be a really interesting photo. Nikon D700, 19mm, 1/50, f18 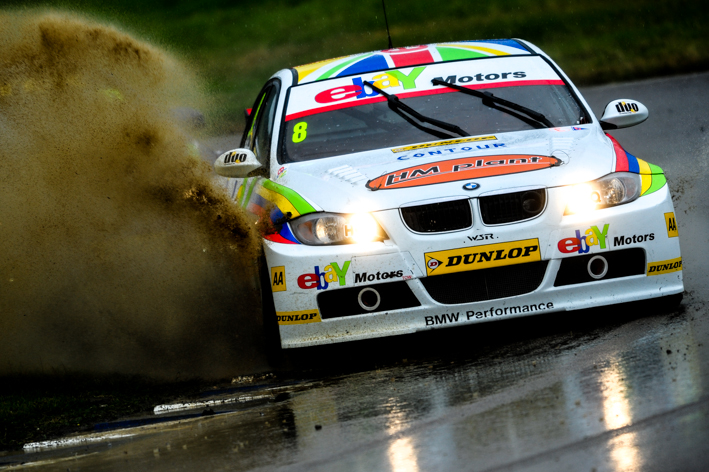 I love shooting in the rain. This particular track is England's only banked oval, and it's a horribly ugly place...until it rains. Then it's a mix of mud, grass and water and a whole lot more interesting than it is under normal conditions. Shooting racing in the rain can be frustrating, but also exceptionally rewarding. Having watched a few of the British Touring Cars clipping this curb and getting close to the pool of water during the race, it was only a matter of time before one did this, I just needed to be patient and ready for it. Nikon D3, 550mm, 1/640, f4 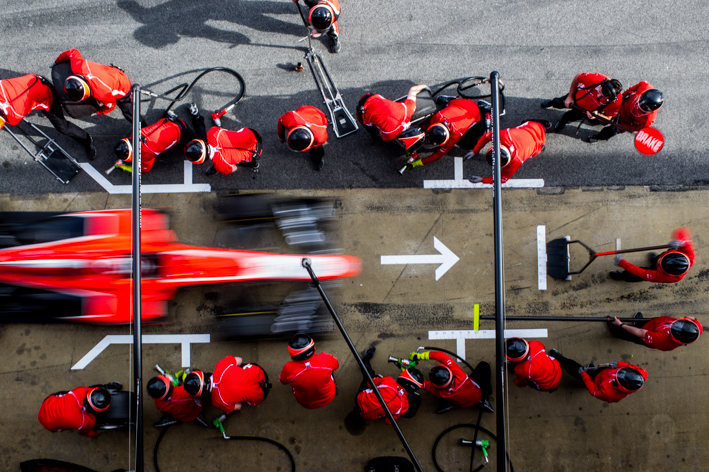 Formula One is all about speed. How fast can you make the car that fits within the rule book? But what if you could drop seconds without adding anything to the car or changing it in any way? You can. And it's called pitstop efficiency. One of the teams made a world record, four tire pitstop earlier this season that saw the car stationary for 2.05 seconds!! Any time you can save is valuable. So the teams practice for hours and hours at the factory, and more at the track, then more during sessions. It has to be millimeter perfect on everyone's part. Nikon D3s, 28mm, 1/15, f22 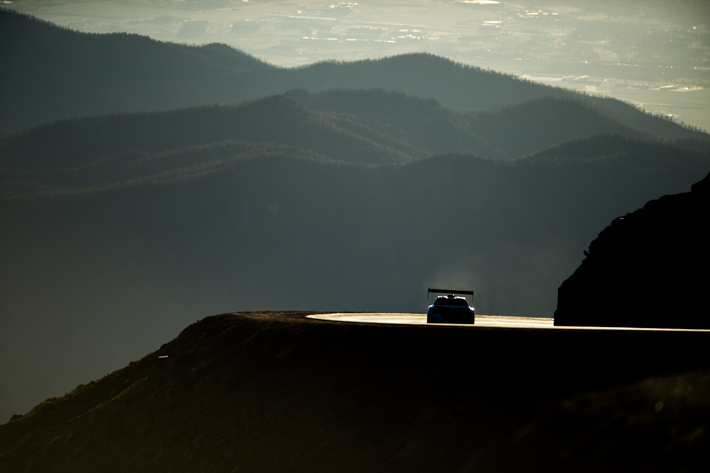 Pikes Peak Hill Climb is by far my favorite event of the year. It's also by far the most dangerous thing I shoot all year. Racing cars and bikes up mountain about 10,000 feet is absurd. No safety fences, rails or anything else to save either one of us. You ALWAYS have to have an escape plan on Pikes Peak. And often times that is simply knowing where to jump down the cliff you're standing on to escape an out of control car. It's an adrenaline rush to shoot. And the weather and light can be like nothing you've ever experience or seen before in your life. It's hard work at that altitude though. Nikon 400mm 1/2500, f3.5 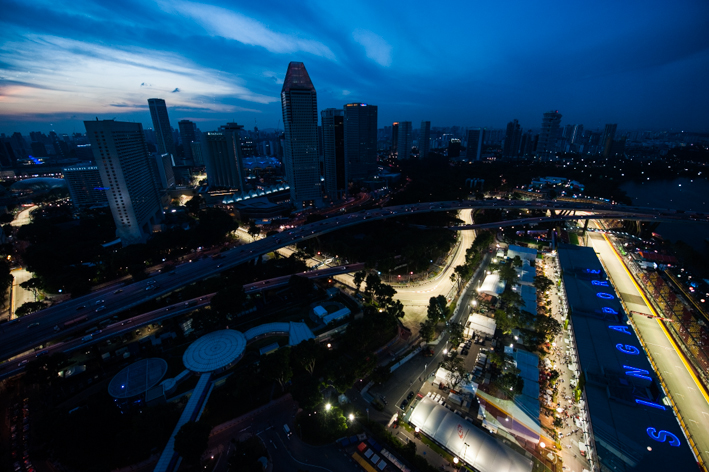 The Singapore Formula One Grand Prix is truly a spectacle. There is no race track. It's just city streets blocked off with catch fences. Over bridges, under tunnels, under overpasses... at night. Lit up by thousands of tungsten lights, it is a special race to cover. Taken from the enormous ferris wheel called the Singapore Flier, this was taken at dusk between Formula One sessions. It is an awesome sight to see a 3 mile race track lit up from high above.  Nikon D3, 14mm, 1/100, f5 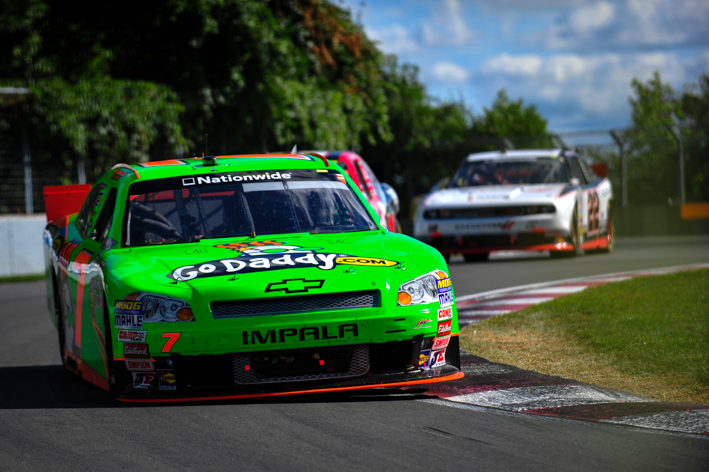 Sometimes you have to get creative and do your best to make a different image. At most tracks you have a small number of designated photo holes to stand in, but there are plenty of other photos to take that do not have the luxury of being a photo hole. This one for example was in the Canadian forest behind a fence covered in vines. Risking spiders and flora that could make me miserable for days, I pulled the vines apart and shot the cars as Danica Patrick led the NASCAR Nationwide runners through the tricky complex of corners during a race in Canada. It's an adrenaline rush because it doesn't take much for a car to get loose and end up coming your direction. Nikon D3, 200mm, 1/1250, f3.2 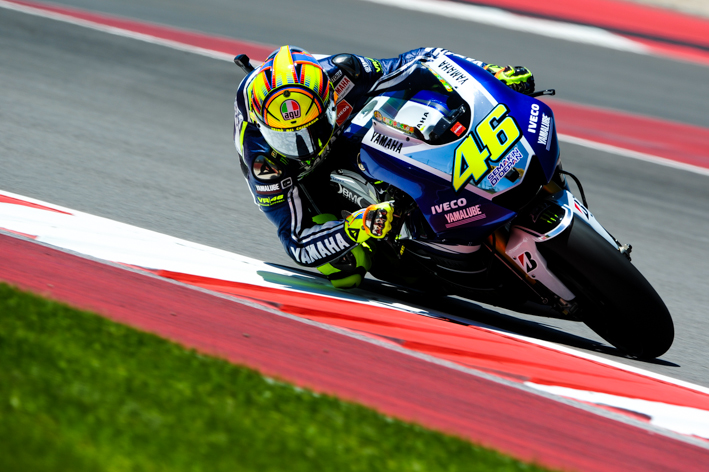 Though I mostly focus on car racing, bike racing is something that fascinates me, as it is more similar to horse racing and equestrian sports, which is what I learned photography by shooting. MotoGP is the Formula One of motorcycles. And Valentino Rossi is the undisputed master of the sport. Each rider has a unique style and it was truly awesome to watch them use the bikes differently. It was a challenge, but highly rewarding and a lot of fun to work a MotoGP race. Nikon D3s 500mm 1/800, f8 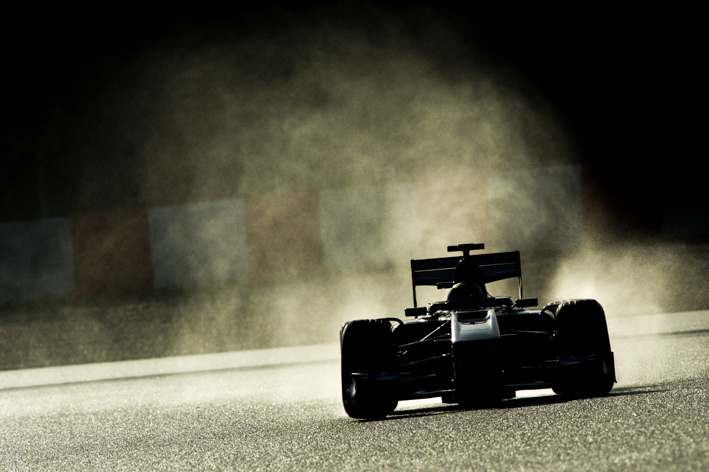 Who doesn't love back light and water on a crisp cold morning?? After heavy morning rains during Formula One pre-season testing, the clouds started to separate allowing a little bit of sun to shine onto the track making for one of the most incredible scenes I have seen shooting car racing. It was perfect and the kind of stuff I dream about. Nikon D3s, 550mm, 1/8000, f6.3
Thanks for your time Jamey. If you are interested in seeing more of Jamey's work you can follow him through the social media links below.
www.jameypricephoto.com
fb.com/jameypricephoto
instagram @jameypricephoto
twitter @jameypricephoto
Posted In:
Automotive
Interview
8 Comments
Related Articles 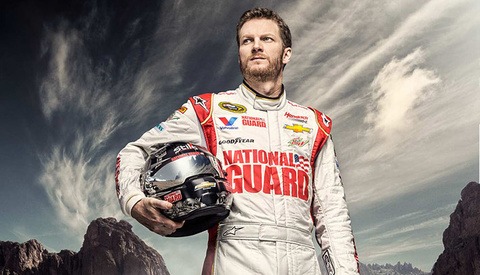 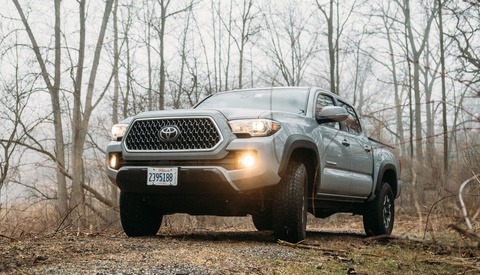 Automotive / May 4, 2020
Why This Professional Photographer Loves the Nikon Z50 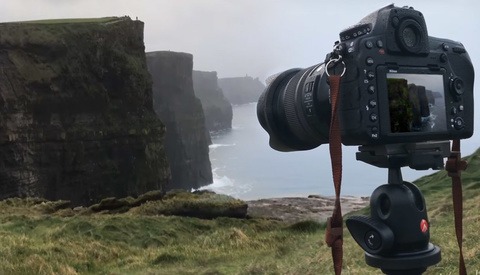 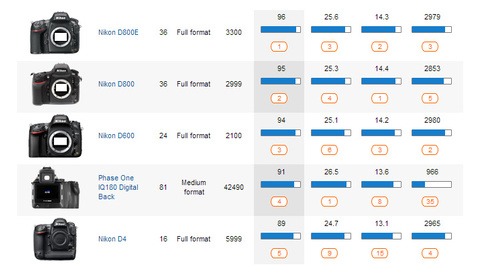 Jamey Price is an amazing photographer, I love his use of colour, he (with a handful of other automotive photographers) really sparked my love for shooting cars and made me have a go at motorsport as well, he's certainly got a great 'eye' for a shot...

He simply ROCKS! Been following him for years......PRO.

I fully regret not meeting you for lunch in Charlotte last week when Linhbergh was in town!

awesome. this is definitely something I would love to get in with some day. I have been a racing fan all of my life

Jamey you are the guy I look up to for inspiration. All I mainly do is automotive photography, I like the static shots, but nothing beats the track. Absolutely stunning work!