About 9 years ago, I was a tour photographer for the rock band 3 Doors Down and I had the chance to attend my first Nascar race (from the infield no less!) As a car guy, it was a great chance to watch all of the action from the front row. Never did I imagine in my wildest dreams that I would be getting a call from the National Guard nearly 10 years later to do the official 2014 photoshoot of one of my favorite drivers and his new car, Dale Earnhardt Jr. Read below to learn more. 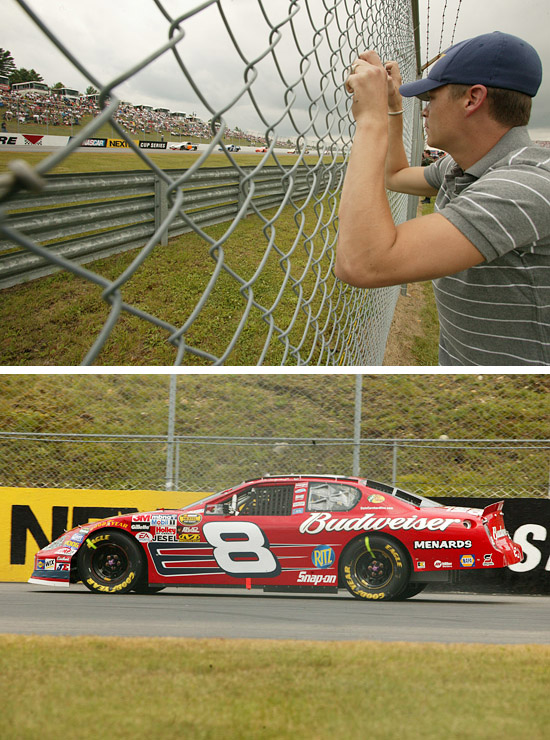 I actually took these photos in 2005 of Brad, the lead singer of 3 Doors Down, as we watched the cars race by from the infield. Couldn't imagine that I would be photographing one of the Nascar greats years later. I've been shooting full time for nearly 10 years now and it's pretty wild to look back and see how things have progressed over time. 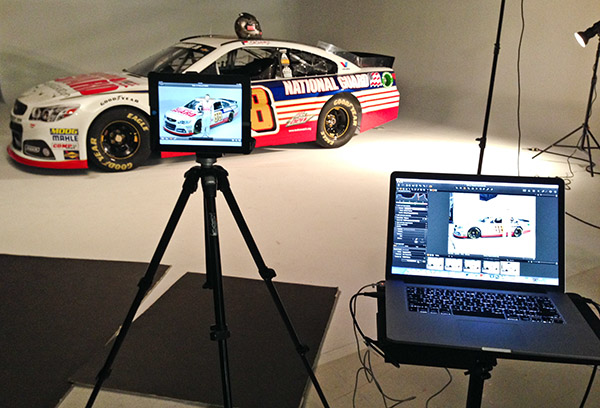 The client, The National Guard, wanted me to take a bunch of photos of Dale, Dale and the car, and Dale with some National Guard service men and women. These photos would be used for various PR and advertising material in 2014. They wanted me to shoot everything on a solid white background so they could either use those photos as is for various uses, or easily cut him and/or the car and composite them in a new environment.

The biggest challenge of the shoot was the time crunch. We had to cram in a year's worth of photos in a short period of time. We had to have the shot list and production schedule buttoned up tight before we were to even walk on set. Although, you should always have some sort of shot and schedule for ANY big shoot you do! Helps keep everyone in line and know your expectations early on.

Hammerhead Studios just outside of Charlotte, North Carolina would be our shoot location. It was actually Dale Earnhardt Jr's own studio. It was a beautiful space with a huge cyc wall made for car photography. The ceiling was dark so I had to hire a local grip and grip truck to build a 20 foot by 20 foot overhead hanging white silk. This would allow us to shoot lights into the silk and the light would fall back down nice and evenly on the [reflective] car. For more dynamic light for the portraits, I would use a beauty dish or octobox with grid placed closer to the subject(s) to overpower the overhead soft light. There were even a few shots where we got to shoot some nice moody photos with just some gridded strobes (primarily ranging between 10-30 degree grids). 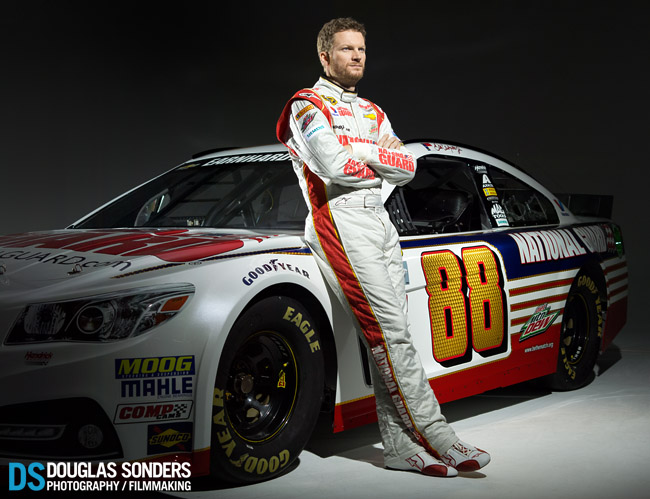 My buddy/photographer/digital tech for this particular shoot, Clint Davis, helped do some composites on a few of our mutually favorite images (see an example below). Clint and I discussed creative direction and vibe and tone early on in the shooting process and I am really happy with the results. If you want to learn about how he did the composite, follow this link. 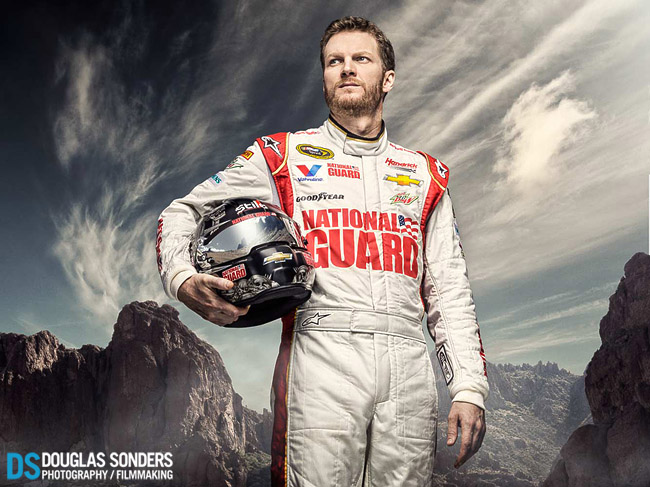 After I do a photoshoot with any entertainer or public figure, people will always ask me if someone is a nice person or not. Well, I am happy to report that Dale was a VERY cool and friendly dude. He made this high-pressure tight-schedule shoot very easy. I think he may have enjoyed my 1980's pop-music playlist on set, but that is unconfirmed haha.

Hope you guys have enjoyed this post and my other Fstoppers posts. You can check out my photography work here. Finally, below is a teaser for what will by my next behind the scenes post from a shoot I recently did... Robocop. Stay tuned (https://www.facebook.com/sondersphoto)!

If you want to see many more of my behind the scenes videos, check out my website: http://www.sondersphotography.com/Behind-The-Scenes/ 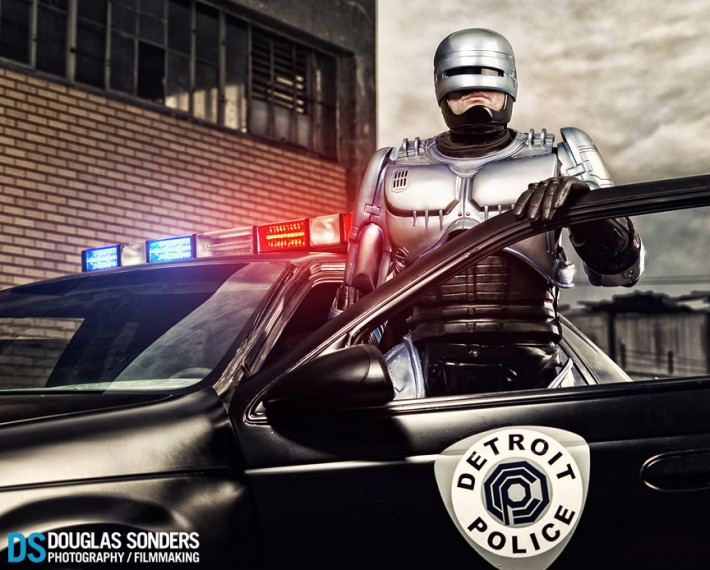 Looks like a cool assignment! Thanks for sharing the video

you are most welcome!

This is the type of Photography I would love to do professionally.

Hi Douglas,
video is great, as usual.
Just purchased Capture One Pro myself, i take it your happy with that software ?

I do still really enjoy it, especially on set for my big shoots and raw processing. They even put one of my photographs on the box :)

Fantastic results, the comp work is outstanding. Thank you so much for sharing!

Glad you enjoyed it!

Great job, looking forward to that Robocop one too. Love it :)

Hi Douglas,
great work as always!
May I ask you something?
I see in the BTS video that when you browse the photos on Capture One, you are able to do a 100% zoom in a little circle while maintaining the default "fit on screen" zoom.. how do you do that?
As a frequent user of the software I'm really interested in that! :-)
Thanks

Ah no problem. That is the "loupe" tool which should be activated by pressing "p" or in the drop down magnifying glass menu over the image browser

I love your BTS videos! Thanks for a glimpse into your work!

Really glad you liked it. You should check out my other videos! I have about 3 dozen like this on my site

Oh I have! Watched many of them over and over haha (Mach 5 FTW)

Good job Douglas. This work is great. You have such a talent and it looks like you found a great retoucher too.

Keep plugging away and hopefully we can see you doing some blockbuster film posters.

Oh man, thats the plan!
And you're right, no photographer can really thrive without an awesome team

Great stuff, thanks for taking the time to share your project Doug!

I look forward to all your posts. As a novice, Iove learning from the best.