Photographer Aaron Anderson has once again created an amazing set of images that came from an idea he could not shake. It's often been said that anyone can do something once but to keep coming back with impressive results is what differentiates the best from the rest.

Aaron seems determined to throw his hat into the ring to be considered among the best! Once he has something in mind, he listens to the urge to create it, bring it to life and just goes with the flow.

With this concept he had in mind, he knew he needed a unique location. Just a couple of hours from where he lives stands a gorgeous venue called the Lost Valley Ranch so of course he contacted them. Some videographers and photographers can only dream of having access to such a naturally gorgeous location within driving distance of their house! 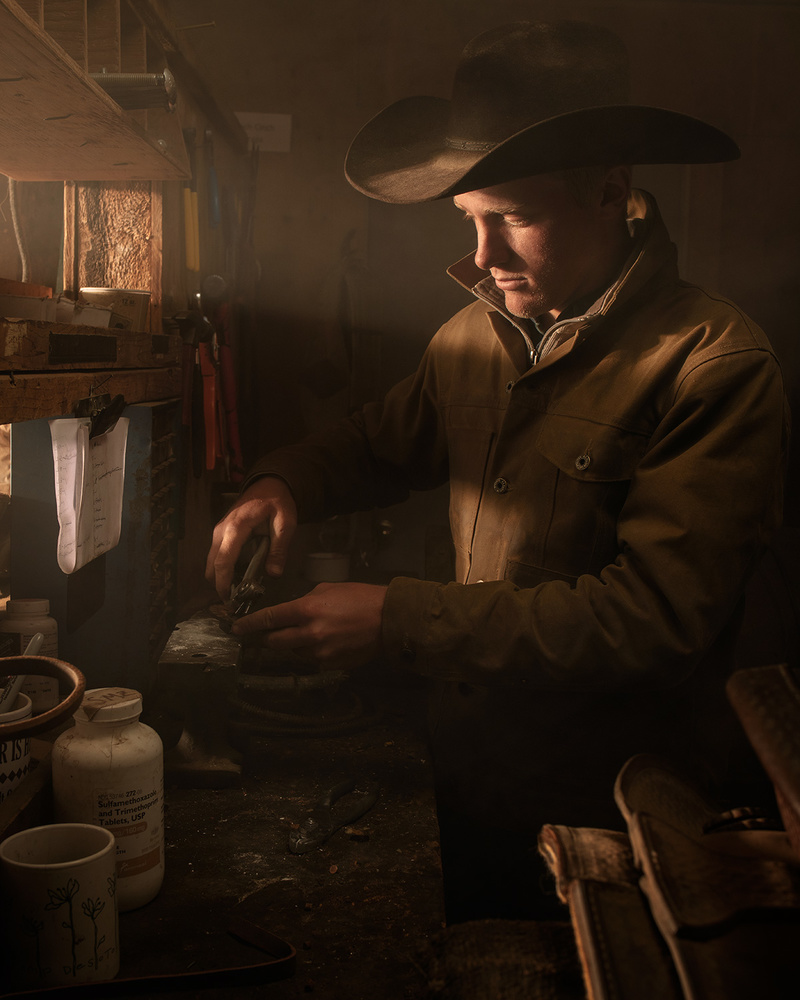 Coincidentally, Tenbe had just released a new camera bag named the Axis, which is an uber tough tactical style bag. It was a natural collaboration with the brand to test the bag out in the dirt during the shoot. Anderson always tries his best to find ways to collaborate on his personal shoots which is a really smart way to add value to your own personal exploration and experimentation. Typically the brands will be on board as one can really showcase a whole range of products with the behind the scenes approach.

Sometimes I think when people see images like this it feels like it just happened, but in all reality it takes weeks, in this case months, of planning to have everything “come together” magically.

This probably speaks more so to our society as a whole as we often judge people based on “highlights” instead of taking the time to appreciate the full breadth of work that went into producing the final result. 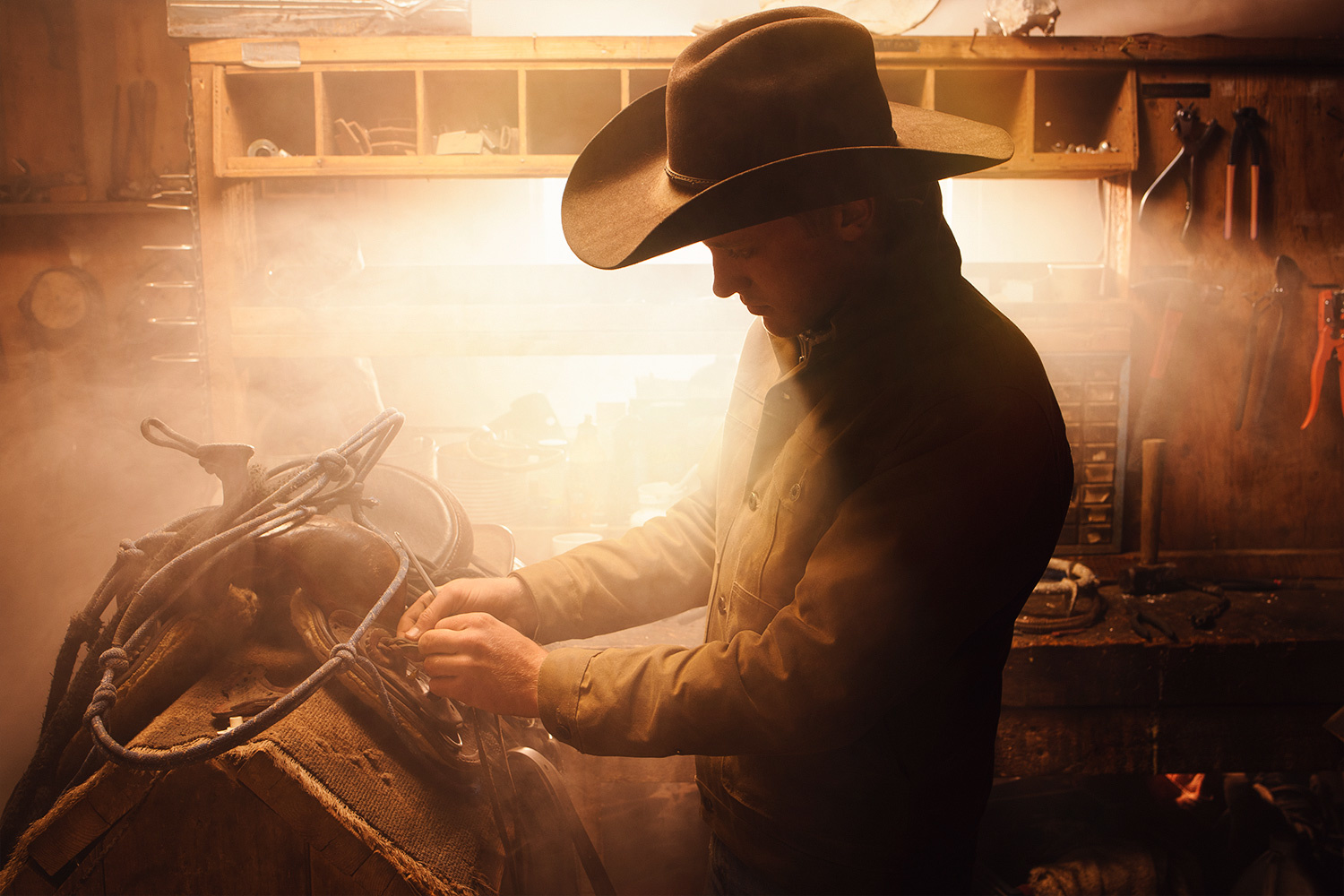 Anderson always advices other photographers to be relentless about their vision. Do not be willing to sacrifice the quality of your vision just to make something, wait until it’s what you want it to be. This includes shooting at a different timing, changing out the location or talent, or putting in even more money. He emphasizes not to move forward with an idea if you are not setting yourself up to succeed on every level. 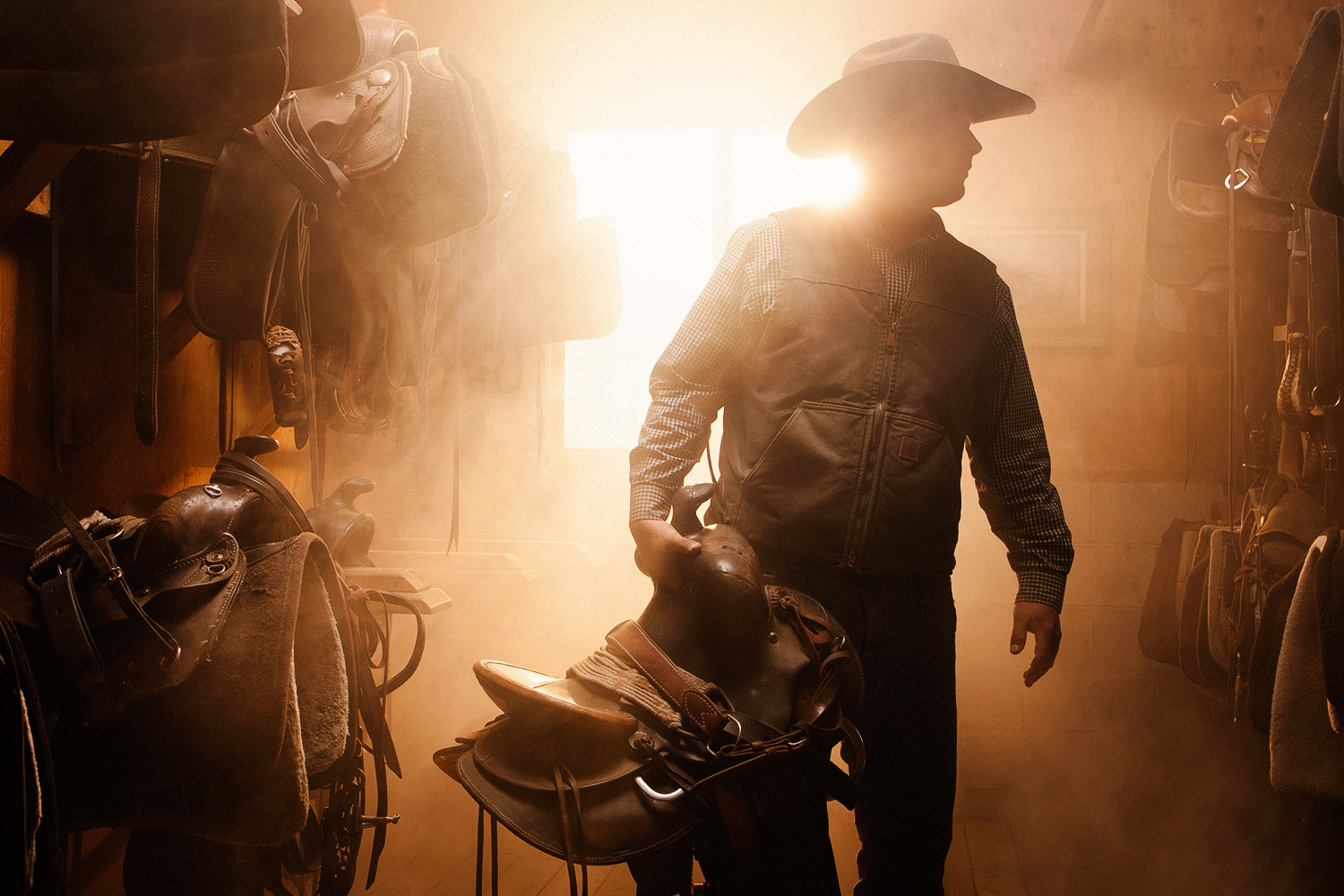 This idea of being relentless and sticking to your vision is not just for practice during your personal work but is also crucial when it comes to client work. Having a clear vision and execution is what we are paid to do after all and the more practice you have at that, the more relaxed you’ll feel with the clients. When you’re doing a personal project, Anderson challenges you to make it as realistic as possible. This means having hair/make up, assistants, great locations, challenging subject matter, talent/models, the list goes on and on. Don’t think “I’ll just go out and make great pictures without any planning”, in Anderson’s experience that is very rarely the case. 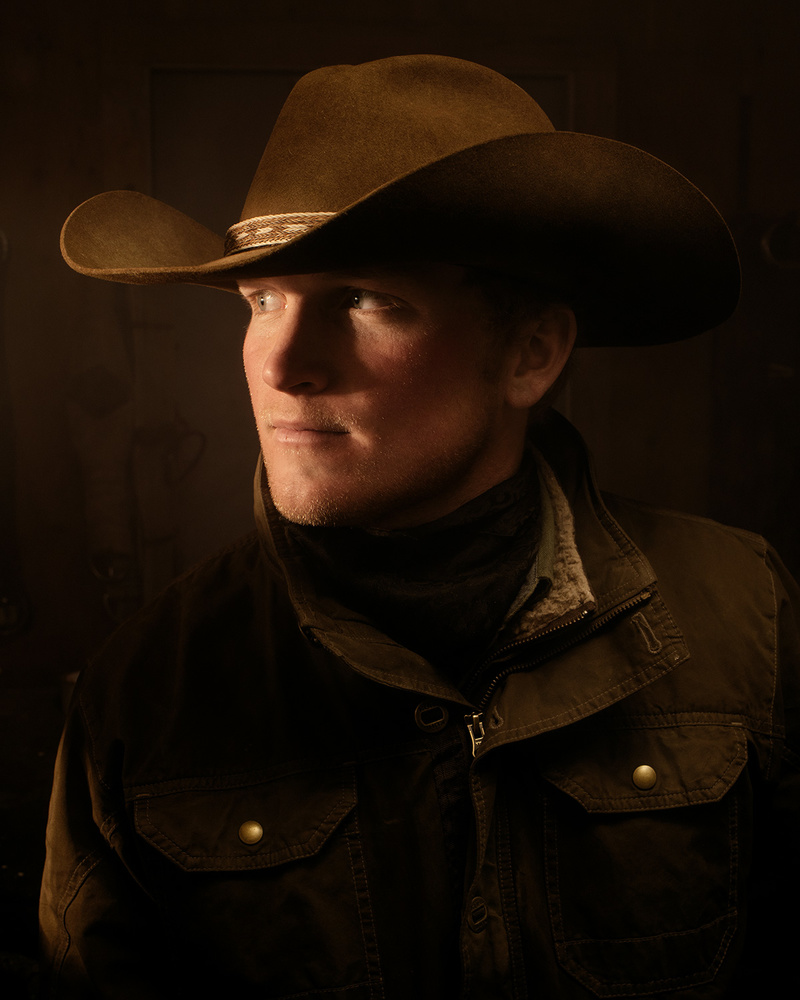 After scouting the location of the shoot, Anderson knew he wanted to create a sort of cinematic day in the life of these ranchers. There was a specific location on the ranch (where the tack room and saddles were) that he knew he wanted to be for the majority of the images, but he also wanted some horses and to showcase their really rustic barn area. With that in mind he shot in the tack room first because he would not need to worry about what the natural light was doing. After Anderson and his team did two setups inside, they spent the remainder of the time, during sunset, shooting outside with the wranglers. 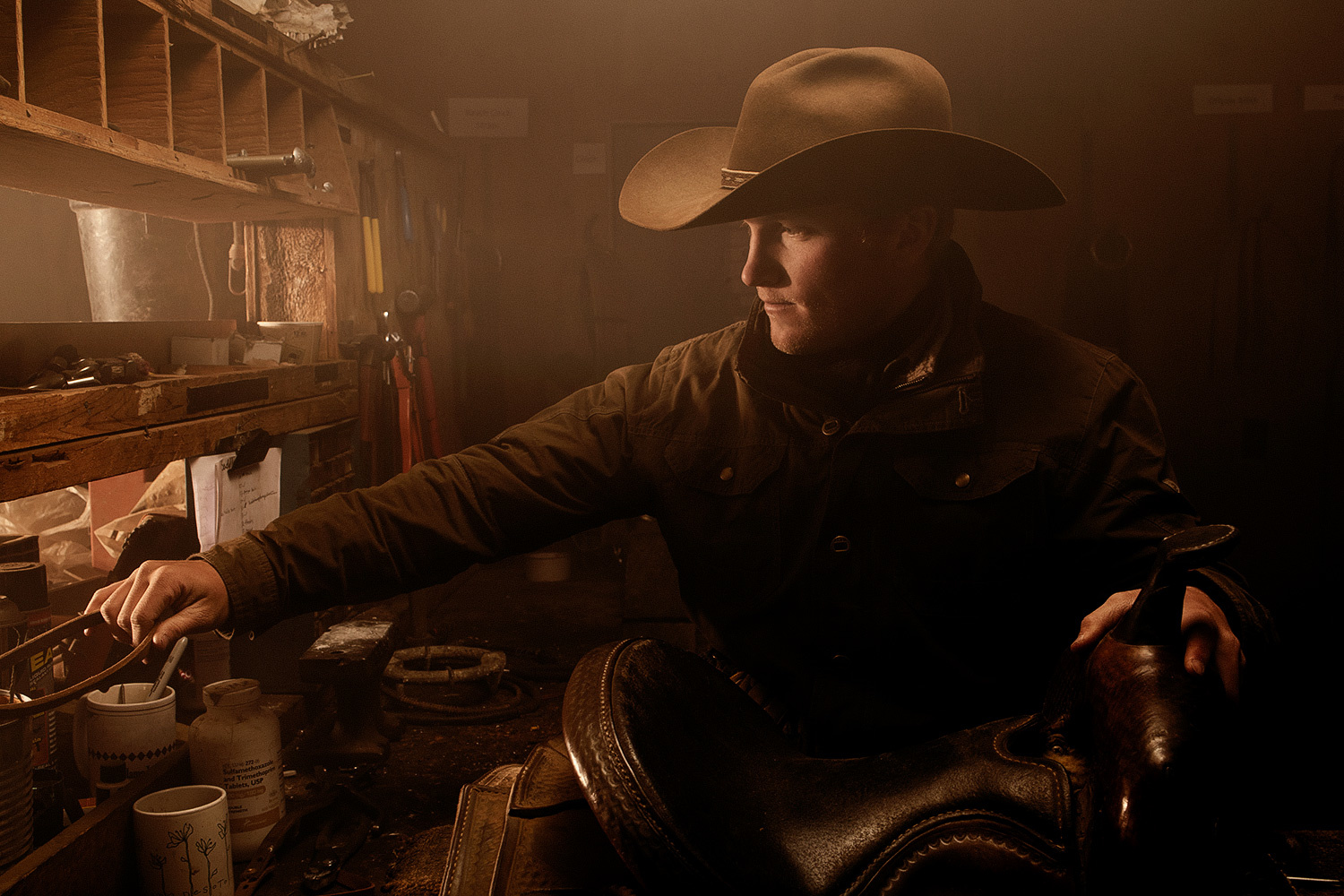 Anderson’s major roadblock with this shoot was not knowing exactly who he was shooting with when he and his team arrived. The ranch was kind enough to let the wranglers shoot with them, but there were also guests, and not everyone could be available/willing. They ended up with 5 different wranglers, two of which Anderson knew they would have and three they ended up snagging as they were walking around. Talk about added pressure on the day of the shoot, right? Kudos to Anderson and his team for executing like true professionals! 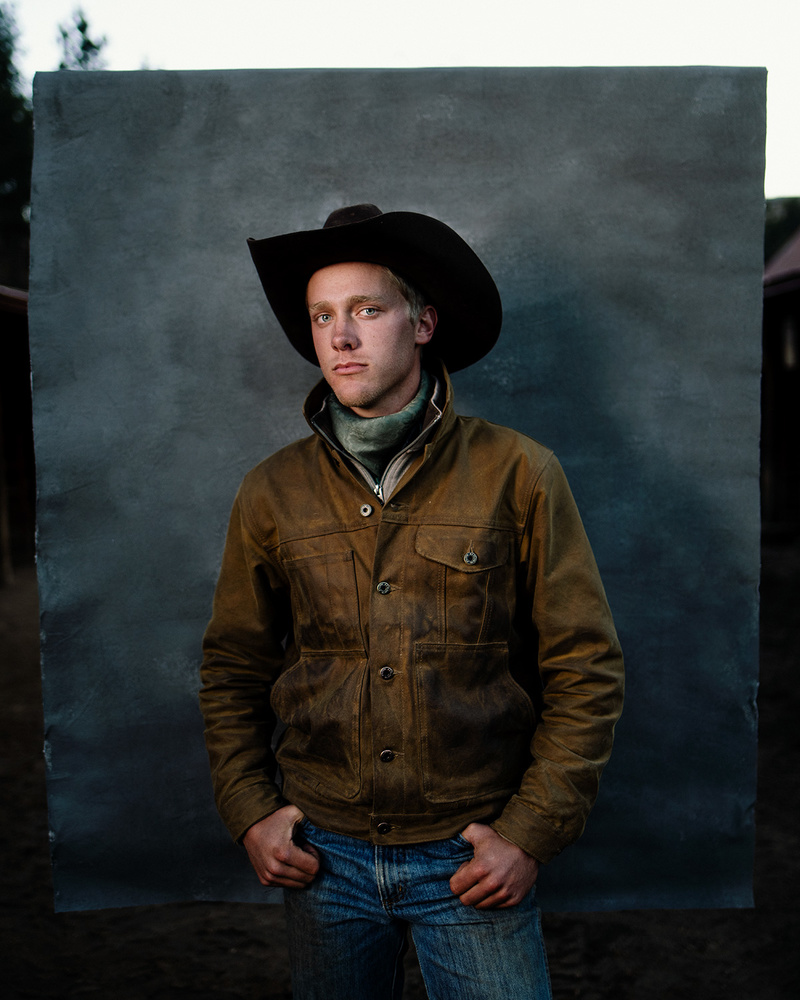 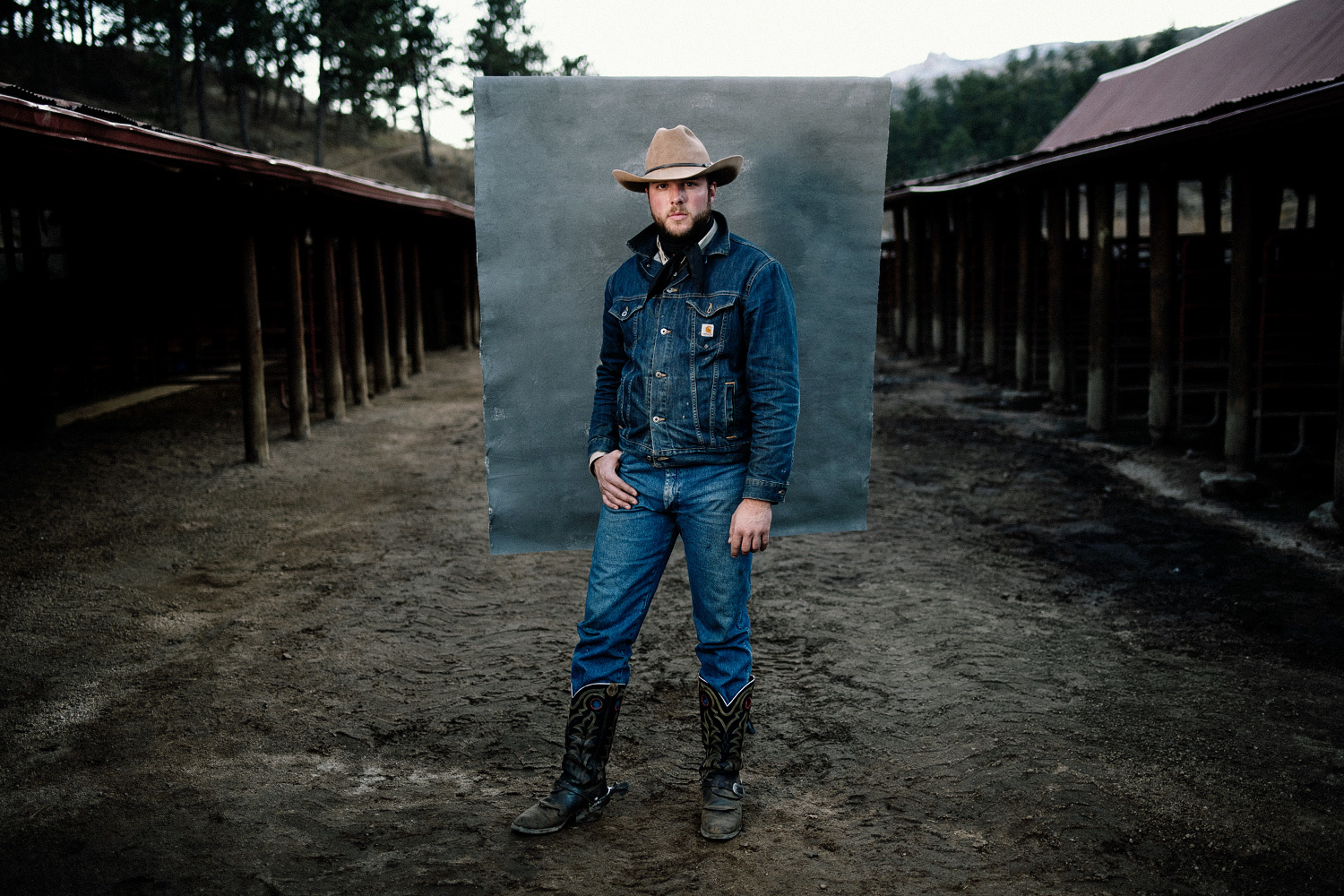 If you are excited about your work, and you’re consistently producing stellar images, people will WANT to shoot with you.

Case in point, one of the wranglers wasn’t so sure about having his picture taken but once he saw what Anderson and his team were doing he was really excited which brought even more people into the mix! Some of Anderson’s favorite images from that day were with this wrangler and he knows that the wrangler was glad he had his picture taken that day. 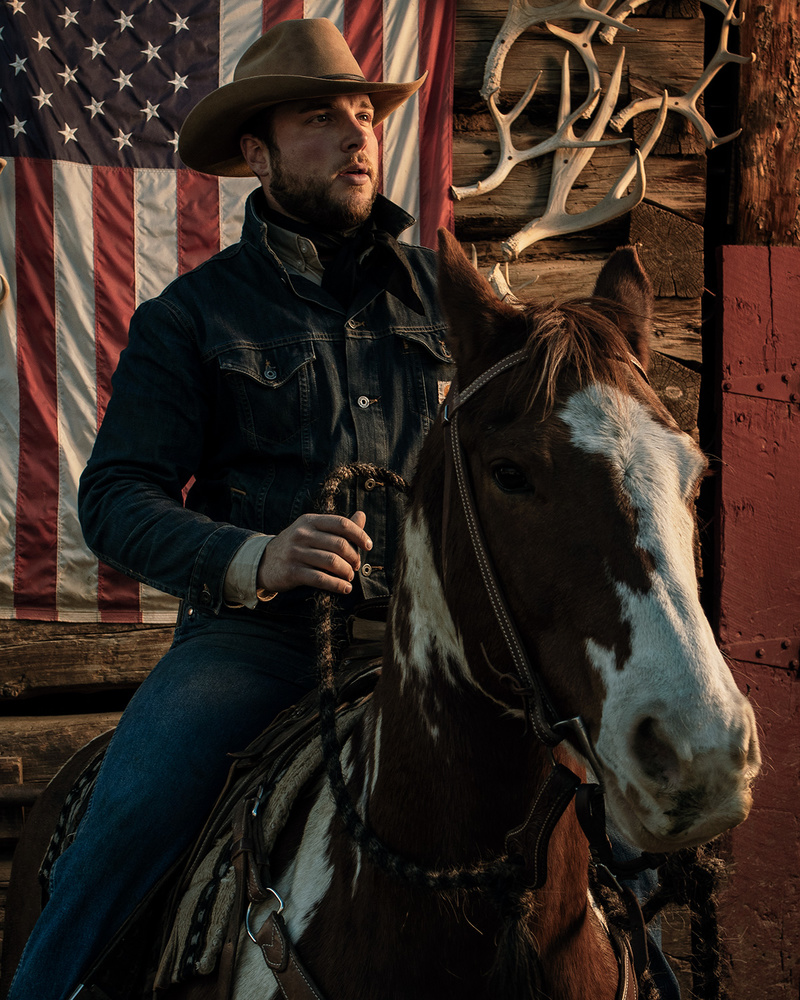 After talking about all that planning for this shoot, Anderson mentions that there was also an element of adaptation the a photographer needs to have. Indeed! Don’t we all need to be better at adapting both as photographers and simply as humans? For all the indoor venues, Anderson knew clearly exactly how he was going to have the lighting setup. However, as soon as they went outside, he had to make some big changes. The first main issue was that there was no “Golden Hour” light. With that in mind, they ended up making their own sunset by the barn using a gridded reflector and a 53”Octabox. The image ended up looking exactly as Anderson had pictured even though they were not able to use the natural light from the sun as originally planned. Anderson also had to re-think the final portraits as the light quickly turned into more of a “Blue Hour” and he wanted to utilize that to show some of the environment. In the end, he was able to get all the images he was there to get, even though as usual it took a little improvisation. 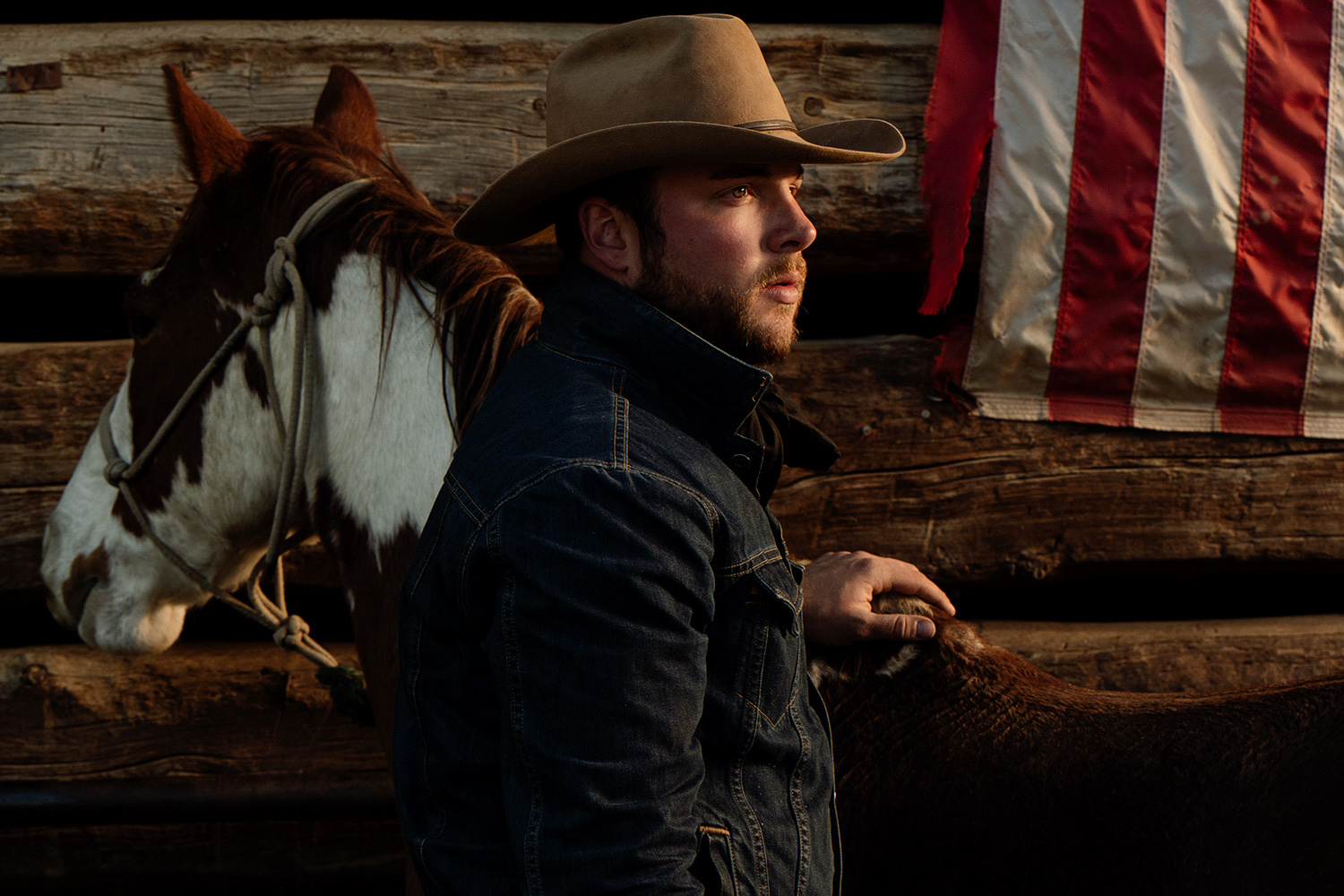 As photographers I think it is very important to be well versed in many lighting setups so you can create or modify any scene to be exactly what you or your client is looking for. Take the time to practice on location and in studio as often as you can so when the day comes you can make it look like everything is going according to plan!

SET UP FOR TACK ROOM: 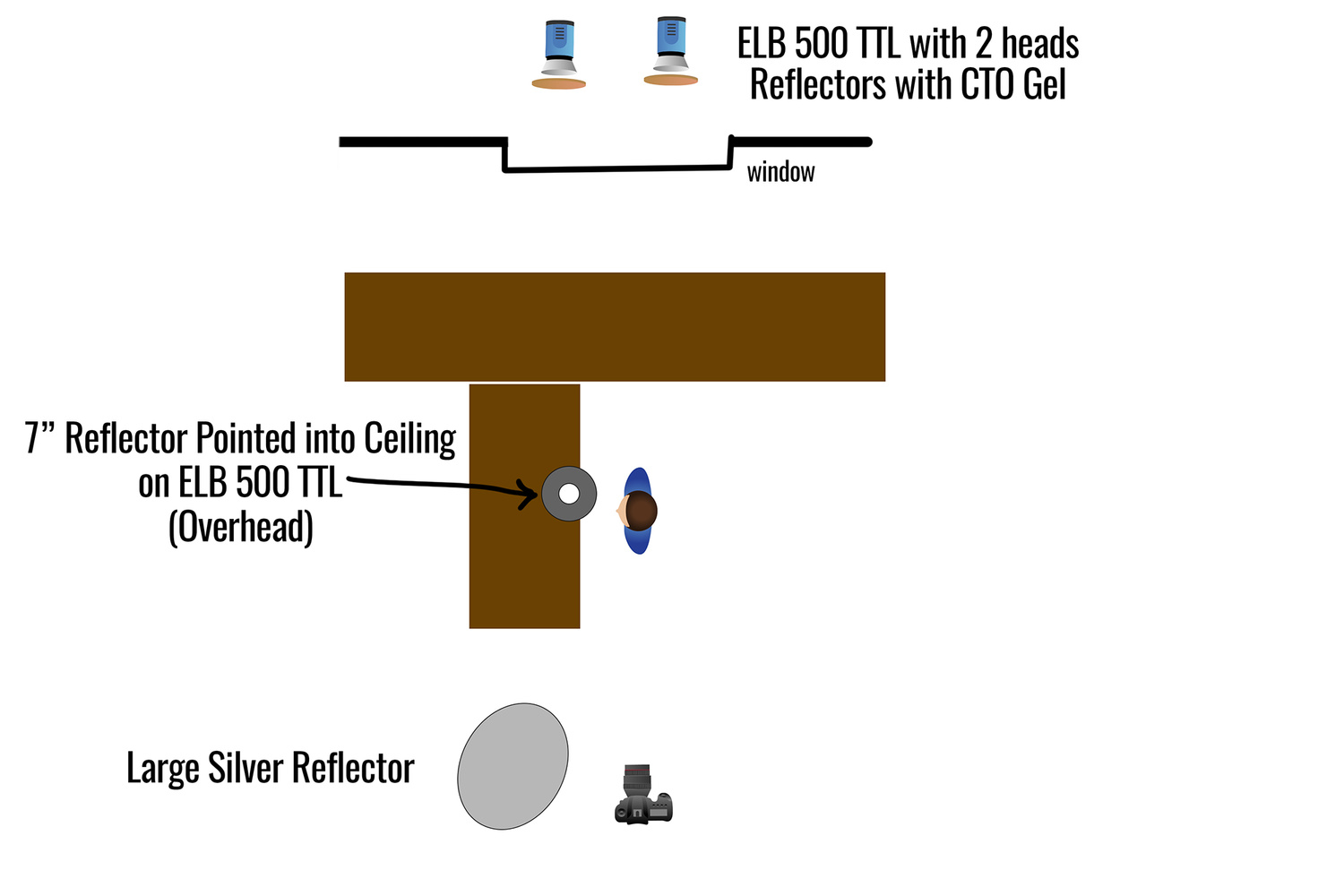 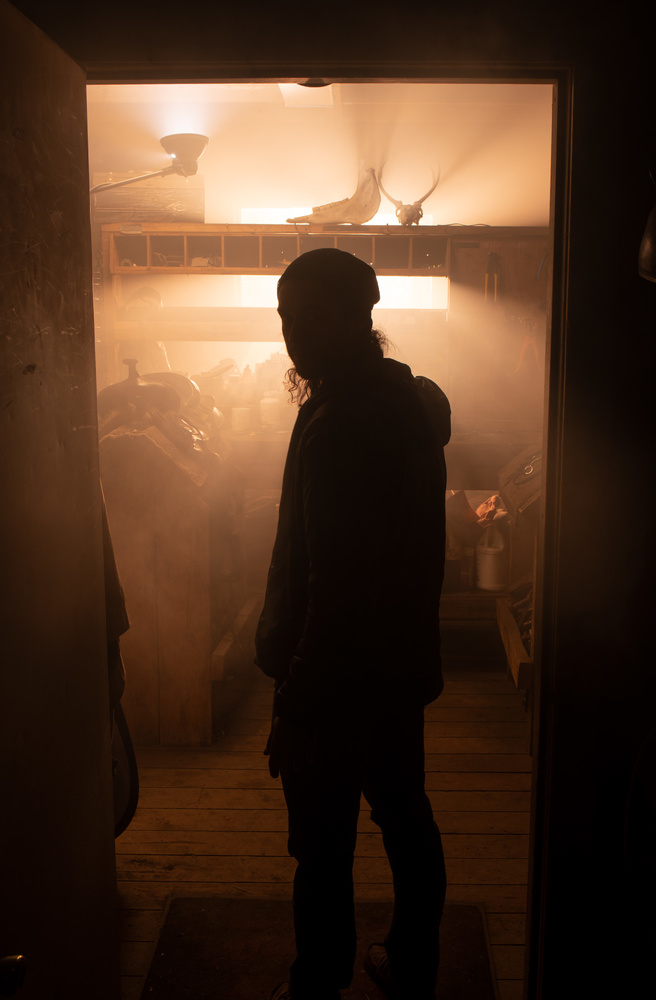 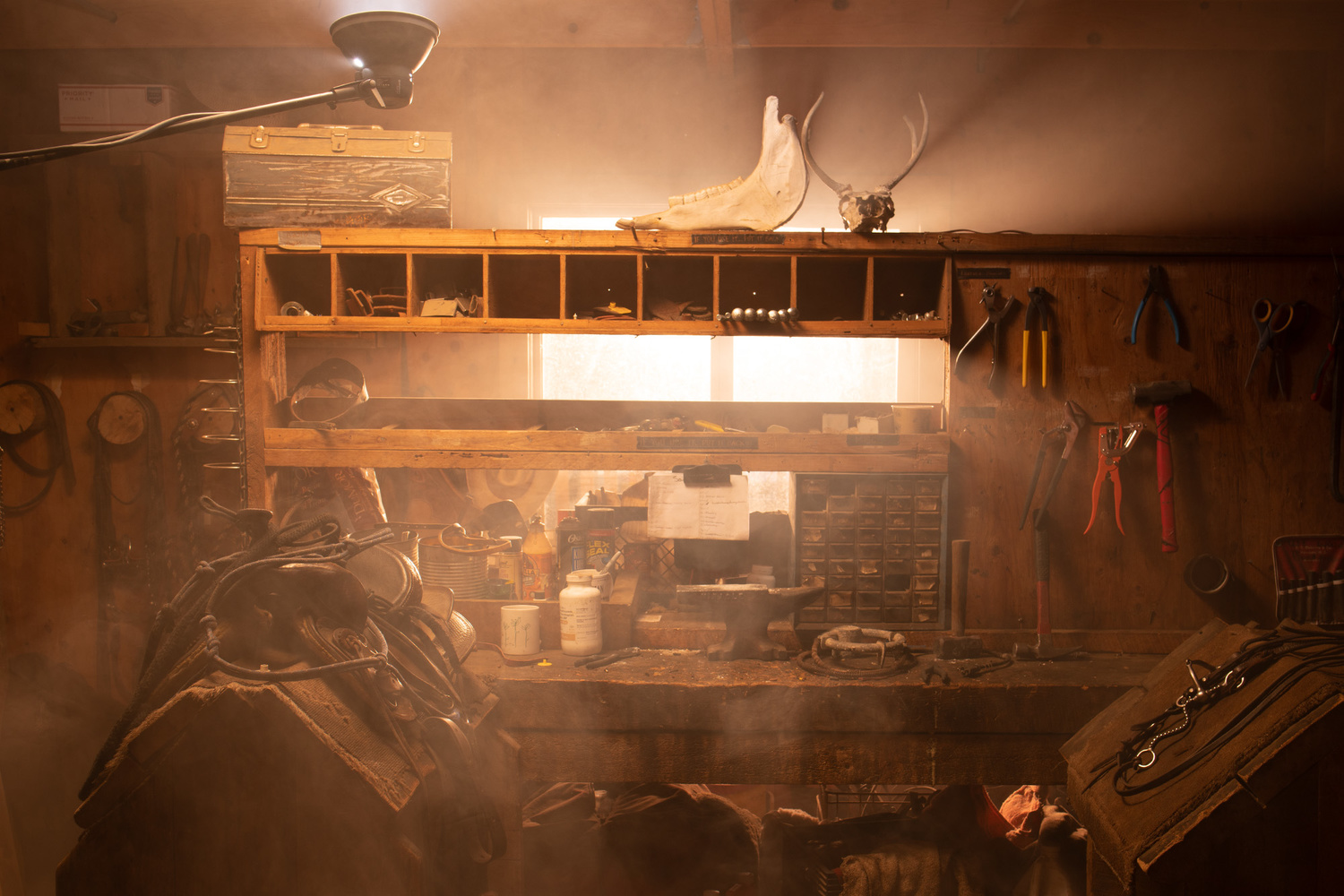 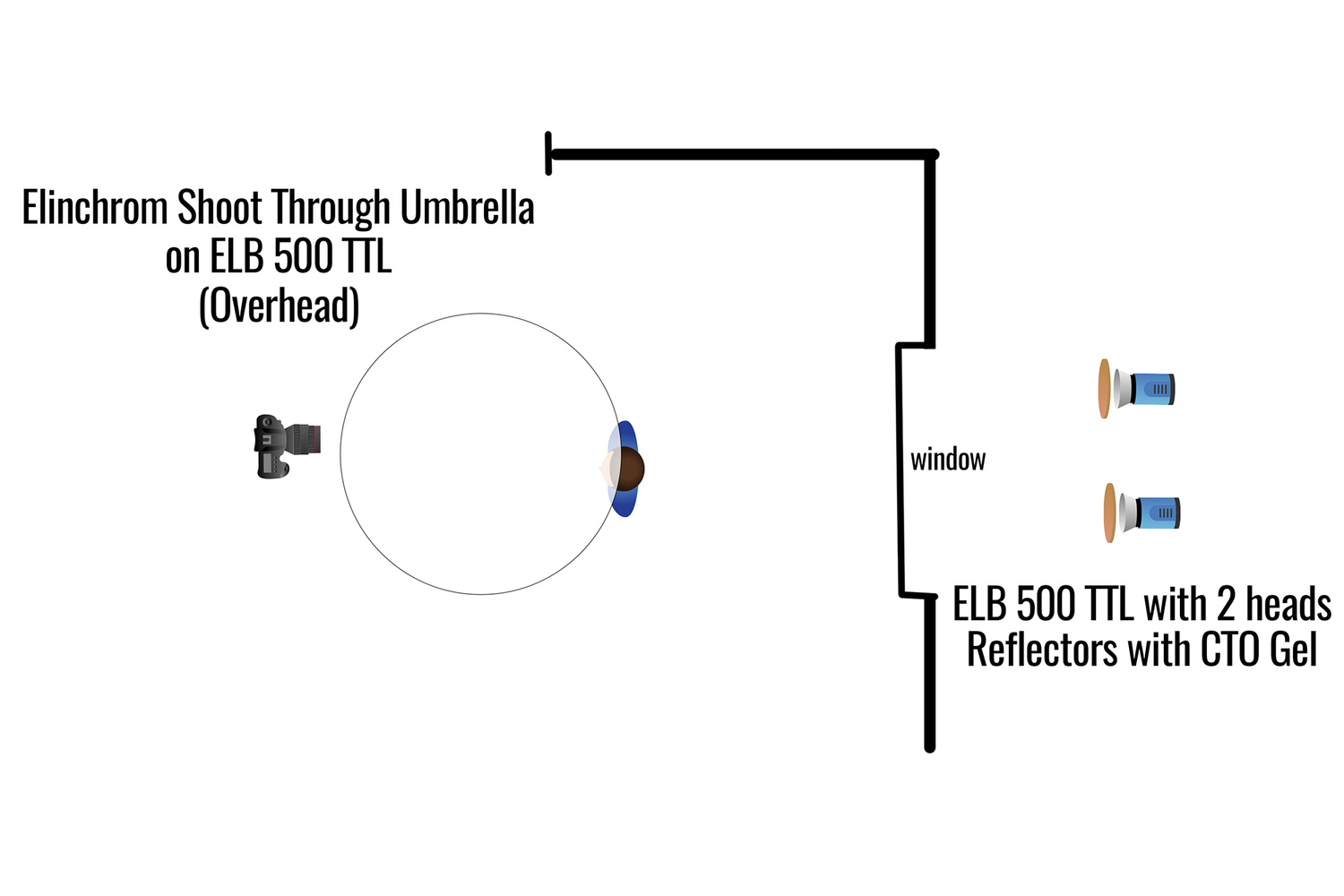 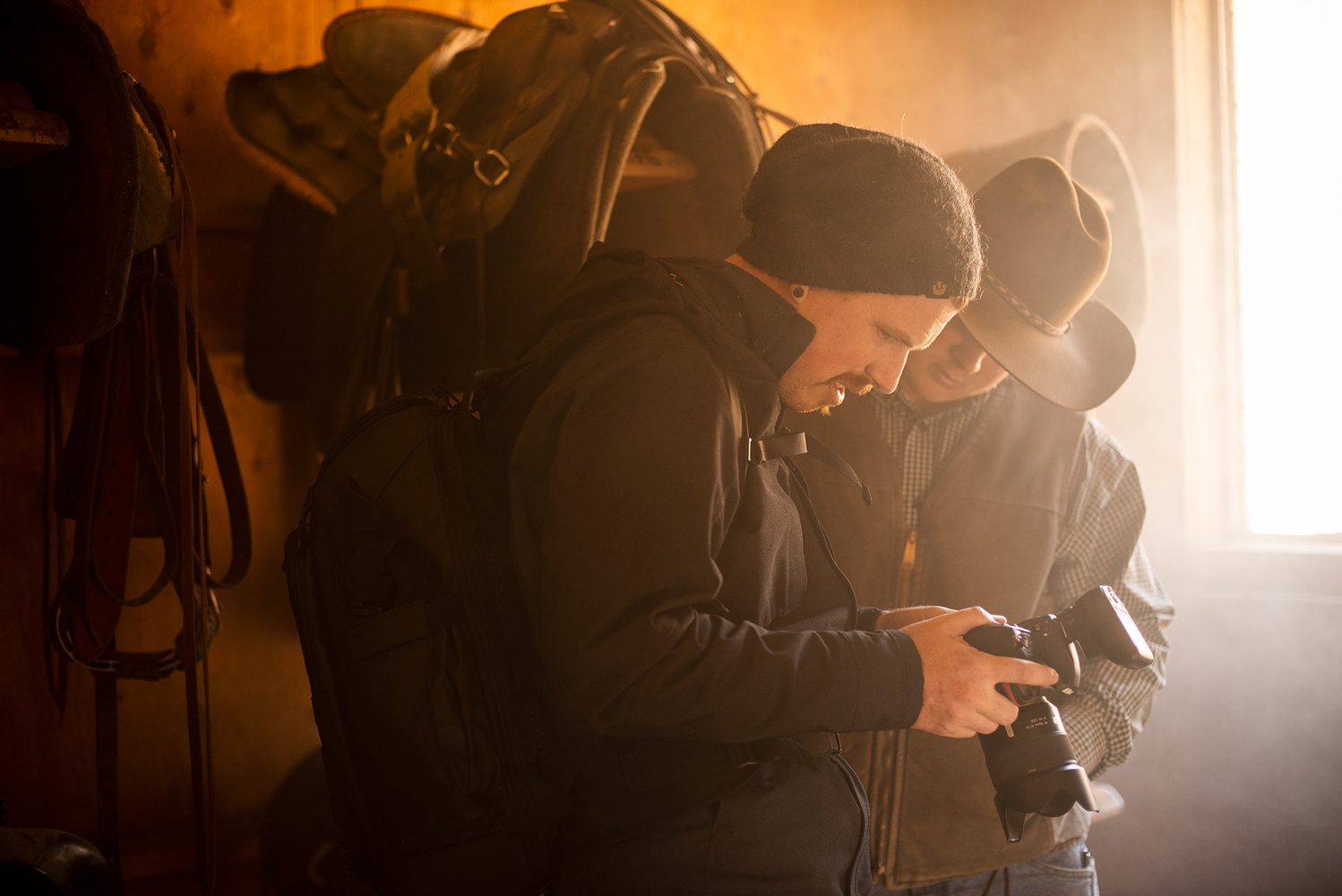 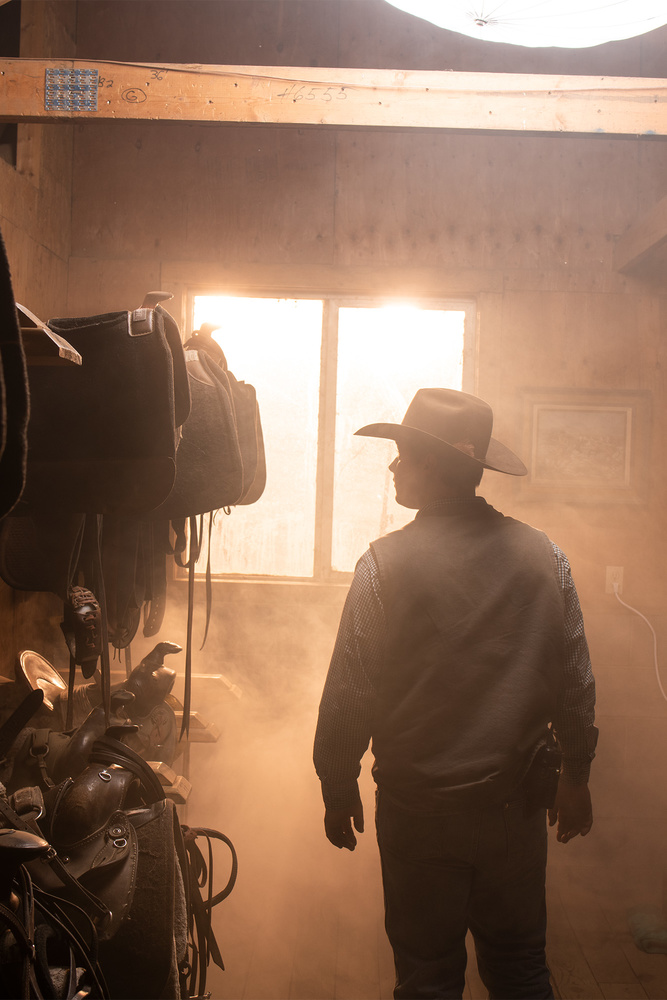 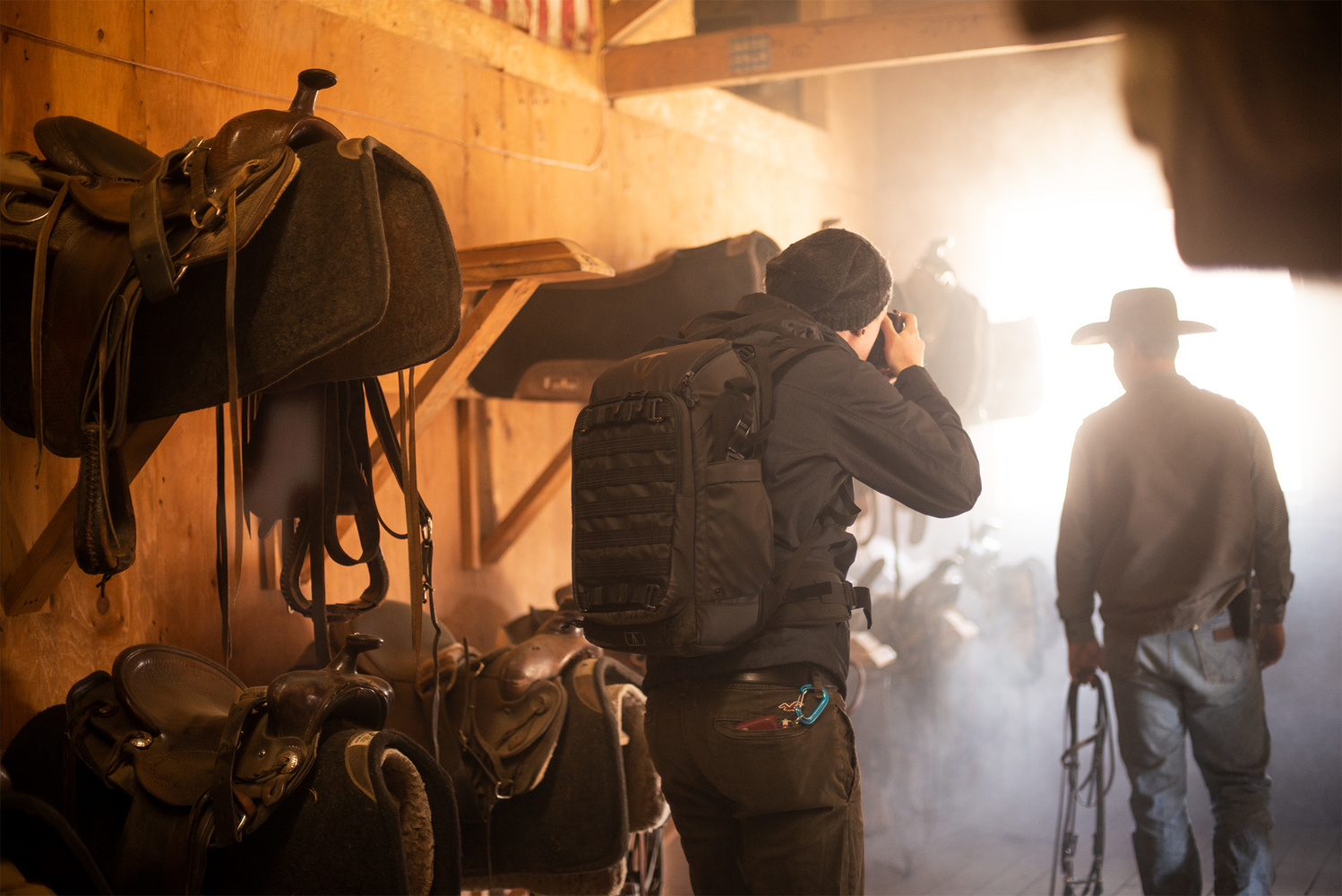 SET UP FOR BARN: 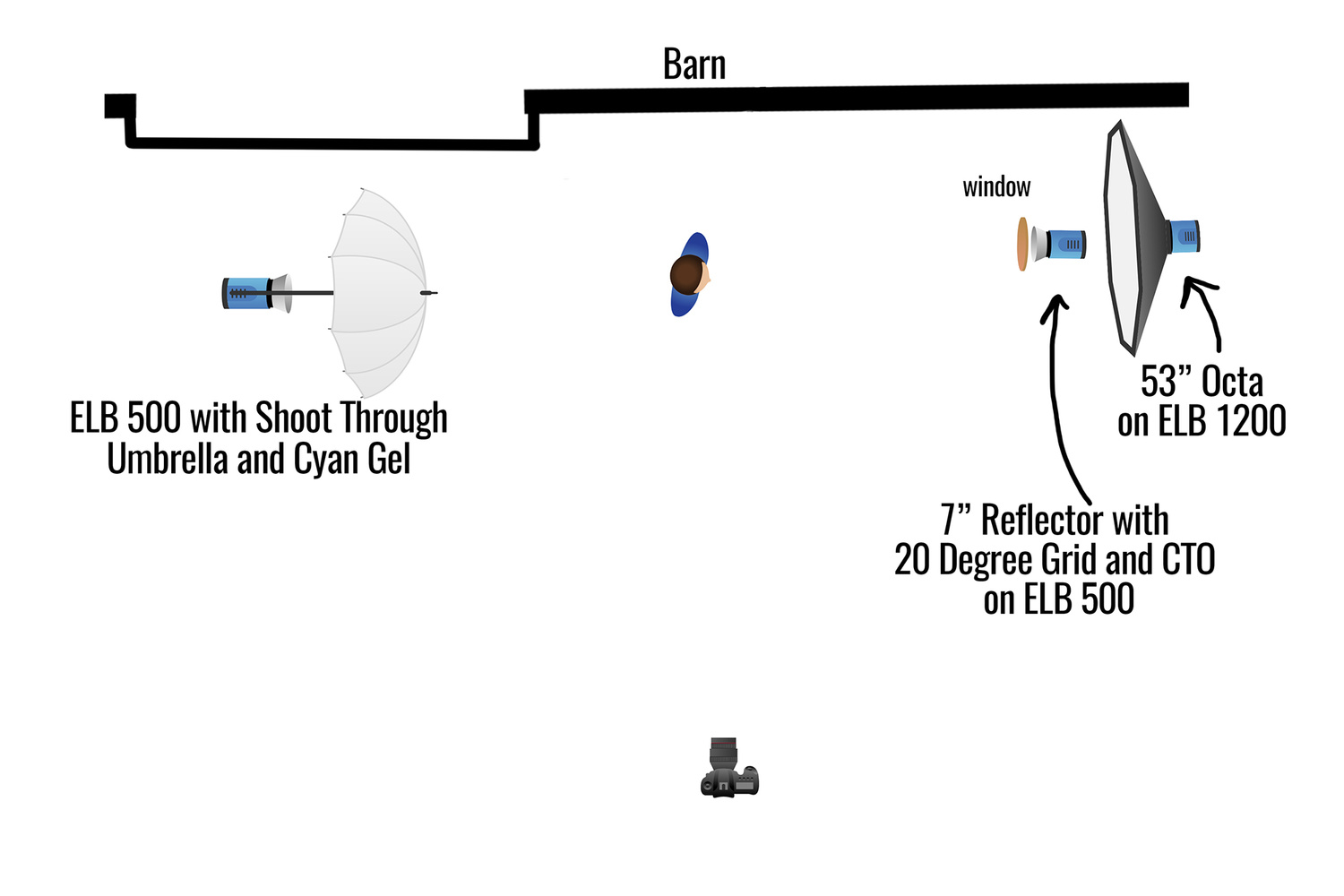 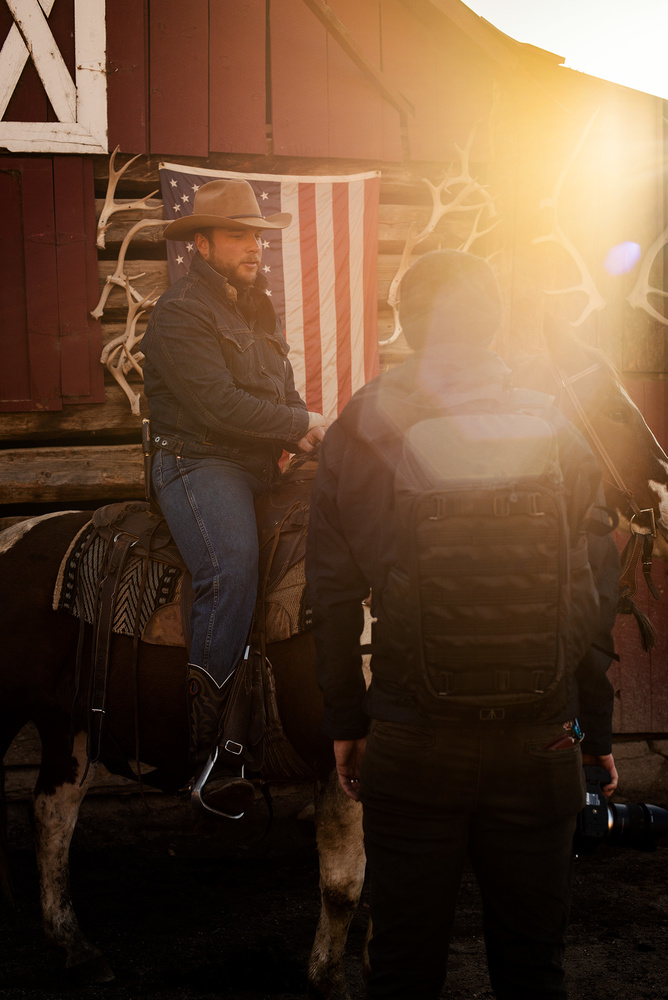 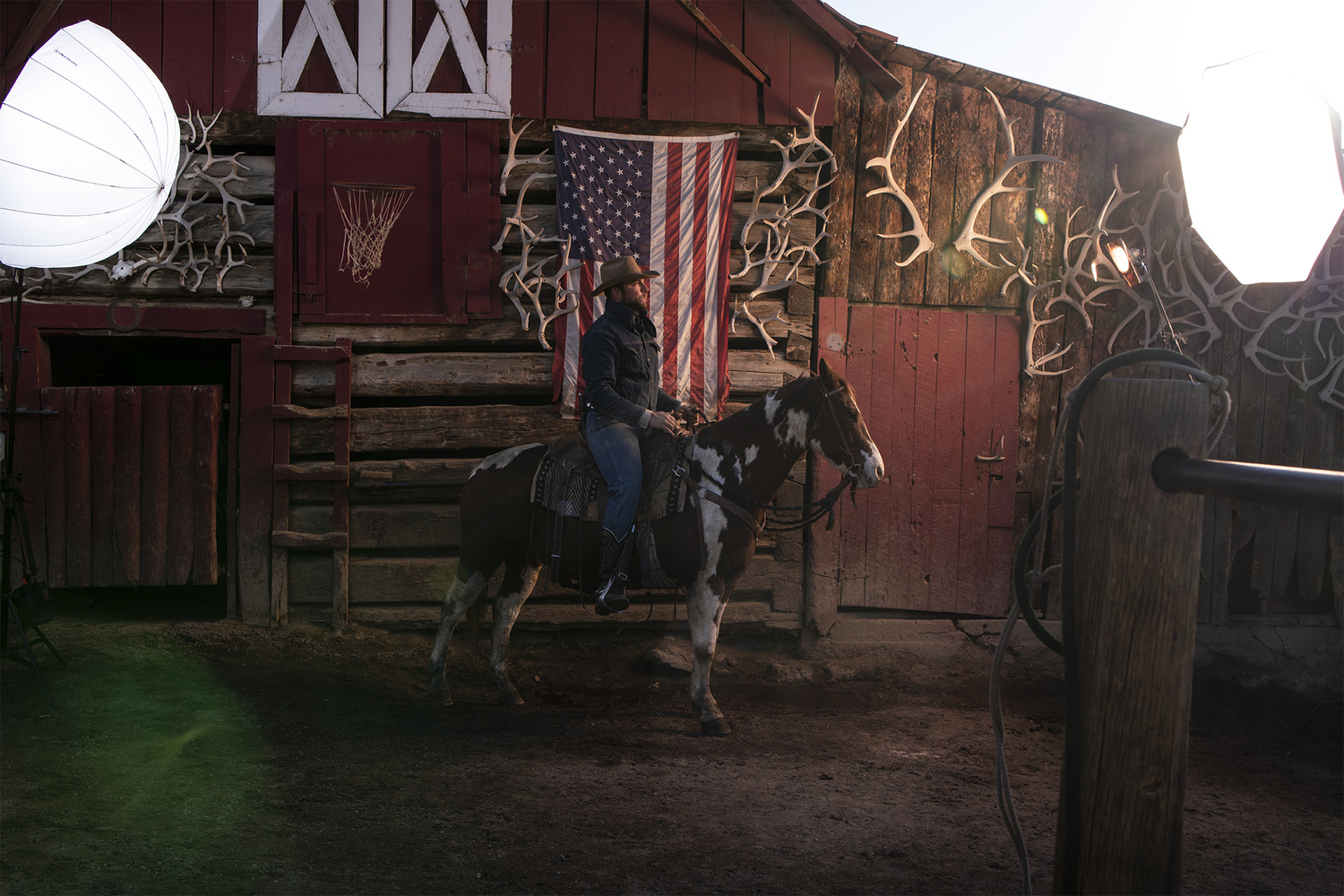 Set up for portraits: 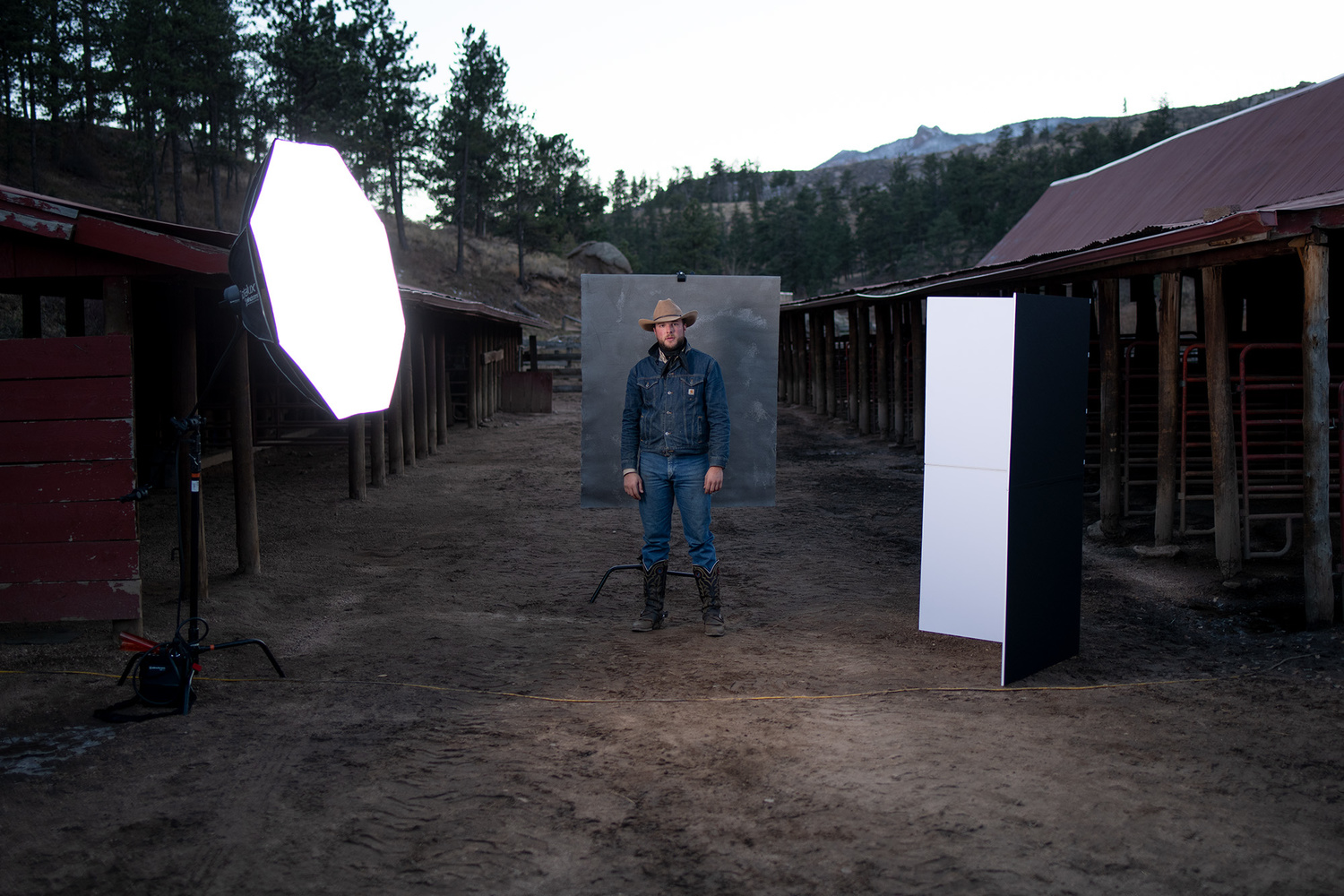 I love what I do, and this shoot is a great example of why. There is something about walking away knowing you have actually created something that only existed in your mind until today. This was actually what made me start taking pictures, I wanted to see what was in my mind come to life. Just seeing it pop up on the screen in real life is enough for me, it’s that sense of accomplishment that drives me. I think the take away from a shoot like this is that you need to do the work up front, you need to be able to focus on taking pictures when you’re on set, and that’s impossible to do when you have a million problems and questions that aren’t addressed. Your ability to have a clear head and deliver is everything, it will also make you more fun to work with, because you won’t be stressed out all the time! Don’t be stressed… be awesome!

This is such a brilliant write up. These images... unbelievable. Artisan of his craft.

Thank Robert and a HUGE thank you to Shavonne for all her work on the article!

Great work. My subject matter is 100% farming and ranching, so I love this!

Such a great place to shoot, and thank you Scott!

I couldn't agree more, I love shooting in the studio, but there is something about being out on location that is so much more enjoyable! Thank you William!

Great article! I appreciated seeing the diagrams of the lighting setup.

Thanks Jen, glad it was helpful!

more article like this pls... and thank you Shavonne!

Thank you sir, and thanks again to Shavonne!

Seeing work like this reminds me I'm a moderately competent mug.

I don't think you said who the shoot was for. Was it a magazine, an ad or something?

Hey Rod, this was mostly a personal project, but it was also a collaboration with Tenba bags.

Anyone know what backpack the photographer is wearing?

It's the Tenba Axis, it was part of a collaboration with them.

ALWAYS keep your backpack on when shooting, it adds to your cred XP+1000