Commercial and fine art photographer Jan Gonzales was commissioned by Fujifilm Global to create a series of images using the GF 250mm f/4 telephoto lens for the Fujifilm GFX system.

He was really excited when he got the email from a Fujifilm to do a special project for a new lens. Who wouldn’t be, right? What an amazing opportunity to work with a company like Fujifilm, and not only that, but to trial some of the greatest in photography tech! Awesome! As if that wasn’t enough, the best thing in having this kind of project is having full creative freedom to play around. Jealous yet? I am!

Gonzales has always admired other photographers who constantly shoot at epic locations but never really realized until this project how enormous the obligation is to make sure everything goes smoothly. Failure is just not an option, especially when it’s for a company like Fujifilm. He knew he had to give it his best. With the comic book craze flowing through Hollywood films at the moment, would it be too corny to use this opportunity to say that with “great power comes great responsibility”? Please don’t judge me. 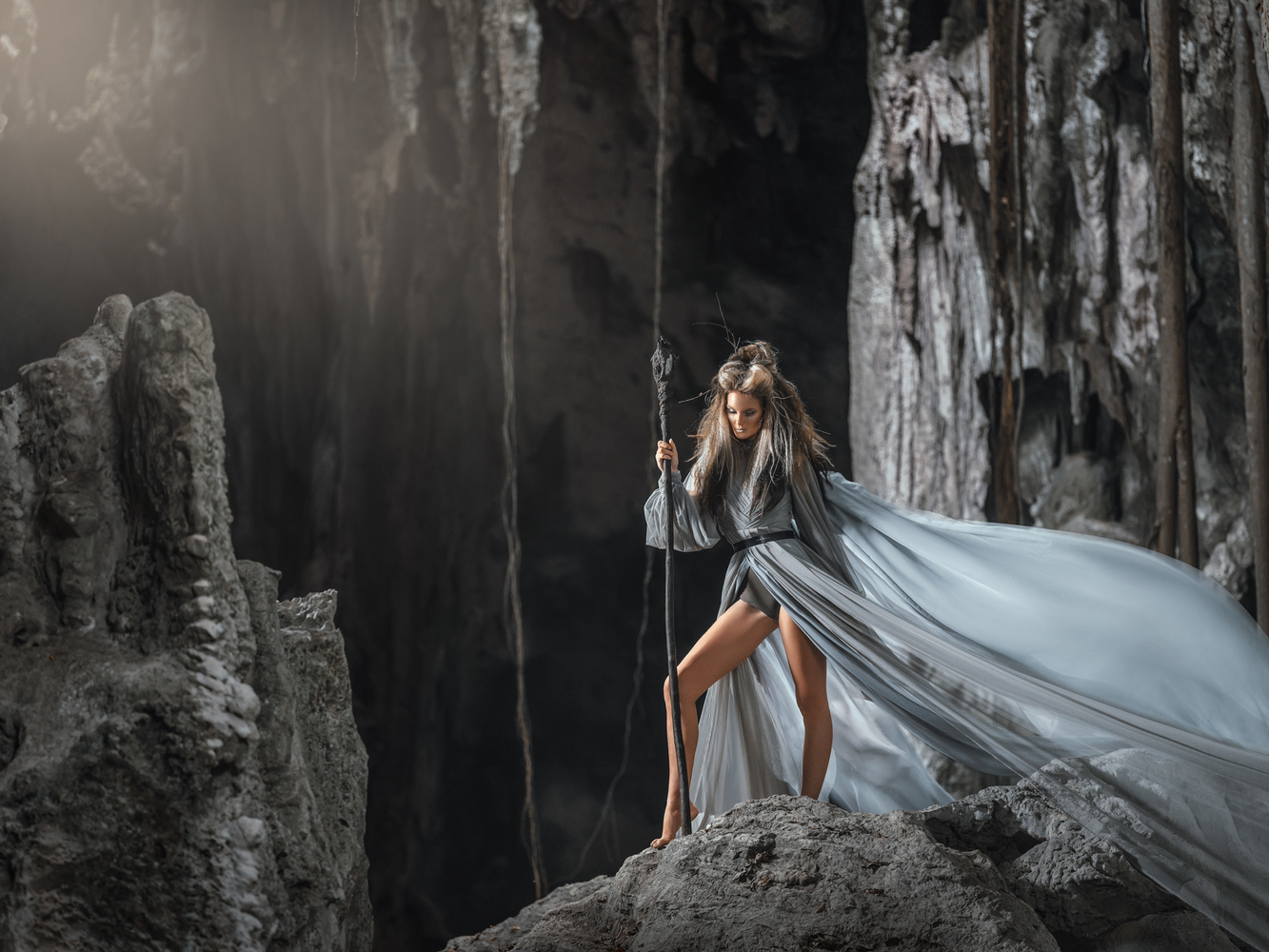 Due to the freedom of the project, he had many concept options to choose from. However, he was only given a timeline of two weeks to finish it, which obviously added quite a bit of pressure to the project given how many variables were involved.  One thing was clear, though: considering that the focal length of the lens Gonzales needed to work with was 250mm, it would be ideal to do the shoot on location.

Gonzales then remembered a cave that he saw on his friend’s social media post that was a two-hour drive away from his town and immediately scheduled a trip to scout the location before he made his final decision on location and concept. That sentence almost sounds made up. Who are these lucky people who have caves to shoot in within two hours of their house? Gonzales, that's who!

Together with his friend and production designer, they went to the location that same week. When they first got there, they learned that they had to hire a guide to even go into the cave, as it would involve a 45-minute trek. Awesome shoot location, awesome shoot opportunity, and exercise! Win-win-win! It also didn’t help that there was no clear and established path along the way and they could easily get lost. So, they hired the guide and started their exploration. What they learned was that it was a steep uphill trek and was definitely not an easy climb. However, when they finally got to the main cave aptly named “The Cathedral,” the view that was in front of them was so magical that the long, arduous journey to get there was immediately forgotten. He knew that that was it; he had found his location.

There were definitely some challenges, but Gonzales was willing to take the risk. First, he had to deal with crew and equipment logistics. A trek going into the location with no gear was already a challenge. Bringing in triple risers/c-stands and a portable generator to charge batteries would be a major effort as well as majorly impressive! 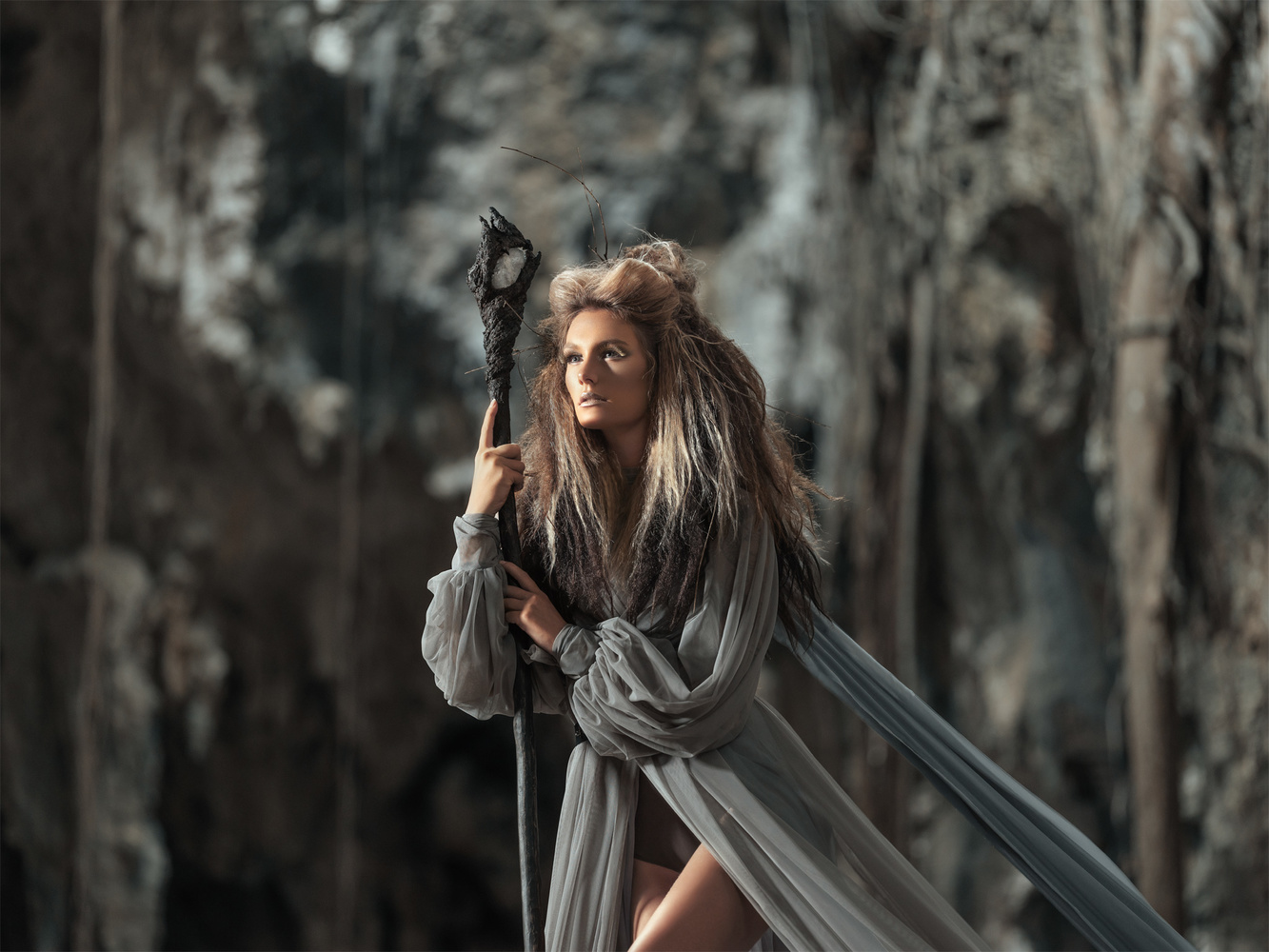 Gonzales knew he needed the heavy triple riser stands, as he wanted the model to be on a rock formation and he needed his light to be level with or higher than the model. The ground surface was really rough and unstable, so having the light where he wanted them was tricky. Another major challenge was the weather, as it was still the rainy season. If it rained, going up would be harder and going down wouldbe practically impossible.

The cave was a little dark inside, but the openings at the top brought in amazing light. Gonzales hoped to have a sunny day on the day of the shoot so he could have the gorgeous light rays peeking through the ceiling of the cave. This sounds magical.

Gonzales assembled a crew of 36 people including himself. They had an art department, which was in charge of creating smoke and other creative things, makeup artists, two models, wardrobe stylists, food, and even a set nurse. The total crew number of 36 was already reduced from the original 50 people, as there was just so much to handle. They had to assign most with dual duties just to cut down on manpower, as the smaller the crew, the easier it’ll be to manage.

On the shoot day, call time was at 4 am, and they started to move out at 5 am for the two-hour drive to location. Right at the start, there was the drama of one of the models not turning up. Good thing the model agency was able to quickly rectify the situation and find a replacement immediately.

The shoot was scheduled to start at 9 am, but one of the makeup artists started to feel unwell and had palpitations due to the steep trek to the location. Thankfully, Gonzales had planned for a nurse to be on set, and it was all taken care of.

Gonzales chose to use the Profoto B1 and D2 1000 as his lighting equipment for consistency and durability.The lighting scenario was very contrasty and a bit tricky to balance. Thankfully, Gonzales found the Fujifilm GFX system second to none, and it had performed just as he had expected along with the GF 250mm f/4 lens which held up 5 stops of image stabilization. 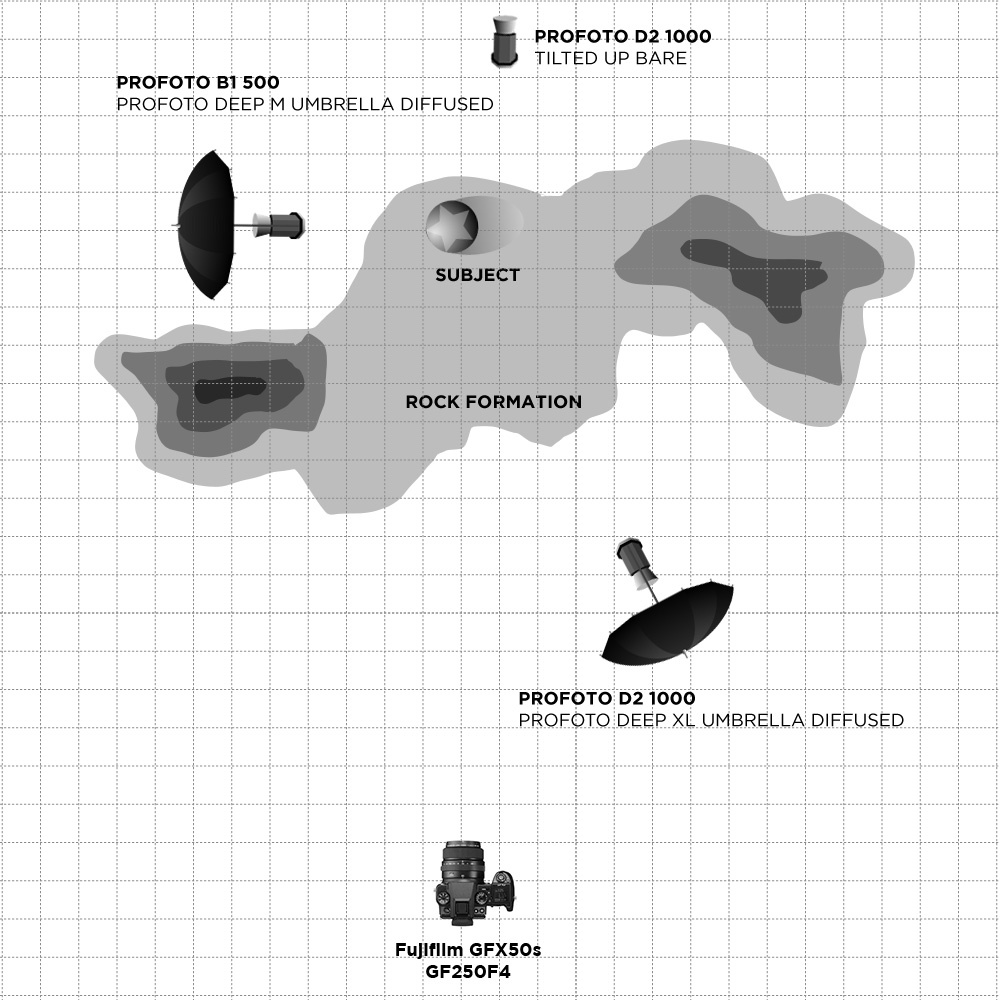 His lighting setup for this shoot was very simple. He had his main light on camera left, covered by the rock formation, giving her light on the face. He also lowered his shutter speed so as to use the available light as environment fill. He had one Profoto D2 1000 on a White XL Deep Umbrella for subject fill powered just enough to match ambient fill of the environment while filling the shadows of his subject. Lastly, he had another Profoto D2 1000 bare shooting at the back part of the cave just enough to show some details on the darkest areas where the ambient fill did not reach. 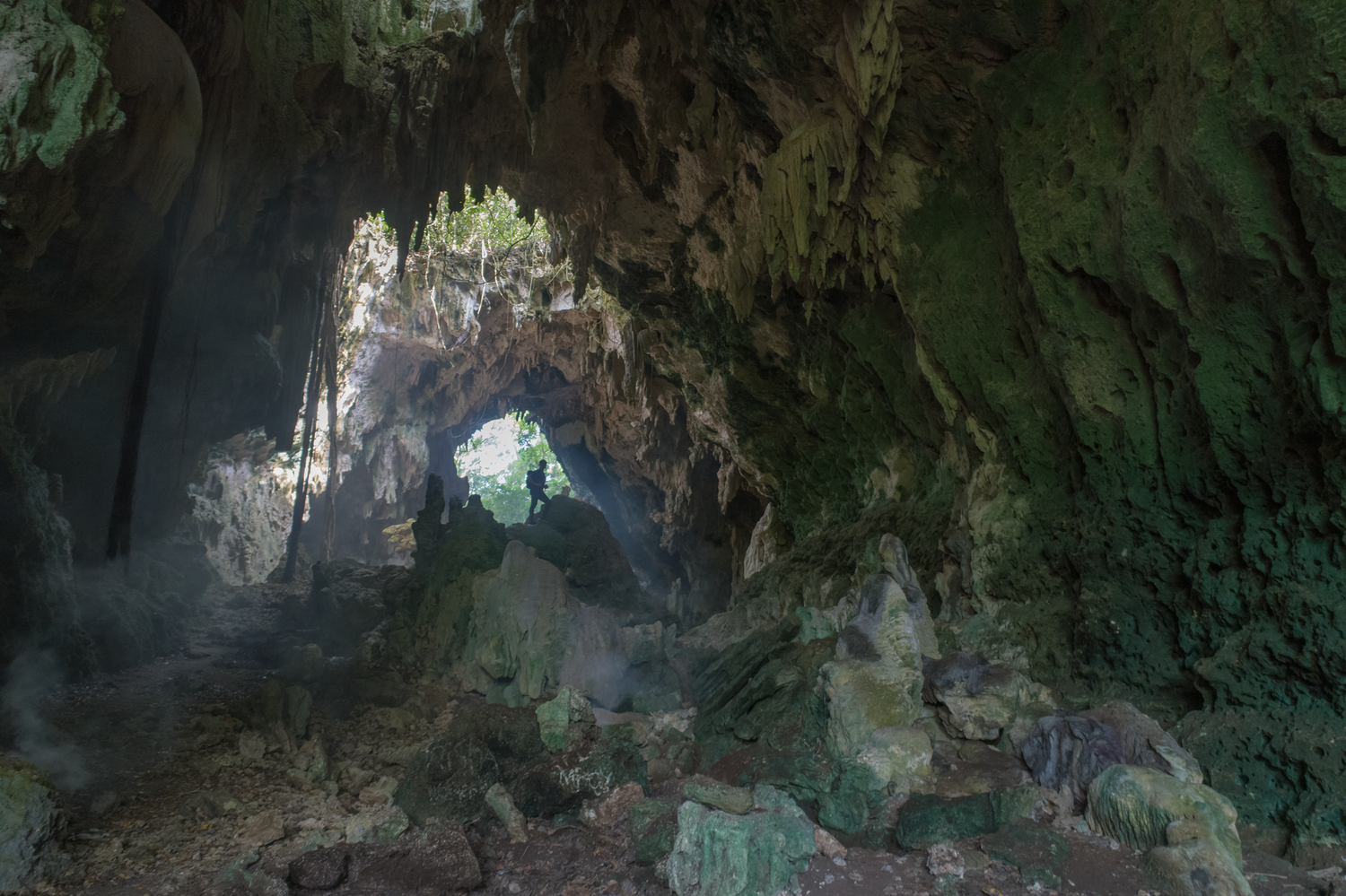 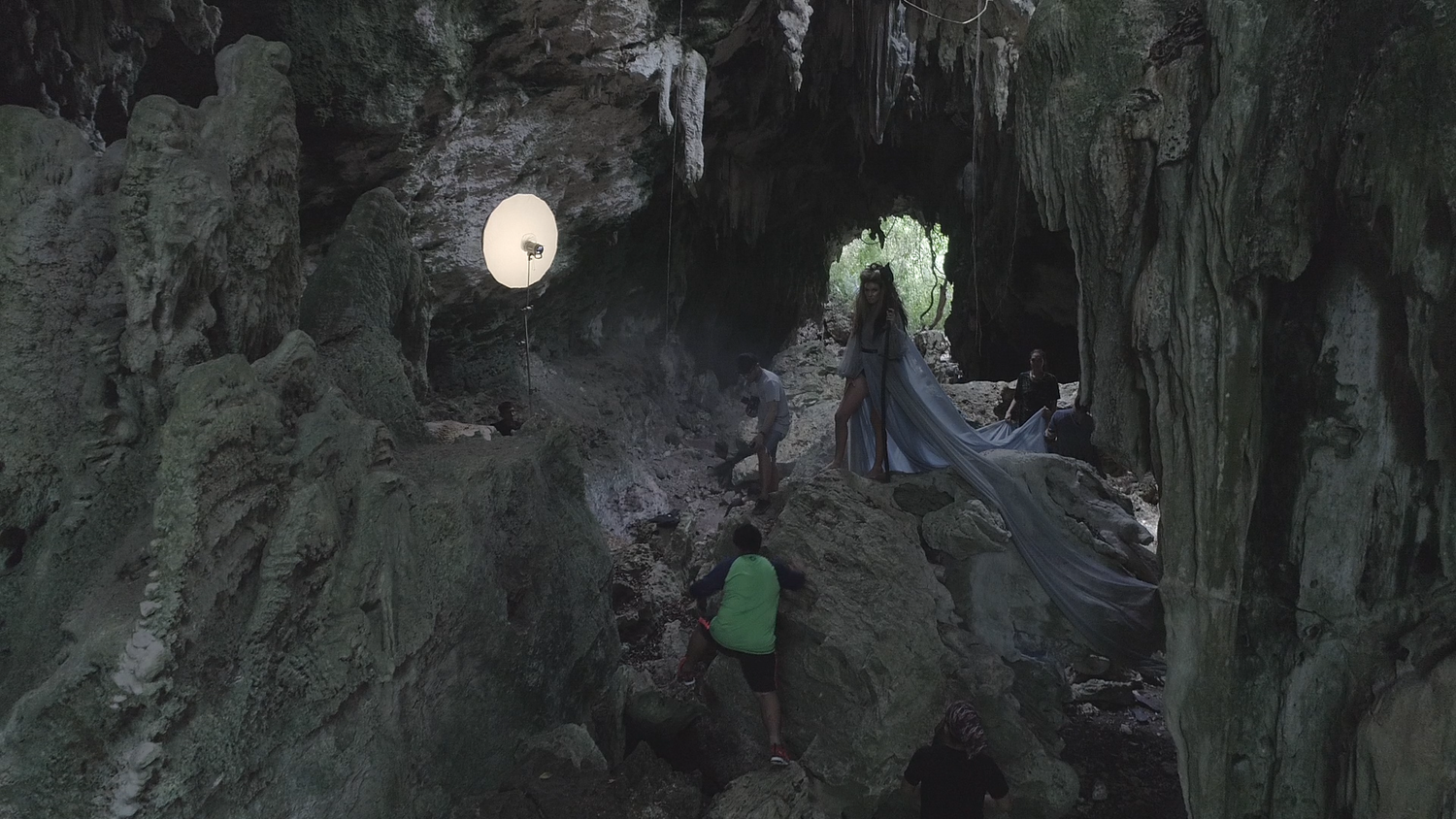 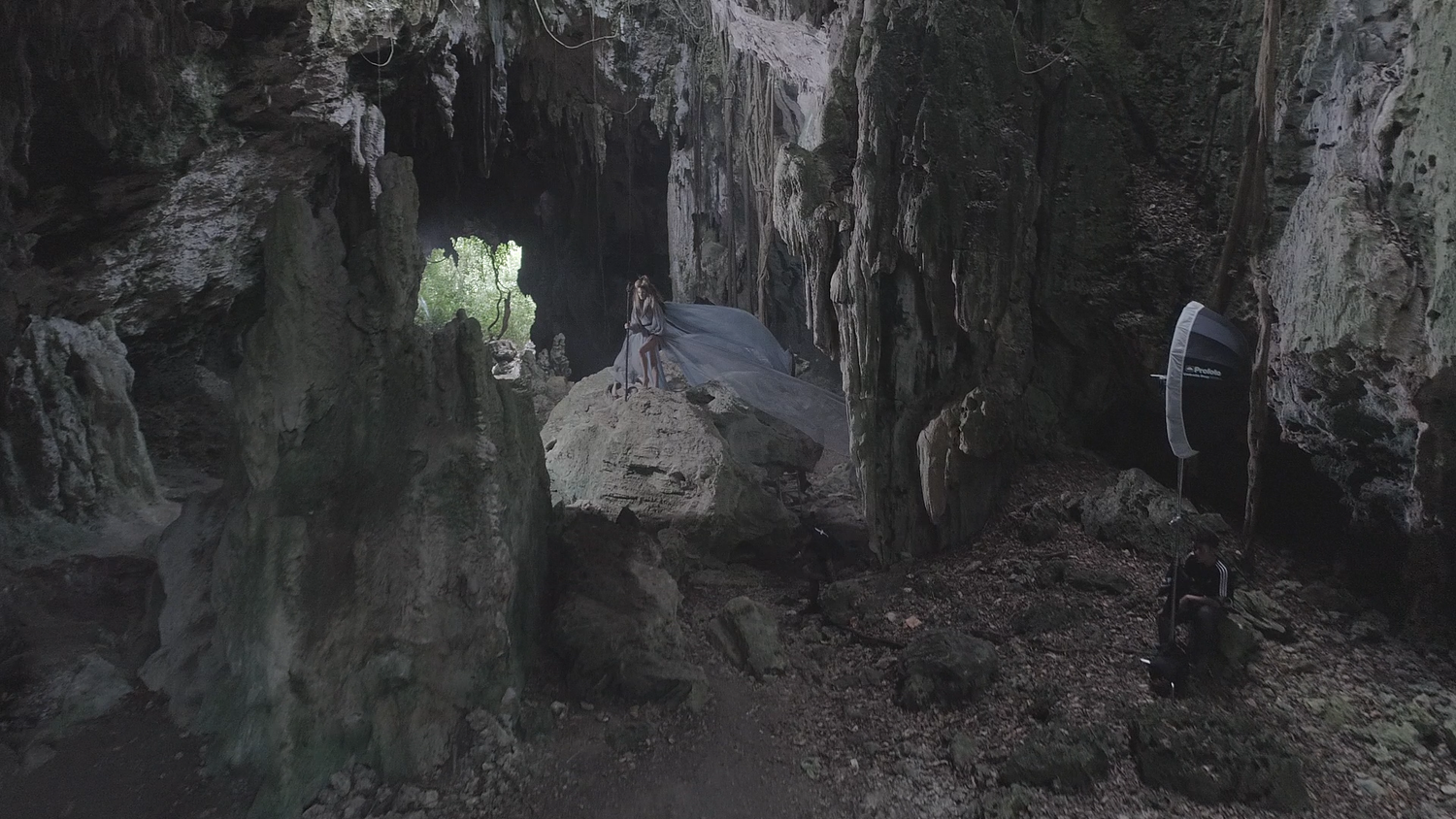 Other Shots from the project: 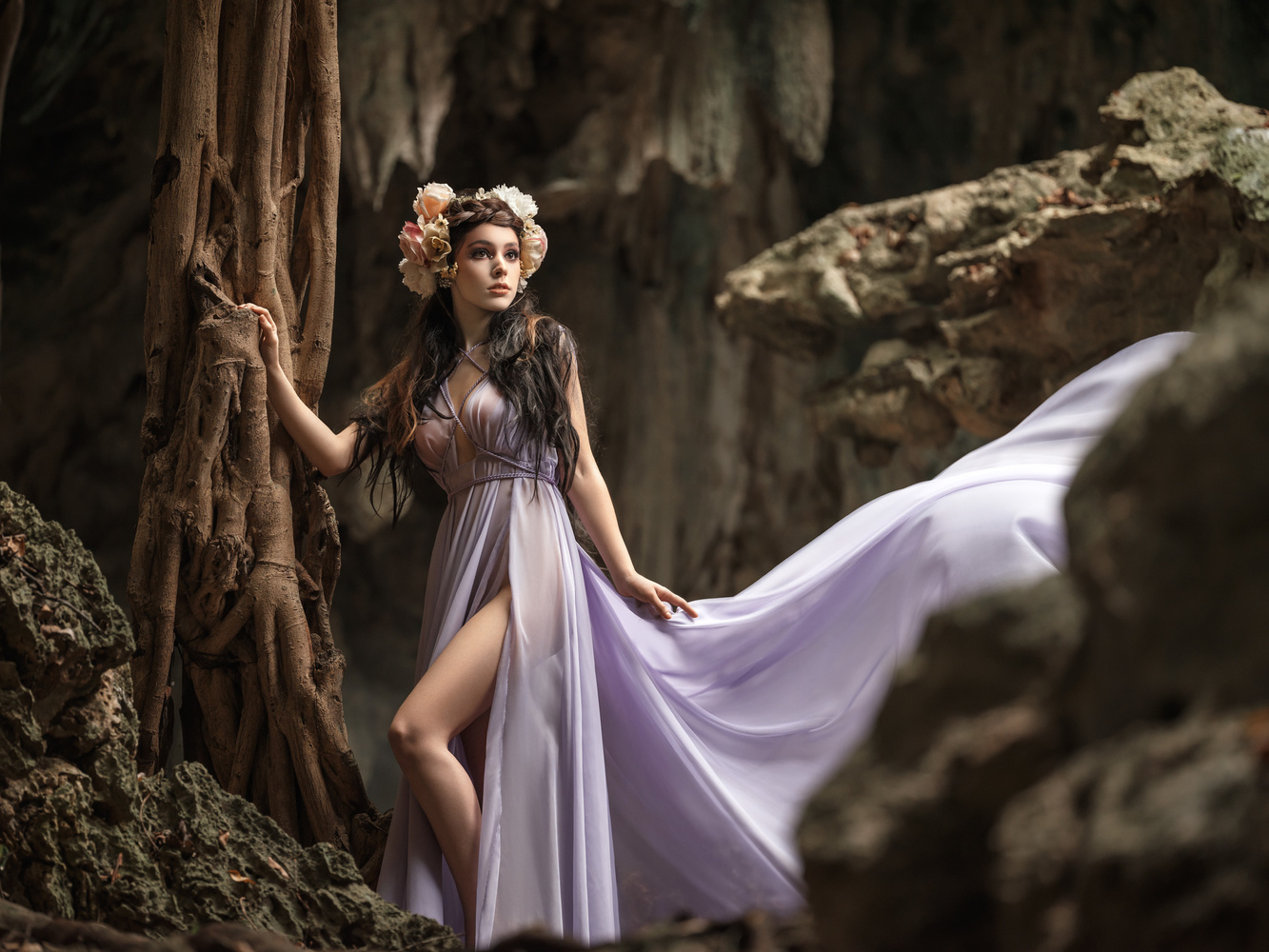 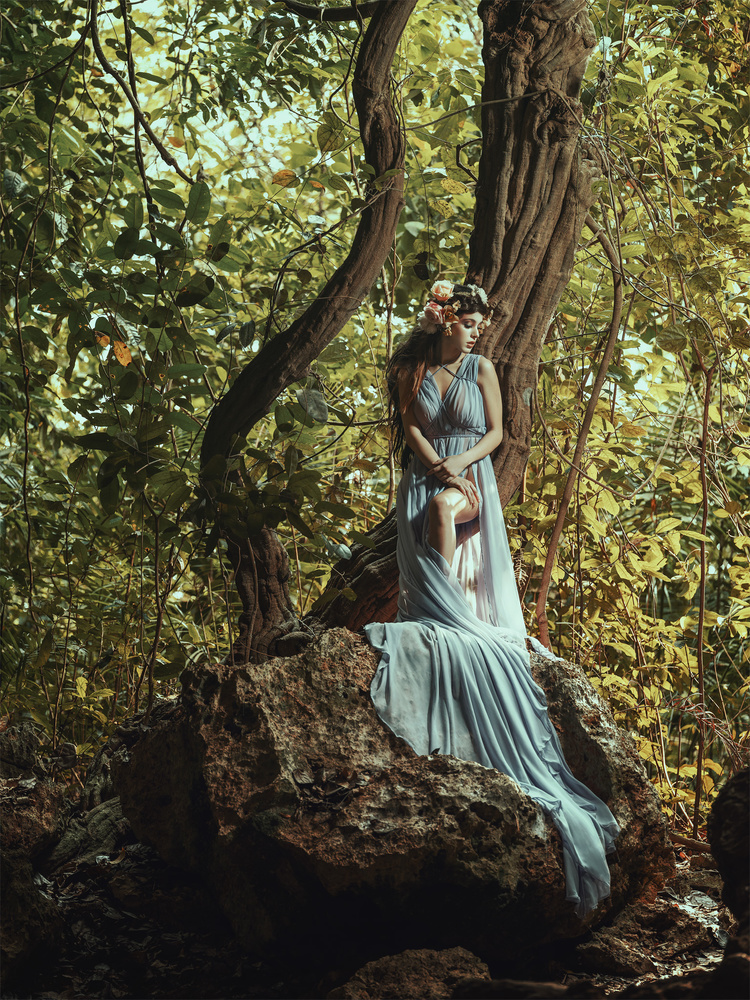 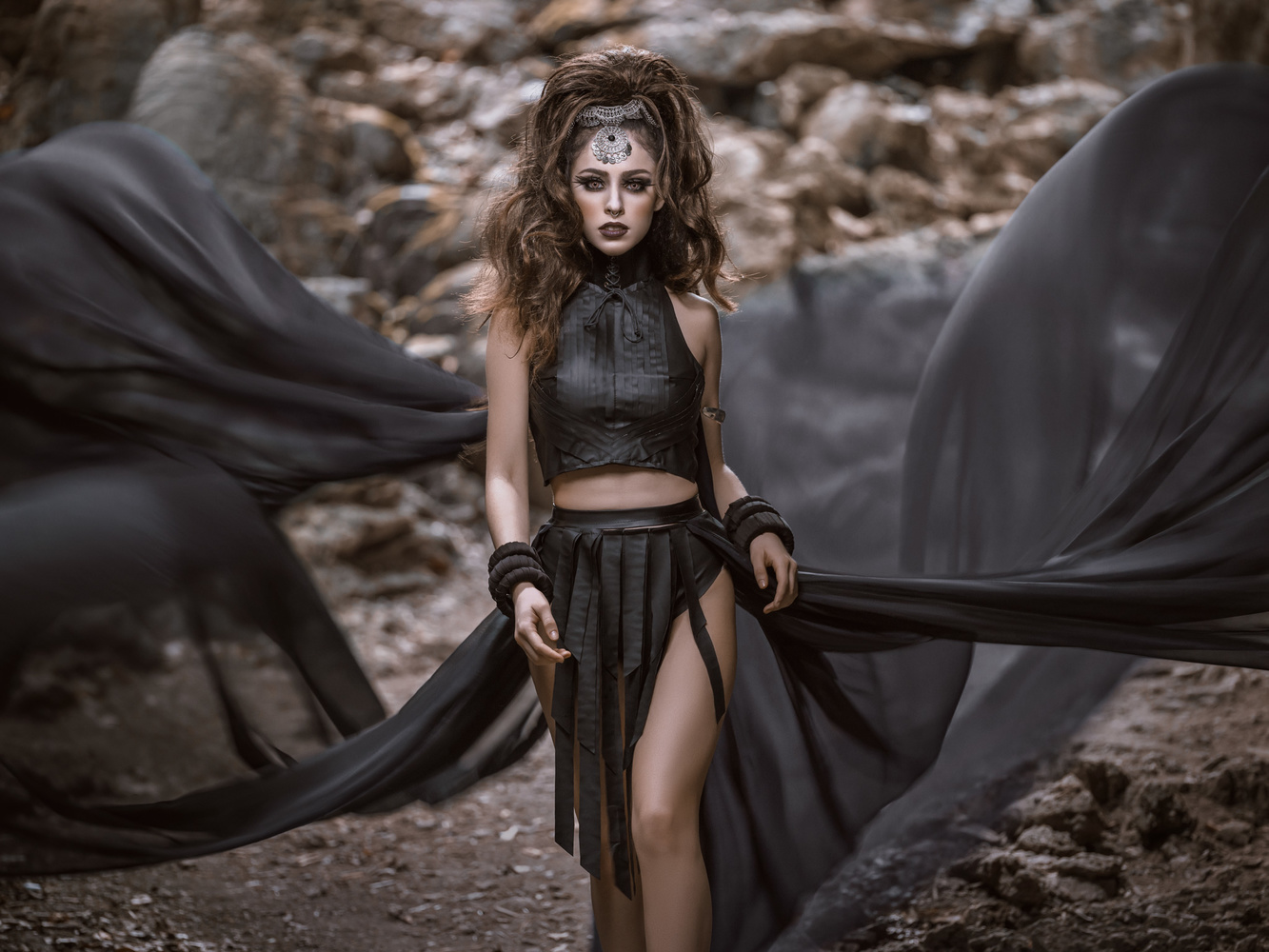 This was one for the books and an example for all of us to emulate, an example of how Gonzales risked and everything turned out well. He was just glad the odds favored them that day; otherwise, he would not have a story to tell.

Needless to say, he would like to thank Fujifilm Global for the trust and Fujifilm Philippines/USA for the support. 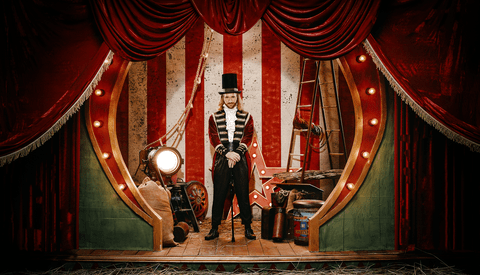 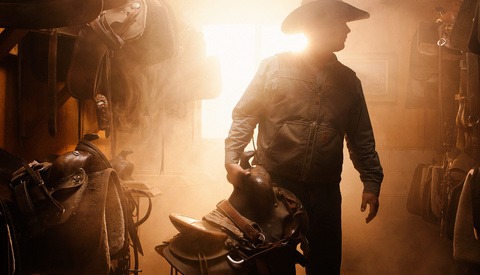 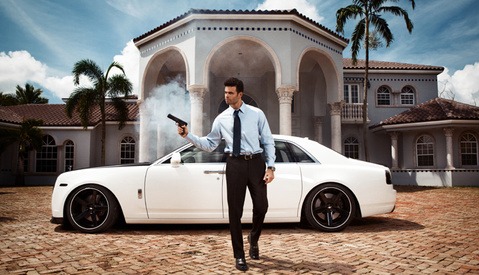 Automotive / June 7, 2015
How to Shoot Big Productions on a Low Budget
Log in or register to post comments
12 Comments

These are WOW pictures. I mean, I'm really used to seeing astounding, awesome, amazing pictures from fstoppers, IG, 500px or whatever good photographer community but the one with the lilac dress made me say a loud WOW !

Great article and amazing images. It's good to hear the planning and hard work needed for images like these, and the respect due to the many people needed to make them happen.

It makes all the effort worthwhile. Thank you for the appreciation.

Terrific images. But cut the humility. The pics speak for themselves.

Tons of work and planning but photos are truly amazing!

Now this is a cave photoshoot!

The best set of pictures I have seen so far this year. Absolutely love them.