Our $3,000 DSLR Was Stolen in Italy and We Filmed It Happen

Yes, you read that title correctly. In this episode of the behind the scenes of “Photographing the World 3,” we face the most disastrous day of filming yet! While Lee was recovering our crashed DJI Mavic in the mountains of Matera, someone on the hiking trail stole our brand new Nikon D500 DSLR and Tamron 18-270mm lens.

Up until this point the trip hadn't been going very smoothly. Weather had ruined many of our shoot days, the search for quality food left us hungry most nights, and a few of our hotels were plagued with issues like broken heat or water. We believed that things had reached an all time low when Lee crashed the drone but we were wrong.

I was trying to film with Elia on one side of the canyon as Lee went in search of the drone on the opposite side. There wasn't anyone anywhere around us and so Lee left his camera bag and camera on a tripod at the bottom of the canyon while he climbed.

I noticed a couple walking toward Lee's camera and then they paused. It was so far away that I couldn't tell what they were doing but it certainly looked suspicious. Later we found out that one of them was unscrewing the camera from the battery grip and putting it into his backpack. Lee tried chasing these camera thieves for almost an hour but they ended up getting away.

Luckily for us, we have Hill and Usher insurance on all of our gear and it includes insurance on all rental gear. After showing them our police report and paying our deductible, they paid us back for the stolen gear. We can't recommend them enough.

Surprisingly, we were able to come away with a complete lesson from that location for PTW 3 and Elia captured a great shot. 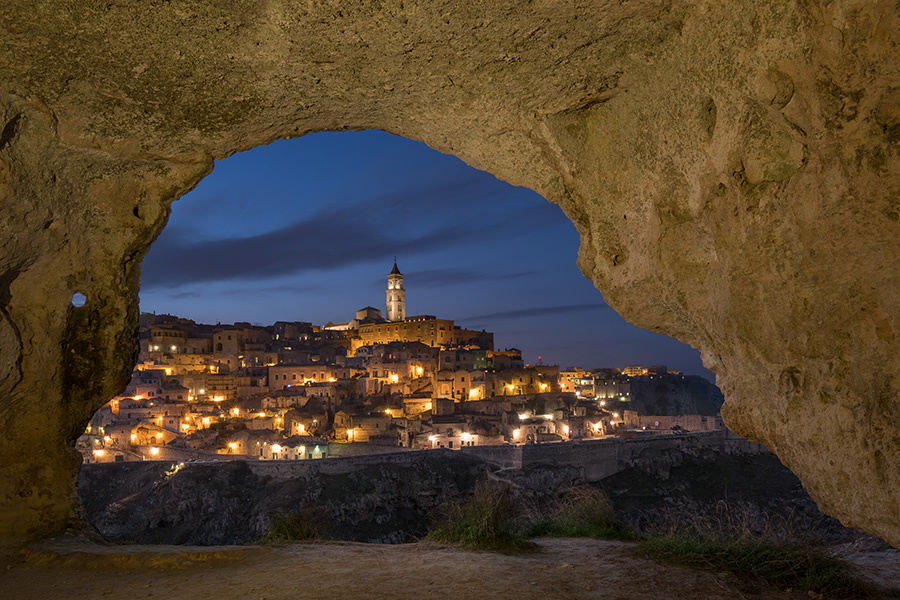 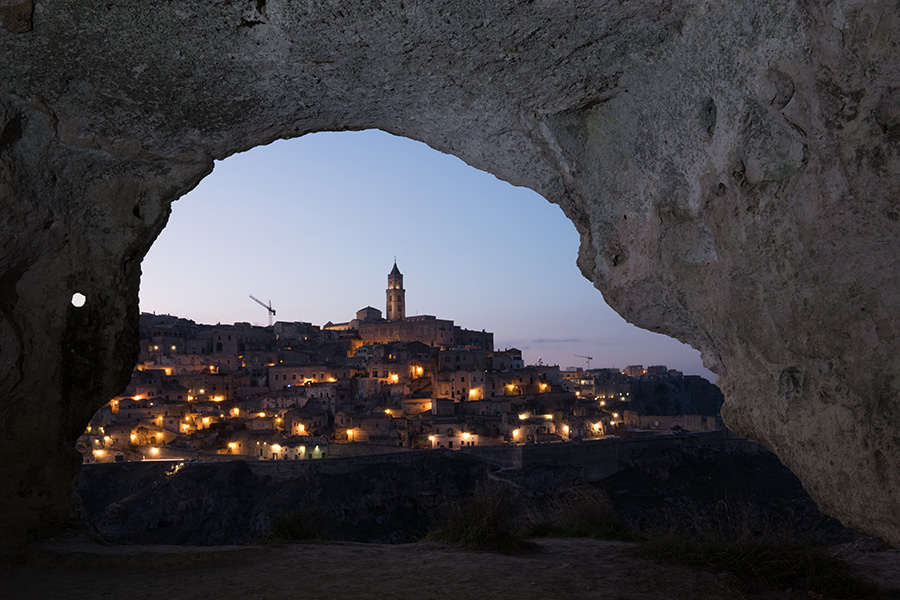 If you're interested in landscape photography you may want to check out the full tutorial, “Photographing The World 3” in the Fstoppers Store. Subscribe to our YouTube channel to see next weeks episode when we finally make it to Dubai.

Education
How to Photograph Stars in a City: Photographing the World 3 BTS

I really like seeing Elia doing something slightly different. Thinking about framing and shooting different places he hasn't been to yet, in contrast to all those repetitive compositions in landscape photography, where everyone travels to the same spot all over again, just to have it in a different weather. He should shoot more of that!

Actually, I think it is because of Elia doing great work that so many people go to the same spots he does. I know I have.

I do not agree. There are many places where Elia has not been, but still people take all the time the same shot. Elia has not been to Trolltunga, Preikestolen and Reine in Norway.
Still, every picture is almost identical.

And yes, it was a really nice BTS episode!

We can only hope that karma catches up with the thief. I don't think it's bad to hope the thief tries his hand at landscapes and falls off a cliff...

Sucks about the Nikon – some people are so sleazy. The fact that the drone rammed into the side of a mountain with nothing but a snapped blade to show for it sure is a testament to the build quality though! Glad some good news – and of course a nice image – came from that day.

How could you not found good food in Italy? It's beyond me… About the stolen gear though… that's classical unfortunately. I hope your insurance will cover that.

"best pizza is in NYC"

Have you ever come to Italy and tasted REAL napolitan pizza? Not some pizza made in Italy because even here in most places they don't make good pizzas, I'm talking about the REAL pizza.
The only people who might think NY has the best pizza are people living in New York, for the rest of the world (and you can check sources online) the best pizza is in Naples (or in some nearby town in Campania at most).
There is a reason if Napolitan Pizza earned Unesco's World Heritage status...

It would make sense that the best pizza in the world would be located in a city that has access to the highest level of everything. NYC literally has immigrants from Naples, access to every spice, every type of cheese, every type of bread, every type of oven, etc etc. Sometimes the water can make a difference but even then, the US has access to literally anything we want. I'm not trying to brag about this, but it's always funny when people say "stupid Americans" or "you didn't go to the right place." A city like New York literally has more of everything than anywhere else in the world.

Hi Patrick, I commented about a place I'd eaten in Matera on one of your YouTube vids. I couldn't remember the name at the time, but we were there last week, and – once again – had a great lunch. Name of the place is Keiv, down by the Rock Church and it's not much more than a street cafe, but both delicious, cheap, and well served. I think you were just unlucky. 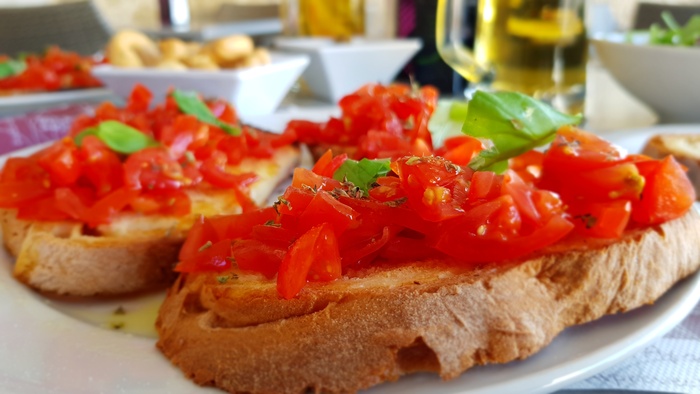 I remember having the best meals in Matera. I know they do some sort of siesta during the day which made it hard to find food around 1-4pm but the dinners we had were all amazing. I recall one local mom and pop place that was pretty bland and not very good but the 3 main restaurants we ate at were great and most of the coffee shops were good too.

I just know that I've probably had a total of about 100 meals in Italy now over the course of 5 weeks and there are only about 10 meals I could say were great. Good restaurants do exist no doubt, and I wish my luck was better, but when you have 100 meals and only 10 are good, it starts to become less about bad luck. The bruschetta you posted above does look good though!

I just had butternut squash ravioli today in Boston from a local Italian family restaurant....it was amazing! I don't know why it was so hard to find good Italian food in Italy.

Well, I guess you've been really unlucky! But I can't agree more with you and Bob Brady, the one and only time I've been to New York (and to the US for that matter) to visit some Italian relatives (my mum's from Rimini and my uncle from Sicili) we've had a tremendous time in a little trattoria near Blummingdale's. That was more than 30 years ago. Great city, great people. Anyway, I think you all do a fantastic and very inspiring job at FStoppers. Best of luck in your next endeavours.

The insurance claim was successful? Normally they don't cover this kind of theft

This was a great episode for sure. Action, adventure, crime and good vibes. 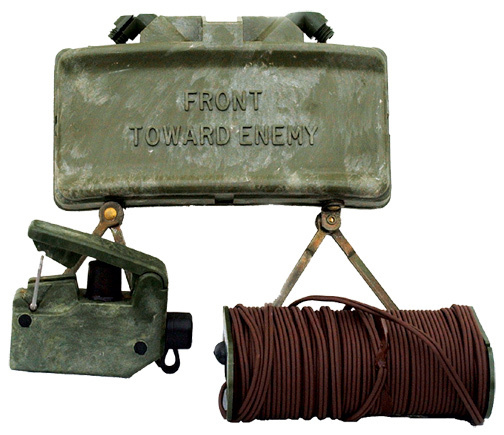 taking it a little far, but I guess...

Nonsense. A claymore costs less than a D500. I'd say it's a worthy investment (and who knows, you might rid the world of one grubby-fingered thief).

My Navy buddies once "filmed" my pocket getting picked in Barcelona. They were taking 3fps photos of some guy with a soccer ball near me. This was pre digital so they were using a film SLR Nikon. We didn't think anything of it until we got the film developed in Naples and there it was. Pickpocket with his hand in the proverbial cookie jar. Disaster then but really funny story 20+ years later.

On the trip to Madrid when Lee and I came up with the idea for Fstoppers, I was pick pocketed in the train immediately after leaving the airport to head into town. Lee filmed my whole reaction to discovering my wallet being missing (just happened to be filming on his phone). Once I realized it was gone, I immediately remember a child bumping into me and someone hitting my back. It was a distraction and they got me. Ironically, my wallet was mailed back to me 3 years later! Europe is the worst for pick pick pocketers. I guess in the US, people just pull out a gun and ask for money without all the slight of hand trickery.

Nice. Crazy thing about my story. We ended up seeing the same man a few hours later. We yelled for the police and he was quickly arrested. No wallet of course. I don't know how many people live in Barcelona but what are the chances of seeing him twice in one night.

Probably pretty good actually. They run rings and prob go out looking to make a ton of money. From my experience, I think they just steal your wallet, take the cash out, and then throw the wallet on the subway tracks

Gotta ask this, who leaves a $3,000 camera on a tripod unattended. Doesn't matter where you are or who isn't there. Just goes to show when you thought you were safe to leave it you weren't, that was karma biting you guys in the butt for doing something sorry to say it was kinda dumb. What was so difficult in packing up the gear and taking it with you to retrieve the drone, once you got to the location of the drone then put the gear down close to you and retrieve the device. ? I've been on a number of shoots in the outdoors where I may have hiked a good distance to only realize I left something in the car and had to pack up my gear and go to the car to retrieve what was left and hike back to my spot (which I had marked with rocks and twigs). Insurance company is going to look at this as being irresponsible, the thieves were just being opportunistic and yes, I do not condone their action and karma will catch up with them too, however, if you put something of value in front of people and there is no one around, 99 times out of 100 it will get stolen unless you live in Japan where honor is the most import think there.