A few months ago, Fstoppers released “Photographing The World 3” with Elia Locardi. This 18-hour tutorial covers everything you could want to know about landscape and cityscape photography.

For the last few months, we have been bringing you behind-the-scenes videos of the creation of this tutorial, and today, we have reached episode 13, the final chapter of this story. Our final location for the tutorial was New York City, and this BTS episode covers all three of the lessons taught in the city. For each of these lessons, Elia used a new piece of gear to capture a very specific image.

For the first shot, Elia used the new Fujifilm GFX 50S and the then-unreleased GF 23mm f/4 lens. The weather was brutally cold and windy that night, but Elia was able to blend two long exposures together to get a killer shot with a very interesting aspect ratio. 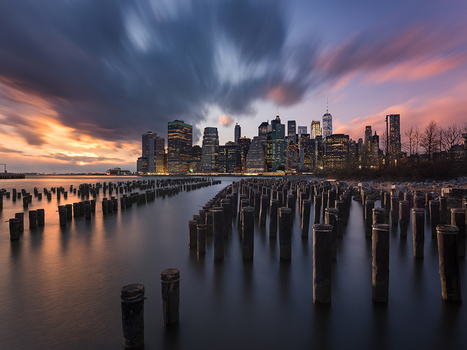 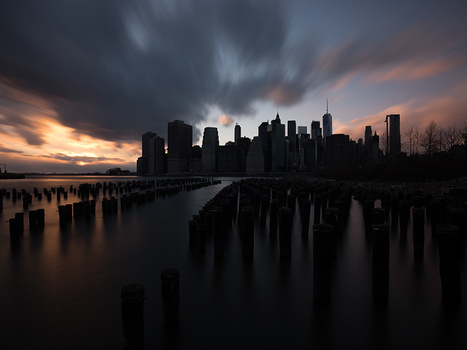 For the next lesson, we went to Top of the Rock in Manhattan to shoot the city from above. For this shot, Elia used a Nikon D750 and 19mm f/4 tilt-shift lens. By shifting down, Elia was able to capture a killer composition without having to distort vertical lines. 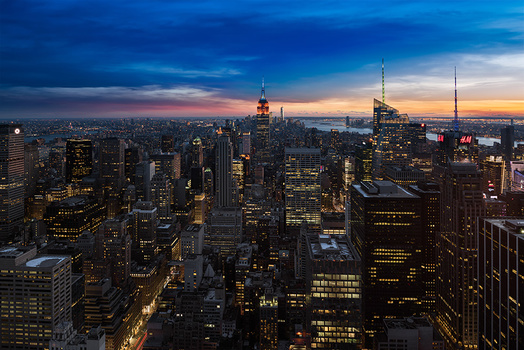 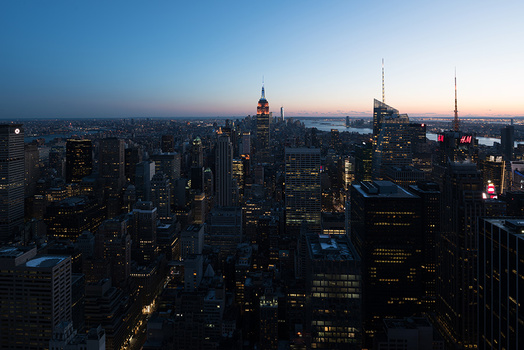 For the final shot, Elia used a Gigapan to automatically capture a gigantic panorama.

Keep in mind that if you buy this full tutorial, not only will you get the complete lessons on location, but you will also get Elia's images and you will be able to follow along with Elia as he edits each shot.

If you've missed any of these BTS episodes or if you would like to start from the beginning, you can see them all in order right here.

Check out the Fstoppers Store to learn more about “Photographing The World 3” and the countless other photography tutorials we have produced.

Yeah, hatin' on food and Lee waking up in the morning should have their own show on Netflix

I’ll pitch it to them.

Are you guys going to do that tripod review or you already did it way back?

We may release one more video where we review every piece of gear we used but when it comes to tripods, this is our final decision https://fstoppers.com/gear/our-new-favorite-tripod-actually-most-afforda...

Oh yeah, I've seen that one. What I didn't understand from that video was how RRS tripods are worse. Their lever release seems to be the only option on the market if you hate screw knob (and I do) plus tripods should be great. Did you not pick RRS as best one only because of price? I need lever release so badly but can't find anything rather than RRS and RC2. Arca makes one, but it's almost $400 too. Are there really no alternatives to RRS lever release?

So which Nikon tilt shift lens did Elia use?

The Elia Locardi movies are absolutely addictive, but I have to ask... What are the chances of a proper multi-hour tutorial on underwater photography? Too niche of a market to be worth it?

Yes I think it is. That being said, I’d love to do some free/short tutorials on underwater photography.

Fair enough. Is there a PTW4 in the works? Elia made some comments indicating that in Instagram, but not sure if he's serious or not... :)

Yes. Planning now. Heading to Patagonia in a couple months.

I'd love to see a larger photo of the Gigapan panorama. When I saw Elia's Gigapan shooting, I thought "The river is going to be a problem stitching together."

That video has the best description of why to use the shift part of a tilt shift lens I have seen haha.

You guys really are fantastic. Really, all this content at such a high production value! Thank you!