Platon has photographed many of the world's most powerful leaders and biggest celebrities and often shoots covers for magazines such as Wired, Esquire, Newsweek, Rolling Stone and New York Times Magazine. Most recently, he captured comedian and TV show personality Stephen Colbert for the cover of Time, which you can see in the video posted above. His style of shooting proves that you can take some of the most legendary portraits of our most powerful people with nothing but a light or two and a real connection between subject and photographer. In fact, I learned that from him directly when he came to teach a couple of classes to some of us lucky photo majors back at Rochester Institute of Technology over 10 years ago. It was those classes that changed my view on portrait photography forever.

When I walk by a newsstand, I can always immediately identify a Platon portrait. His photos typically place you directly in front of the subject's face using a wide angle lens.  On many occasions, the photo will have a heavy vignette on the edges (if I recall correctly, he would create a lot of that vignette doing dodge and burn in the darkroom). He uses minimal gear and lighting. These photos are not about being sexy or tough or full of bravado; they're all about the subject's personality and engagement, which is why I believe he chooses to get so close to his subjects when he photographs them. However, it's not all about his shooting style; it's in the way he brings out the emotion in the people he photographs.

A screen capture of Platon's website showcasing just a small portion of his published work.

One of my favorite environmental Platon portraits

Now, if you looked at my own portrait work, it's clear I am no Platon and that I have a very different shooting style, but I most certainly have taken a lot of inspiration from him, especially in my early work. For example, a lot of my early commercial photography was shot low and wide. My favorite lens was my Canon 16-35 2.8L at the time. I liked to get close to the subjects and make you feel like they were reaching out and touching you (a few examples below - excuse the guns - I grew up on 80s movies and I kept on booking jobs with action-inspired subjects).

When Platon taught those portrait classes at Rochester Institute of Technology back in 2004, he did some exercises to teach us to take note of facial expressions. He stood us in two lines and had us look in the face of a classmate and acknowledge the idiosyncrasies of their reactions looking back at you. I learned that to be a good portrait photographer, you have to learn how to engage your subject, to read their mood and expression, to capture their true essence. Platon told us that he still got nervous before every big shoot because it was so important to him that everything went well (man, do I respect that).

He also told us he also read the bios of each subject so he knew their background before they walked into the room (by the way, this is HUGE if you get into photographing notable people). Actually, knowing about your portrait subject before you photograph them has saved a lot of my shoots over the year. If someone is acting still or uncomfortable, you can bring up a subject you know that interests or excites them to yield a different emotion. Maybe you want to capture a serious or soulful expression, you can bring up a charity or cause or family member you know that is important to them (which you would already know about because you researched :) ). Trust me, bringing up their personal interests, especially notable and powerful people, works a LOT better on set than going "hey, how are you? where are you from? have kids? cool cool."

It was these lessons that I have tried to hone and refine over the years, more so than even my technical photography knowledge. Why? It wasn't my fancy gear alone that got me through countless 5-10 minute magazine cover shoots with high-powered subjects or helped me to push a nervous subject out of their shell. It was reading my subject's faces and body language the minute they walked through the door, a skill I learned from Platon back in the early days of my career.

Also, I thought Platon was so rad because every time I saw him, he was wearing a sport coat and jeans. Therefore, when I graduated RIT, I decided to also wear a sport coat or suit at every photo shoot because I wanted to give off a professional and "hip" appearance. Quickly, I realized that I spent most of my shoots rolling around on the ground to get low angles or fighting through a mosh pit through a rock concert and thus, destroying all of my nice sport coats. Haha, I wasn't the kind of photographer that could wear a suit or sport coat at EVERY shoot, but I suppose it was worth the effort to present myself well. Still an important asset to have, whether you're dressed up or not.

Again, I am not trying to compare my skills to Platon: the guy is a legend. I am merely saying that I learned some crucial skills and lessons about looking past the gear and the technology and reconnecting with the subjects. He has an iconic and identifiable style that is utilized by some of the biggest publications in the world. He has most certainly inspired me and continues to do so with his ability to create dynamic and engaging portraits with nothing but a lens, a light (or two), and a simple backdrop. Platon, most importantly, taught me how crucial it is to have another photographer inspire you.

Want to be inspired? Check out more of Platon's work: http://www.platonphoto.com/

I would love to hear some of your stories. Who has inspired you? What have you learned about engaging with your portrait subjects? 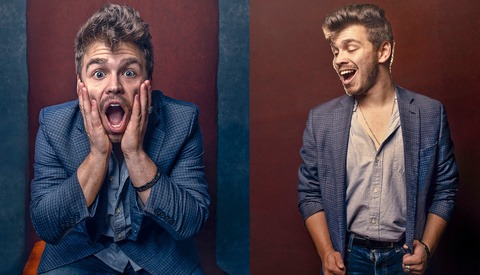 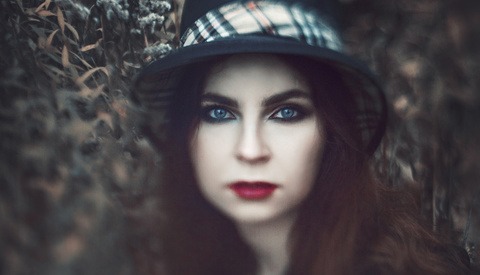 Lovely... keep is simple. But it's interesting that just by looking at the Time cover photo, if his name wasn't on it, at first I might not know that it's him. Perhaps, the way the shadows shape his face, coupled with an expression I don't associate with Colbert's personality. Nevertheless, as always, beautiful work.

You're used to seeing him with glasses on.

The dude is legendary

Nice write-up, but never apologize for guns! I wouldn't mind seeing more, in fact! I've always enjoyed the work of guys who shoot firearms (you know what I mean), like Richard King

Great article Douglas, Platon is definitely a great inspiration for any portrait shooter. And kudos to you on your third image you showcase - the one of the card game. It's one of my favourite photos, though I didn't remember that you'd taken it.