Bad Touch: Why You Don’t Have Cooler Photography Clients

In today’s overly connected world, it’s relatively easy to gain access to nearly anyone, but meaningful access has become much harder than it used to be. People in general are incredibly guarded against the random DM and the unsolicited “let’s shoot” comments on Instagram to the point that it’s almost laughable to think anything would ever come of it. That’s not to say that nothing ever will, but your odds will be much greater if you follow at least some of the rules I’m laying out below.

1. Do the Work First

If you think you are going to use a celebrity to build your portfolio, think again. If you’re hoping to shoot the cover of a major publication without having shot for smaller ones, keep on hoping. Personal work will always create commercial work; this is a known fact in the creative universe. No one out there will ask you to do something you’ve never done before, let alone pay you for it. The work must be there. The quality and consistency of your portfolio will ultimately determine who you’re able to reach out to and your success rate when doing so. If you send it out and don’t hear back, maybe aim a little lower down the proverbial ladder. I’ll admit when I was first starting out in New York, I had sent my portfolio to Vanity Fair, Time Magazine, Details, etc., because I could (sarcastic voice) obviously do everything way better than their current shooters were doing, except with one minor hiccup: I hadn’t done it yet. After a few years of having my book used as a doorstop around NYC, I realized that I was sending my work to the wrong people. Yes, it took me that long to realize that Vanity Fair didn’t care how many times I had been in a helicopter above the Rocky Mountains. So, I sent my book to Fitness Magazine and got a call back in two weeks. The physicality and energy of my winter lifestyle work translated into something their editor needed in an upcoming issue. A month later, I was on location shooting a six-page spread. Still waiting to hear back from Vanity Fair, though. 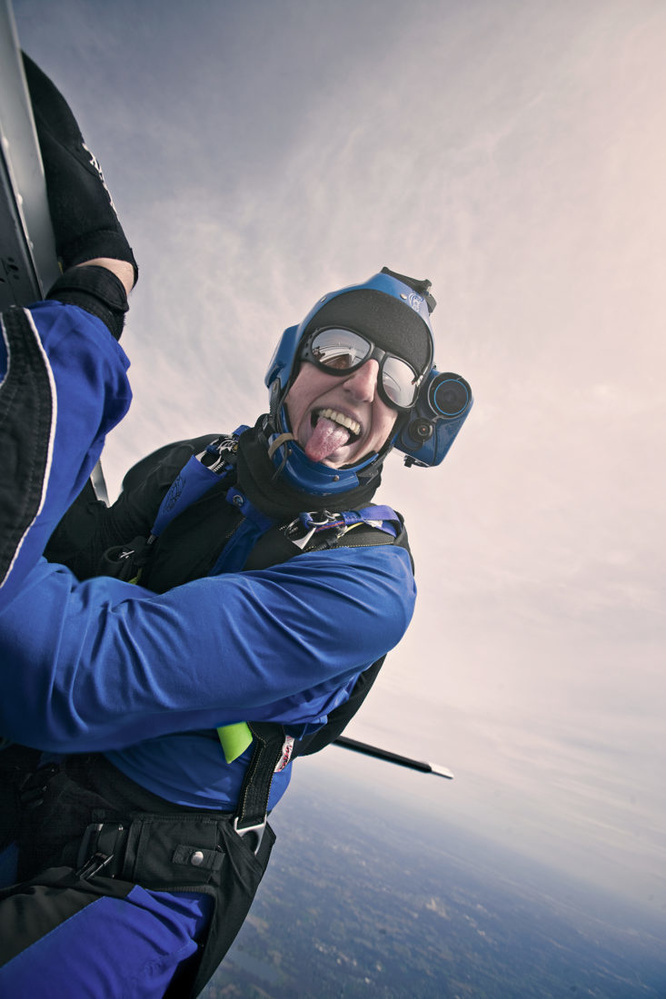 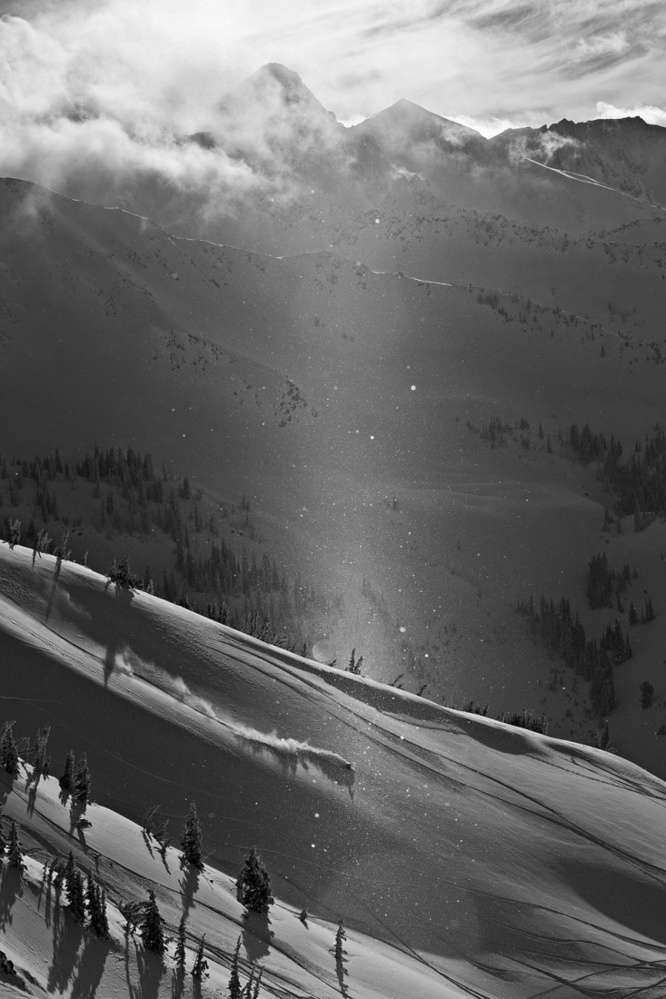 Above: So weird that these images didn’t impress a fashion editor

Sometimes, the people you most want to work with don’t want to work with you; sometimes, they just want to hang out. This idea heralds back to a previous post about creating a freelancer family in "1+1=4." In my experience, a relationship built outside of your career will last much much longer and be much stronger than a professional one. In a professional relationship, you are technically replaceable, but in a personal one, not so much. I’ve built relationships with a great number of my clients outside of the studio with no intention of photographing them or even talking about photography. You shouldn’t need a camera around your neck or business card in your hand for them to know what you do for a living; if you do, you should probably rethink some of your life choices. I recently had a very high-profile client and his daughter over to my home after a recording session just to crush a couple bowls of homemade chili and pick through my garden. He helped grow the potted basil plant I gave his daughter and always tells me how much she loved our giant tree swing. I implore you to turn off the "hustle" part of your brain for an hour or two and be a human being for once.

High-profile client and his daughter on my tree swing in Westlake, Ohio, summer 2017. (Leave the camera at home and the cell phone in your pocket.)

3. Go Through the Proper Channels

I will premise this by saying it’s not always necessary, but you should do it as often as possible. High-profile individuals have layers and layers of insulation around them to keep the riff-raff at bay, and sometimes, it can take months or even years to prove that you’re not that. Full disclosure: I’m about 30-40 percent riff raff at all times. I’ve never heard of anyone talking to LeBron James about anything of consequence, without at least having 10-15 direct conversations with Rich Paul or Maverick Carter. Even after you eventually have that conversation, it’s still imperative to continue to use the chain of command moving forward. It’s a sign of respect to not only the individuals you’re contacting but also those who work for them. Assistants, managers, and agents hold the keys to not only a relationship with that client but also their trust, and trust is something not easily earned. Eventually, you may be able to contact that client directly about personal matters, but if it has anything to do with your business or theirs, you should always go through the communication channels they’ve set up. Final footnote: just because you know “their people” doesn’t mean you can hammer them with texts or calls all the time. Don’t be that guy. 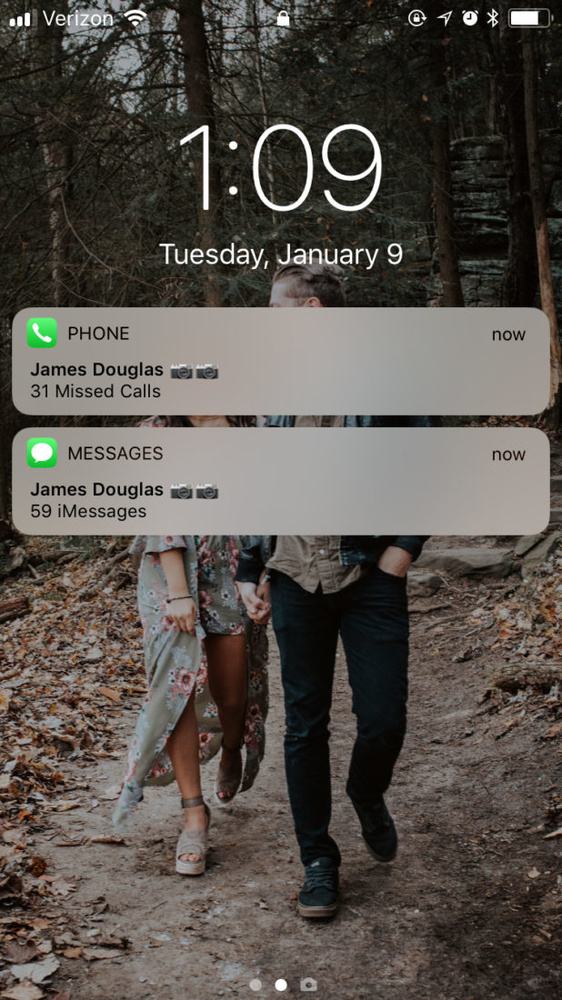 My assistant, Lil Dev, puts up with a lot from me. Don't do this to potential clients.

4. Have a Legitimate Reason

Continuing on from the previous point, this sounds like a no-brainer but for some reason, it’s what turns most people off about this process. This is more of a problem for the Instagram "modeling" community but very often extends beyond that. These interactions always end up with the inevitable question: “What did you have in mind?" If you don’t have a good answer, then you may as well be talking to a wall. The best way to alleviate this possibility is to have a game plan fully fleshed out and a relevant idea to execute. I would never approach anyone to photograph them without a specific idea in mind or reason for wanting to capture their image. “You’re hot and have lots of followers” is not a legitimate reason to work with someone. It’s a perk. There’s a difference. I’ve got a small Moleskin book with nothing but names and ideas specifically tailored to that individual just in case I ever get the chance to work with them or meet their people.

A few examples of conversations that never led to anything, in no small part because I’m kind of an a**.

Sometimes, it’s just not plausible to ask someone yourself, as it would look either desperate or “thirsty,” as the kids say. So, you can have a trusted friend or colleague of the individual drop a casual reference to you, your work, or idea. That way, the ask is made without your direct contact, and it makes it seem as though it was that person’s idea to reach out to you in the first place! Think about it as a far less convoluted version of the movie "Inception." The only thing about this tactic is that it takes a very long time, and the success rate isn’t exactly stellar in my experience, but it is the most meaningful way to make contact.

Again, it seems a bit weird to think about, but I used to do this kind of crap all the time. I could easily spend three or more hours reading over and re-writing an email to sound like someone I thought that individual would want to talk to, rather than just spending five minutes and sounding like me. One of the hardest things in any of the creative arts is trying to create and maintain a style that is uniquely yours; that problem is exacerbated when you try to manufacture that style out of thin air or tailor it to the people you to want to hire you. Wasting time and energy to be someone you’re not takes away from what you could be, and many of the people you’d like to meet or work with have been around enough people who are faking it to know it when they see it. If you’re genuine and take a moment to present an accurate version of yourself and what you can bring to the table, then when you get hired, you can concentrate all of your energy on the job rather than trying to pretend that you haven’t said a curse word at least once in your life.

A lot of what’s written above sounds like common sense, and to a certain extent, it is, but sometimes, when you get excited, it’s easy for common sense to get tossed out the window. It often helps to have these things written down and accessible down the line when you haven’t gotten a call back in two months. Just read the room. And if the room you’re in is called Twitter, then you’re in the wrong room. For an additional tip from an artist manager, check out my blog.

I drink beer, drive fast and take pictures... but never at the same time.

Thanks for valuable lesson, made me thinking about this and that. Thanks!

Yes, common sense.
Unfortunately it is not that common.
Well done, sir.