When somebody asks how much they should be charging for their service, this is the single best piece of advice I’ve been able to give. It’s hardly unique, but it puts things into a much better perspective. I always suggest justifying your prices, and prevent reduced hours. Here is the problem with charging by the hour, and how I fix it.

Clients haggling with photographers and videographers is nothing new. Lowering your prices obviously isn’t desirable, so hopefully this trick helps change your client's perspective. It boils down to not letting the client get away with asking for less hours. Let’s face it, if you work three hours less it’s not as if you’re going to pack your gear up and move onto a whole other shoot. You’re not gaining anything, and you’re rushing the project.

The best analogy I’ve heard for this is to treat your working day like a battery. If you use 100 percent of your camera's battery, you’ll need to charge it back up. Use 70 percent of your battery, and you’ll still need to recharge. This is why people use day rates.

However, if you need to charge by the hour, how do you prevent clients from asking for less hours and using up 70 percent of your working day?

The trick lies in making it clear to your client. They need to understand that they’re not the only client, and they’re also not in a position to haggle. They need you, and probably don’t want to put in more time looking for somebody else. If they question your prices, you reply (less bluntly) by saying:

The idea that you need to set aside an entire day for this client is the key here. Whether they like it or not, you're not going to find a second client who's willing to work with you for a few hours at the end of the day, just to make up the rest of your day rate.

It’s nothing crazy, it’s hardly original, but it’s a wonderful way of thinking about pricing that I think a lot of beginners could use. You value your time, you value your best clients, and you prevent working for less. Sometimes it makes sense to charge by the hour, and if you must, it may help you avoid the pitfalls. At the very least it will be another tool to use if a client begins haggling. 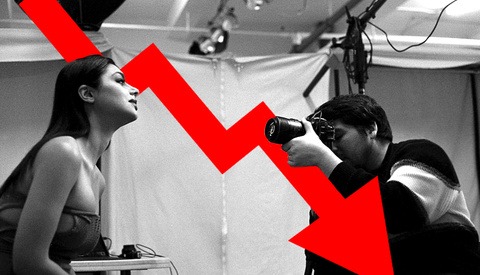 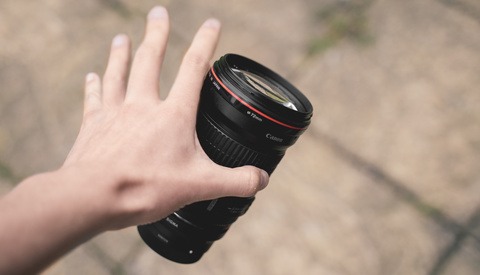 Business / April 25, 2019
The Biggest Threat to Working Photographers is a Lack of Insurance

Great advice! Whether it's original or not, I've never heard/read it before so I think it's always good to refresh old ideas.

In business school that's called "opportunity cost". It's the cost of giving up the next best option.

And why in your opinion should a photographer paid by the hour be different then a carpenter, technician or any other proffesional? Think you'll only send clients to anothere photog who would gladly charge them only the hours they need his/her service.

This is largely speaking to commercial production I think.. most people don't expect you to work hourly in that world as its all seen as per project and day rates. I have simplified this even further by bidding with a per project rate, not to exceed a certain number of hours or days, and crew is billed over time after 10hours/day.

My point was when you advertise with an hourly rate you should get paid hourly.

Yeah, but there are very few situations where you should be billing hourly. One being establishing a time limit for a project, then billing per hour or revision after that. Every clients needs are different, as are the scenarios you are shooting, and the end product you are delivering. Billing for complete projects makes it much easier to fluctuate your pricing based on an individual shoot needs, rather than trying to justify a higher hourly rate for something, knowing you're not billing enough, or people wondering why your hourly rate changes.

But a little while ago an advertising agency asked me to do a job in Amsterdam and Belgium on one day. I would travel with the someone of the agency so i wouldn't have any traveling costs.. The time spent on photographing would only be for about 3 hours.. But still i charged every hour when being on the road and explained to the guy that i couldn't do any other jobs that day because of the traveling.
I did give him a 200,- euro discount because i wouldn't spent that much time editing and i got the job..

So the logic of charging the time that is lost seems pretty fair in my opinion.. A lot of other professionals charge like this so why shouldn't photographers do the same?

I'm actually thinking about charging for at least 4 hours per job.. So if they'd need me for 6 hours they'd have to pay for 8.. You'd have to come up with one price though and not sell it to the client as price per hour..

If your clients don't understand this than they might not be the clients for you if this is what your aiming for. I can still understand charging by the hour, especially when your beginning your business. You need to get work, spread your name and get some money in the bank..

Once you're able to charge like this it means your on the right track because it means the client really wants to work with you. I'm lucky to have a few clients that understand this and i would love to only have clients like this..

But since i'm still in the beginning phase of my photography business i'm still charging by the hour for most clients and it does get your name and work out there. My goal is to be able to implement the 4 hour per job strategy next year. Some clients will not want to work with me anymore at that time, but i hope a lot of others will.

Travelling between locations for the same customer is always on customers costs. Working 6 hours, invoicing 8 where you advertise an hourly rate is kind of a rip off, that was my point.

I would definitely encourage you to bill on a whole day/half day pricing structure. For me personally it has made managing billing and client pricing communication much easier. Ive lost a couple of projects to people who want hourly, but have more than made up for it by streamlining my billing. If you are shooting commercial/advertising, the value of your work to a client is already significantly more than a basic hourly rate.

This totally makes sense and I like it. It's a refreshing way to think about your pricing and I want to incorporate it into my business.

HOWEVER, just to play devils advocate (sorta), a bird in the hand is worth two in the bush, and sometimes upping my chances of losing a potential client isn't worth not making rent this month.

Absolutely agree - if you already have a pricing structure with a current client, then you arguably shouldn't rock the boat. Especially if they're budgeting for shoots weeks in advance.

This article is confusing to me and I'm assuming it would be to the client. I'm an event photographer and like to charge per hour with a minimum of 2 hours. Then I charge separately for editing on the same invoice. The more information your invoice or proposal has, the better. If they want something for free, I offer additional products(online gallery, etc..), not less money. Just my 2 cents.