The age of social media has brought with it a new type of advertising campaign. Companies are more in touch with their customers than ever and are always looking at creative ways to engage with their audience and show a bit of personality. KFC’s latest adverts are doing exactly that, after their released images creatively using fried chicken to imitate explosions.

With the arrival of its new Hot and Spicy Chicken range, KFC has released a series of photoshopped images which depict explosions and fire substituted for fried chicken. The new campaign, by Ogilvy & Mather Hong Kong, involved cleverly lit and placed pieces of chicken which resemble explosions and fire. 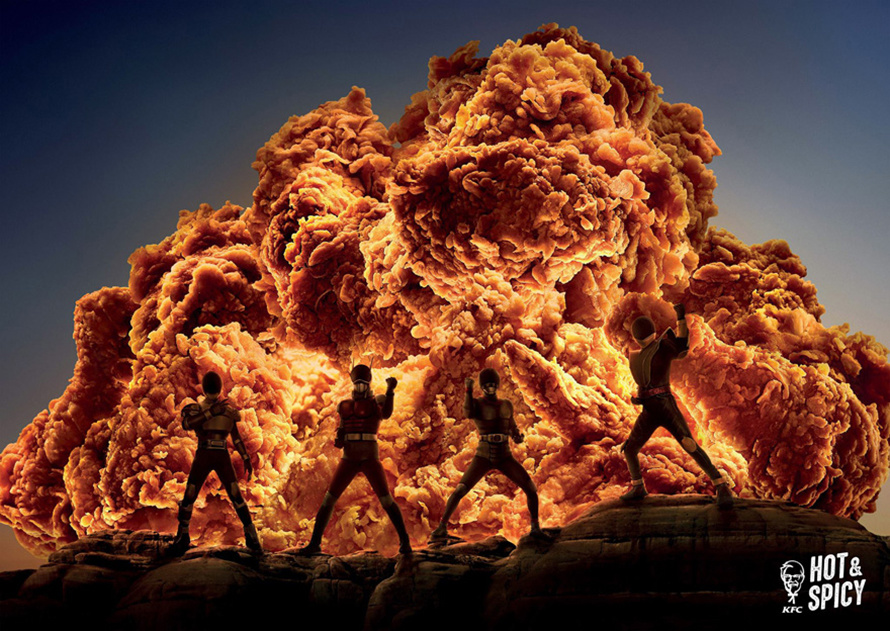 At first glance, the brain-teasing images make you question exactly what you’re looking at. Featured in the series are compositions of a drag race car, a space shuttle, and even what seems to resemble the Power Rangers, complete with an explosion behind them. 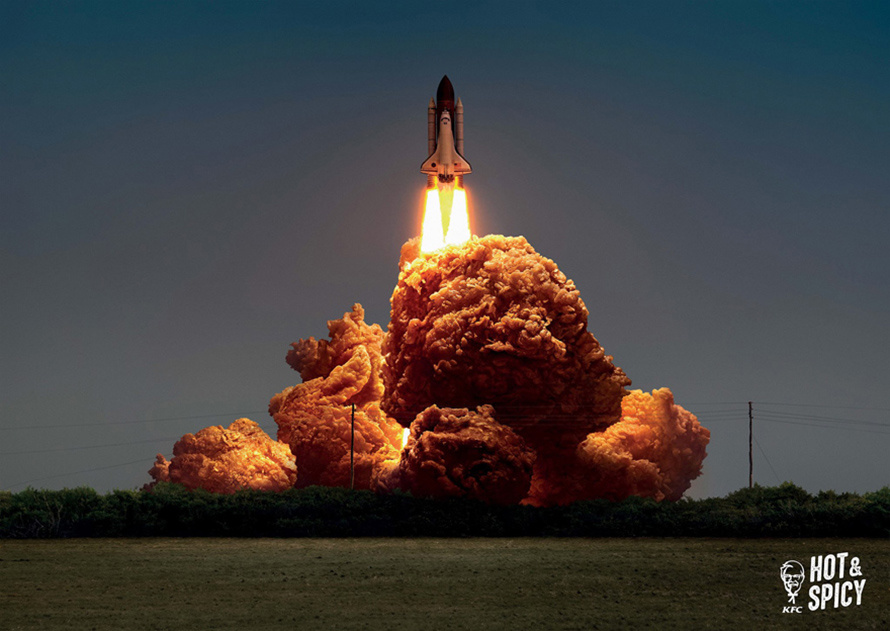 The series has even inspired some Twitter users to Photoshop their own versions, including one who positioned a piece of chicken as if it were volcanic smoke.

It’s reported the Post-Production Ads Reference Awards has even recognised the adverts for their innovation.

The ads credits are as follows:

Business / May 30, 2018
From Initial Client Call to (Almost) Shoot Day on a Commercial Photography Project: Part One

Saw this posted on another site. The headline is catchy, but I think the concept is too subtle -- without context I'd never know they were chicken pieces.

This is brilliant advertising.