Is Photography the Cheapest Art?

As some of the world's biggest auction houses gear up to offer photographic pieces this week, statistics show that photographs are consistently lesser valued than their artistic counterparts. Take a look at why photographs have yet to find the same financial footing as other works of art.

Ansel Adams is perhaps the most ubiquitous photographer ever. His photographs have been on the auction block a total of 3,171 times, amassing a sum of $57 million. This seems like a great run (and it is), but consider this: in May of this year, a single Alberto Giacometti sculpture, "L'Homme au Doigt," sold for $141.3 million. At that same auction, Picasso's “Les Femmes d’Alger (Version ‘O’)” fetched a whopping $179.4 million. 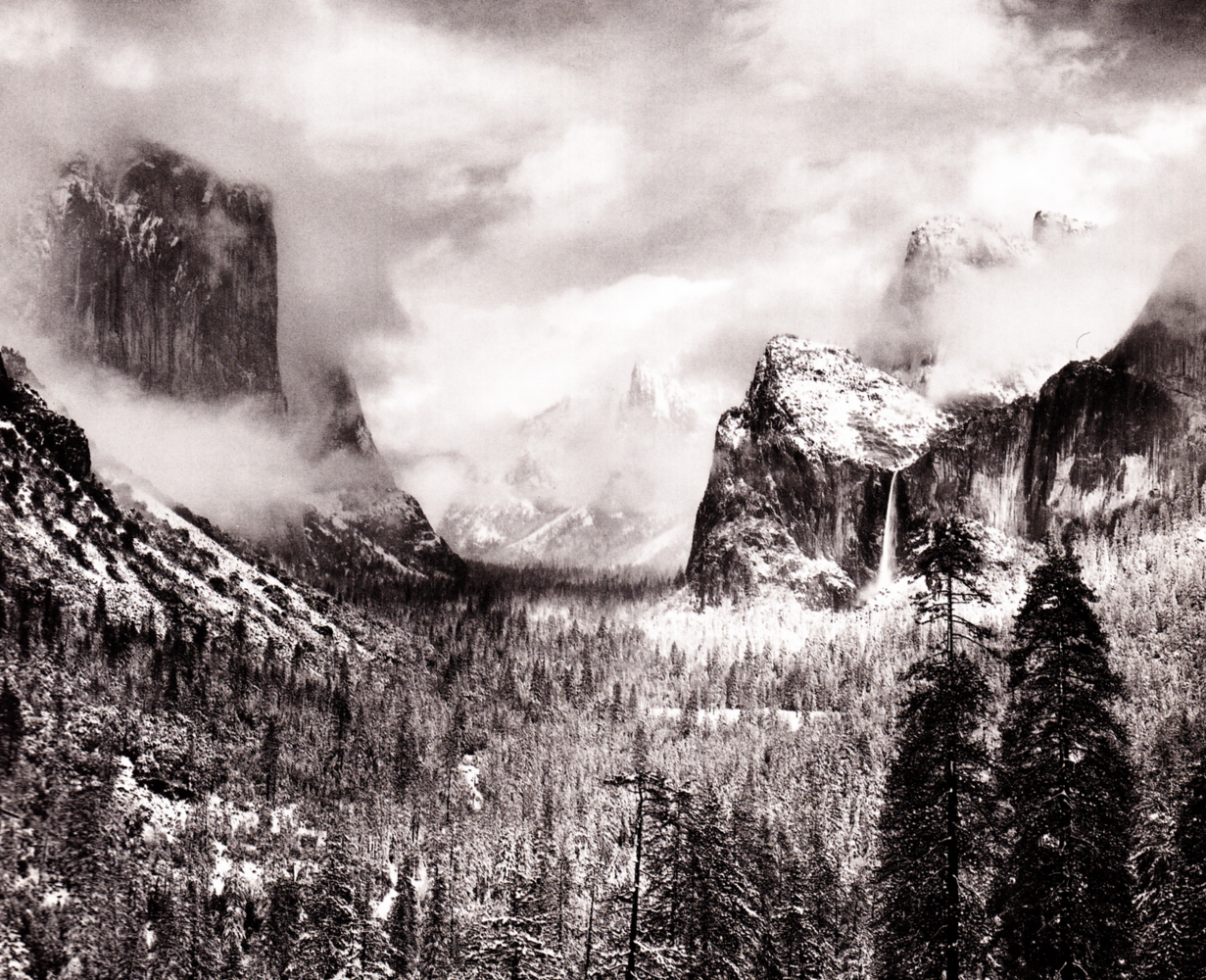 So, why the vast gap? Drew Sawyer, a photography curator at the Columbus Museum of Art, notes that it's likely a result of the very nature of photography: it's easily reproduced. In particular, until the 1970s, little effort was made to edition photographs, meaning the relative scarcity and thus, the value of a collectible was often tough to ascertain. This in turn means that a potential buyer has to have an intimate knowledge of not only photography and fine art, but of the general market and the market for that specific item; a combination that few buyers feel confident enough in to drop six to seven figures on (or eight or nine, in the case of paintings and sculptures). Oftentimes, the exact status of a photograph's dissemination is unknown, making it difficult for it to garner the same sort of stratospheric worth that a Picasso might. In fact, whereas Impressionist (for example) paintings have skyrocketed in the past few years, indicating a recovery from the recession of the late aughts, photography has actually declined below its average value before the recession. With that in mind, now might be a good time to invest (you know, if you have a spare $500,000 lying around).

Do you think photography should be on equal standing with other visual arts? Is it as highly regarded as an aesthetic, even if it lags financially? Let us know your thoughts!

Of cause not. The cheapest art is whiste.

I'll use Cartier-Bresson or Lee Friedlander as examples here. Could someone with basic skill and dumb luck have shot the same images they did? Certainly. Could an amateur get lucky and create a great sculpture or oil? Not so much. At least, that's one way to look at it.

Alas, art is often valued by the signature at the bottom. The actual image is often secondary.

Two years ago I took part in the SALA art exhibition in Adelaide South Australia.It is an annual event in which amateur and professional artists exhibit for exposure and also profit.(South Australian Living Artists FestivalL)It consists of all art forms that can be hung and/or viewed. I was involved with 6 actual brush artists and myself the sole photographer of the group.I probably sold more pieces than the others as their prices were very high. I did not really break even with my costs,In fact some put up their price so high as they actually did not want to lose their work to a buyer.To sell photography one has to have a great picture but also very shrewd business and marketing skills.In my opinion photography will never catch up with other brush type art overall but there will occasionally be exceptions to the rule. I didn't bother to go in this years event.I sometimes think that if I painted over some of my prints I could sell them at a higher rate.After all adult colouring books are all the rage now.

I disagree that photography is somehow "lesser" than other art forms, however I do know who it is perceived that way, and it isn't because of the number of "photographers" (there are just as many people who are amateur painters for example.

First, there is the perceived notion that photography is easier than painting or sculpture. In a sense this is true, as you can go to any cheap camera, put it in auto, and produce decent looking snapshots that are acceptable to most of the population. While there is a lot more that people do not realize (education/equipment, vision, etc) that goes into producing consistent professional results that people do not realize, it is perceived that "anyone" can do it.

Secondly, even in the case of acknowledged "masters" who one would think would demand a premium at auction blocks, there is the problem of reproducibility. When someone makes a sculpture or a painting, it is a one of a kind original. Disregarding forgeries, one will never be able to make that piece again. Contrast that with photography where the end result, the print, is already second hand. The true work of original art is the negative (or now, digital file). Because it is a medium that is meant to be reproduced from negatives or digital files, it lacks the "scarcity" to create as much value. Even in cases where a negative is auctioned off (which would fall more under a "collectors piece" than art, since it would be tough to display) it is impossible to determine how many prints were made from it.

All of this effects perceived value and how much people are willing to pay for photography, not just in the art world, but even in everyday life.

It's a good point that all photography is essentially a reproduction, there is little to prove you have 'an original' especially when there isn't really one to have.

I'm not sure there are just as many painters though, and there definitely are more photographs which I think does add to the problem. Even if the photos aren't great the simple presence of so many indicates it's an 'easier' skill, and affects the supply / demand equation on how much a photo is worth.

Of course the main reason is probably just Ansel Adams is just not as well known as people like Picasso. If you're spending a lot on a work of art you want it to impress people, not make them think "who"?

Many people see "traditional" artists as creating something out of nothing using great skill and vision. By contrast, photographers are thought of as just seeing something to photograph. A skill anyone can have if the have the right equipment. Hence the frequent question, "What camera do you use?"

Hey Alex time for you to read some Michael Fried: Why Photography Matters as Art as Never Before… ISBN-10: 0300136846

We should be asking why people buy sculptures, paintings or photographs. Do people by sculptures or paintings because they like the piece, or are they purchased as an investment, or even as a collector item? Like Alex has said, there is only 1 original sculpture or painting unlike photography.