The Subtle Mistake That Can Cost You Photography Clients

You've spent the time learning your craft, you've built a portfolio, and you've invested in your business, but the clients still aren't rolling in. Here's why how you craft your portfolio can hold you back.

The Brain Has a Negativity Bias

Let's take a hypothetical married couple. Now, let's ask each of them simply to write down every positive and negative thing they can think of about their relationship. On average, what do you think the ratio of positive to negative things on the respective lists would have to be for the marriage to be successful over the long-term? Equal? Two to one? Believe it or not, the answer is actually five to one.

Your brain has a negativity bias, meaning it reacts more strongly to negative input than it does to equally positive input. You can see this bias pop up in all sorts of places. In social judgments, people rarely consider all traits of a person with equal weight, but rather place a disproportionate emphasis on negative traits. People show increased cognitive activity when presented with negative items or words. Voters are more likely to vote against a candidate because of negative traits than they are to vote for a candidate because of positive traits (thus the creation of attack ads). Negative memories are thought to be more salient than positive counterparts. A paradox that often arises from this uneven weighting of negative information is this: suppose a liar occasionally tells the truth. People will still tend to think of them as a liar. On the other hand, suppose a normally honest person tells an occasional lie. People will tend to think of that person as a liar. Evolutionarily speaking, the negativity bias has some value. After all, we should react pretty strongly to certain negative stimuli. If our ancestors were apathetic toward predators... well, natural selection probably took care of the apathetic ones.

If you pay attention, you'll notice this bias in play in your daily life. Are you more impacted by a compliment or an insult? When making a decision, do you weigh the costs or the benefits more strongly? Do you tend to fixate more on what you like about someone or what you don't?

The Brain Also Has a Self-Serving Bias

The brain also has a tendency to bias itself in a way to maintain the individual's self-esteem. People tend to ascribe success to internal causes and failure to external causes. They tend to say a good photograph was the result of their abilities and a bad photograph was because the lens missed focus. They tend to overrate their own strengths and downplay their weaknesses. They also tend to reject negative feedback. You can see that last aspect at play just by looking at people asking for critiques online.

Where This Comes Into Play With Photographers

You might be saying: "Ok great, I get it. We're all naturally negative people. What does this have to do with photography?" It has to do with your portfolio. If you're like most photographers these days, the main portfolio you present to clients is on your website. It's super convenient, of course: anyone, anywhere in the world can instantly pull up your work at anytime. You just give them the address, and there it is. It's also incredibly easy for you to update. There's no printing a new book, no cost of materials for changes. You pay your yearly hosting fee, and you can upload and change your portfolio whenever you please. It's an incredible step forward in convenience from the printed portfolio. 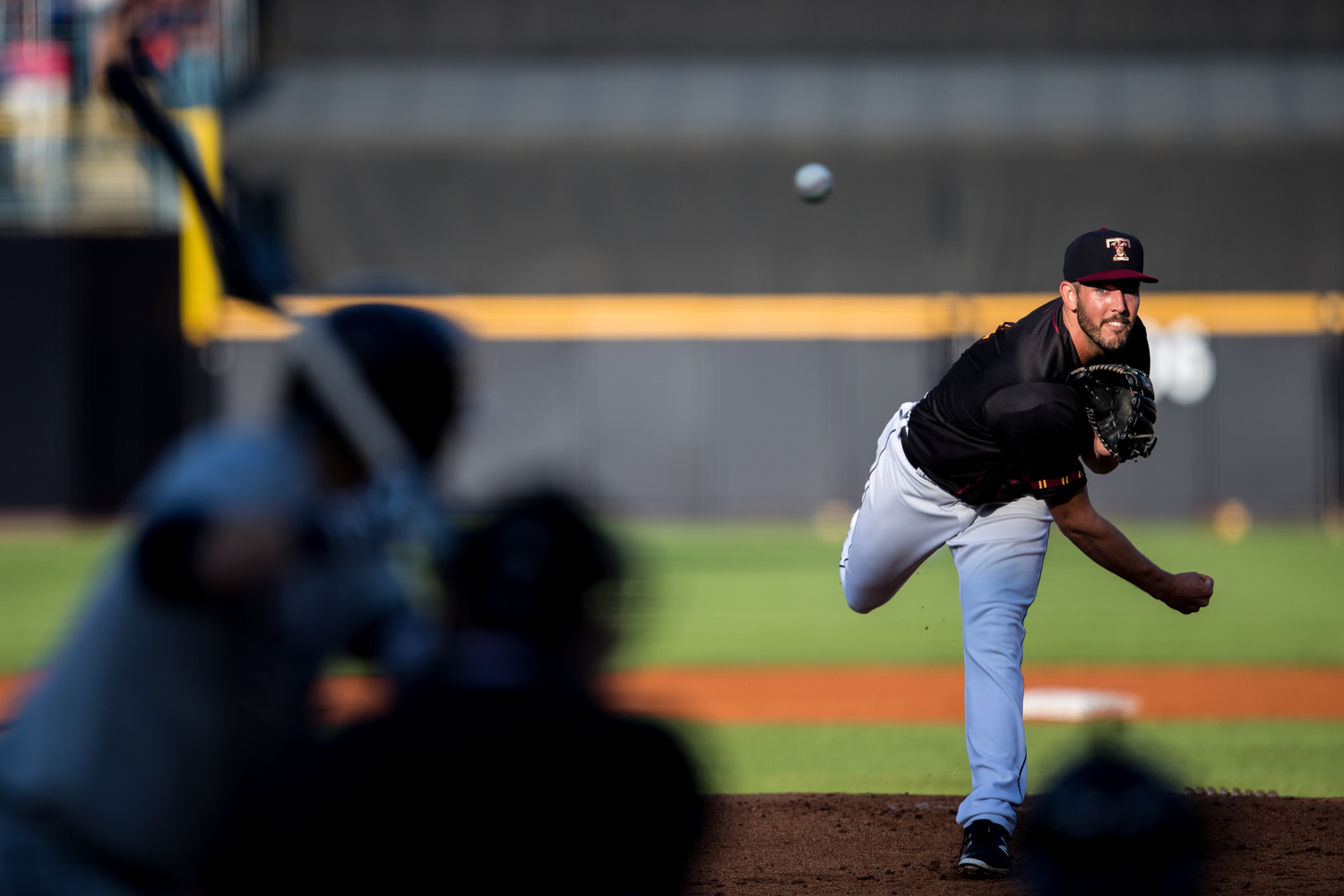 It's incredibly convenient that I can put this in my portfolio in seconds.

But with that convenience comes a downside. Things that are convenient are often done with ease, and things that are done with ease are often done without much thought — our brains often use the heuristic principle that low effort requires low consideration. And so, whereas modifying a printed portfolio is something that requires careful consideration of the effort and cost and thus of what's included or not, we sometimes don't think much about changing an online portfolio. New shoot? Dump the images on there. Why not?

The problem comes when we consider the brain's negativity bias. You can have a section with 10 outstanding images, but one that's fairly lackluster. Of the 11 total, which do you think a viewer is most likely to remember and which do you think is going to factor most into their decision to hire you? Seeds of doubt, once placed, are very hard to remove from a viewer's mind.

And because of the anonymity of the Internet and the fact that you're not actually sitting, talking with this potential client, you won't have a chance to remove that doubt. People have short attention spans and tend to make snap decisions, particularly on the Internet, so if you give them a reason to doubt you, they probably will, unfortunately.

It's tempting (particularly with the ease of the Internet) to thoughtlessly overfill our portfolios. But that can come back to bite us when we put anything but our best work out there. It's far, far better to have a portfolio of just a select few of your best shots than it is to have one with more shots of varying quality. A positive impression can be formed through 6-8 high-quality shots, but a negative impression can be formed from just one bad shot among 15 good images. 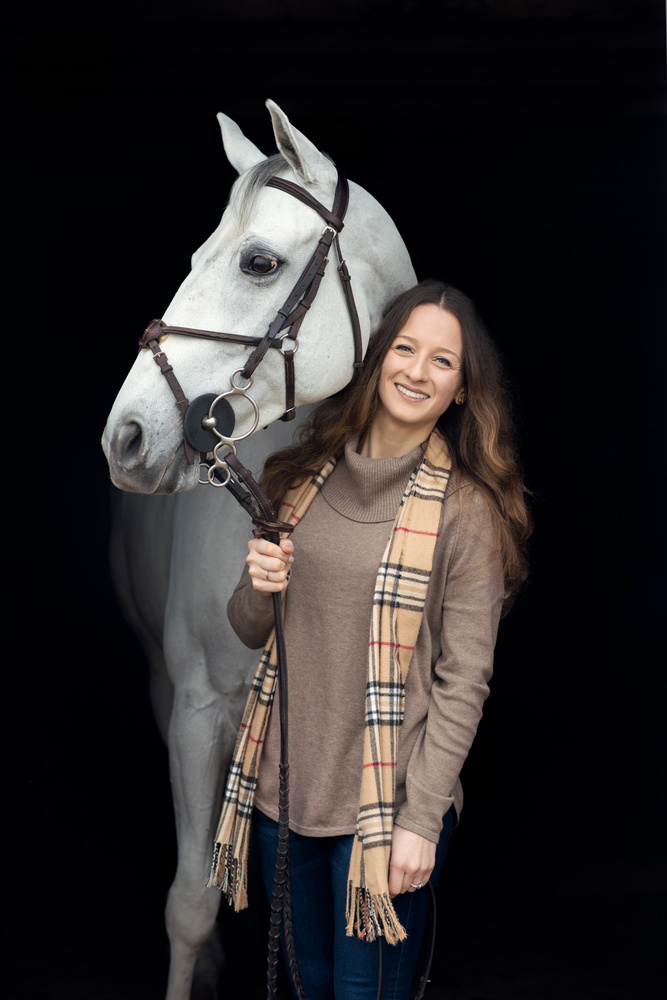 Only your best shots should go in your portfolio. Nothing else.

My general rule is that if I catch myself wondering at all if a shot should go in my portfolio, I already have my answer: it shouldn't. Nonetheless, a lot of us (myself included) sometimes have trouble being objective about our own work, which is why it helps to have a photographer friend whose opinion you trust. Don't be afraid to run your work by them. Not only will it help keep you honest about your own work, you never know what you might have missed that someone else's eye will catch. Be ruthless in culling your own portfolio, and present potential clients with your best (and only your best) work.

Business / July 31, 2019
A Mistake Many Photographers Make When Trying to Get New Clients

Dang! This really hit home! Now to weed out the mediocre ones! Thanks for the reminder

If I say “Steve McCurry” do you see “Afghan Girl” or one of the photos from the 2016 “photoshop scandal”?
If I ask you to name a movie, a song, a painting, a photo, etc. do you come up with the ones you dislike?
I don’t.

The creation of attack ads can be effective in political campaigns because If people are not voting for the other candidate it will increase their own chances to get elected, but you don’t see it much in commercial advertising. Coca Cola advertising is usually about how cool and fun their drinks are and not about trashing Pepsi.
Making money as a photographer is about selling yourself. Having the best portfolio will help, but a photographer with an average portfolio and great selling skills will most likely be more successful than a photographer with a great portfolio and average selling skills. There are so many skilled photographers these days that will make it hard to compete on photographic quality alone. The more obvious mistake is not Investing in improving your selling skills.

A lot of photographers with online portfolios should learn this. I already knew it which is why I don't have a portfolio! ;-)

Very good article. Reminds me of going through my galleries again and doing some cleanup. This is also important: To repeatedly revisit the portfolio and to polish it a bit. Objectivity towards one's own photos comes only with time.

I'm afraid that the days of earning a living as a photographer are looking a little bleak at present thanks to Instagram and iPhones. Watch Antique Roadshow on PBS for a few weeks and you'll see that value and scarcity go hand in hand. Flood the market and you kill it! All that said I love the image of the horse and rider! Definately portfolio worthy!

That's why you need to shoot photographs of subjects that can't be created as easily or sourced from a stock agency. Shoot an image of the Grand Canyon not so much value today as there are tons of stock images. Shoot an image of the Grand Canyon with a local politician running on protecting the environment, now you have something that has more value. Lighting is another aspect that can add value to your photographs that typically isn't being done by the masses - yet. Find something that separates you from the masses and subjects that people are interested in.

I recently attended an ASMP event where the photographer said he is making money with landscape photos for commercial clients. The fine detail was that the clients are only interested in local landscape photos because those Grand Canyon shots can be bought from numerous stock agencies. The clients are local businesses that want to convey they are part of the community so local images on their walls is important..

And the last thing to think about is making photos that are time sensitive. Think of subjects that require capturing the current situation, such as fashion, sports, political issues, etc. A photo of a bowl of fruit could be from today or 5 years ago, and again I can find tons of that at stock agencies. Alex's horse and lady is somewhat time sensitive. Perhaps in 4 years she has another horse or simply her own look is dated and she wants to look up to date.

Nice article Alex. I'm now tasking myself to re-evaluate my website over the next week.

Nice topic, and an opportunity for each of us to submit to one another our online portfolios for critique. I'm always eager for someone to have a look and give me their impression. Please, fire away at mine... in any regard.

To much of a good thing isn't always a good thing, especially if it isn't all good. Nice article.

déjà vu, I was looking yesterday at a social media post of a photoshoot and only remember the two shots that needed a lot of work...

Looks like we are going navel-gazing again. All this pseudoscience is like gobbledygook to me. I say hit the button, keep hitting to you get it right. Nothing like failure to make one sharp. My rant of the day.

Care to explain why theories based in peer-reviewed scientific processes are pseudoscientific gobbledygook?