How 12 Images Changed My Life Forever

We all have those pivotal moments in our lives where a single decision changes everything. When I picked up a camera about five years ago I quickly became obsessed with composites. In the beginning, I honestly had no idea where to even begin learning how to create these marvelous hybrids of photography and digital art. I had to learn how to create composite images! I knew if I could get to a point where I could create what I saw in my head, I could change the path of my career. Little did I know composite photography would change my life forever.

I have always been a person of perseverance. When I was in elementary school I tried out for the choir group and I didn't make it. I felt as though it meant I wasn't a very good singer. From 7th grade through 11th grade I tried out for the basketball team every year and got cut every time. I struggled with my weight all through grade school, and I think that was a big part of not being athletic enough to make the team. I was told that without a college degree, I would end up working low end jobs and never really have a career.

Well, in 2006 I was in a band that was signed to a indie record label. We were able to tour the country and thousands of people heard me sing... and they liked it! When I was 21 I ended up shedding 70lbs and finally started living a healthier lifestyle. Today I have a career that I love, and I am more successful than I would have been with any of the degrees I considered. I'm telling you this to show you that the only person who is going to keep you from reaching your goals is yourself. Never let anyone tell you can't do something. That is up to you and you alone.

Let's rewind back to June 2013. I finally decided it was time for me to create a personal project. I wanted to create a series of photos featuring real law enforcement personnel and first responders in an epic movie poster style called "Not All Wear Capes." Up until this point, the only compositing I had done was shooting band members and athletes individually and putting them on solid or simple backgrounds. 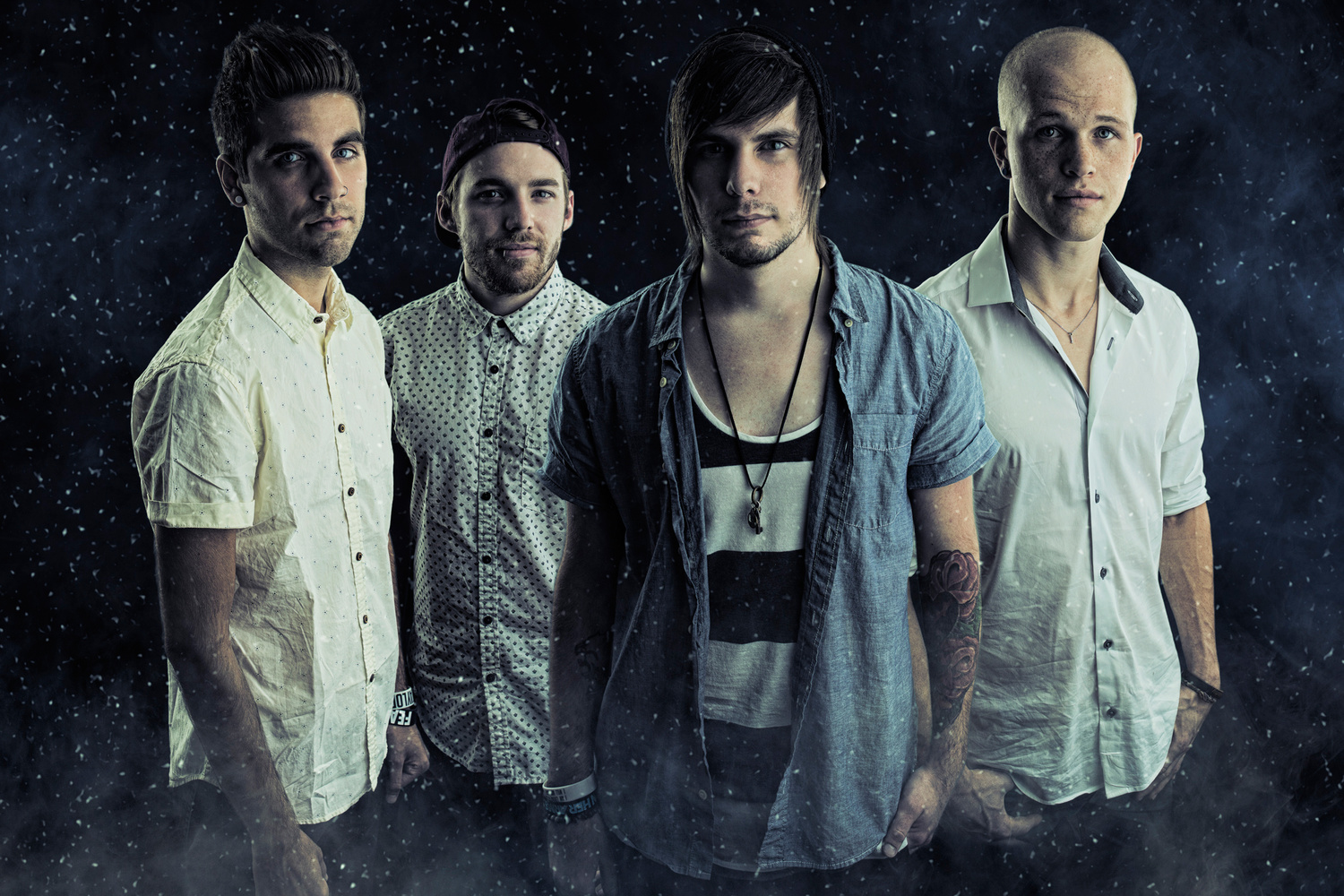 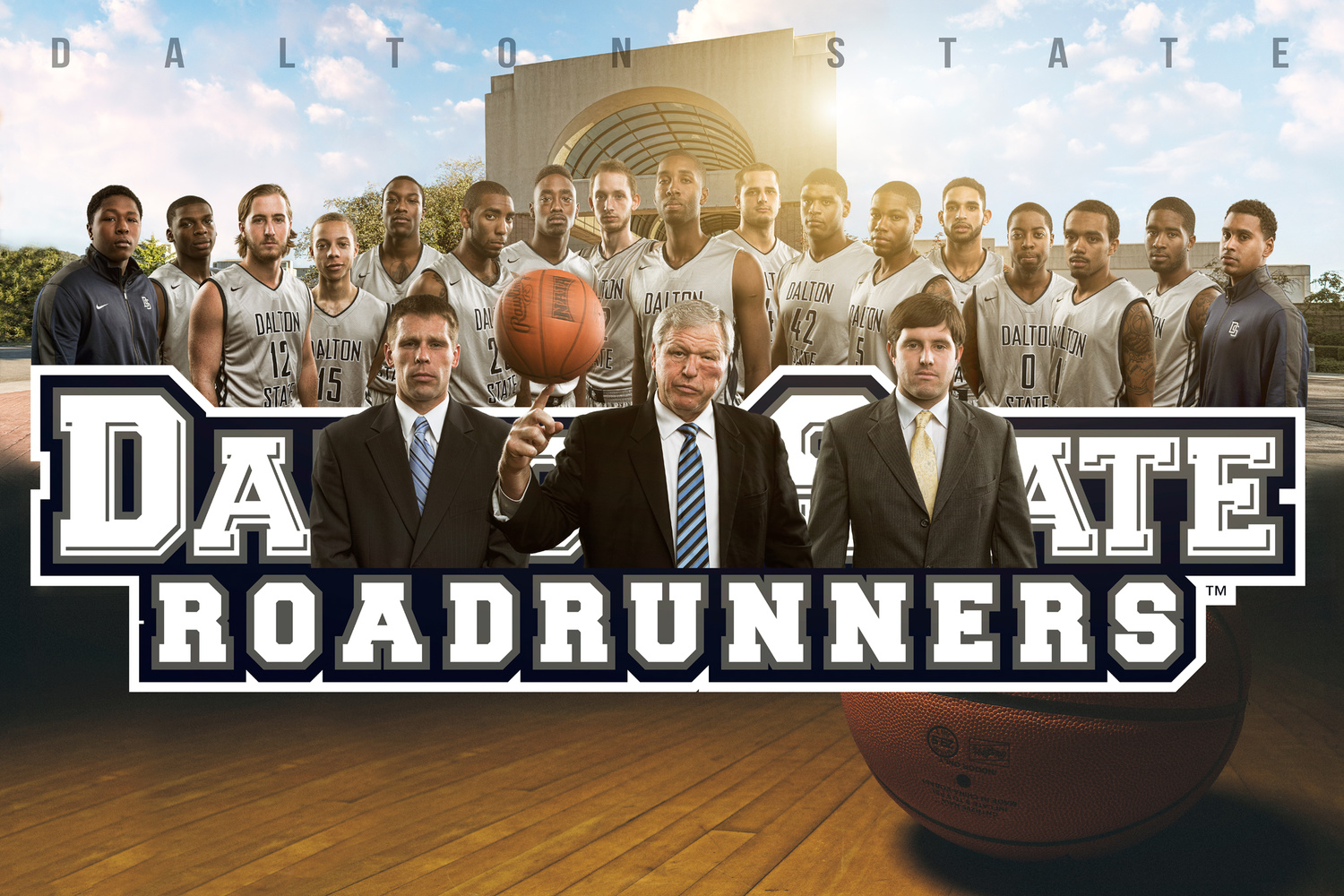 Working with perspective and depth was going to be a new challenge, but one I was extremely eager to take on. The first thing I had to do was find subjects to shoot. I decided to reach out to the local police department and it sounded like a good plan at the time. However, being a photographer that no one has ever really heard of and trying to shoot a series of composite images with no previous work to show makes it very hard to be taken seriously. I got the the run around for about a month. A series of "I'll get back to you as soon as I can" emails started to discourage my aspirations of creating this amazing series I saw in my head. As I stated above, I'm a persistent guy. I decided I would just figure it out on my own, and that's exactly what I did. Over the next five months I determined to make "Not All Wear Capes" a reality. 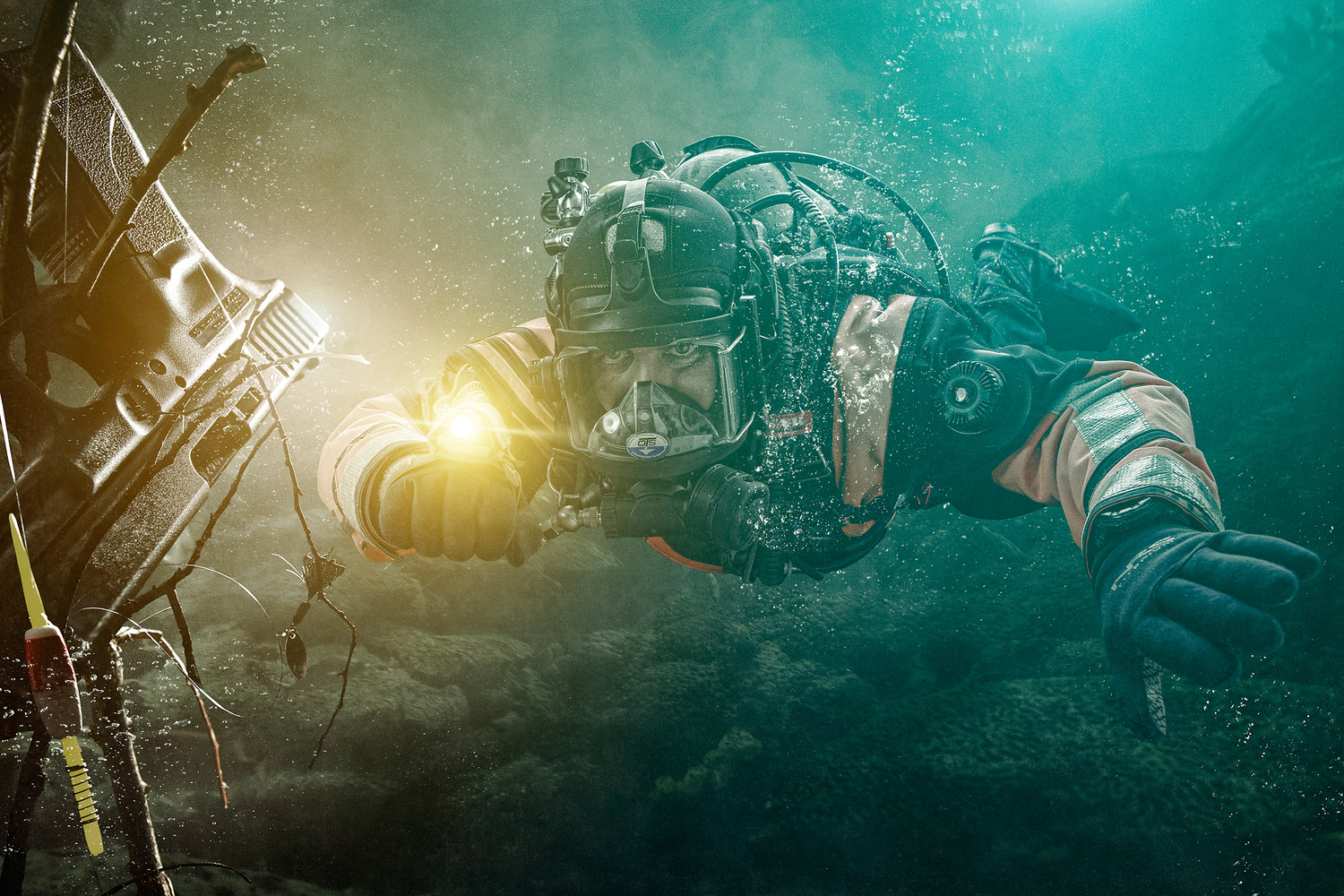 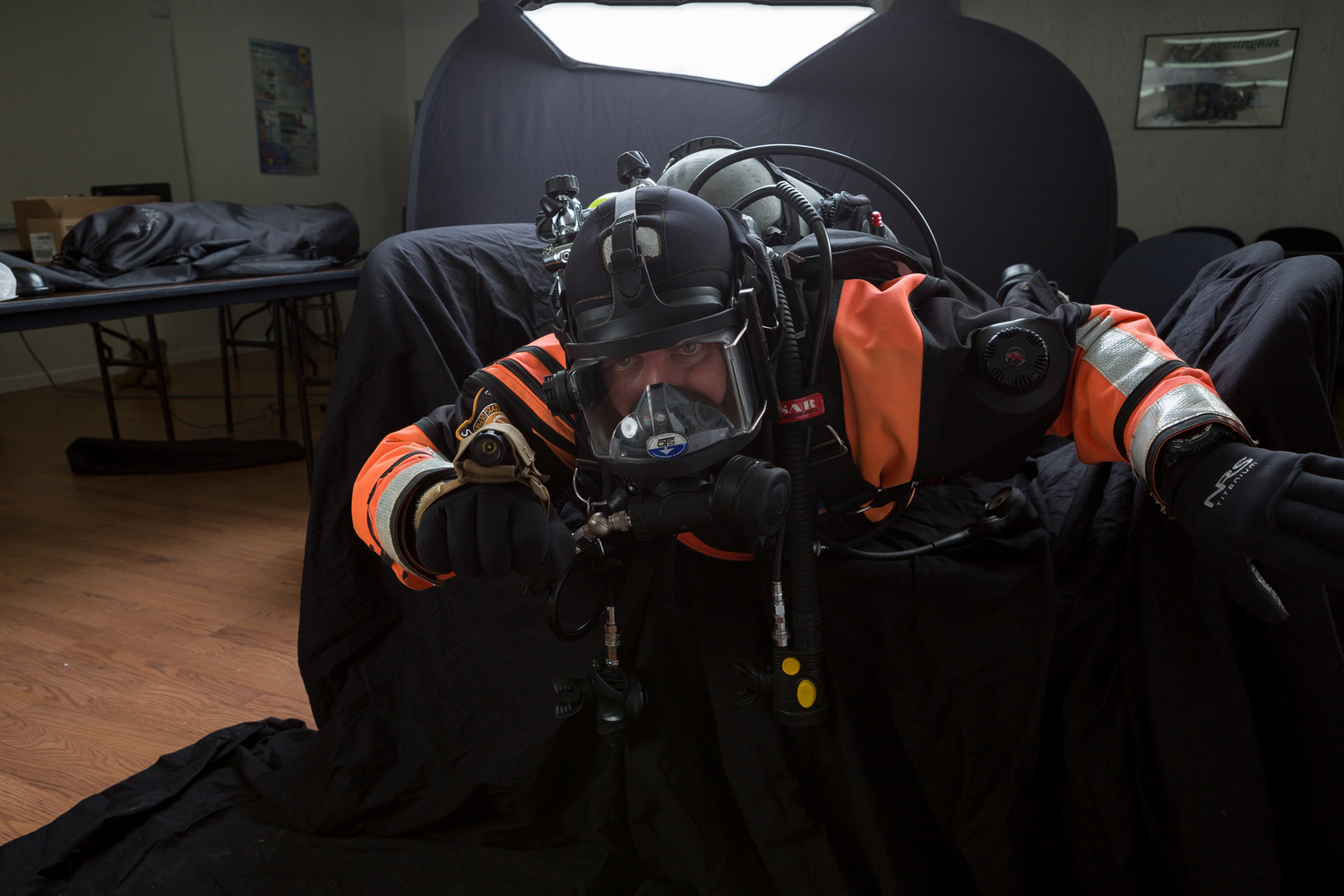 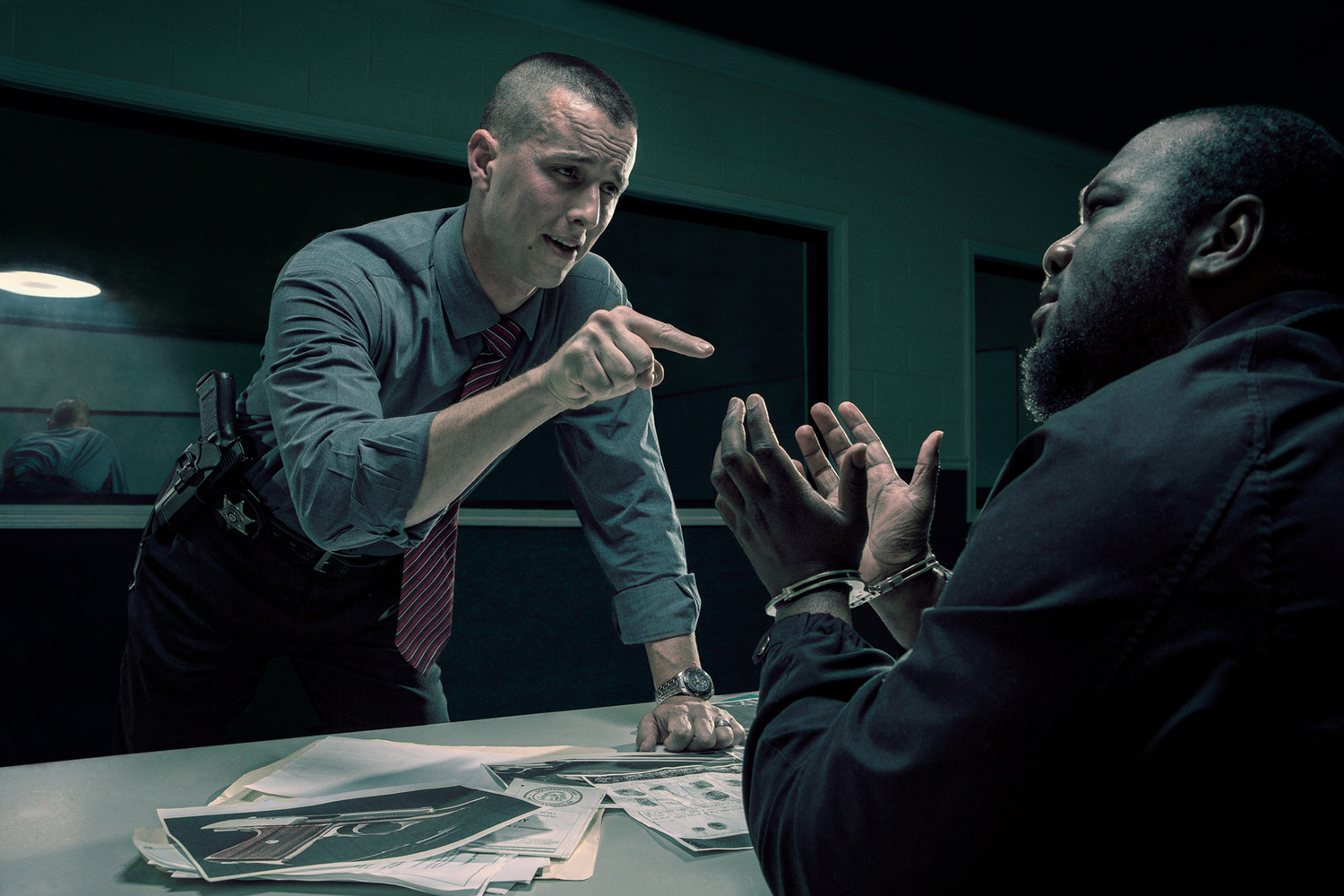 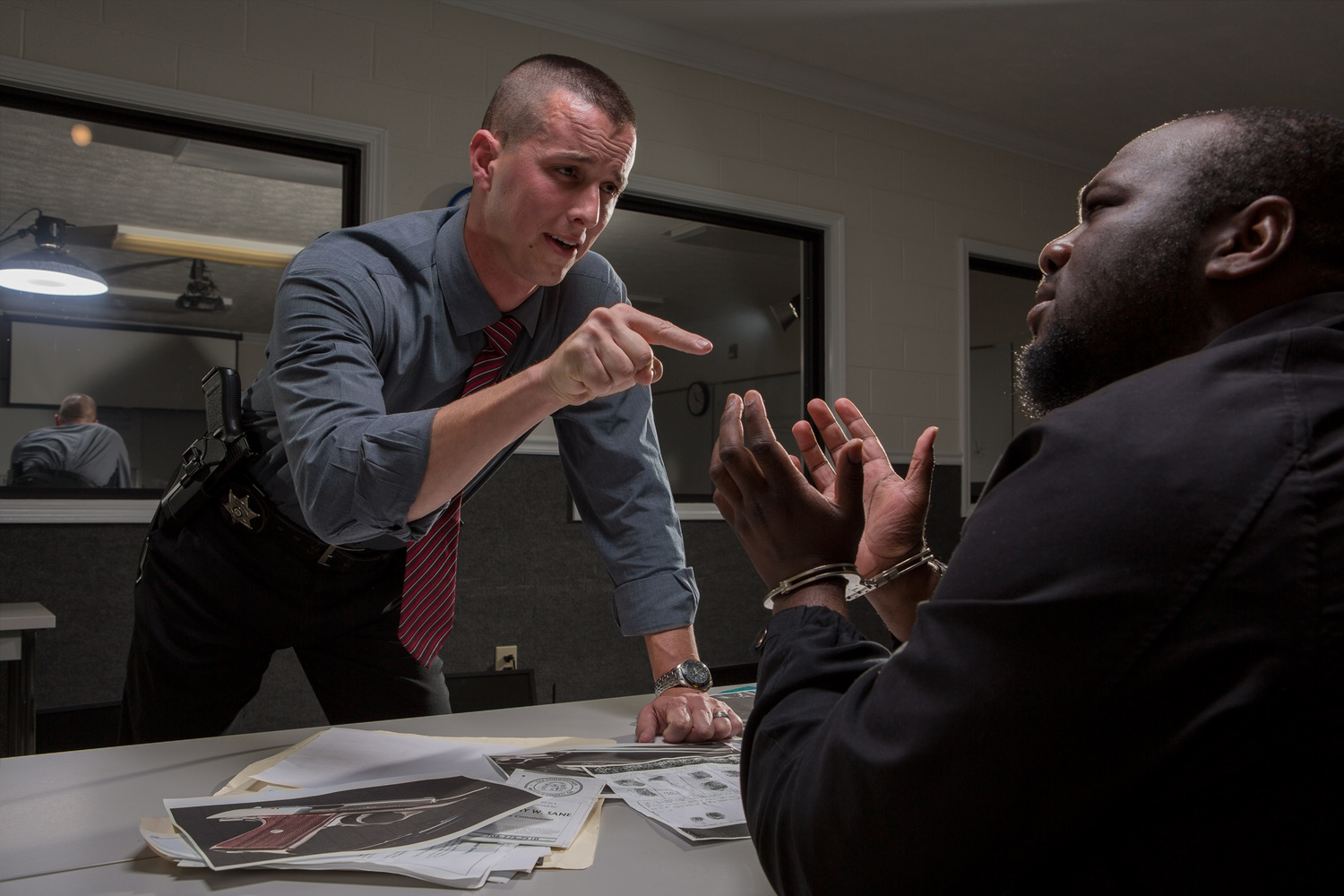 However, this isn't an article about my series. This is an article about how this series changed my life. If you would like to know more about the series you can check out this awesome article by fellow photographer and Fstoppers writer, Dani Diamond. Diamond's article was the catalyst of everything that followed, and for that I will be eternally grateful.

I released the series in December 2013 at a local gallery showing. We ended up creating calendars with the series, and sold them to raise money for local art scholarships for children. By the time January rolled around, the local hype had died down. In all honesty I thought it was over. I started posting the series in the Fstoppers group on Facebook. I had posted images before, but I had never received a response like I did from this series of images. The response was extremely positive. Posting the images in the group was what initially got Dani interested in writing the article. He released his article on April 17, 2014.

Not too long after that, the roller coaster that has been my 2014 began. I started getting email after email from blogs all over the world wanting to write about "Not All Wear Capes." I was featured in Digital SLR Magazine. I was asked to do tutorials for Advanced Photoshop Magazine. I was contacted by AOL to be featured on the Huffington Post. Not long after that I was contacted by Yahoo! Studios to be featured on The Weekly Flickr. It was even featured on The Meredith Vieira Show! The series had gone viral.

Going viral is an amazing thing, but the truth is it doesn't last forever. Before doing this series I honestly had never even thought about the tactical and law enforcement industries as a potential market for my work. By creating the "Not All Wear Capes" series, I had accidentally created a niche for myself. Little did I know, the series wasn't just making its way around the photography world. It was also being seen by first responders, law enforcement personnel, and businesses in the tactical and law enforcement industry. I received many emails from people thanking me for creating this tribute to their profession. It was an extremely humbling experience. "Not All Wear Capes" was inspiring people. Photographers were writing me wanting to share their photos and seek advice. It was truly amazing. It made me feel as though I was making a difference.

My life really took a change when I started getting work. Before I knew it, I was shooting images for some amazing businesses in the tactical and law enforcement industry. I started getting enough work to quit my job and become self-employed much earlier than I had ever anticipated. I truly feel like I have found an outlet for my work and my creative process. I feel like I have only scratched the surface of what is to come. 2015 is going to be a great year! 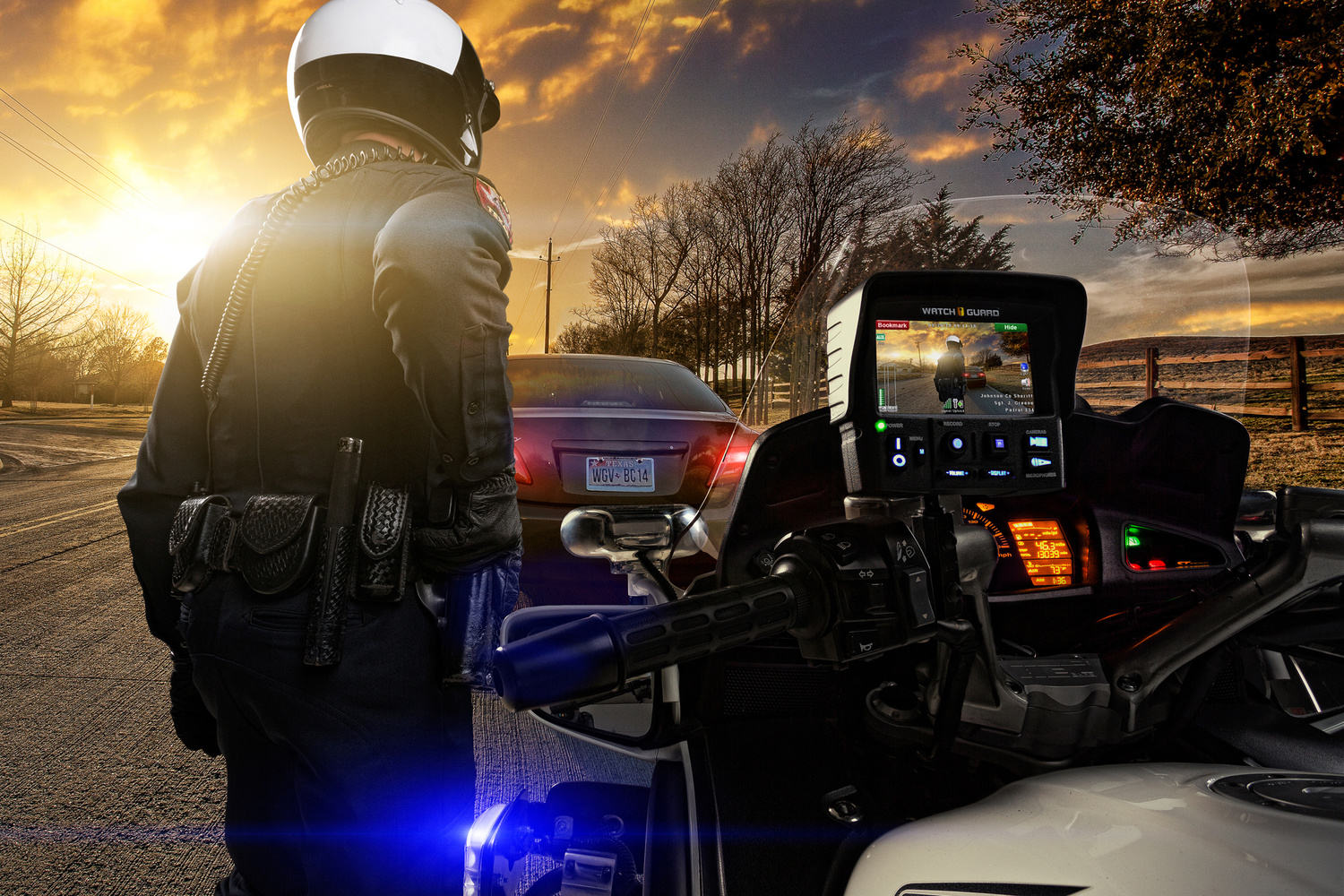 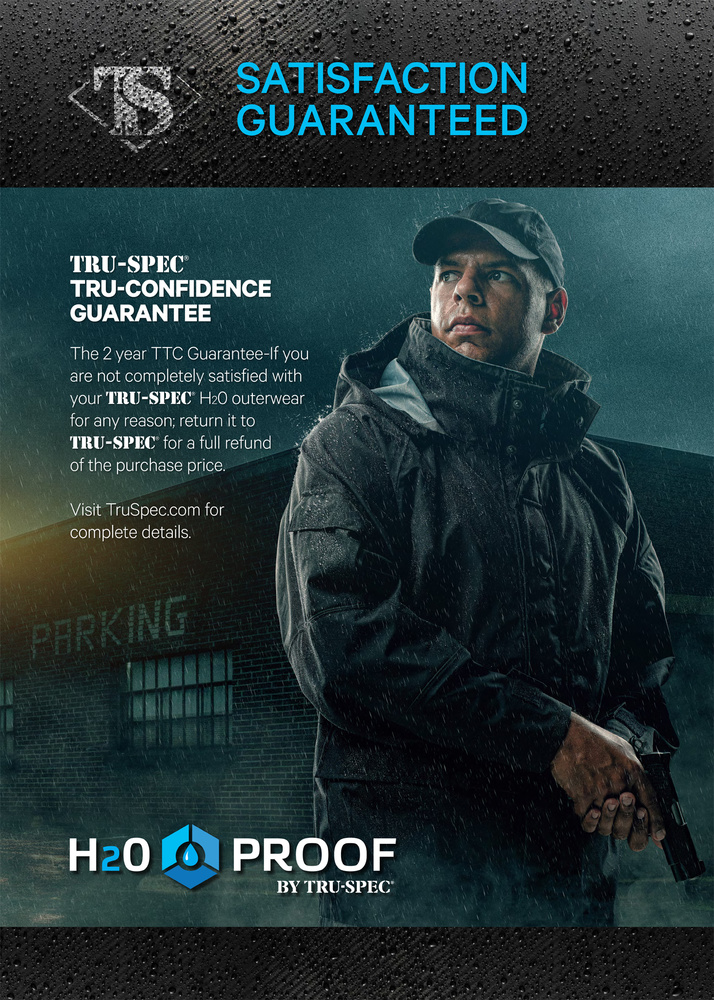 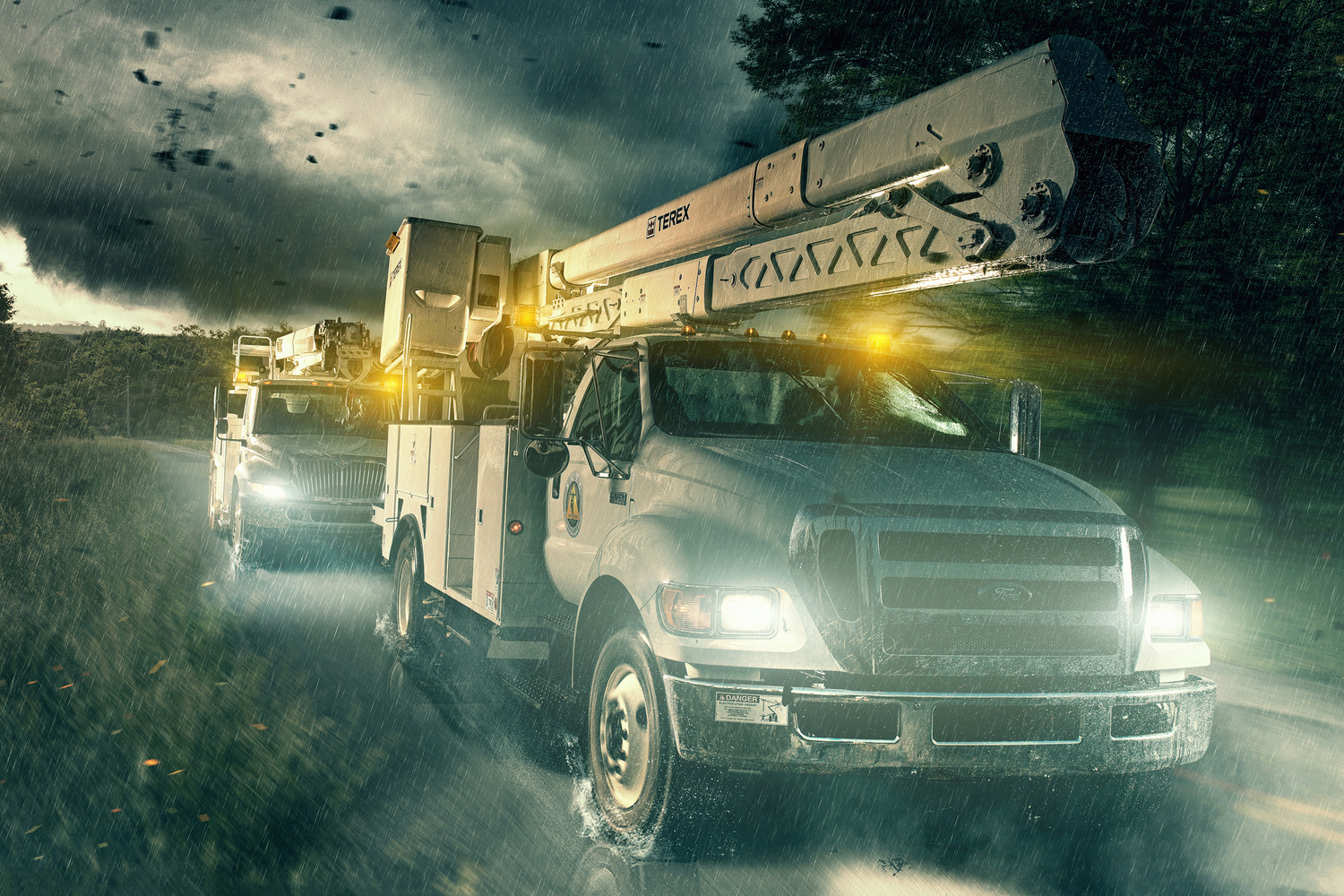 I'm writing this article hoping to inspire. I created a 12 image series and poured my heart and soul into it. I created images that I had only dreamed of creating before and the pay off was so much more than I could have ever anticipated. I can't guarantee that everything will always fall into place for everyone who creates a personal project. What I can promise is that it will make you a better photographer and will be more fulfilling than any commissioned project you will work on. You will get hired for the work you have in your portfolio. Ask yourself, "Does the work in my portfolio reflect the work I want to do in the future?" If the answer is no then do something about it. You are in control of your destiny. I'm a firm believer that God gives us gifts and talents, but it's up to you to use them. You can't walk through a door of opportunity without getting up and taking steps through that door. My challenge is this: Get out there and create something amazing!

Great Story and great skills. Perseverance is the most important ingredient in success of any sort. I am happy to see a story like this.

THANKS for the article. Even thou I get to shoot cool cars, I feel like I am in a rut never doing anything else. The dream and goal is to make a living doing composites as well. Your article helps me to see beyond the dead end and inspired me with some ideas how to break into something I love to do. I am also a believer that our gifts are from God, but we still need to get out there and put those gifts to work, and make it happen. Congratulations on the success!

That's awesome! Happy to inspire! That means a lot thank you!

Because I'm doing the work the way I want to be doing it. This is the way I create and it works for me.

You totally missed the point.

Because that's the medium which he chose to pursue, perfect, and be passionate about. Keep up the good work Brandon. You inspired me to go out and do personal work for what I love, the agricultural community.

Dave is one my inspirations for sure! Thank you!

The image up on top is action packed crazy. Keep up the good work!

Very inspirational story Brandon. You created a niche for yourself even without planing it. That speaks volumes about your talent and potential. Congrats.

thank you! That means so much!

Very excited for you, Brandon! Well done and well deserved.

Very inspiring story. And I love how the images turned out in post. Lots of hard work there :)

"Go Create" is kind of what I am going to force myself to do. I have been stuck in "take photos" mode, not "create images". I would make situations where I would be able to get some photos, but I never layed out a clear vision and created images.

Always liked your work Brandon...and you really managed to tap into something that moved a lot of people and I'm sure that helped contribute to your success.

One question though - roughly how long were you spending on each composite in post work?

Different for each one. They can take anywhere from 4-30 hours each

I feel like about 80% of the readers are where you were just a few months ago.You have such an amazing technical ability, but what really pushed your career forward was your vision. Its always awesome to see how much a personal project can positively affect one's work.

Thanks for posting, man. Keep doing what you do!

Thank you so much Adam. That was my exact thought when I wrote this. A year ago I was just another reader of this blog and I wanted to write it for everyone who is where i was then.

Great stuff. How'd you get from "no idea where to begin to create these marvelous hybrids" to being able to create what you saw in your head?

Yeah. Im hearing from a few people that youtube is the resource on this. keep up the great work.

Thanks for this story... Inspiring as I set my goals and plan my personal projects for 2015!