Ever Wondered How Photography Studios are Built?

I love going through Pinterest and looking at all of the beautiful photography studios. Broncolor lights, clean lines, tripods that could support a small car, but in this video I go through the realities of making your own studio space.

When I started out in photography, I didn’t ever expect to have my own studio. It wasn’t something that I ever envisaged myself wanting or  needing. Then as time went on, and the British weather meant that location shoots were too risky to make a stable income from, I decided to take the plunge.

My first space was an office above a bar. It was great. Warm, bills included, city center location, and most of all, it was my space. I worked from there for about three years. But the landlords had pretty strict views on me making any modification to the room. I was also starting to have different requirements, so I took on a massive warehouse with some friends. Eventually I found myself having the warehouse alone and it suddenly dawned on me that this beautiful clean white, Broncolor clad studio was a lot more work and money to achieve than I had initially thought.

In this video I go over the evolution of my studio from the very grim beginnings to the current situation that I find myself in, before going over the expansion that I have planned in the near future. As well as the logic (or at least my logic) being doing it. I’ve also gone over a few things like the cable management and nightstand modifications that I do which might be of use to some of you.

I plan to document the studio build over the next 12 months, so hopefully, there will be a visible transformation.

It is always a work in progress, right? Looks good but I couldn't handle working in that office space for long. I suppose this is as close to a proper studio that I've had but it was live/work for seven years. 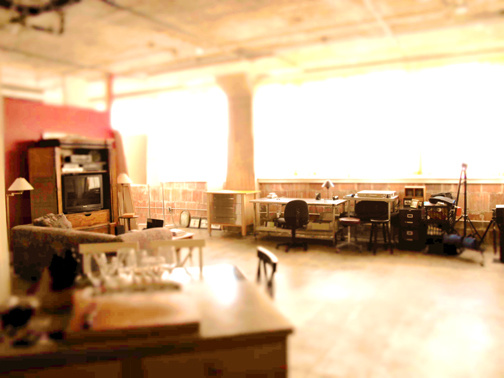 My office is awful to work in. Although in a positive note, it means I am very efficient with my time when I have to work there haha. Hopefully once I have the additional space it will be a nice environment again.

Nicely done. Can totally see the Casey Neistat influence on storage organization and cable routing. Good on ya.

I was late to the Neistat party, but I love the way he organises his stuff. I had never seen anything like it before, but it makes complete sense to me to have everything out all of the time.