Photographer Monica Jane Frisell has spent the last four months living out of a renovated 1988 Toyota Seabreeze, traveling across the United States with her scrappy terrier Lou and a Zone VI 4x5 camera for her project “Looking Forward/Portraits from an RV.” I caught up with her to talk about the project, life on the road, and the process of shooting large format film.

During her senior year as an undergraduate at The Evergreen State College, Frisell bought and started renovating a 1988 Toyota Seabreeze RV, building a platform bed, cabinets, and a small darkroom for processing film and prints. The plan: to travel from her home in Seattle to New York, stopping along the way to interview and make portraits of people across America. In a time of social and political upheaval, as people seem more divided than ever, Frisell set out to cut through the noise and forge face-to-face connections with individual people.

“Everyone has something to say,“ Frisell said. “In a time when we are always seeking connection through websites, social media, and other outlets, it is rare that we sit with a stranger and take the time to listen. With this project, I hope to bring people together through their stories and 4x5 hand printed photographs. By mailing a portrait of a participant to another, my hope is to connect two strangers.” 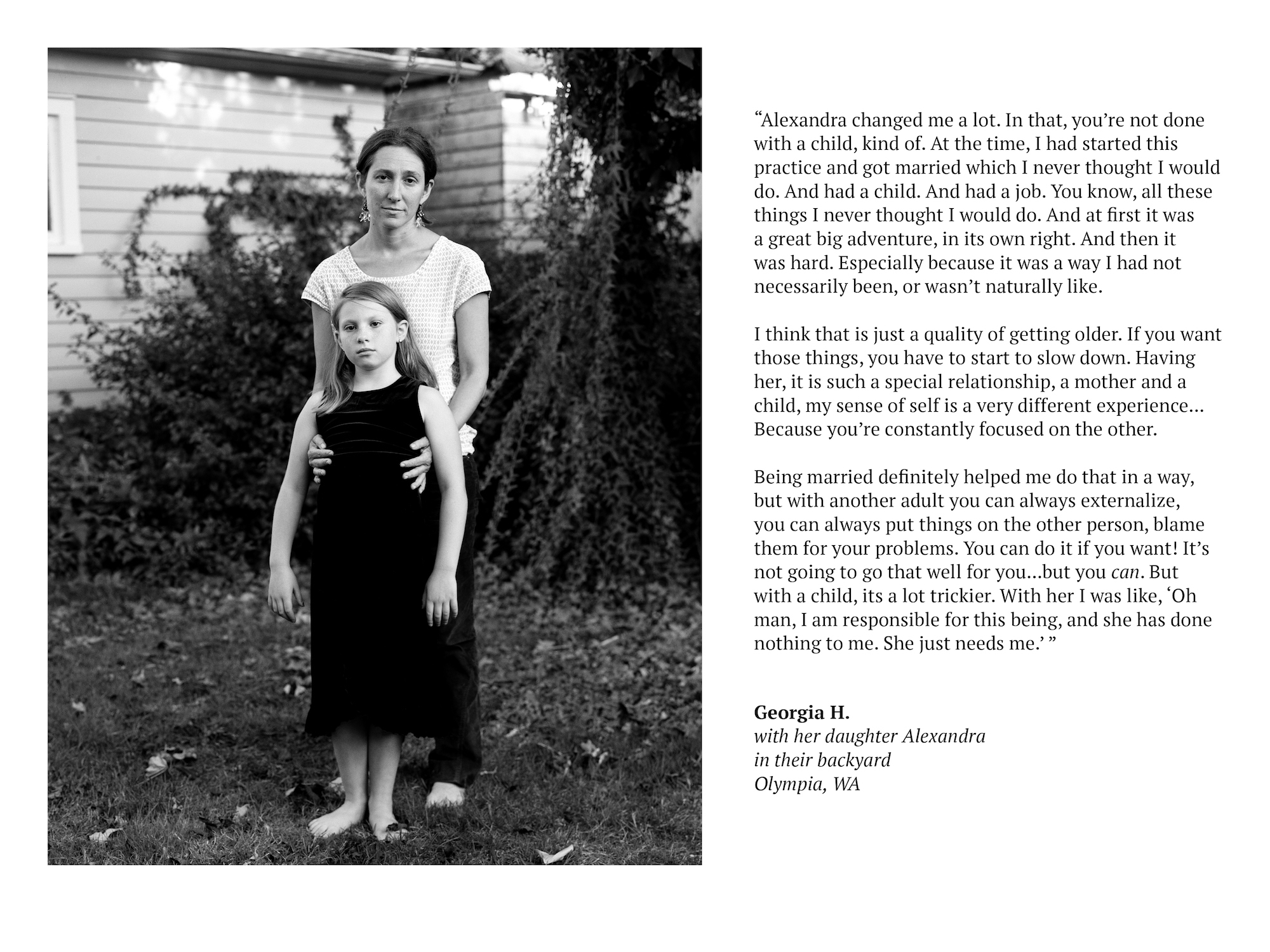 Looking back on just over 4 months on the road and almost 100 portraits made, Frisell says she’s been surprised by a lot. In a way, she says, she set out on this project wanting to see “whether this country is worth fighting for...and I think that it is.” Catching her on the phone as she left a museum focusing on the Jim Crow era, Frisell said, “It’s hard to avoid the darker parts of this country’s history. You can’t not see poverty and inequality. But I’m not pushing to go there in my conversations with people.” While acknowledging that she’s a “white person of privilege,” Frisell says her experiences traveling across the country have left her with the sense that “communities are generally trying to help each other. The [viciousness of] political discourse isn’t representative of the average citizen. We may not have voted the same way, but I’ve been treated kindly and respectfully by the people I’ve met. I do find a lot of hope for the future.” 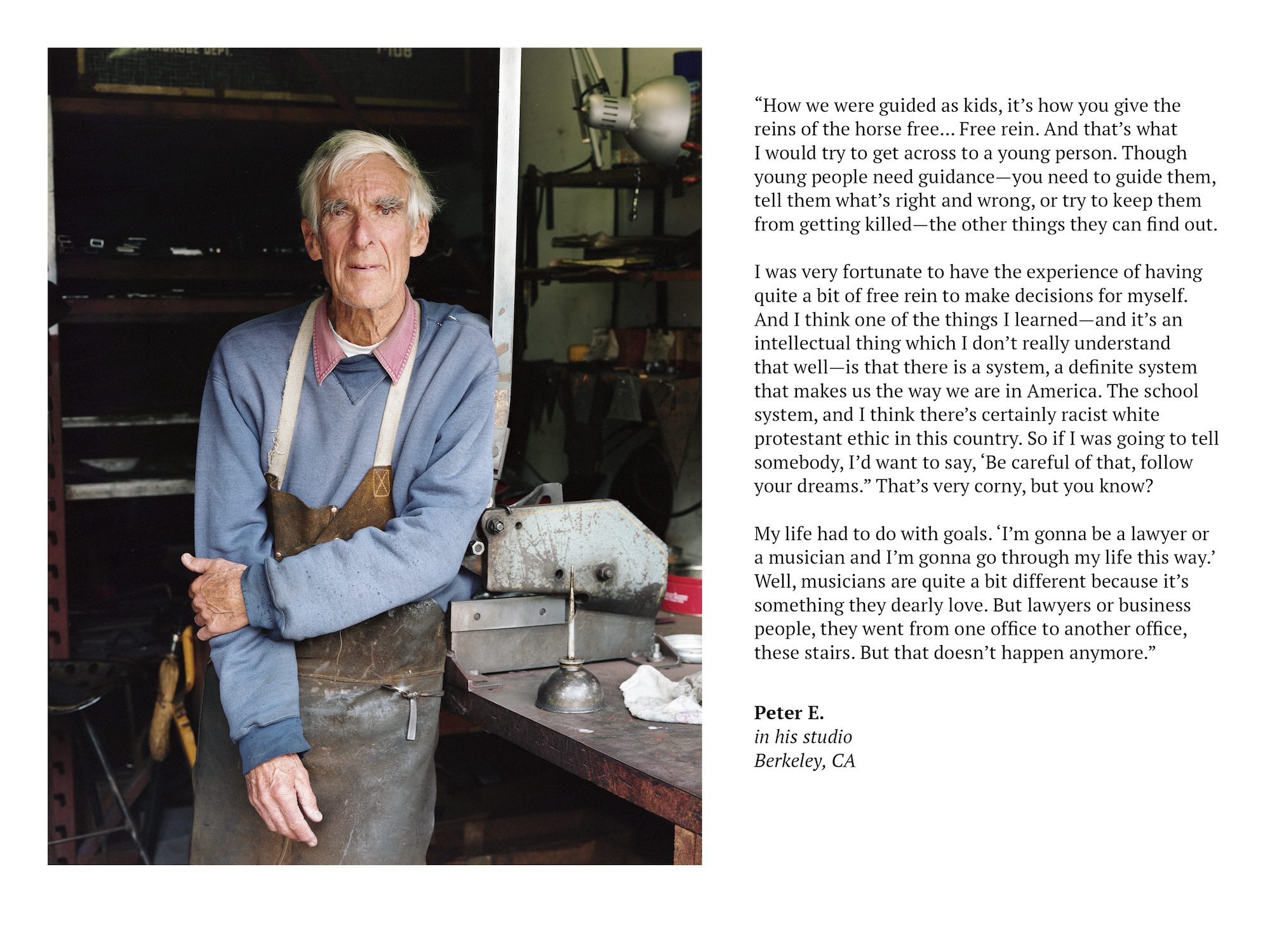 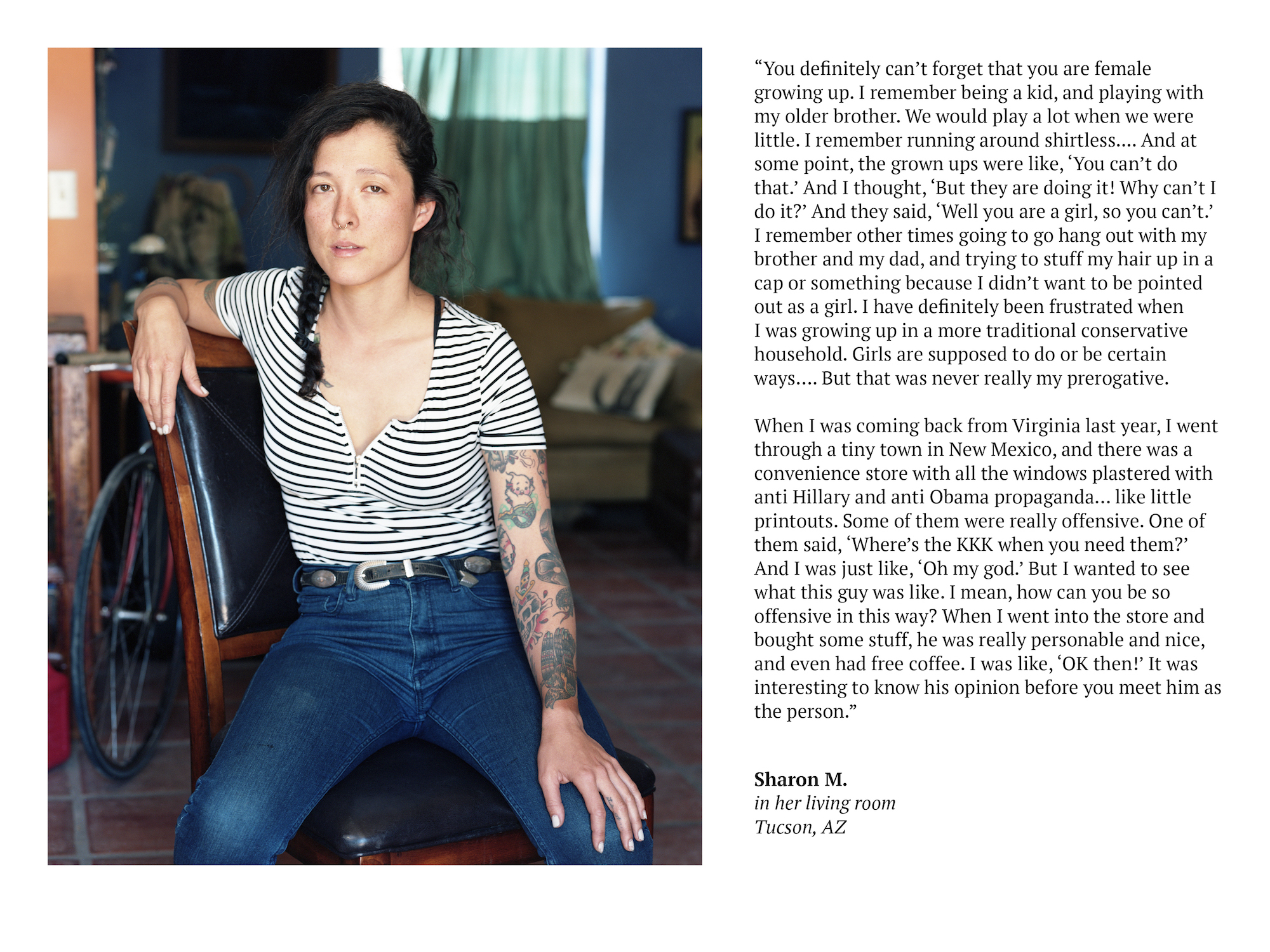 As we turned to the practical side of conducting a documentary project on the road, Frisell said there’s a lot she wasn’t expecting, and she’s had to be flexible when it comes to things like routes, timelines, and the capabilities of the Seabreeze. “Living in the truck has been the craziest...you start out thinking it’ll be easy, and that’s not the reality. It’s hard, but in a good way.” At the beginning, she assumed it would be convenient to have all of her belongings with her. Now, after months of trying to find campsites, power hookups, and street parking, she says, “carting your house around can be kind of a burden…” Frisell says she’s pared a lot of things down, and now she knows what’s necessary and what changes she’d have to make for the future. While she’s been able to process some film in the RV’s darkroom, she hasn’t been able to print anything as her water tanks are too small and tend to heat up. “When it’s 95 degrees outside, and you’re driving, and that water is just sitting there...it’s going to be too hot! That’s the kind of thing you just don’t think about until you’re there.”

While Frisell says she’s disappointed she hasn’t been able to do more darkroom work in the RV, she’s also switched to shooting color — something she wouldn’t be able to process there anyway. “[Color] feels more relevant to right now. It doesn’t feel as nostalgic as some of the black and white stuff was coming out to be, and I think that’s going to be beneficial for the working holding up over the years — being a real document of this time. Also, as I was going south, the light changes and the colors are so beautiful! How could I not use that?” 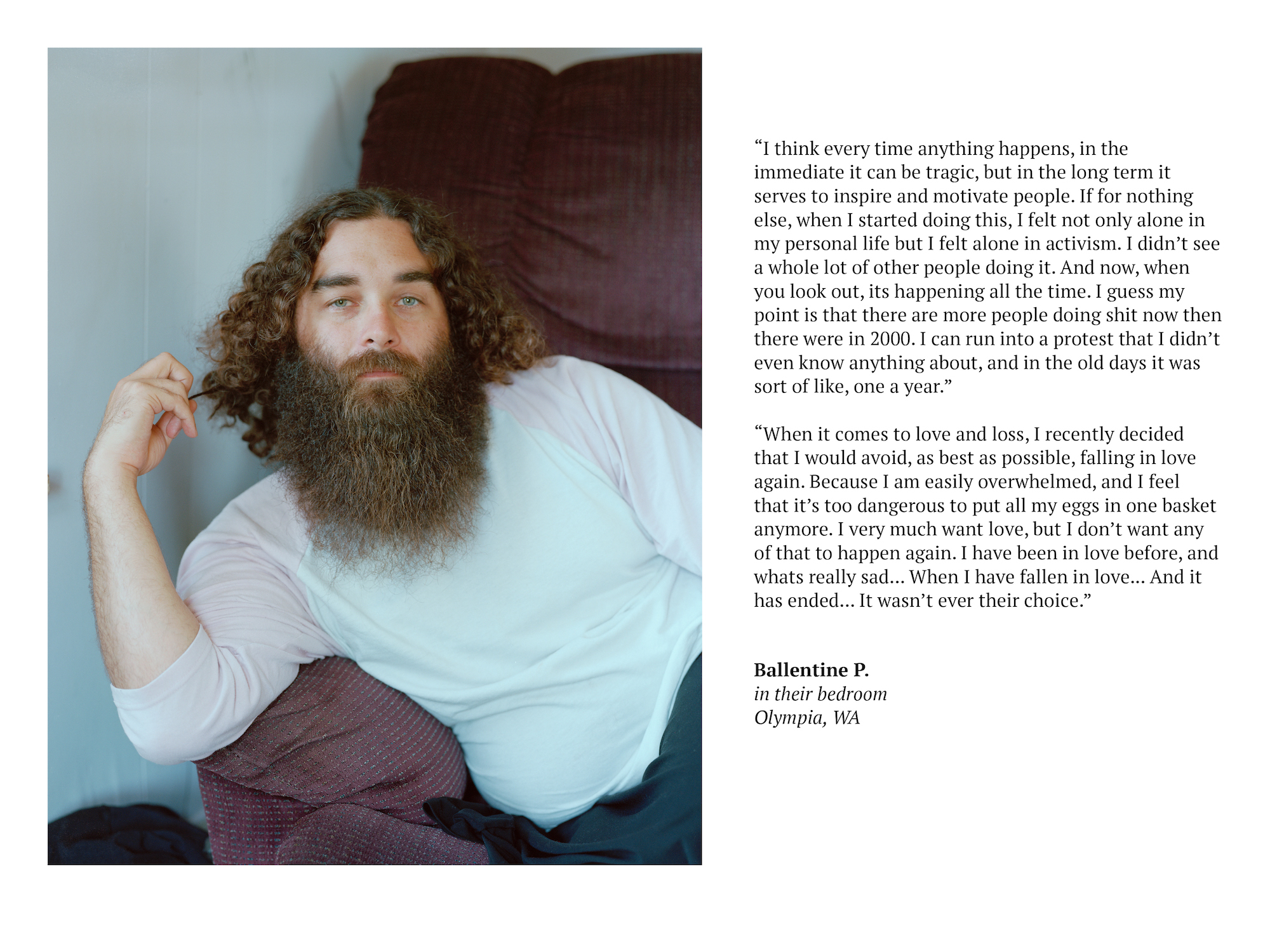 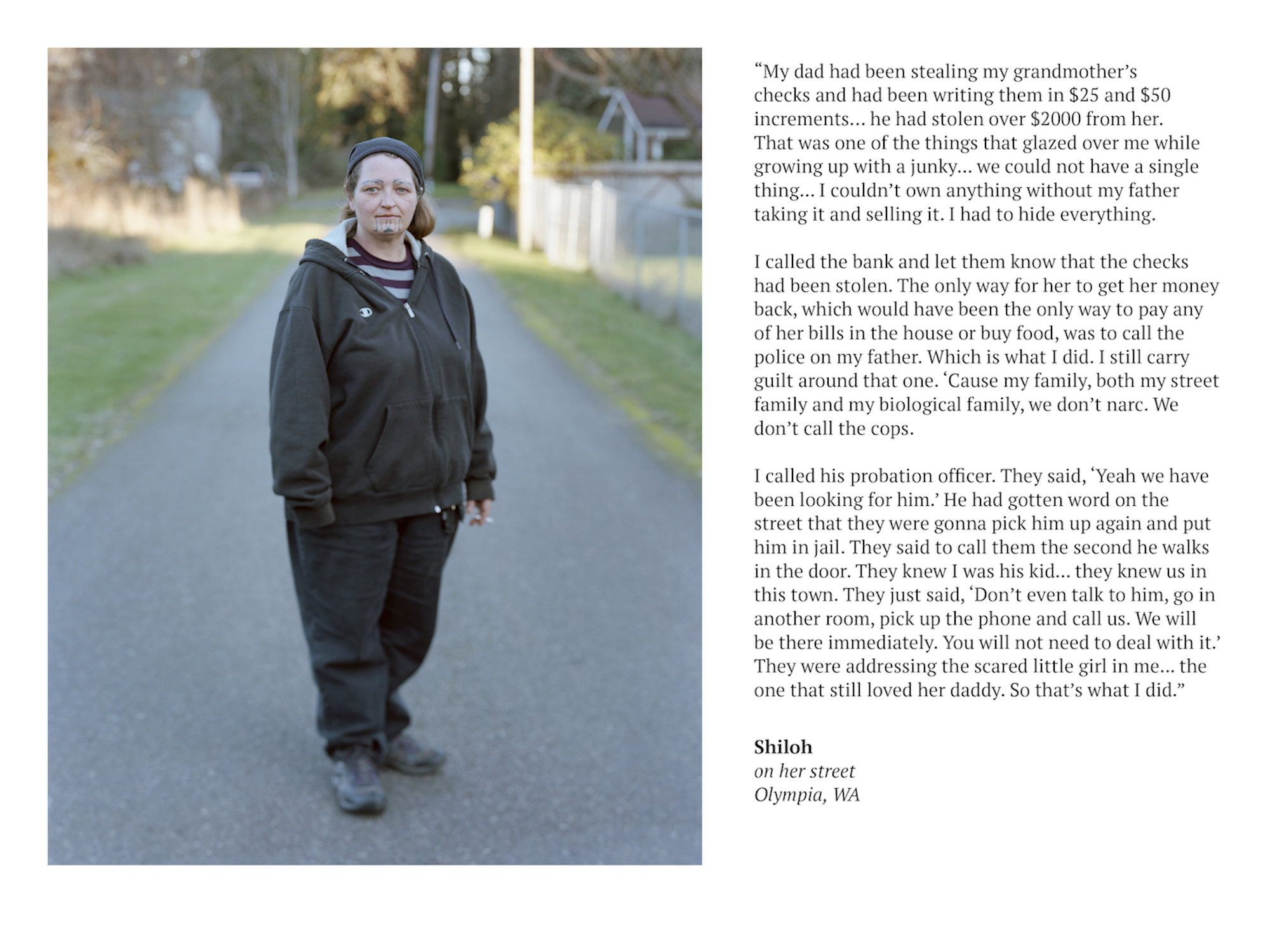 Needing to process color film has forced Frisell to seek out photo labs as she travels. This has given her some unique insight into the state of photography labs across the country. “Photographic Works in Tucson, Arizona was amazing and huge. They processed my color film for me, and they gave me a tour. It was enormous! They were providing really high-quality digital printing and their finishing room was huge. It was really inspiring to see that lab. Visions Photo Lab in Santa Fe, New Mexico was tiny and they only did black and white [film], but they were super cool. They were doing digital C-Prints, making huge gallery-type prints for people. It was neat to see how they had adjusted their workflow for digital work, but were still keeping the black and white [film] alive.” While some labs seemed to be on their way out, “I think a lot of [them] are starting to benefit from holding on, because I think film is coming back and people are really into using it again. It’s interesting to see them, and the different ways they operate. I’ve worked at two different labs, so it’s cool to compare and contrast, and get ideas, like if I ever wanted to be a lunatic and open a lab...how I’d do it.”

We spoke about Frisell’s decision to use 4x5 film instead of digital or even a smaller film format: “People ask me all the time [why I shoot 4x5 film]. I don’t like working on computers and I don’t like the quality of digital as much as I like the quality of film. When I shoot digitally, I tend to overshoot and almost attack my subject; when I’m shooting film, I slow down… I’m not all about candid, I’m not trying to get the person to be ‘natural,’ that’s not really what I’m about. I’m really about the connection that happens between me and the person I’m photographing that I get with 4x5 that I do not get, even shooting smaller [film] formats. I don’t know if that’s process-related or just how I am with the camera, but what I do know is that the intensity that I get out of people and the concentration that I get from them while I’m taking their photograph...I rely on that to make what I think is a quality portrait.” 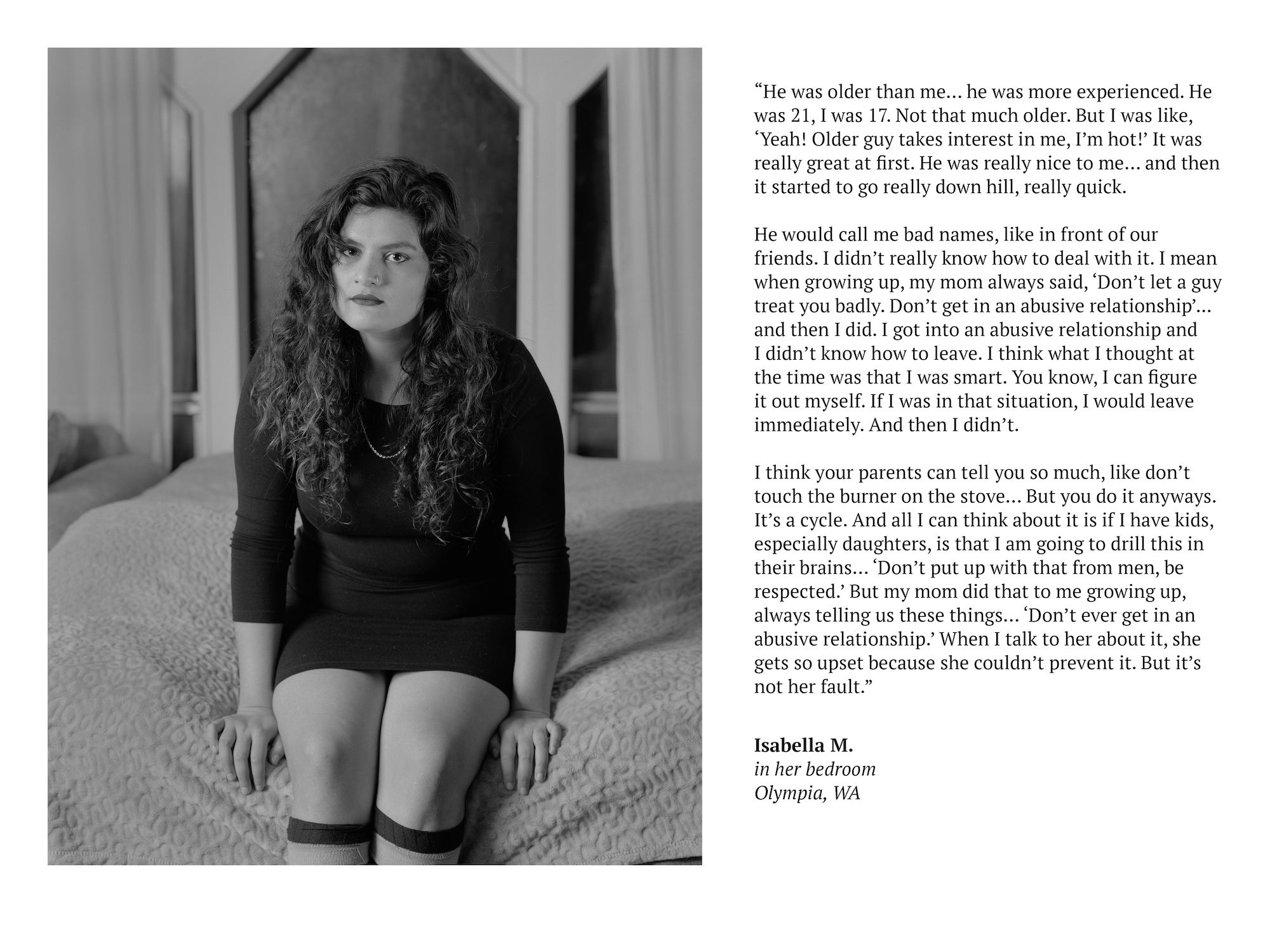 The camera also plays a big role: “It’s really beautiful to look at...you pull it out and set it up, and people are sort of in awe of it...I kind of rely on that a little bit too. There’s that romantic thing around it, but if I just pulled out my Canon it wouldn’t be the same. I mean it’s wood with brass...it opens up into this beautiful thing with this big lens on it. I think people get kind of amazed at how beautiful it is. I know some people have said yes because I’m shooting film, and they would say no if I just attacked them with my digital camera. It’s a different way of working. I’m not against digital at all, though."

Frisell gets a lot of different reactions to the camera. Some people just gawk and ask, “What is that?!”

“I really like shooting kids because they’re like ‘OK, let me see the picture!’ and I’m like ‘I can’t show you the picture...it’ll take like four weeks…’ Then you have to explain [to them] what a negative is, which is crazy! A lot of times people laugh because I can be kind of clumsy, and I have to put a hood over my head. People call me batman because I’m wearing the cape half the time.”

Overall, Frisell says shooting with her Zone VI requires such concentration and stillness that it provides a meditative experience for both her and her subject. “I love when people feel like that. I live for that connection that happens.”

You can follow Frisell’s project on her website or on Instagram. For readers in the New York area, Frisell will be showing her work at Mercer Gallery, Monroe Community College, State University of New York from October 5 through November 2. The opening reception will be from 5–7 p.m. on October 5. She'll also be giving a gallery talk geared towards students on October 4 at noon. For readers on the other coast, Frisell will be giving a talk at Black Lab Gallery in Everett, Washington on August 31 at 5:30 p.m.

There needs to be a moratorium on the word "vintage."

It's almost a cliche now..hey kids lets take pictures of sad situations with an old film camera. Nobody did that before! Problem is the social comment has been made so many times to make the stuff interesting has to be something more..or at least that's how my social conscience reads the images..has to be a direction or it's just one more, so what?

I love this project. The images are great. And what a great experience for Monica Frisell, shooting film on an old camera while traveling cross country in an old RV. I'd love to check that off my bucket list, personally.