Photographer Knut Egil Wang documents the annual migration of Norwegians to sunnier destinations, as they look to escape the darkness and cold of Norwegian winter. Wang captures the strangeness and bliss that comes with transplanting oneself for a few months each year in a series titled “Southbound” or “Syden.”

“Syden” is a Norwegian term used to describe warm vacation destinations, which Wang notes are mostly in southern Europe, but can be elsewhere. Although “Syden” destinations are found across Europe, the photographer describes their overwhelming similarities; “sunbeds, beaches, pools, cheap stores, inexpensive alcohol, and all kinds of amusements…” adding, “The main attraction is not the local culture-it is the warmer climate.” While some stay in Syden for weeks or even months, others have simply relocated altogether.

What is particularly interesting about this series is the fact that the concept of sun and escape from winter is more central to the experience of yearly travel than the locations traveled to. This is embodied in the term “Syden” as Syden is not tied to a location, but an idea.

You can see the series in its entirety here.

Knut Egil Wang is based in Los Angeles, and represented by Moment Agency. 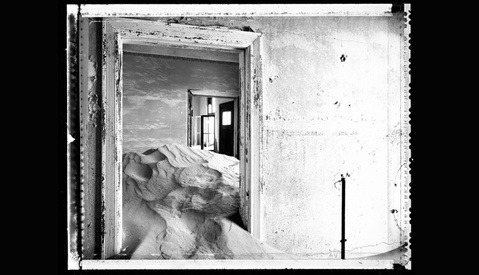 Documentary / July 29, 2014
Series Documents an Abandoned Mining Town as it is Reclaimed by the Namib Desert

BTS / April 23, 2015
‘Treasures of Zakynthos’ BTS Videos Showcase the Joys and Challenges of Time-Lapse Production
Log in or register to post comments
4 Comments

I am Norwegian, and I am ashamed. I almost feel like saying sorry to everyone I meet outside of Norway. The people that go to "Syden" do it because of the warm weather and the cheap alcohol. They spend their time in "Syden" getting drunk, being loud, and annoying the locals. I would say we have a bad drinking culture, but the truth is that we don't even have a culture. Just a bunch of drunk idiots. That's why I tend to travel as far away from the typical "Syden" areas as possible.

LOL Don't be ashamed! I'm American, dated a Norwegian for a while, and this is the first I'm hearing of Syden. Though I think between my redneck roots and his Norwegian equivalent we had more conversations about moonshine than I thought possible. Besides, every culture has a group that goes somewhere to get drunk.

Most of us don't drink that much, and when we do we handle our alcohol quite well. The problem is that in "Syden" the ones that do are the ones that represent us. My biggest concern with the concept is that some people go there with their kids, and then consume to much alcohol. Luckily the whole "Syden" trend is going away, and the majority of the people going are retired people (and the behave well 99% of the time) and people that are in their midlife (and they get drunk). The trend seems to be going away with my generation, although a lot of people go to places like Magaluf to party, but that is a different story.

When I had a summer job with the South Carolina Highway Department in 1971, I saw the yearly migration of Florida and New York exchanging places.