Above It All: Use a Monopod to Get the Photograph in Tight Situations

Seems like protests are a pretty regular thing these days, and so there’s a lot of chances to photograph history in the making. So when you’re photographing a big news event, how do you get a picture while wading through the big-news crowds? Try using a monopod. I'll explain.

Just look at this chaotic group of people with cameras, seen here at the Millions March NYC in 2014.

But they’re all getting the same photo. And what about when this same group of photographers descends upon the crowd on the ground? There’s no way me, the little guy with the blue-and-white jacket trying to climb on top of a dumpster, will be able to push through a crowd of photographers this big.

When a drone’s not an option, there’s always the trusty monopod. It’s not just for sports, and when I pull it out at an event like this, it gives me a serious height advantage over the competition. Take a look at how I was able to get over the crowd for this shot:

I wouldn’t have even been able to see the man in chains making his statement in front of the protestors without rising above. It’s the photographer’s hail mary, with a little extra help from a monopod.

For this application, I picked up a Sirui P-326 monopod and Manfrotto 234RC tilt head. It packs easily with most of my camera bags and because it’s carbon fiber, it doesn’t weigh me down much. I’ve found a few things with this setup help me get the best results.

#1: Pick a Light Camera with a Flip-out Screen

While most of the time I’m using a DSLR with a 24-70mm or 85mm lens, when I know I’m going to need to do something like this, I also pack a small mirrorless camera with a flip-out screen. In this case I had a Panasonic Lumix GH3, though there are many lighter options out there in the mirrorless world. The flip-out screen came in handy to help with composition.

I say pack a light camera because the whole setup is quite off-balance when you’re holding it up on a monopod. The last thing you want is for it to come cracking down on someone’s head because you weren’t able to hold it steady. This really can’t be stressed enough (so I’m going to say it a bunch of times).

I honestly thought I’d be able to use the Wi-Fi function built into the camera to trigger the shutter. Big mistake – everyone out there is using Wi-Fi or other signals during a protest. No matter what camera I’ve used, getting a solid, stable connection wirelessly in this situation will just cost you too much time that could be spent taking pictures. Get a wired remote shutter release to shoot your photos. In this case, I made up for it by using my camera’s self-timer feature, which gave me 10 seconds to hoist the camera above my head and then took three shots in succession at 2 second intervals. That last part’s a great feature that not all cameras have – it gave me three chances to get the shot without having to bring the camera down. Still, I could have saved a lot of trouble with a remote.

It’s not too steady up there, and the jostling from below doesn’t help much. If you shoot wide, you’ll get the best chance of getting the shot. I pretty much glued my Olympus M.Zuiko Digital ED 12mm f/2.0 Lens (24mm equivalent) to the front of the GH3 for the high shots – it’s light enough to not add much weight to the camera, and the wide angle allowed for deeper depth of field. It also was a great lens to use to convey how large the crowds were. Just look at the difference from down on the ground and up above:

It’s worth the effort: you’ll get a lot better photos than the guy with his iPhone on a selfie-stick.

Just be sure to try this all out before you leave the house – you don’t want to lift a camera above an angry crowd and only then realize it was heavier than you thought – safety is always the number one priority when you’re covering the news (told you I’d mention it again). 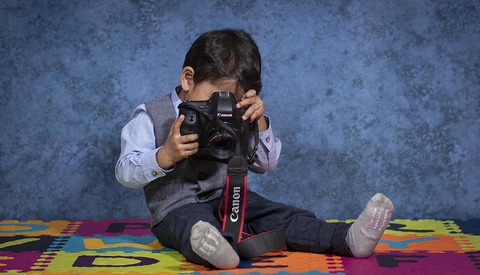 Gear / January 5, 2020
Make It a New Year’s Resolution to Introduce Photography to a Loved One 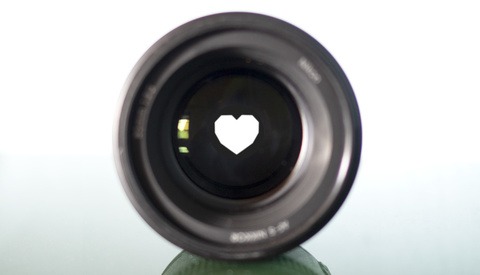 I use a home made monopod that I made using a painters pole that extends to 20 foot and it's great for getting a different perspective. Total cost was around $30.