Do Your Sky Replacements Look Crap? Here Are Some Reasons Why

One definition of insanity is doing the same thing again and again and expecting different results. When it comes to sky replacements, if you're repeatedly making the same mistakes and forever unhappy with your results, these tips will help you.

Adding different skies to your images can make such a massive difference, but not always in a good way. When done correctly, well-blended skies can add color, interest, depth and a wow factor that might have otherwise been missing. But when you get it wrong, not only is it frustrating and easy to recognize for most viewers, it can absolutely destroy what might have been a strong image even without the added sky.

The problem for most people is that their mind's eye can see what it wants. They can visualize what they're trying to create and they might even have a bank of saved skies they can draw upon. But because of problems with their technique and execution of blending the skies, they end up getting a wonky image that just looks weird. It's kind of like those friends you have that love to play sports, but their bodies and coordination betrays them. They know where they want the ball to go, and they know what their arms and legs are supposed to do, but when it comes to the crunch, everything goes south, and they end up looking like a frog in a blender and tripping over themselves. Those people usually become coaches. But blending skies can be a very simple process if you follow some basic rules. If you want to go even more in depth, check out Mike Kelley's Ultimate Sky Library.

One of the most common errors is to try and blend skies with foregrounds when they're completely different colors and tones. If you have a foreground where the photo was taken in overcast conditions and the light was rather dull and muted, then don't try to add a vivid, pink sunset to that shot, because it won't look right, and you'll spend far too long trying to color-match. Instead, find skies that match the tone and feel of the image you want to add the sky to.

In this image, you can see that the sky in the background is flat, dull, gray, and overcast. It was also taken during the early afternoon. There is definitely a place for a more interesting sky here, but it would have been rather ridiculous trying to add a vivid sunset pink like the one below. I mean, it's not impossible, but you would need to spend an inordinate amount of time trying to make things match up.

Instead, I added this sky below, because it matched the original shot that I wanted to spice up and made it easy for me to blend tones and white balance quickly.

Here is the end result.

Another common problem I see (and used to be chronically guilty of) is using two images that are not matching sizes or perspectives. For whatever reason, you might have a foreground that was taken with one camera and lens pairing and a sky that was taken with a completely different camera and lens pairing. So, when you bring the two images into Photoshop to blend (or whatever your software of choice may be), you might have a sky that is double the size of your foreground image or vice versa. To see what I mean, look at the picture below.

Here, you can see from the bounding boxes outside the sky image that the two images I wanted to blend were not the same size. Sometimes, you can get away with this, but more often than not, if you don't match up the sizes and perspective, your skies will look a little off and your sky blend won't quite come across as natural, which is the grim reaper of sky replacements.

So to prevent this from happening and help yourself get the most seamless transition as possible, drag in (or out) the bounding boxes so that the two images you want to blend are the same size. You can see that I did this in the image below.

This helps things have a more natural appearance, and this is the result I got from using this sky.

The final tip I have is similar to the last one in terms of matching perspectives, but this time, it relates specifically to matching horizon positions for the two images you want to blend. For the most natural-looking result, it's very important that your horizons line up. In Photoshop, there are a number of very simple ways to do this, but the one I use most is the simple Ruler (Ctrl + R) on your base image (not the sky image). From the top of your base image in Photoshop, just drag the ruler down to where your horizon sits so then you can place the sky image's horizon in a matching position quickly and easily. You can also place the sky image on top of your base image and then just reduce the opacity of the sky image until you see the base image underneath and position your sky accordingly. You can see what I mean from the image below. That aqua-colored line is the ruler. When you've finished, you can just drag the ruler back up to the top where you can see the numbers 2-17.

By matching horizons, you get similar perspectives for your two images, and it also makes the blending process a lot easier. A good thing to also keep in mind from now on is that if you do go out and take images of skies that you think you might like to use in composite photos down the track somewhere, always try to get the horizon line in your shot. Many times in the past, I'd point the camera up and just take photos of clouds, but then, I found the blending process a little difficult when my base image had a horizon in it.

In closing, sky replacements can add a huge amount of interest to your images. But it's important that you get some fundamentals right so that the viewer can't actually tell that you've added a sky. The key is subtlety, and these three tips today can go a long way in helping you add skies seamlessly and naturally. A great course to learn everything about sky replacements is Mike Kelley's Ultimate Sky Library Course available here on Fstoppers. I thoroughly recommend it.

What are your tips for creating natural sky replacements? I'd love to hear your ideas in the comments below. 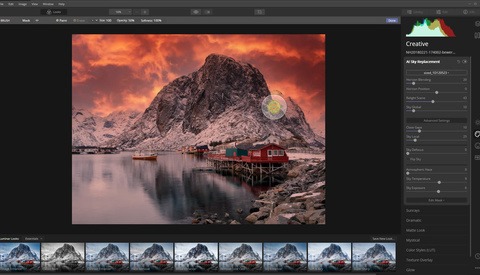 Post Production / January 22, 2020
How Useful Is Sky Replacement in Luminar 4 and Should You Use It? 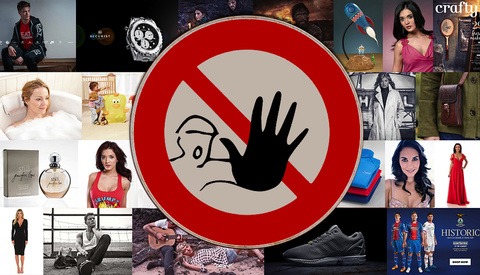 Business / January 27, 2021
6 Reasons Why You Should Never Become a Professional Photographer

Thank you for confirming my belief that mixing perspective (105mm foreground, 24mm sky) is not good. My photo buddies kept telling me it didn't matter. It does.

In an ideal world, your two images would be taken with the same camera/lens pairing, but in reality that doesn't often happen. I always shoot my skies wide to give myself maximum area to play with.

The important thing is matching the actual sizes of your two images in post. Usually it will be my skies that are larger, so first I reduce the size of the sky image to match my foreground, then I line up horizons (if your f/g image has a horizon). This helps your final result look far more natural.

I would argue this is true (focal length has an effect) and wrong (this has nothing to do with perspective). The effect discussed in point 2 of this article is about field of view (and therefore also scale of subjects) and not perspective. Perspective is about how you see objects aligning. Perspective depends ONLY on the location of the camera in relation to the subject. NOT about the lens focal length. When you use a long focal length, you literally zoom in and see a narrower field of view, objects are scaled up in relation to the image frame and their relative proportion is about right since they're all at about the same distance from the camera. When you use a short focal length, the relative proportions of the object in the image are all over the place : near objects appear much bigger than far objects.

What is discussed above means if you want to replace a sky in an image taken with a short focal length, there are plenty of different proportions between FG and BG, the sky should be the same : big clouds in the FG and small in the BG. If the focal length is long, all objects appear in correct proportions and all cloud should be at the same proportions as well.

This is scale and field of view at play here (whether or not you simultaneously see close stuff and distant stuff in the same image). NOT perspective (how stuff seem to align from where you stand)

Nice Post. I would also suggest changing the focus of the sky to match the level of blur/bokeh near the horizon in this case. The image goes from sharp (rocks) to blurry (ground) to a bit sharp again (clouds above horizon).

Excellent point and 100% correct. I put that composite together for the purposes of this article and overlooked that detail. It’s very important to match the sharpness/bokeh/blur throughout. Thanks for sharing

Great article! Although I have seen a few mixed perspective shots, it can be done!

absolutely it can be done - it's Photoshop :) But if you want to minimise your editing time and keep things as simple and seamless as possible it's always good to try and line things up as much as you can. But if you love to play around on PS then you're right, you can pretty much do whatever your skill levels allow