Know Your Subject, Improve Your Photography

It's a phrase I've heard countless times, and I doubt I'm the only photographer to hear it: "Wow! Right place at the right time, huh?" Whether it's a photo of my children, a wildlife shot capturing a decisive moment, or a seemingly once-in-a-lifetime landscape, viewers often think we just got lucky to capture an incredible photo. In their minds, they only see how they would have gone about capturing that shot, which often is the simple three-step process of raise camera, point, shoot.

And, if I'm being truthful, sometimes we do get lucky. Not every shot is meticulously planned with a preconceived vision faithfully executed through superior preparation, lighting, and technique. But more often than not, even those images that are not planned are the result of more than simple luck. They're the result of knowing your subject and being able to anticipate a shot before it happens. Wildlife, children, and natural light can all be unpredictable. But if you pay careful enough attention to them, they can be quite a bit more predictable than one would expect.

Take my son, for instance. He loved peek-a-boo from the minute he was able to do it, and at age 5, not much has changed. Peek-a-boo has morphed more into hide-and-seek, but I know that at any given moment, if he gives me a certain look, a quick game of peek-a-boo is about to unfold. Such was the case in 2014 when at age 3, he and I were spending some time outside on our deck. I was photographing some of the local wildlife while he played with some toys. I looked over to check on him and there it was: the look. His head dipped out of sight behind a patio chair and I knew the game was afoot.

Knowing how much he likes to climb through, over, and under just about anything, I anticipated that he would climb through the bottom of the end table placed between the chair and the couch. So I composed my shot with the legs and top of the table taking up the edges of my frame, set my exposure ,and waited for him to emerge. Moments later, he poked his head out, a mischievous smile spread across his face. I focused, triggered the shutter, and captured one of my favorite photos of him. 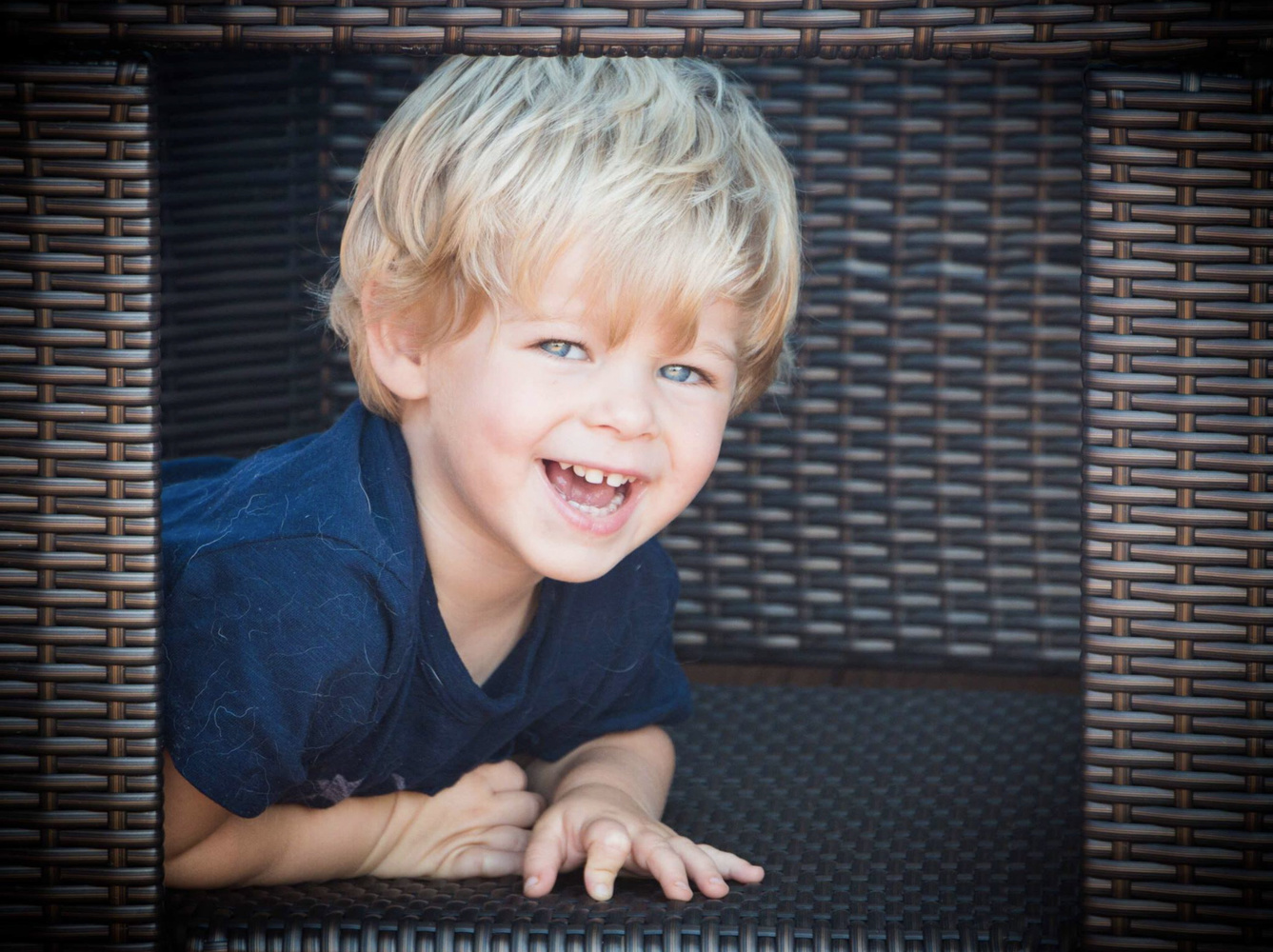 Knowing my son's favorite game was peek-a-boo helped me to anticipate his behavior and capture one of my favorite photos of him.

Of course, we can't possibly know as much about all of our subjects as we know about our own kids, but the point remains: the more you know about your subject, the more likely you are to capture that perfect moment. When I first began focusing on surf photography, if the waves were big, I went to a nearby surf spot and shot whomever was there when I showed up. The more time I spent there, of course, the more I learned. I found that the waves break differently when the tide is high or low, rising or receding. I learned when the light is best (golden hour, for instance, isn't all that golden due to long shadows from the shore casting darkness upon the surfers). I learned who I should focus on to get the best action. All that knowledge helped me increase my keeper rate as I learned that the better surfers were likely to be there at high tide when the waves break the cleanest and also closest to shore. I also began meeting many of the board riders and learned about their other favorite spots. I found apps such as WeeSurf to help me know when and where the waves would be at their finest without having to drive around searching. 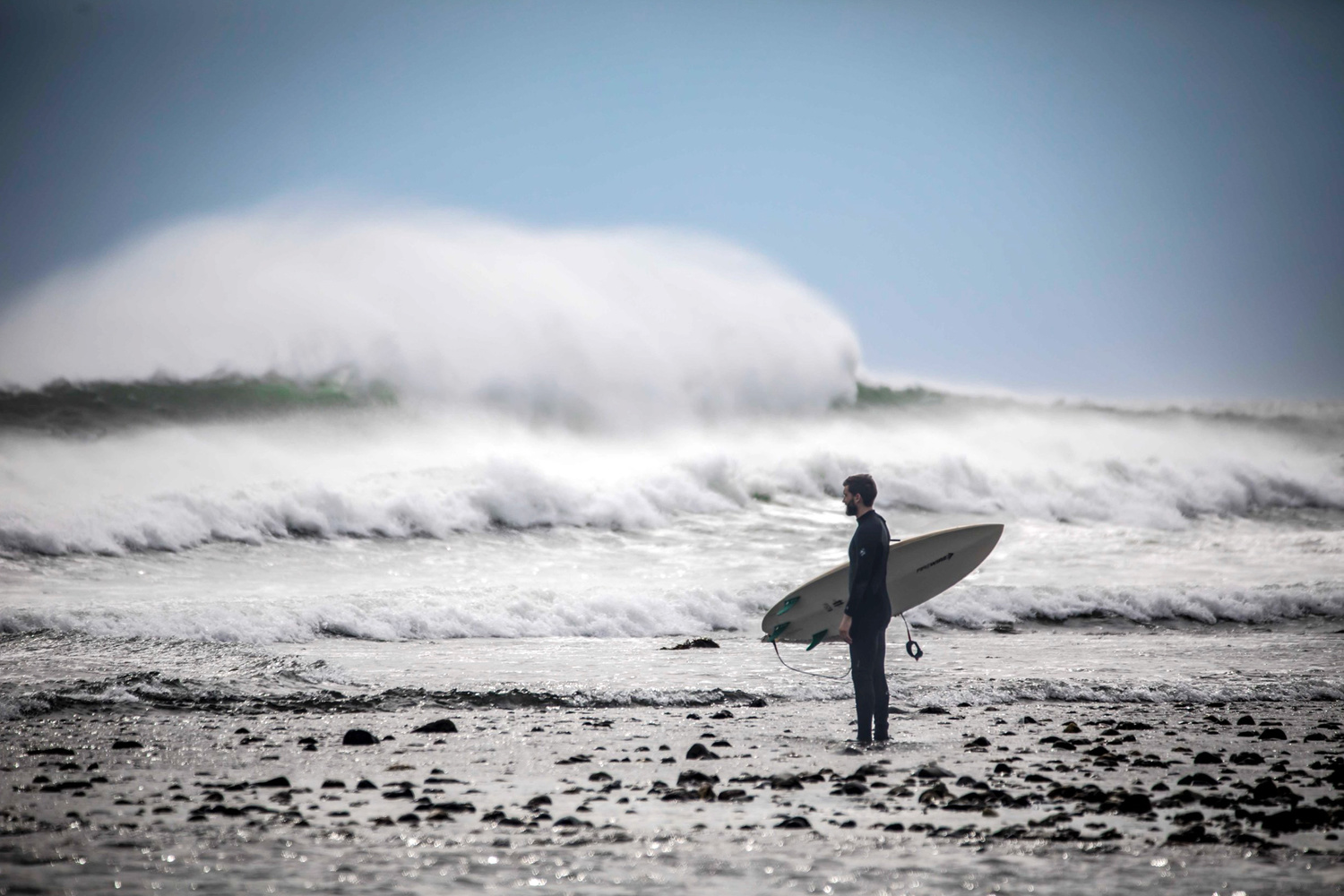 Knowing the layout of this particular beach helped me capture this image. I wanted a shot of a surfer with board in hand and huge waves breaking in the background, so I set up north of this small patch of beach in Matunuck, R.I., where most surfers enter the water.

I learned about styles of particular surfers, such as who might try a handstand on a longboard, who will aggressively carve up a big wave, and who is going to go for that big aerial. All of that knowledge helped me to not only find the best spots to shoot on a particular day, but also to anticipate where I should focus my camera during a ride, when to expect a cutback or a barrel, when to fire away, and when to lay off the shutter to make sure it's ready for that decisive moment.

It's no different with landscapes, street photography, wedding photography, or any other genre. Visiting the same spot to capture a landscape over and over will yield better results as you learn the terrain, behavior of local wildlife, and how the light changes during the course of a year. A street photographer learns human behavior and how to capture it without being intrusive. A great wedding photographer gets to know the couples he or she is shooting, scouts the locations, knows the lighting setups, etc.

The more you know what to expect, the better you'll be able to anticipate that crucial moment and capture that "lucky" shot.