YouTube video suggestions can be very hit or miss as far as their relevance and quality, but they did lead me to this brand new photography channel that goes above and beyond almost everything else being published on the platform.

Photography Online is a very perplexing new show on YouTube where the subscriber count currently sits at under 4,000 at the time of writing, yet the production, length, professionalism, and scope all seem like it was meant for broadcast television rather than a quiet Internet channel. If you’re tired of the same old typical photography YouTuber song and dance, I think this series might interest you.

New episodes will be released on the last Sunday of each month, with January and February 2020 out right now to get started on. Above you’ll find the January release, and below I’ve also embedded the introduction video to get acquainted with the team behind the series and what to expect moving forward as well as the February episode.

Each edition in the series will feature a variety of segments including challenges, shooting techniques, photography fieldcraft, 60-second post-processing tips, hands-on gear reviews, interviews, and more. While the Isle of Skye-based team appears to be sticking closer to home in the first episodes, they will soon be adventuring out to more worldwide locations coming up later this year, including Utah, Venice, the Far East, and Africa. 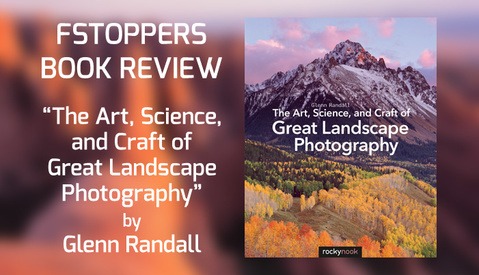 Looks interesting. I just subscribed and will take a look at it.

By the length and sections, I'd say this is shot for a 1h TV broadcast. Based on the 'if you've missed it, you can check it out on our YouTube channel' bit, I'd say this is an amazing way to increase viewership for something that would've been shown maybe twice in a month on cable TV.

Not made for tv at all

I really enjoyed both episodes especially the second one where they chase the moon shot. Full of great tips and a bit of product news. Also the host is adorable. I love the show!

That over sharpening and halos thou...

This was in a whole different league! What a great show! Very professional production.

Cool! There is another great underrated podcast on Youtube by legendary photojournalist Ken Jarecke where he interviews other legends and working photojournalists and photographers alike. Great story telling and tons of useful info. Check this episode with David Butow who was in Hong Kong at the time covering protests: https://youtu.be/xrSozBC3z7Q

What it lacks in production it more than makes up for in wisdom.

Reminds me of another similar show, The Candid Frame

Similar format, just chatting with photographers. It astonishes me though, these channels have very low view counts, but the value is so much more than the typical photography youtube channel sticking to camera review after camera review.

I've seen it. Excellent production.Highly recommended by me.

Awesome! Thanks so much for sharing!

So well thought-out, shot and produced. I would love to get involved with something like this!

My kind of people.