Photographing a Stranger Is Easy: Here's How

Shooting someone's portrait can be a very personal experience. Even in a controlled environment such as a studio, the success of an image often depends on a photographer's ability to establish a rapport with their subject. That is difficult enough at the best of times, but what about those occasions when you don’t control the environment, such as photographing total strangers in the street?

The thought of just stopping someone previously unknown and asking to shoot their portrait can be daunting to even the most experienced of photographers. And yet, as a travel and portrait photographer, some of my most successful portraits have been of people I met only a few moments before. What I have discovered capturing the portraits of hundreds if not thousands of total strangers all over the world is often, the success of a street portrait comes down to three things: preparation, selection, and approach. 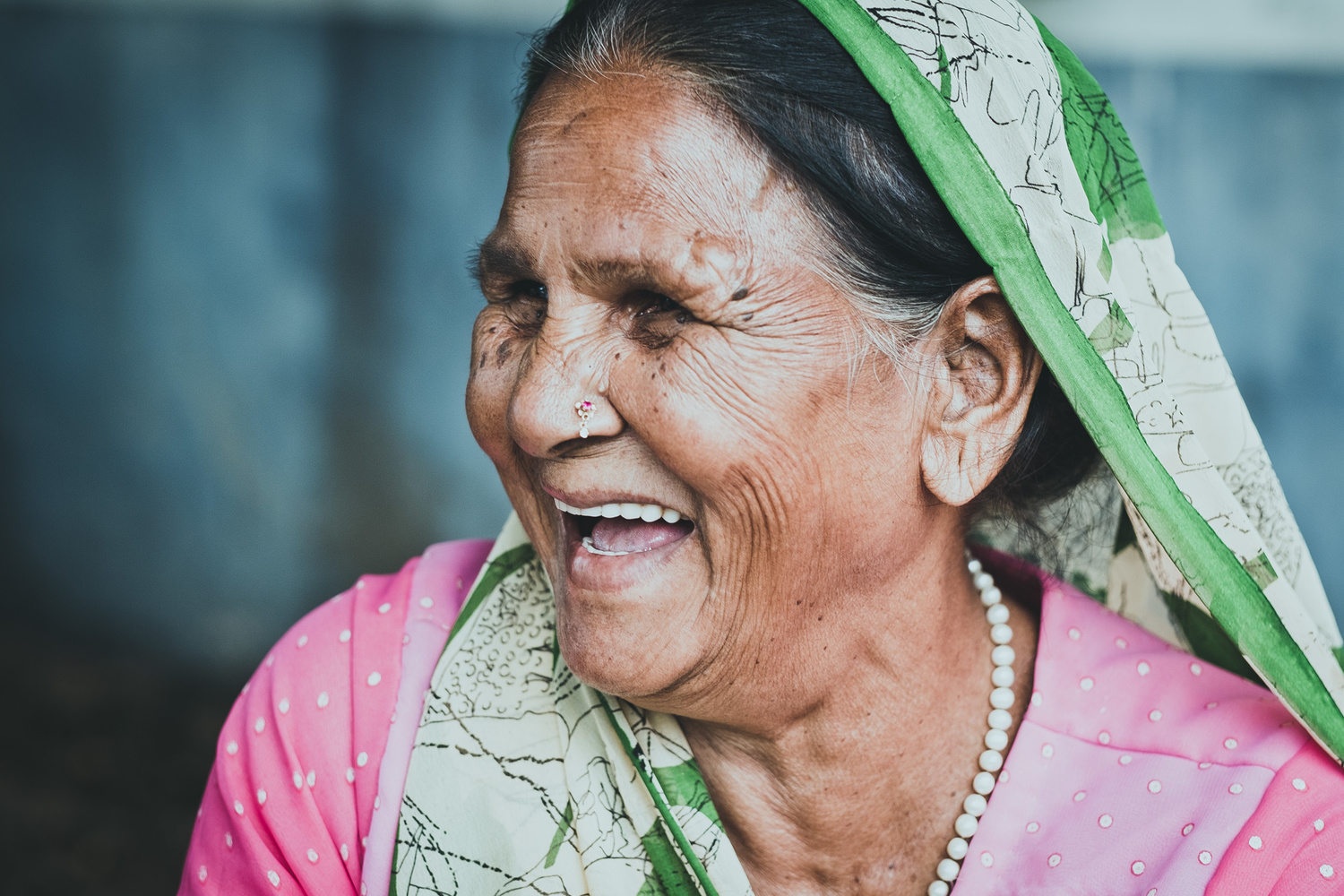 There is no way around this. The first time you walk up to a total stranger in the street and ask to take their photograph, you are gong to be nervous. That happens to everyone. The good news is once you discover how easy it actually is to photograph someone you have only just met, the less nervous you are going to become. The key to that success is your approach, providing three important pieces of information: an introduction, an explanation, and a request. Since I started providing this information, I can honestly say almost everyone I have asked to photograph has agreed. So, let’s take a look at these three steps in a little more detail.

Your approach doesn’t need to be long and drawn out. In fact, the shorter, the better, something like:

"Hi. My name is Paul. I am currently traveling around the world taking photographs of interesting people I meet for a travel book I am working on. Would you mind standing in front of this this building while I take your photograph?

Simple as that. Often I will also quickly show them examples of other photographs I have taken, so they can get an idea of the style and look of the portrait I will take. In your case, these could be photographs of other people you have stopped. Or, if you are only just starting out and don’t yet have examples to show, shoot some portraits with friends and family in a street settings, and use those as your examples. Many times, though, I don’t even need to show examples, as many people will agree straight away. 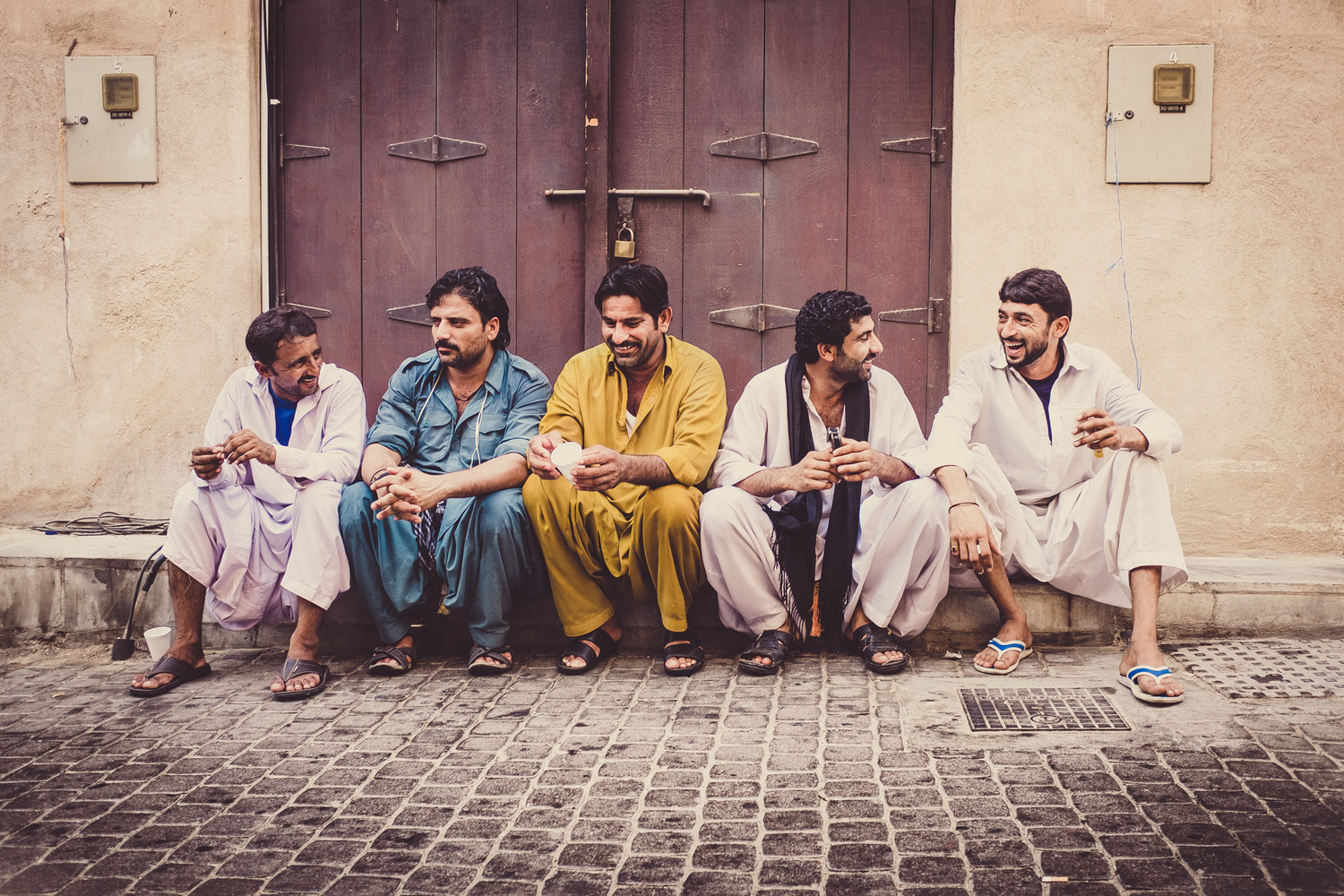 Of course, agreeing to a photograph is only half of the process. You have to actually take their portrait, and for that, preparation is the key. While your subject may be willing to let you take their photograph, generally, that means exactly that — a photograph, perhaps two — but in most cases, you will be pushing your luck to ask for a third. And they certainly aren’t going to stand around while you go digging in your camera bag, looking for a fresh battery or a different lens.

So in reality, you are likely to have under a minute or so to set up your subject, compose your shot, and capture your image. That’s a lot to do in under a minute, and you can save a lot of that time by being prepared ahead of time. Before you even introduce yourself, you should already have set up your camera and exposure and had a look around to plan where you will shoot the portrait, already having a rough composition in mind. Finally, get your example photographs ready to show. All this will save precious moments, giving you more time to get your shot. 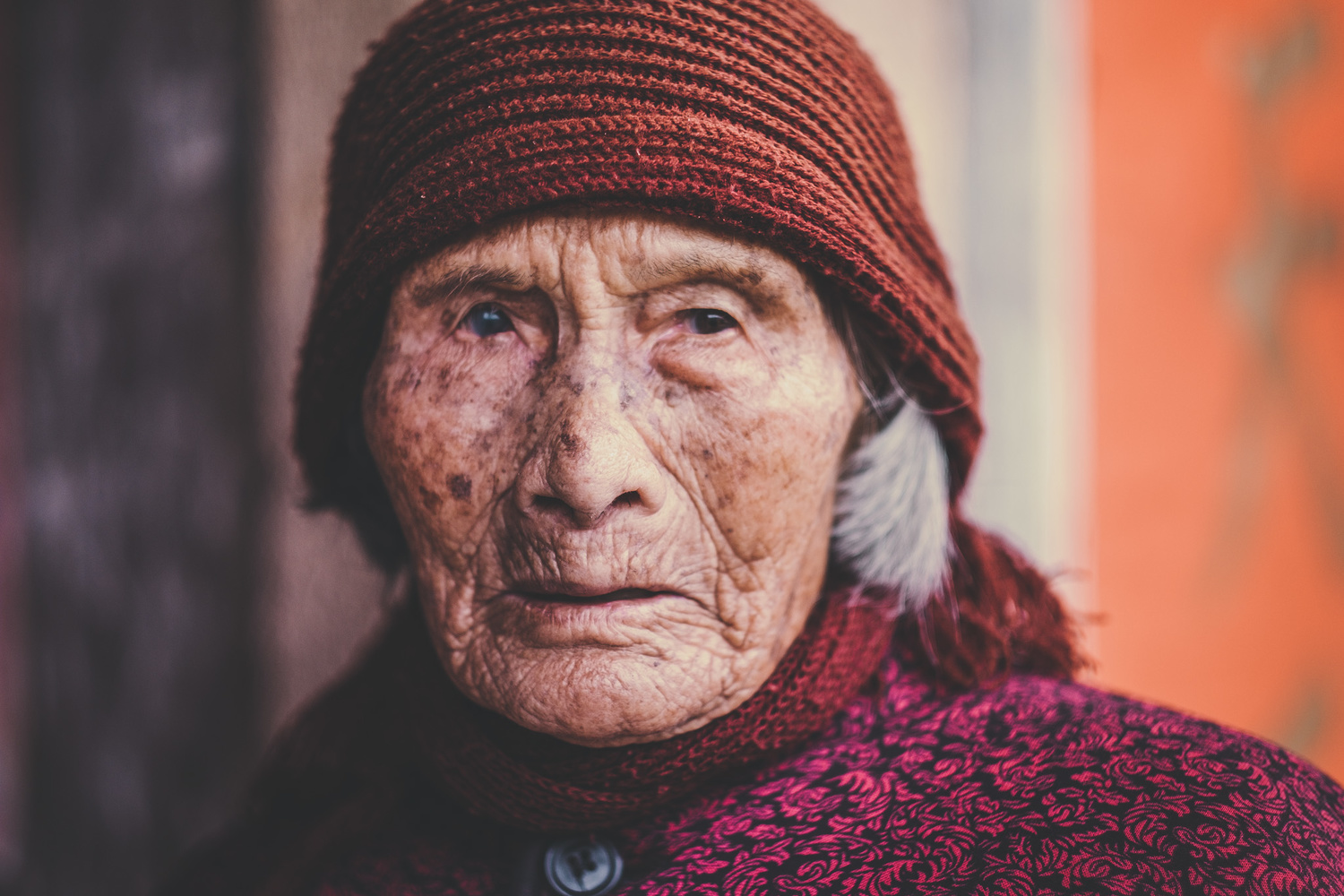 The successful choice of a subject will often come down to experience and instinct, and over time, you will learn to use all sorts of clues to help you select your subjects. But you can also alleviate many of the challenges of shooting street portraits through simple common sense. Generally speaking, anyone who is taking their time is likely to be more amenable than someone in a hurry, perhaps someone browsing a shop window or sitting in the park. These are the type of people more likely to have time to shoot, whereas someone rushing past on their way somewhere will likely not have time to spare.

Weather and location will also play a big part in the success of your shot. If it is winter time in a cold region of the world, most people will be wearing bulky coats, which generally don’t look pleasing in portraits. And if you are in some sort of city center, people may well be carrying shopping or other bags. Most people will be uncomfortable leaving their coats and bags by the side of the road while you shoot their portrait and will be less likely to agree. These factors don’t by themselves mean it is not possible to shoot in these conditions, but they do require consideration. During a recent trip to London in the winter, I ran into just such challenges. The solution I discovered was talking to people who were working in local shops and businesses, asking them to come outside quickly to shoot a portrait. They didn’t have a coat on, as they were inside when I met them, and they didn’t have any bags, because they were at work at the time. Simply thinking through the challenges of the particular location you wish to shoot in can often go a long way in overcoming them. 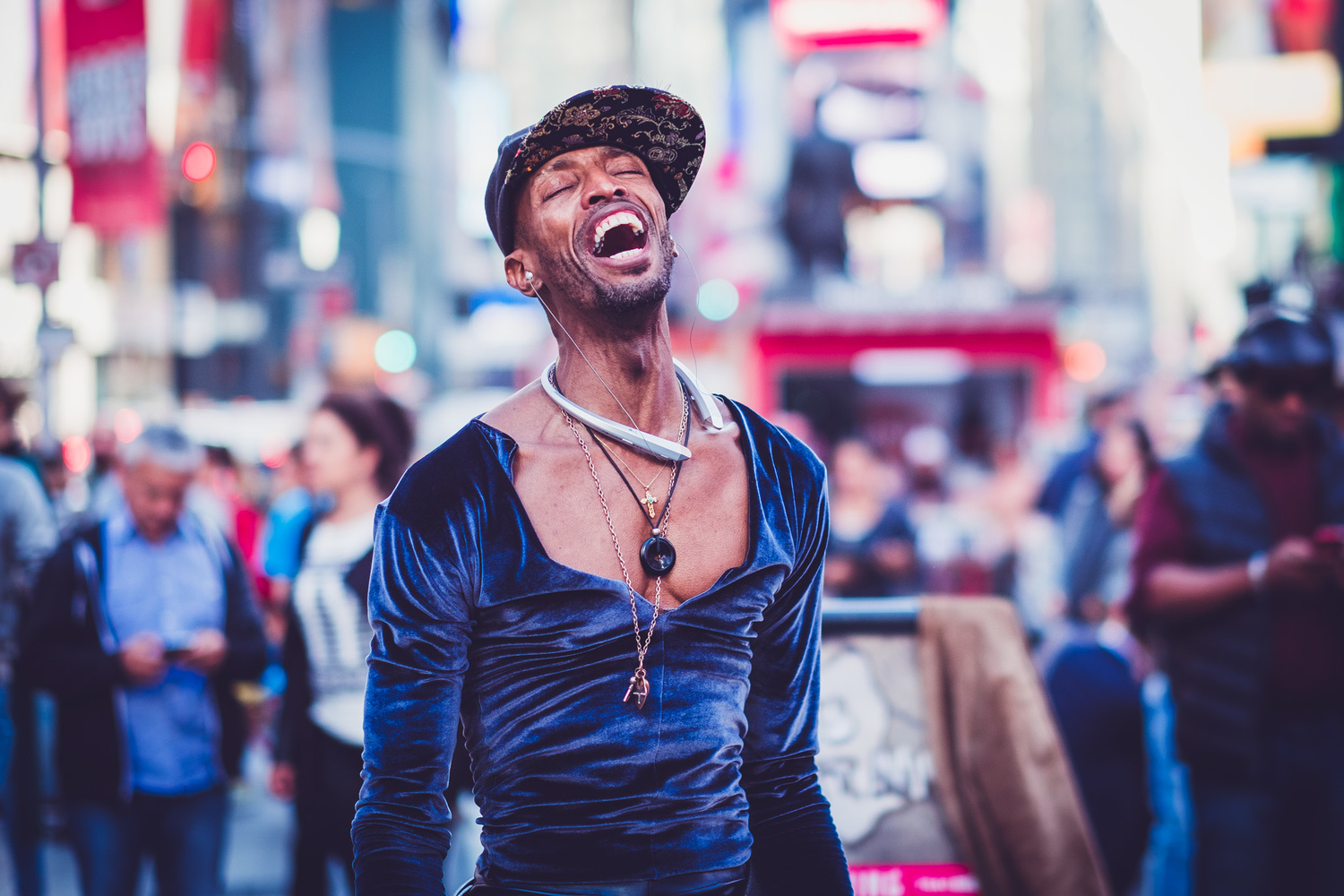 Taking a portrait of a stranger is no different to taking a portrait of someone you know. It requires a connection between the photographer and their subject. By providing a simple introduction, explanation, and a clear request, a photographer will go a long way in creating that connection, allowing them to capture the perfect street portrait they are seeking. Be prepared, be friendly, and you may well discover as I did that actually, most people are quite happy to have their photograph taken.

Paul Choy is a professional documentary travel photographer, driven by the desire to tell the stories of the people he meets and the places he visits, through the photographs he captures. He is an official a Fujifilm X-Photographer and Brand Ambassador. Originally from the UK, He is now based on the Indian Ocean island of Mauritius.

Thanks Paul. Makes perfect sense. However, how about the stranger that is in the middle of doing something you want to capture? Would you snap away, then approach with the who and why?

It is purely personal preference, but I tend to prefer to ask permission before photographing someone. Sometimes, where I stop someone, that will mean actually asking. But other times, where they are already doing something, I will just try and get eye contact and let them see the camera, so they at least know I am about to take their photograph.

Of course, sometimes neither of these are an option, and if I really want to take the shot I will, and then show them later if I have the opportunity.

Thanks Paul, this was very helpful! I'm usually super intimidated by the prospect of photographing a stranger, but I'll be sure to apply these steps :)

great article, but i have one question. Do you ask them to sign a release if you think you're gonna send the picture to a competition\ photo contest? or isn't necessary ?

One thing I've noticed, with everyone traveling with some sort of a camera today - many of the "interesting" people who I want to shoot - have already been asked in the past, so it seemed as if they expect someone to ask them, and already know how to pose.

E.g. the monk in my attached photo ... Literally looked at my camera and smiled. 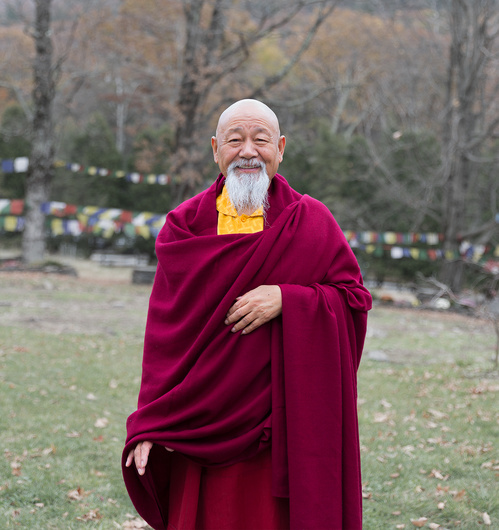 One thing I would like to add on the approach side is to show some of your work. I tend to keep some nice files on my camera to show someone what my their picture can look like. Once they see that the pictures look good one piece of the battle is won.

I found more people give me green lights after I show them a picture I took. Also it seems to work better if the pictures are on my camera rather than on a phone (not sure why).

Once I get the green light I would first get a banker in so I can show them rather than keep changing poses etc. The more I show them the more they want to stay and keep shooting.