Could The Keys To Success Actually Lie In Studying Failure?

How do you achieve long term success? Whether you want to grow a huge photography or video business, or just improve your skills, it would pay to look at the dramatic failures of others rather than just the “success stories”. Why? Because long term success is the result of resilience and determination in the face of constant failure and almost insurmountable odds, and if we understand - and embrace - this philosophy, we can overcome almost anything.

Some months ago, I decided I wanted to see if I could apply the slightly darker, more edgy fashion video work I was doing here in New York, for example this video shot last month:

and this one shot last year:

I wanted to see if i could shoot a more laid back, relaxed, fun Californian vibe, like this video I had shot earlier in the year for a NYC-based designer:

Goal Setting For The Long Run

After I shot this video, I decided it was both fun and challenging to shoot something outside of my normal style and look, so I set a random goal of wanting to do a commercial shoot involving this laid back, lifestyle fashion vibe for the simple fact it was so different to the work I like to shoot in New York. I didn't have much of an idea how this goal would be achieved, but more importantly, I set it and tried to look for ways how I might end up achieving it.

This week I achieved this small but significant goal and will be travelling to California tomorrow to shoot a new commercial for a fashion accessory brand launching next year. It came totally out of the blue, thanks in large part to another photographer friend who had seen my work and suggested me for the role. I'm sure the client probably saw my work at some point and thought it was something that would fit with what they were looking for.

All of this got me thinking about the pathway I'd taken to get to this point. It has taken me the best part of two years of full time work since moving from London to New York, but if I traced the journey for you of how I got this job, you would see it was far from filled with constant success, and the journey was at times a complete rollercoaster ride.

What I realized is the key to even small successes is to a) try to stay focused on where you want to go, and b) when things take a diversionary turn (and they will) to take something positive from the experience.

Having a long term aim for your photography – or business – is necessary, even if that aim is to “take better images of my family”. Progression can only begin when you give yourself something to aim towards.

But what is fresh and celebrated today could be old hat by tomorrow. In this regard, we have to constantly innovate and push ourselves forward, and possibly the best way to do this is to remember that real long term success often comes only after a huge amount of failure.

The two part video essay below from Delve TV is a great reminder than success is not only something that takes years to achieve, but it’s often done in the face of insurmountable failure too.

While pushing through failure won’t guarantee success, it does build up the resilience needed to keep us pushing on. Tenacity and a refusal to give up underline some of the most remarkable success stories of recent artists, for instance:

Steven Spielberg was rejected from the University of Southern California School of Theater, Film and Television not once, not twice but three times. He eventually attended school at another location, only to drop out to become a director before finishing.

2. The Beatles were dropped by their record label and played hundreds of gigs for almost no money

When The Beatles were just starting out, Decca Records turned down signing the group. Decca, who had recorded 15 songs with the group, said "we don't like their sound, and guitar music is on the way out. They have no future in show business.” John Lennon said that by the time they invaded the US and changed popular music forever, they’d been playing several shows a night for years, for almost no money, even at strip clubs in Germany.

In 1973, Stephen King was working as an English teacher in Maine and selling short stories on the side to make ends meet. That same year, he accepted a $2,500 advance for his first novel "Carrie" to Doubleday but after 30 rejections, King decided to give up on the book.

At the urging of his wife - who literally pulled the copy of Carrie out of the trash where King had dumped it - he resubmitted the manuscript. Now, after having hundreds of books published, King is one of the best-selling authors of all time and as of 2011, total sales for King’s books were estimated to be between 300 and 350 million copies.

And finally, one for us photographers:

4. Solve Sundsbo, currently one of the World’s most in demand fashion photographers, initially wasn’t sure he would ever be able to get paying jobs.

Solve explained in an interview some years back: "People would say to me, 'I'm not sure I can hire you, I'm not sure what you're doing. What is your style?' I was mortified and thought I was never going to make a living as a photographer." Turns out that his malleable, highly creative style lends itself to all manner of high end  commercial clients who are constantly looking for new ways to portray their brand. Solve is currently represented by Art + Commerce, one of the top photographer representation agencies in the world.

The Importance Of The Slow Climb To Success

The path to success is a constant journey, of applying technique and creativity to our own vision. In our hyper connected new reality, we’ve forgotten something very basic – paying our dues. Success – for most - doesn’t come overnight, and that’s ok. Good things take time.

Chase Jarvis once said that his success was a “classic 10 year overnight success story”. No one pays attention to the more than ten years of hard work it took him to get to where he is; to the blood, sweat and tears that had gone into his work up until that point. The book “Mastery”, by Robert Greene provides a fascinating insight into the process of paying dues and how long it takes to truly master something.

Of course, some people are born with natural talent. Some are born with an almost in-human drive that sets them apart and helps propel them forward. But these aren’t innate skills; they can be cultivated.

The problem so many of us face today is that modern society is obsessed with success stories, particularly those where the achieving of success happens at ever younger ages, in ever more accellerated ways. There is nothing wrong with celebrating success of those old or young, but for most of us, success will come only after a long and ardous journey and even then, there is no certainty you'll always remain successful. The key for most of us is to not forget that we will have to pay our dues, put in the time nad effort, and then - just maybe if we're lucky - it will begin to pay off.

In this day and age of instant gratification, instant sharing, instant adoption and material that is then almost instantly derivative, taking the long game is the only way to build sustainable success into your work, and business. Take your time, don’t worry about being up on the very latest technique and above all, focus on where you want to be – not necessarily in a year or two, but in a decade or more. Stay focused on that goal, and enjoy the journey because if you believe and understand that sustainable success isn’t something found overnight, you’ll be setting yourself up for the long haul. 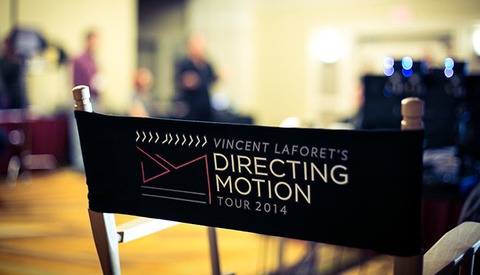 Some really important points in this article.

This reminds me of the old joke:
The absent-minded maestro was racing up New York’s Seventh Avenue to a rehearsal, when a stranger stopped him. “Pardon me,” he said, “can you tell me how to get to Carnegie Hall?”

A long time ago I had great photo instructor tell me you learn more from mistakes than success. He was right. I used to dislike shooting portraits, then one day I decided to focus on shooting portraits formal and informal and EP. Now most of my work is portrait based. Put it took a lot of work, learning and failure to accomplish it.

Thanks Ralph, and very apt joke - heard that one before but not for years, very relevant.

Thanks Seoirse, glad you enjoyed :)

One thing to always remember: Looking at success from the outside, it seems almost inevitable. However, when it is you it seems like anything but.

Every time I watch those videos, I feel refreshed by the end.

good points and same feeling for me with videos like these.

hot stuff on that Z!nk cover shoot, also great write up, never get enough of this type of advice

Thanks Simon, and glad you liked the Z!NK shoot, was a lot of fun!

You would think this stuff would be common sense but unfortunately today it is not. Yes, there are overnight success stories but the problem is that most people believe that is how it SHOULD be today and shows like American Idol definitely don't help that problem.

In addition many who find overnight success are not seasoned or passionate enough to keep things going. In the music industry look at Pat Benetar vs Ashlee Simpson...one is still touring and one is not.

Well written and I totally agree.

Great article! I definitely needed to read something like this today.

Thanks Jason, glad it was the "shot in the arm" you needed :)

Thanks for the wake up call David....! Frustration is always around the corner waiting to belittle and crush your spirits. But then you read articles like this and remember frustration is part of the journey.

Cheers Michael, glad you enjoyed it!