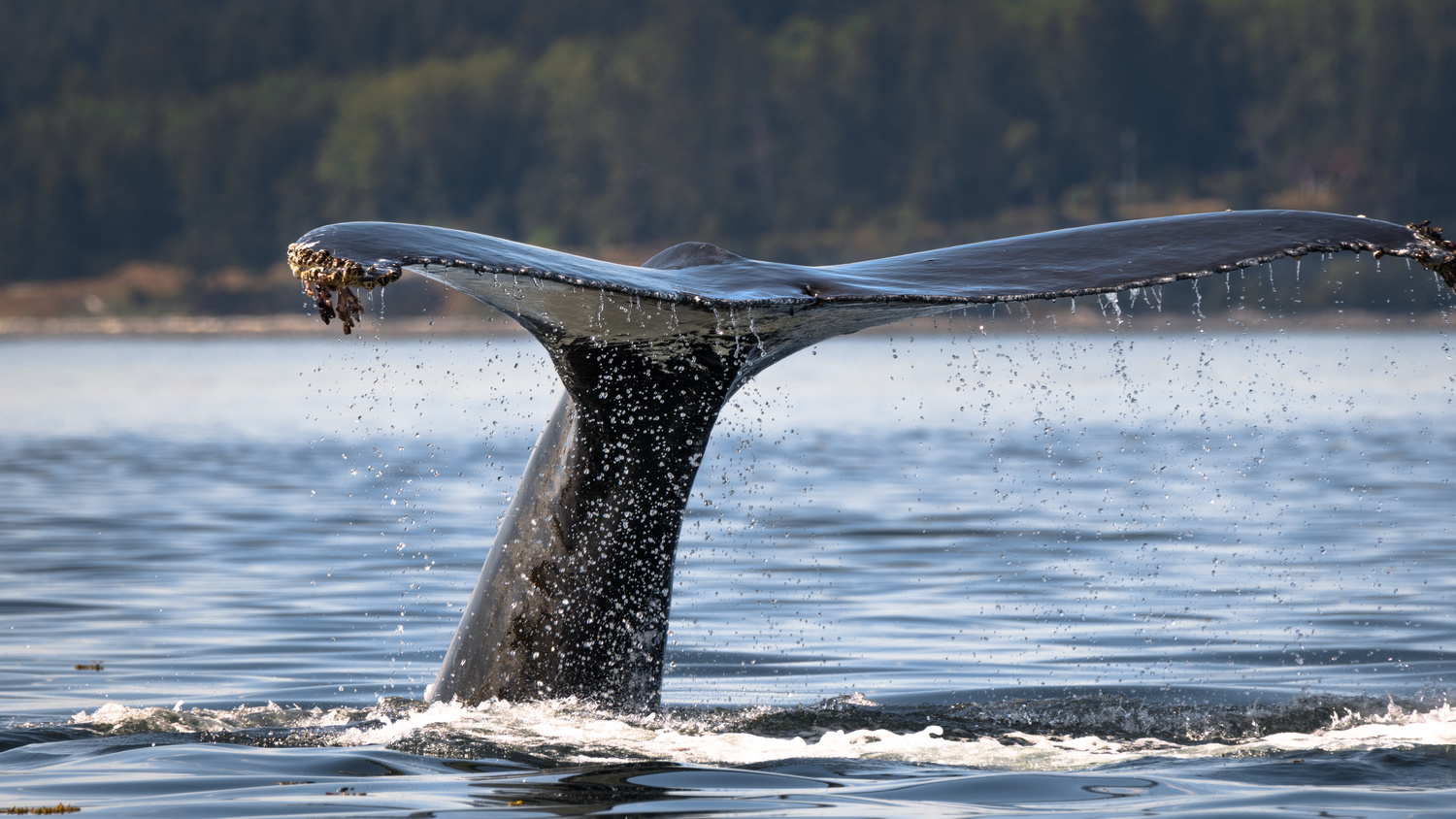 Was out on a boat with a friend tonight when we heard reports of a whale in distress. Chatter on the radio led us to believe that it had come in contact with a rope or net and had become entangled. We went to the location to stand guard and ensure no one hit it while motoring through the channel.

When we arrived on the scene the whale was floating near the surface taking the occasional breath but otherwise remaining still. It stayed like this for approximately 20 minutes before it finally gave one last gasp and dove. Thankfully it appeared the reports had been mistaken as we saw no foreign material on the whale, but we did get a hell of a shot!

I'm sorry to see that you are reveiving such a low rating on your picture. For what it is worth, I disagree.