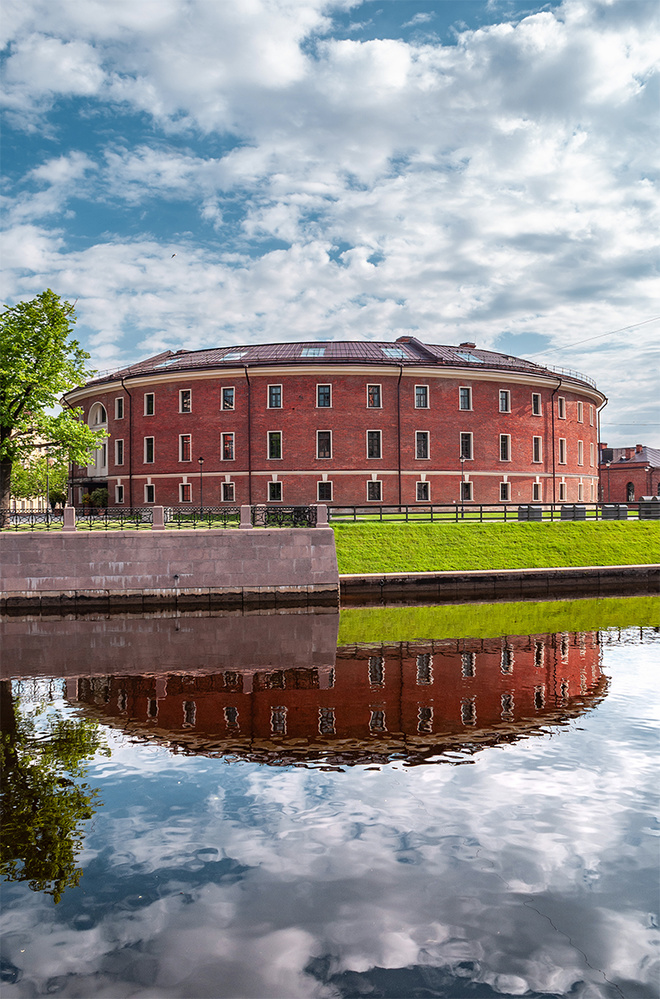 The Bottle House - Former Military Prison.
The former naval prison, named after its distinctive shape, was originally built by architect Alexander Shtaubert in 1830. The restoration and adaptation of the building for its new function took almost two years. Shtaubert himself dubbed the building the Convicts' Tower, although the Bottle House became its established name among locals as a result of its characteristic shape, reminiscent of the neck of a bottle. According to legend, it was from here that the Russian phrase “don’t get into the bottle” originated – no one wanted to end up in jail.