What appears to be a long-kept secret to the general public, apparently has been a common knowledge for those who have worked in the fashion industry. The times are changing and as such Carolyn Kramer, who was an agent for fashion giant Elite Model Management, is finally speaking out about the horrific behavior that blatantly went on both behind the scenes as well as on sets.

Huffington Post reports that Kramer, who already had had experience working in the fashion industry before joining Elite Model Management, expected to find herself in a reputable working environment where young girls are treated fairly. However, soon after joining the agency she realized her job will involve sending girls as young as 13 to “go-sees,” the name for appointments during which photographers or designers scout new faces for upcoming shoots. In these meetings, vulnerable young women’s success often depends on impressing (mostly) powerful men."

Before New York passed a bill in 2013 that requires models under 16 to have chaperones with them, girls were sent to "go-sees" and photo-shoots all by themselves, and they were required to work with men that had known history of misconduct or even physical abuse. Although it was a common knowledge of what went on in the industry, the girls rarely spoke out about it due to fearing of losing their jobs and other repercussions.

Kramer herself had been groped by a high-profile agent, however, she had been so used to seeing models being treated as sex objects, and Kramer did “not tell anyone at Elite about the misconduct, because she said it never occurred to her that such commonplace behavior was worth reporting, never mind addressing.” This isn't surprising because the abusers rarely saw their actions be punished or have any consequences at all. Having experienced and seen the ugly side of fashion industry, Kramer eventually quit.

Kramer and Anderson Boyd, who's also an agent, speak out about the lack of training Elite provide to their agents when it comes to dealing with possible "predatory behavior" aimed at their models. Boyd recalls, “It was not handled like a traditional corporation where you’re handed a sexual harassment manual. I did not know how to help [the models’] working conditions.”

As such, agents rarely provided support and warned the models at most, creating an environment where models cannot count on their agency to protect their best interests. Lesa Amoora, who was a 17-year-old model at the time, recounts how she received a brief warning when she was booked to work with a photographer in Milan. She recalls the encounter of "when she was wearing only a bra and underwear, the photographer unzipped his pants, pulled out his penis, and asked whether he could masturbate. According to the former model, now 48, she put on her clothes and ran out of the room." After the incident Amoora spoke out to her agent who responded with "I’m so sorry, that happens sometimes with him.”

Unfortunately, there are so many stories of similar accounts. While Hollywood is slowly seeing misconduct charges being taken more seriously now than ever before, fashion industry has a long way to go yet. Modeling can be seen as an exciting and adventurous way for young girls to experience the world and get ahead in life, however, one look at what goes on behind the scenes would send shivers down every model parents' backs. The industry has been extremely forgiving to those who have abused their power and it has cultivated an environment where young girls have had to be compliant to it.

I will be looking forward to seeing major changes occur in the industry over the next years, however, we all should prepare for more and more stories to be told by those who are finally free to speak out against their abusers.

Great article. The more this comes out into the open, the better. It isn't just a "few bad apples", because almost everybody in the industry accepts sexual abuse as so normal that it is simply something everybody must work around. Nothing will change until the culture of keeping silent about sexual abuse changes.

It is not surprising to see the agent responded in such a way. But why isn't the normal response "I'm calling the police immediately so they can lock this sicko up for a very long time, and he will be identified as a sexual offender and never work with children again"?

Things will not be right in our society until the norm is for the agent to immediately call the police and have such nutcases locked up. We have a long way to go, because everybody knows that the person who calls the cops in that situation will likely have their reputation tarnished within the industry forever.

Great article. It's so important that we keep talking about this.

"What appears to be a long-kept secret to the general public, apparently has been a common knowledge for those who have worked in the fashion industry."
While it may be a long kept secret I don't think any of the general public is surprised that this kind of thing happens in the fashion / entertainment / sports/ political industry. It's all about the money. As long as the Weinsteins, Richardsons and Nassars of the world are making successful movies or fashion photos or olympic gymnasts some people will enable them... 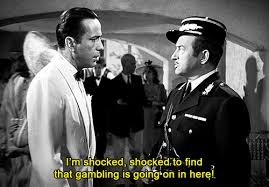 The more dialog and discussion is had about this, and the more it becomes the norm that this is wrong, the more women (agents and models alike) will feel empowered to talk about it and not accept abuse as the norm it is today. Have a chaperone until the age of 16? How about bring someone anytime you're working with someone new.