Vogue Accused Of Portraying 'Domestic Violence' On Their Recent Cover

This recent cover of Vogue Hommes International, featuring none other than Stephanie Seymour, is under fire. Women's Right Advocacy groups and critics have accused Vogue of glorifying and portraying 'domestic violence' on the cover. 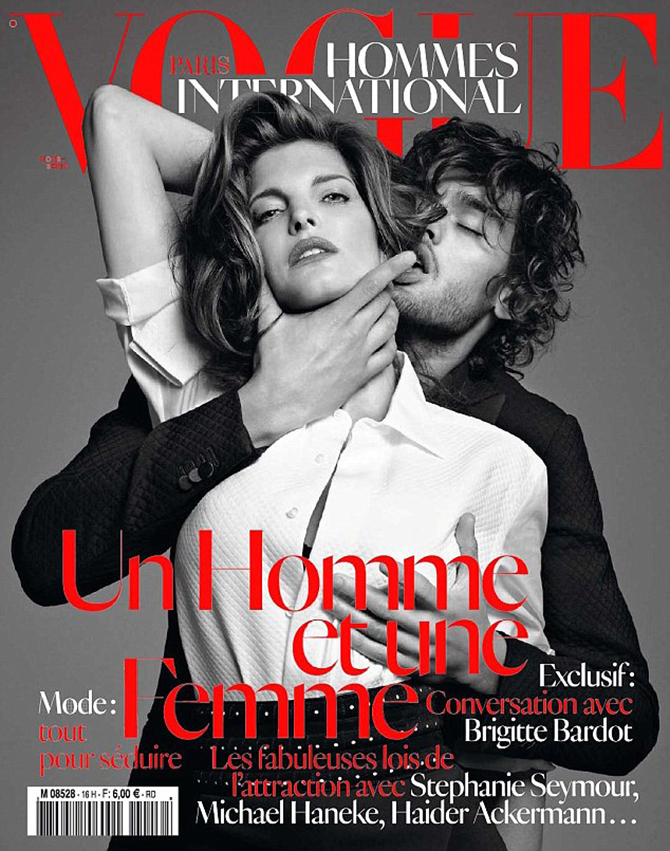 “Choking is not a fashion statement, and certainly not something that should be used to sell magazines.”

“This truly disturbing image of a woman being choked sends a dangerous message to anyone who sees this magazine – that choking is a sign of passion rather than of violence.”

“A 2008 Journal of Emergency Medicine study of murders of women in 11 cities found that 43per cent of women who were killed by intimate partners had experienced at least one previous episode of choking before being killed. That is why, in 2010, New York State made choking a violent felony, and advocates, prosecutors, police officers and survivors throughout the State have embraced the law as a way to save women’s lives. In New York, your magazine appears on numerous newsstands and has enormous reach with young men and women. While this cover was perhaps intended to shock and thrill potential readers, the truly shocking fact is that it glorifies violence against women as an act of love.” 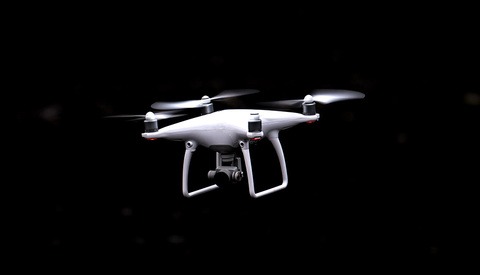 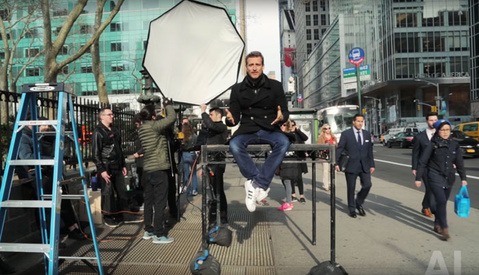 Editorial Photography / April 14, 2016
How to Plan an Editorial Shoot 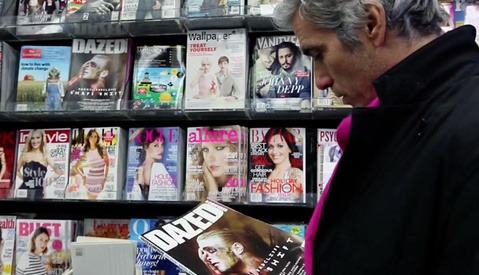 Business / July 31, 2015
The Story of a Homeless, Working Fashion Model and Photographer 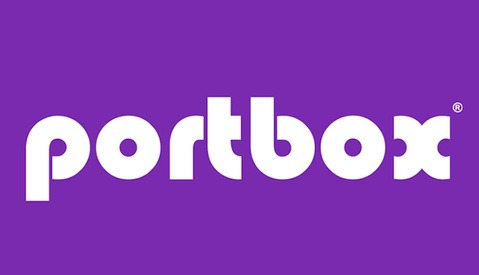 She is not struggling and he is not acting in anger. Overreacting

I am very close to someone who was beat and raped as a child, her reply to this whole thing was

"It would be HER body language, not HIS that would portray this as domestic violence. This picture portrays a submissive sexual feeling."

That's exactly what it seems like. It doesn't romanticize actually choking someone...there's just a sexually-charged -- but 'caring' -- feeling about it that I think bugs some people.

I think it's a cool shot. I don't think it depicts domestic violence, it's a rather powerful interpretation of A kind of lust. Doesn't mean it has to be on the cover of Vogue but I don't think a line has been wrongfully crossed here.

Over reaction. I question that this is even a choke at all. Look at his thumb and first to fingers - they're not in a position to choke at all.

This is more sexual intensity than anything else.  His eyes are closed and her eyes calmly looking onward says she enjoys it and wants more.

Complete overreaction and it works for Vogue: any publicity is good publicity.

I feel like anyone freaking out about this photo has never actually been choked. It is not easy, in fact I'd go as far as to say it is impossible, to look even remotely attractive while being choked.

This is the plight of a group of people who have far too much free time.. It is a sexually submissive posture that she is in.. not one of abuse.

soon we'll be having single color, black square, no image as this might depict something for someone somewhere in the world.

we could consider this stigmatizing for :- color people as the cover only shows white, no asian, indian, african etc.
- gay as not 2 men or 2 woman- animal associations (where is the cow and the bull : pun intended :D)- etc.

It's interesting, although being in an environment where stigma &amp; discrimination is a constant part of advocacy, it is important to learn to let go and get in depth information.

Although the following might sound hurtful, read between the lines correctly : Some people in some of these associations should be heavily involved in therapies in order to solve personal problems before bringing some stuff to attention, which are simple over-reactions to something hitting them personally.

This image depicts very sexually charged passion, a passionate couple, and it's great.

This is what you call "Mayjalook" propaganda

Families, Safe Horizon, Equality Now, and the New York chapter of NOW... Are they american organizations?

Interesting. I think it´s nice that created controversy. That opens up dialogue and dialogue growth.
I read the opposite to those they complaint. I see sexual energy and I see him aroused not even being able to look at the spectator and she´s looking at us, letting us see how she has power over him. She is the one in control and not the other way around.