A Look at a Photography Legend: The Nikon F

Few cameras are more legendary than the Nikon F, having been in the hands of countless professionals over many decades, while still remaining a popular collector's item and film camera today. This awesome video takes a look at just what made the camera so popular and what it is like to shoot with.

Coming to you from Kai W, this great video takes a look at the Nikon F. The Nikon F is still highly popular; in fact, you can still find tons of bodies for sale on eBay for around $200 a piece. The F was introduced over 60 years ago in April 1959 and was Nikon's first SLR camera, combining a wide range of popular features into one body. The F remained in production until 1973, when it was replaced by the F2, with the line continuing all the way through to the F6, which was introduced in 2004. Original F models even made their way into space aboard Skylab in the 1970s. One of the things that made the F series so popular was its massive range of available lenses, with focal lengths between 21mm and 1,000mm available only three years after its initial introduction. Other interesting features included an optional interchangeable waist-level viewfinder, titanium shutter rated to 100,000 situations, and a variable length self-timer. Check out the video above to see what it is like to shoot with!

When I was 18 I walk past a pawn shop with the strangest-looking camera I'd ever seen, which would turn out to be an F Photomic. I bought it because I knew it had a fast lens (a 50mm f/1.4 S), but had no idea what I had actually bought, or I should say, bought into. Forty-six years later, I still have the 50mm from that body, which got destroyed trying to grab a shot with a 200mm lens on it as it rammed into a chain-link fence from the momentum of the lens/body mass as I tried to climb the fence. 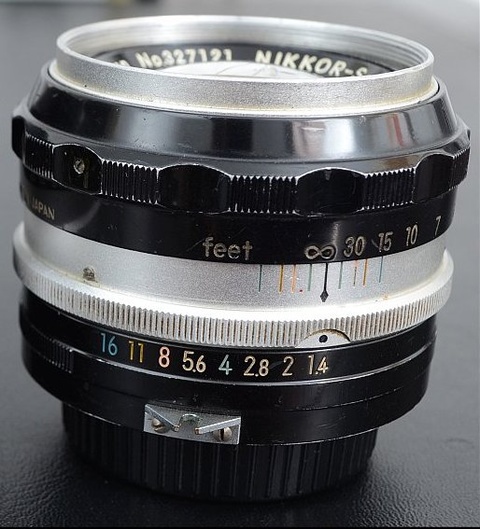 A true classic. I owned a Nikon F body with plain prism for more than 30 years -- it was my only film camera for 15 of those, shooting sunny 16 rule. Still have the 85mm I used on it.

My version! It was AI'd back when that mod was required. Still use it! The photo was taken with a Nikkor 55mm 3.5 Macro... still one of my favorite lenses. @Spy.. surprised the fence survived its encounter with an F body. We used to joke that you could use it as a hammer to build a house then take pictures of the house when you were finished. I had a motor drive on my F. The massive weight of the body and drive was like an early version of image stabilization! 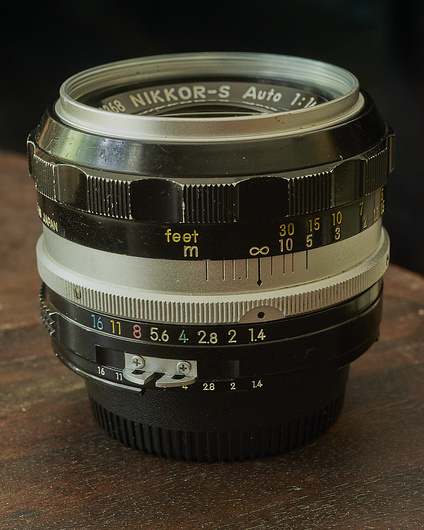 Yeah I dunno the impact was from the front of the 200mm as it swung to the fence, then travelled through it to the body. Went to cock the shutter and it jammed up and heard a bad sound. I wound finding another F body which, unbeknownst to me at the time, was the last F series, known as the Apollo, which I still have to this day. Even though I rarely shoot film anymore, I'll never part with the two Nikons that were so much a part of my life. I'll probably put them in a little wooden box with a glass front or something. :-) 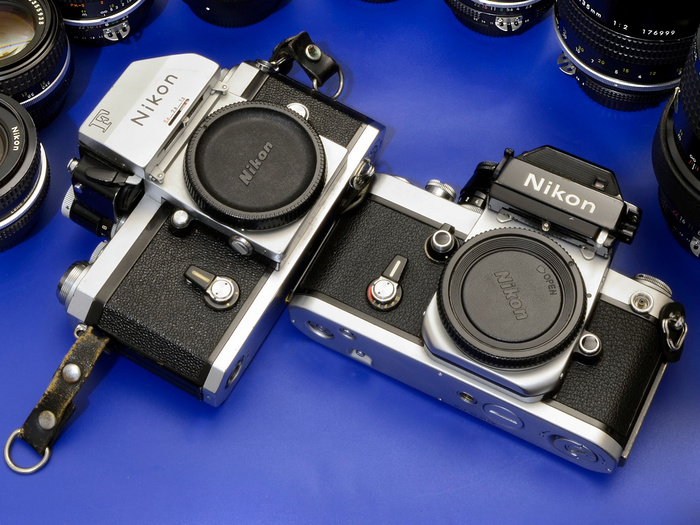 My brother had this but with a box on top. All metal: really nice! Where do you go for film now? My Motophoto closed

B&H and Adorama ship pretty much worldwide. Where are you?

New Hampshire. I will check these places out. Thanks! 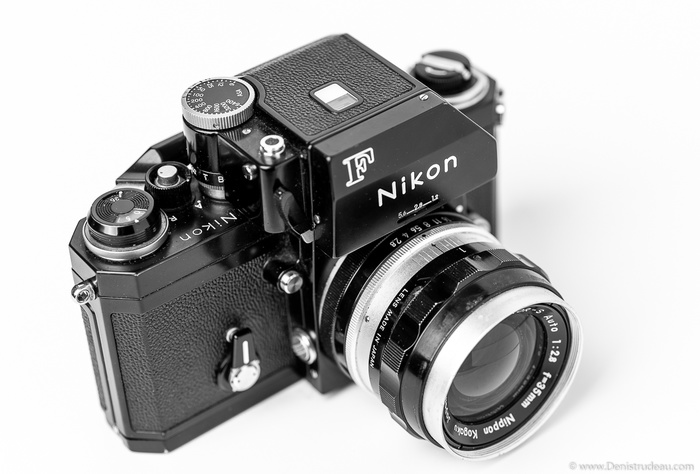 Nice. That is also an "Apollo" model, the last of the F's.