A Fine Art Look at the Ukrainian Revolution

On November 21st, 2013, peaceful protests began what would soon be known as the Ukrainian crisis. Over the coming days, the protests would become more lively, and a brutal crackdown would begin. The following three months would see Maidan Nezalezhnosti, or Independence Square, in a constant state of conflict between protesters and authorities. This would become known as the Euromaidan and would eventually lead to the Russian takeover of Crimea. Ukrainian Photographer Maxim Dondyuk took it upon himself to understand the situation and photograph the three months of violence in his home city of Kiev.
When we think of photography during conflict situations, photojournalism immediately comes to mind. News photographers put themselves at great risk to show the world what is happening at a certain time in history. We see their imagery in newspapers and in history books. It often reminds us of the horrors of conflicts and inspires us to reconsider how we feel about what it describes. This week, I had the privilege to speak with Maxim Dondyuk on his unique fine art work from the Euromaidan.

When Dondyuk arrived at the Maidan, he recalls not knowing how to approach the things he was seeing as an artist. "I didn't understand what I wanted to do... and in what way. So, at the beginning, I just watched, analyzed, tried to find the answers." Over time, he developed the aesthetic he would complete his documentary project in. He didn't want to answer the standard journalist questions of what, where, and when. He didn't want to cover the news, but rather to interpret what he was seeing and feeling and make his images that way.

"The battles on the streets appeared almost unreal, as though (they were) occurring in some medieval fable or legend." - Maxim Dondyuk

During his time photographing the protests, Dondyuk felt that the "line between reality and fiction had gone." He recalls allowing his subconscious to take control of the process, allowing him to abstract himself from the time and place he was in. He felt that he was no longer at protests in Kiev, but witnessing something that "resembled the awful battles of past wars." It was this that allowed Dondyuk to capture more symbolic images of the clashes. Less of a reportage, and more of a fine-art work began to emerge.

"It was a battle between good and evil, light and shadow, fire and frost." - Maxim Dondyuk

After three months of photographing the protests and clashes, Dondyuk had a project that allows his viewers to "interpret reality and think about important life questions." His work has been featured by Time Magazine, Rolling Stone, and PDN to name just a few. Now, Dondyuk is creating a book from a larger body of the work. You can see more of his work and support the book project on Kickstarter.
Images used with permission from Maxim Dondyuk.
Posted In:
Fine Art
Fstoppers Originals
4 Comments 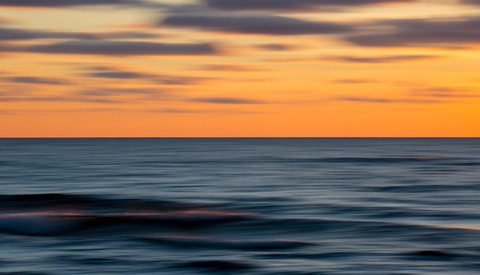 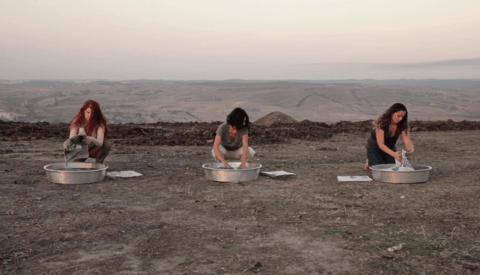 incredible images! what´s the way to make images in this style, is this purely editing or maybe a large format camera? especially the first and 3rd image amze me!

Maxim exclusively works with a Nikon D810 and 35mm lens. Nothing more, nothing less. He notes that color and tone are very important to him in post-processing.