As a Londoner, New York strikes me as a similarly quintessential city. How then, in this most photographed of places, can a photobook surprise you?

Skyscrapers arc their way heavenward, creating a mirrored urban canyonland, screaming wealth. People, lots of them, brash, distant, in a daily busyness that only a city can muster. Cities create a landscape that never sits still, is always changing, where you are never far from the range, variety and strong contrasts of life. Big, small, black, white, rich, poor, healthy, sick, thoughtful, thoughtless, giving, selfish, happy, sad - it contains the ultimate repertoire of the yin and yang of life. You only have to stand on a street corner for ten minutes to see, in a snapshot, much of what humanity is and has become. And this has been exploited in New York to the greatest extent imaginable - think Lewis Hine, Alfred Steiglitz, Paul Strand, Nan Goldin, Diane Arbus, Gary Winogrand, Joel Meyerowitz, Bruce Gilden and Andre Kertesz.

An extensive body of work therefore already exists and so it takes something different to add to it: Susannah Ray's "New York Waterways" (NYW; and pagespreads) does just this. It is able to pleasantly surprise with its melancholy view of the fringes of the city, both physically and metaphorically. New York is built upon, defined by, its waterways and this is no better exemplified than the iconic status of the Statue of Liberty.

Through Ray's lens, we see a New York of inlets, of ferries, of beaches, filled with the detritus that's washed up daily. Of seasons, of boats, of swimmers, of more boats and yet more boats, of people interacting with the water around them. Visually it follows a seasonal theme - starting with the new life of spring, invigorated by the warmth and activity of summer, bleeding into the still long warm days of autumn before shivering into the cold New York, ice and snowbound, winter.

Ray began photographing the series in 2013, taking over two years to complete the project. I asked her how pre-planned the work was: "I tend to do a lot of observation over time, gathering ideas from scenes and places I see along my daily travels. As these impressions are often disparate and often seemingly unrelated, I file them away until an idea clarifies in my mind. So the photographs for New York Waterways began long before I actually put any film in a camera. At some point, the unity of water joined all these ideas and I began to go out and photograph."

The series was originally titled "A Further Shore" (showing at the Bronx Museum of the Arts until April 8) but focused solely on the Bronx. Produced using a Pentax 6x7 medium format camera, Ray shot over 230 rolls of color film, whittling this down to 100 photos (scanned negatives) before working with book designer Friederike Huber to shortlist the final set.

I asked Ray how easy it was to sequence the photos when working with a publisher: "I wanted to be hands off in the first stage, just to let others with a fresh eye work on the edit. Once the initial edit was underway I emailed feedback as well as a video of a book dummy I had previously made. We were working in two separate countries and time zones, so we got creative about communicating and sharing ideas. We talked about a sense of ebb and flow a lot, going out with the water and then coming back to the shorelines where we could meet the faces who populate these urban waterways."

You get a sense of what people do and how they do it. As a result, there is no single photographic style - it is an individual's journey both around their home but also cutting across what it means to be a resident, no matter whether that's a transitory beach visitor or permanent inhabitant. There is a substantial street element - thick in the action - but also some beautifully captured portraits.

My favorite is "Lori," a timeless and tender image that could have been taken a hundred years ago were it not for the solitary plastic bag. The compartment divider physically separates her, whilst metaphorically she appears isolated, alone, lonely. The picture raises so many questions about living in a city - who is Lori, what does she do, why was she on the ferry, where was she going, why is she alone? And that is the nature of cities, so many people, so many lives, so many paths trodden, intersecting in brief moments before weaving their way forward. I asked Ray about this particular shot: "Her outfit was amazing, she was out of another era and I asked if I could make some photographs of her while she sat and knitted. It was a wonderful chance encounter. I'm very interested in how time on the water happens outside normal time, that in some way we are suspended in an eternal flow that might link one era to another. Hopefully that photograph helps express that notion."

Yet elsewhere in the book, we get a real sense of what draws people to water - the "why" of a visit. We see parties, worship, fishing, eating, dog walking, boats, swimmers, sun bathers, car parks, houses. It is a place that is transitory, crowded one moment, then desolate the next. Ray identifies Barbadoes Basin as her favorite location: "I pass it on a daily basis and it's been a way for me to track tides, season, light." In fact, it provides the structure for the book using full bleed images shot through the seasons.

Talking about her influences, Ray identifies Emmet Gowin (who taught at Princeton University) who she says: "Emmet's work is very spiritual, it layers a kind of unearthly thinking onto earthly things, specifically land and family. Emmet helped me understand that where we are can be as interesting and enlightening as someplace exotic and far away." In a similar view, I wanted to know if there was one photo that changed her mindset, almost a Cartier-Bresson "decisive moment" moment: "I love the cover image of Paul Kwilecki's One Place. The cover photo shows three teenage boys in wet shorts perched high up on narrow metal structure, with a lake and figures playing in the background. They look directly at Kwilecki's camera, a little open, a little wary, momentarily paused on a humid summer day. Their knees intersect the hazy trees on the far shoreline and tie the expanse of the photograph together. It's just a wonderful slice of a moment, meticulously composed."

It's always good to shoot in your own backyard and this sense pervades NYW. I finished by asking what she wouldn't leave the house without... unequivocally, for this series, rubber boots! Give Ray a moment - pause to see her own backyard. She provides a new view on this most photographed of cities, one that is tender and affectionate. As I did, you might just see New York in a different light and find the inspiration to explore your own patch. 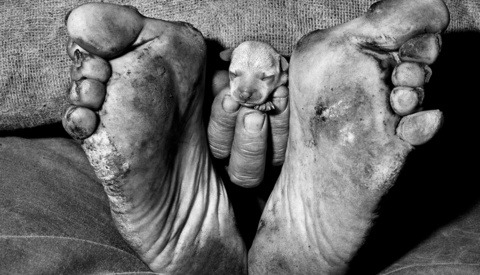 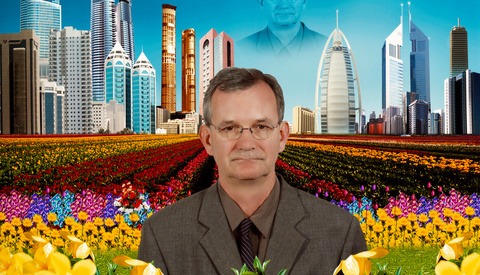 A book review on a photo book with but a single photo from the book displayed, and no links to any other photos.
Brilliant.

I forgot to add the link to the HMP site which has a range of page spreads on display: https://www.hoxtonminipress.com/products/new-york-waterways

Thank you sir! ... the link is important in the context of the review :)