There have been so many cameras over the last 20 years that there are certainly some bargains to be had now. In this video, two cameras each costing less than $300 are pitted against one another.

It isn't long ago that getting a full frame camera, even second-hand, was not cheap. Typically, you would have to make do with a crop sensor or micro-four-thirds, and then upgrade to an entry-level full frame body in the future. Now, with the industry shift towards mirrorless bodies, we're left with vast swathes of older DSLRs that can be picked up for relative peanuts. In this video, Tony and Chelsea Northrup go head to head in a shootout with a total budget of $1,000. They each opt to spend the bulk of the money on glass — a wise move — and their body choices are under $300 in both cases.

While the lens choices were interesting, they weren't cheap, but the bodies were. Chelsey went with the Nikon D600 and Tony went with the Canon 1DS. Despite Tony's sound logic in buying an ex-pro level body, its age and spec let it down to my eye. Personally, I would have reached a little further with the body budget and opted for primes instead of zooms when it came to glass. Regardless, it's a little mind-blowing to me that you could buy a full frame DSLR and a nifty fifty for under $300 in today's used market.

What body would you buy if your budget for a full frame camera was $300? 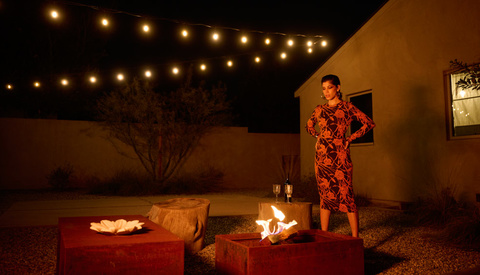 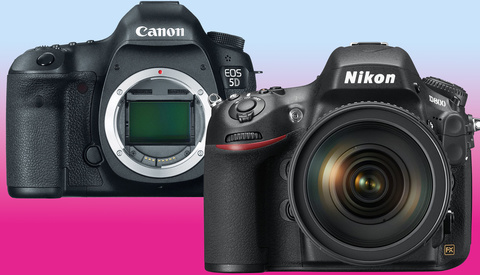 I'm waiting in the wings. I simply don't want to be the first.

LOL! I was thinking, "The photographic community's most beloved couple"!

It's really interesting how those who really dislike them so much, make it a point to come to the comment section to profess their undying hatred of them, like we would even care to know that. Odds are, they don't even read the article. They see the Northrup name, and immediately chime in with their hatred.

not true, i dont know them but warning others of clickbait is important and a favour.

Have a nice day

Pan daBear you were right on point with your previous top comment. Its quite sad there'll always be these types of comments, really. 🤣🤣 Wishing everyone a wonderful day, but heres the difference, I actually mean it. 😎👌

I would buy a 5D Mark ii body.

D700 is a much, much better choice for a similar price. I have both. Better in basically every aspect except resolution.

ill still take the 5d2. Would rather have the resolution personally.

Not a surprise the 24meg sensor and the prime lenses came out on top. The D600 and the 105 macro are quite competitive today from a pure "image quality" standpoint (assuming you can clean the sensor on the D600). I have both items. I bought the macro in 1990 for my Nikon F4 film camera! I would hasten to add that this old 105 macro depends on the camera body for the auto-focus motor. Not every newer Nikon body has that feature. But I've used this (now 30 year old) macro lens for both commercial product photography and portraits. I have to conclude you need more than 24 meg in the sensor to find any sharpness limitation it may have. It's clunky and will lose out to faster auto-focus lenses for moving subjects (sports)..

I got my practically new 6D with a broken battery latch and a well used but still under 35K actuations D800 each for under $400, a year ago. Though that was without nifty fifty's.

But good DSLR lenses are still quite expensive.

The word of caution never mentioned in the video - shutter activations. You can get a really recent camera body dirt cheap with 250,000 activations. It might not last the 21 days trial period, chances are it will, but for how much longer?

Older gear can still produce the quality that made those cameras highly desirable 10-15 years ago. The professionals were using these cameras back then, and producing great images. Think about it. People were not paying the pros to get a digital image. Scanners did that for film.