Read the full press release, then drool a little bit:

"Since the original Blackmagic Cinema Camera was launched at NAB 2012, it has been celebrated by industry professionals for its amazing film look and accurate and cinematic color. The new Blackmagic Pocket Cinema Camera has most of the features of its bigger brother, including its feature film look, but has been redesigned with a dramatically smaller size that is less than an inch thick and can be held easily in your hand.

"The Blackmagic Pocket Cinema Camera features an industry standard Super 16 sensor size, so it’s perfect when using Super 16 cine lenses via MFT adapters, as the shooting experience is the same as using the same lens on a Super 16 film camera. The 13 stops of dynamic range look of the Blackmagic Pocket Cinema Camera is almost identical to shooting on a professional Super 16 film camera. The Micro Four Thirds lenses offer a wide range of low cost lenses with amazing image quality, and they are compatible with mount adapters such as PL mounts for large lens and professional motion picture film rigs.

"One of the most important features of the Blackmagic Pocket Cinema Camera is its super wide dynamic range of 13 stops, allowing feature film quality images. A common mistake in the television industry is the assumption that more resolution means higher quality. Most cameras, even ones with higher than HD resolution, can produce"video" looking images that suffer from highlight and black clipping that limits details. Blackmagic Pocket Cinema Camera's wide dynamic range eliminates this problem and provides film quality with dramatically more detail retained in black and whites in the image. Once the shoot is complete, DaVinci Resolve Lite color correction software can be used to adjust images and take advantage of this extra range in the images.

"To eliminate the damage that low bit depth and high compression video storage creates, the Blackmagic Pocket Cinema Camera includes a easy to use SD card recorder that allows the full sensor dynamic range to be recorded in professional ProRes 422 (HQ) format, as well as 12 bit Log RAW lossless compressed CinemaDNG format. These files can be read by high end video software as they are all open standard. In addition to the regular CinemaDNG RAW format, Blackmagic Design will also be implementing a QuickTime wrapper for the open standard CinemaDNG and companion codec, allowing the camera to record in a format that allows RAW editing in popular editing software.

"Blackmagic Pocket Cinema Camera has been designed as the perfect companion to editing software such as Final Cut Pro X and Avid Media Composer. Unlike other cameras, which require the use of custom video file formats, the Blackmagic Pocket Cinema Camera includes absolutely no custom video file formats, and every file type included is open standard. 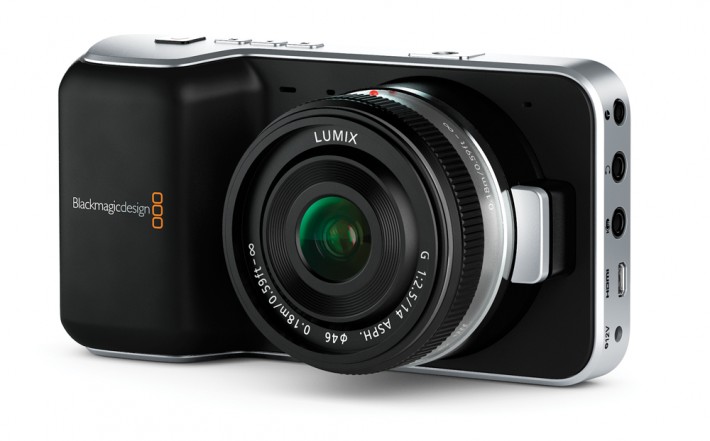 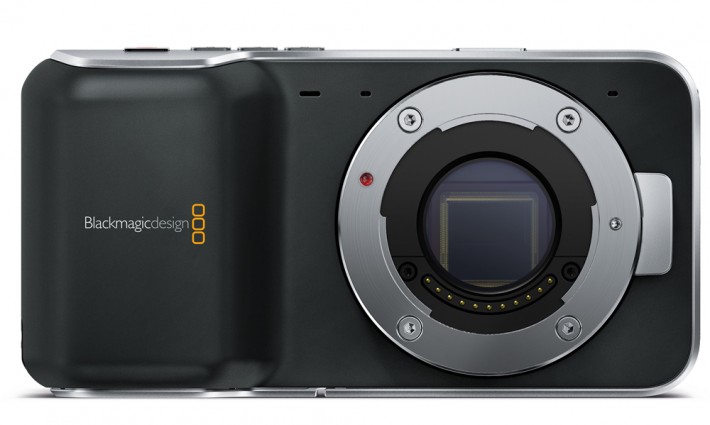 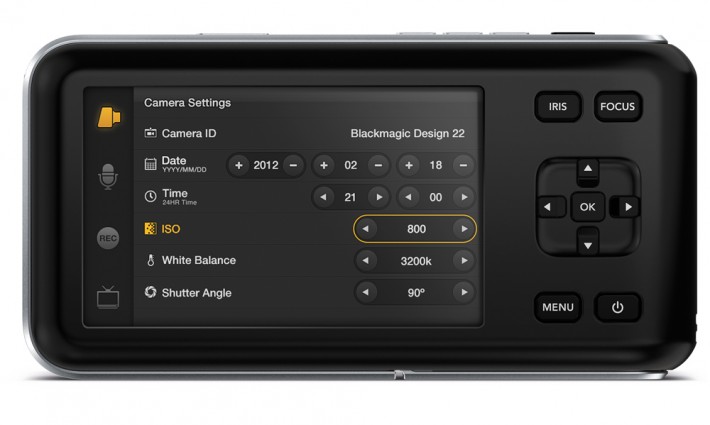 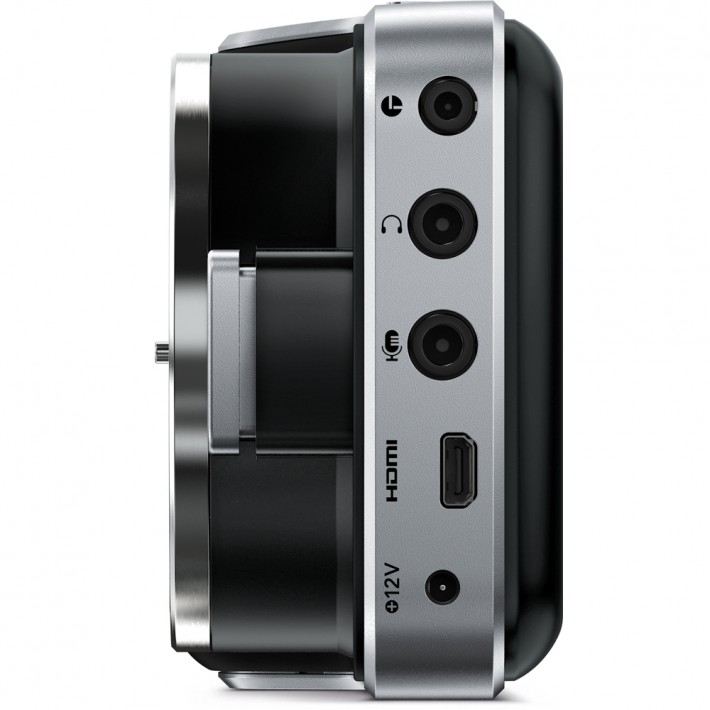 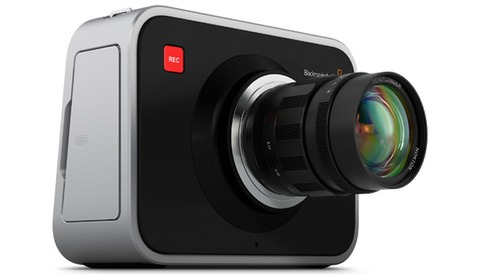 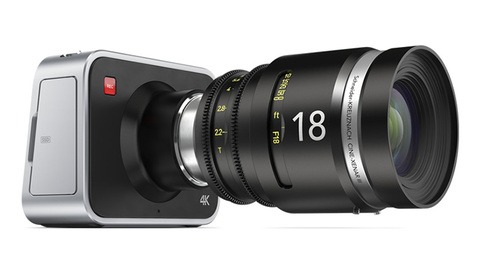 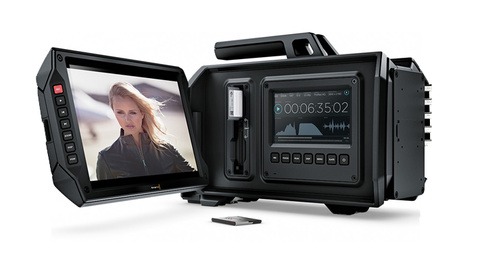 Gear / April 7, 2014
Blackmagic Announces the New URSA, a Camera with an Interchangeable Sensor 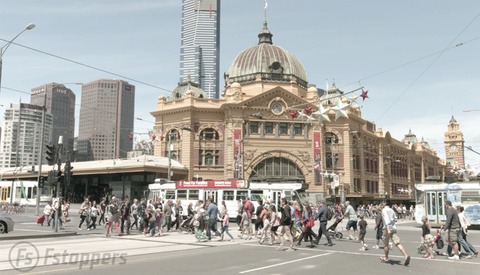 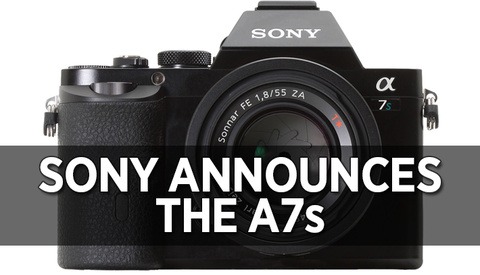 Is this like the other black magic camera where the battery is built in? That is definitely a terrible thing if so.

No it has a battery that looks a lot like a Canon EOS M in styling. They don't show it in these images, but I did see it somewhere else.

Awesome! This sure is tempting!

The battery is a Nikon EL-EN20 so not only is it removable, but it's also commonly available :)

Jesus Christ. I just pooped a little. My next purchase is sorted then!

This company has come quite a long ways

This will be perfect for a multicopter.

Extremely impressive. I am seeing less complaints about the Cinema Camera shipping situation, so that's probably a very good sign for these future products.

The second photo, with the sensor, is it just me or is the mount blocking the lower portion of the sensor?

the mount isn't blocking the sensor...the effective sensor surface is a rectangle half the size of the square you see...it's hard to see in this image

if this has a picture capture mode as well that would be perfect carry camera for me.

It won't. If you are happy with 1080p images then just record short snapshots of raw video.

Why would you have expected it?

I guess just from personal experience that these types of camera will have a high speed mode 50/60p. I wouldn't expect it to be at 1080p, but even at 720p.

and lastly, it's just a setting that i like shooting in.

When you say these types of cameras you realise that this is the only camera currently in this category?

Except for the obvious lower resolution - how would this BMPCC hold up against the BMCC that is out now? Sure, that cam has some more pro out/inputs etc but how would image quality compare when played in 1080p?

possibly the low light performance will be an issue? just a guess...

It's a 1.3x crop on the BMCC so it's actually just a crop of that sensor.

Low light will be slightly worse but the image should be almost just as sharp.

This + Metabones Speed Booster (When the EF to MFT comes out) + A set of Samyang EF Cine Lenses... You have a fairly cheap cinema set up (for filming).

Why buy a camera with such a small sensor? It industry standard, but not broadcasting standard

ok i know this comment is a million years old, but for future generations that find this article and see this comment, broadcast sensors are a fraction the size of the BMPCC. often a 1/4" or 1/3", so the BMPCC is worlds larger than broadcast

Hopefully future generations appreciate that comment as much as I do now :)

what a wonderful world we'd be in if we have 1/3" interchangeable lens camera with pocketable f0.9 optics that'd do 2.5k at 90fps don't you think?