Canon Is Getting Serious About Mirrorless Lenses

Canon has released some mightily impressive lenses to go with its RF system cameras, but the lineup still needs a lot of gaps filled in. It seems that they'll be releasing a bevy of RF lenses in the future.
Canon Rumors is reporting that Canon is planning to release six to eight RF mount lenses in 2020, some of which will include f/4L zoom lenses and non-L lenses along with more esoteric and/or advanced designs. This is certainly good news, as while lenses like the new RF 28-70mm f/2L USM are definitely highly impressive, they're also highly expensive, and with cameras like the EOS RP providing very cheap mirrorless full frame options (with rumors circulating that an even cheaper body is in the works), some photographers would surely prefer some more affordable lens options.
In addition to the 2020 lenses, it's rumored that an RF 85mm f/1.2L will be announced next month, bringing the classic and highly popular portrait lens to the mirrorless mount. It's likely that the new version would have some improvements over the Mark II EF version, likely improving wide open sharpness and chromatic aberrations. Either way, it's good to see the mirrorless race continuing to heat up.
Posted In:
Gear
News
via:
Canon Rumors
11 Comments 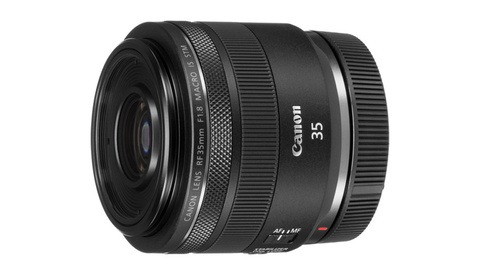 RF Lenses are fantastic. Maybe best out there right now. It's truly odd to have these amazing and expensive lenses and these crippled cameras. Please give us a body that has something with technology not stuck in 2013. I mean come on. Nikon and Sony full frame bodies are simply superior in features and technology. Especially for hybrid shooters. If you are a pure stills shooter, then the R is fine, but not anything amazing. For video it's simply crippled. I worry that they simply don't have the sensor and processing technology to catch up to Sony, much less keep up. This is going to matter more as time goes by as the gap just gets wider.

George, check the video specs on the 1DX Mark II. For the last three years, it's been the best hybrid DSLR in the world. It's called segmentation.

Management at Canon are a nasty bunch of bean counters who are burning through a lot of customer goodwill and driving us to other manufacturers as they do it. After the disappointment of the EOS R/RP, Canon finally drove me to reluctantly acquire Sony full frame mirrorless (had a NEX-5T as a carry camera for three years with the 120g Sonnar 35mm f2.8).

Sony A7 III on deck now with 35mm f2.8, 55mm f1.8, 85mm f1.8 and the rest adapted vintage glass and my Canon lenses. I've got enough Sony gear now to be halfway to becoming a Sony photographer (hope I'll never become one of those Sony fanbois though: the menu-centric interface doesn't agree with me but the sensor and the video capabilities are dope). That's what segmentation does for you Canon.

George, your comments are spot on. I would also give Canon credit for dual pixel autofocus and excellent ergronomics.

My Sony is a 3 year old A6300 that cost 1/3 of the R, has video capabilities that blows away the Canon R. To be blunt, it is embassing for Canon. I shoot sports photography and Canon R's slow 5 fps is a total deal breaker, video wise not having 120fps for slow motion and poor 4K video specs, more deal breakers.

Sony has big issues as well. Ergronomics that are just unacceptable. The menus are poorly designed as well. It appears Sony hired computer nerds not anyone that shoots photography to design their cameras. I prefer having a Canon in my hand but when it comes to looking at the shots and video, not happy.

The vast majority of my lens are Canon. The adaptors that mount Canon lens to a Sony body don't work adequately if you are a sports photographer, specifically regarding autofocus.

For me, I can't see buying another Canon body until they at least match other camera companies. I use my Sony in a water housing so don't plan to buy Sony lens to replace my Canon. So for now, no problem, I can wait a few years but if Canon can't match Sony and other's specifications I will be forced to fully transition away from Canon. Like other photographers, the money is in lens. Canon has many holding off on switching to another brand simply because of the massive cost of switching lens. The bleeding is happening for Canon. Sony already outsells Canon on full frame sensor cameras. I believe Canon's motivation in releasing the R was to stop the bleeding. Sadly, the R is a mirrorless version of the 6D, an old sensor in a camera that was outdated and under performing the day it was released. If Canon wants to keep my business and other's it has to update it's sensors and become competitive. Once I and others switch lens, no more future Canon body or Canon lens sales. The stakes are high. Releasing nice lens with big aperatures is nice but many, like me don't want our gear focused around 2013 level technology. At this point the Canon R is deficient shooting sports photography or sports videos. Really Canon, you can't match the specs of a 3 year old Sony camera costing 1/3 the price of a Canon R?

Canon and Nikon both clearly designed their new mirrorless cameras for one audience: their existing users. They were both losing ground to Sony, and so making full function adapters and low cost bodies let existing users who haven't already gone to mirrorless try it out. And of course, use their existing glass, speedlights, batteries, etc.

The problem, of course, is selling anyone on the mirrorless body as a full system. You need EF or F mount lenses to use either system, there are not enough native options available. But both companies need to get as much lock-in on these new systems by today's customers to make it worthwhile to expand the systems enough to attract those not invested in DSLR glass.

Canon's approach of making more interesting, albeit expensive, glass for the R system is an interesting strategy. If your a big enough Canon fan to essentially buy your existing DSLR all over again in mirrorless form, it's easy to see a few lenses selling. Not sure Nikon has that yet.

But against the competition, if they get to the point where Canon's got EOS R large enough to attract new buyers, they are going to need to compete on cameras, too. No IBIS, old sensor technology, crippled 4K, etc. makes it hard to compete against three other full frame systems and, especially on price and features, the smaller chip systems as well.

I gave up on Canon last year.

I wouldn't say that Nikon bodies are on the cheap side of things. The equivalents to the Z6 and Z7 on DSLR, 750 & 850 are waaaay cheaper to get, very capable cameras, and with a huge amount of optics to choose. I think they should focus on developing workhorse lenses and stop wasting money and efforts in developing stupid lenses like the f0.95 Noct. Otherwise they will disappear as other brands disappeared from the market when transitioning from film to digital. For now Sony is almost a decade ahead of them in the mirrorless market.

Well I for one dont agree with Jeff Wisener. The EOS R have virtually the same sensor as the 5D MKIV its the RP that has the 6D MKII sensor. In both cases these cameras are cheaper than their DSLR cousins.
Ive extensively used the Sony A7R II and whilst it has a great sensor everything else about this camera sucks compared to Canon. Admittedly I dont shoot video (preferring to shoot video with a video camera which mirrorless / DSLRs are not).

Im heavily invested in EF glass and have bought the RF 24 - 105mm f4L IS USM which is way better than its EF cousins. Ive no desire to buy the excellent RF28 - 70mm f2L lens as its far too heavy and doesnt balance well with the EOS R. However if Canon bring out the RF 16-35mm f4L IS USM and the RF 70-200mm f4L IS USM my money is waiting as this will be a perfect landscape trio with the RF 24-105mm f4L.

The shots I get from the EOS R have been stunning, one happy customer.

Cool. When are they going to get serious about mirrorless bodies?

(Calm down, fanboys, I am a Canon shooter)

Getting so bored with the Canon bashing. I've shot with Canon for years and never been disappointed. My clients have never been disappointed either. None of the professional photographers I know (most of which are Canon shooters) are disappointed with their gear either. If 5 frames per second isn't getting you results perhaps you should spend more time working on your craft. If you need more dynamic range than any modern camera provides go back to square 1 and learn the light triangle. If you want to shoot video, pick up a dedicated video camera. I promise you it will trounce any SLR or mirrorless camera.

Mark, most of us don't want to carry a second camera for video. That's the whole point. See my comment above about segmentation. It's one big finger Canon's been showing all its customers for the last seven years (from the 5DIII and its awful HD video – line skipped in such a way as to be lower resolution than 720p even though the hardware supports full RAW 1080p).

Please stop enabling and encouraging Canon to abuse its most loyal customers, Mark.

Totally agreed. When I travel, the last thing I want is to carry a dedicated video camera. There is no need for that in 2019.