Canon Launches a Range of Branded Clothing and Accessories

No, this isn't April Fools' day. Canon really has decided to launch a collection of new merchandise, coming to a catwalk near you.

It's probably more surprising that Canon UK don't already have a regular clothing range. If you think about it, a lot of companies diversify. Clothing is easy to produce, it's a great way to strengthen brand loyalty, and it's an entry point for prospective customers who might not be ready to make a big purchase. Just think of all those Ferrari jackets bought by people having a midlife crisis.

Canon's decision to start selling such items now isn't random; the range is to celebrate the 30th anniversary of the EOS system. They are also featuring cameras from the EOS archive. In addition to this, they have produced a vintage series, which includes clothing featuring the original Canon camera “Kwanon” logo, first introduced in 1934.

I actually think Canon did a great job with these designs. The use of the vintage logo is a nice touch. We have all seen companies churn out terrible key rings and novelty coasters, so at least the t-shirts, jackets, sweaters, and hoodies are actually wearable. As for the baby bibs they have randomly thrown in to the collection, I think I'd rather buy a Ferrari jacket and dye my hair bleach blonde.

I guess when your camera system sucks, you have to pull out Plan B lol #teamsony

You're one of those guys. 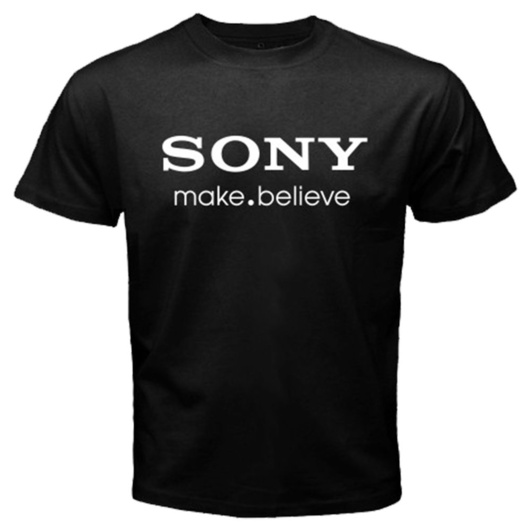 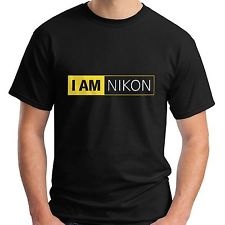 I wonder how much Canon will be paying us to become walking billboards for their brand? What's the going rate for pro photographers?

Ask all those Nike sheeple! lol

Lol! Pro athletes appear to do very well from Nike. Not sure pro photographers are likely to do quite so well from Canon! 😀

Wish they would spend their money and resources on updating and optimizing their software and firmware.

Maybe if we buy enough T-shirts they'll be able to afford to. ;)

If only the miniature allowed for film or even a small digital sensor to take some photos!

Caterpillar did this with some success in the late 90's and 00's. Men all over the place were walking around sporting Caterpillar work boots. I even had a couple of pairs. I have to say, they were all the most uncomfortable shoes I have ever worn. I don't see too many men wearing the Cat brand anymore.

Cat are still doing this with success now as their boots are on trend.

Cat would give away a lot of merch, too, to purchasers and operators of their equipment. It's smart marketing - the quality of their machines started to come back to the rest of the pack a few years ago (although their prices didn't), so they needed to rely more heavily on brand loyalty. I presume Canon is trying to do the same.

Cat's boots have crossed that functional/fashional divide which now makes them desirable as fashion items for men and women. Canon's got a way to go yet, but I do love the idea of using the original logo. It makes it less obvious that it's an advertisement for a brand.

Maybe the Fs staff will do a thorough wearability and comfy test on the catwalk with these clothing items.

I bet they've already sent their sizes to Canon, for a free sample box of goodies.

Haha feel free to recommend which staff you'd like to see!

Just wish they were selling them in the US.

You could use a freight forwarding service. You'd just have to hope that Canon UK hasn't seen a certain YouTube video that recommends sellers not to send items via freight forwarders! 😉

(It was a highly instructive and eye opening video, btw!)

None of them beat Simon Cade's "High quality content has nothing to do with pixel resolution" T-shirts. Those are very cool.

is it just me or is the canon merch photo blury ?

If you mean the lead image it's a VERY shallow DOF ;)

Can you pester your scources about the 1dx mark II? I need that in my life.

The second we know anything it will be posted on FS don't worry!

I used to buy the Work Out Clothes from the local market but recently bought some pieces from https://www.carbon38.com/shop-all-activewear . I must admit that the quality of those online tights and the hoods is way too good and the price was also very affordable.

I really like these t-shirts. Colors and prints are really good. Next month is my son’s christening day and we are to gift some Christening favors to our guests. Can something suggest me if these shirts will be the good option. Right now exploring https://www.bestpricefavors.com/product-category/all-occasions/baptism-f... for more option that suit budget and occasion too.