Canon seems to be on a warpath when it comes to mirrorless cameras and lenses, and it looks like they won't be slowing down anytime soon, as 2021 could bring some of their most impressive lenses yet.

Canon Rumors is reporting that the company will likely release at least two new "big white" lenses for the RF mirrorless mount next year. "Big white" is the colloquial name for the company's top-level supertelephoto prime lenses (which are white in color to reduce heat expansion of the elements): the 200mm f/2L IS USM, 300mm f/2.8L IS II USM, 400mm f/2.8L IS III USM, 500mm f/4L IS II USM, 600mm f/4L IS III USM, and the 800mm f/5.6L IS USM. These lenses are generally used by professional sports and wildlife photographers who need top-level performance and durability combined with superlative image quality and the widest possible apertures.

The upcoming RF big whites are likely to coincide with the release of the R1, the company's upcoming flagship mirrorless camera and analog to the 1D DSLR series. Rumor has it that one of the lenses will be a 300mm f/2.8, but it is not clear what the second will be. If I had to guess, I would suspect one of the lenses would be a 400mm f/2.8, as this is one of the most common choices for sports and wildlife photographers and generally the longest lens that maintains an f/2.8 aperture. Either way, 2021 will bring more excitement for Canon fans! 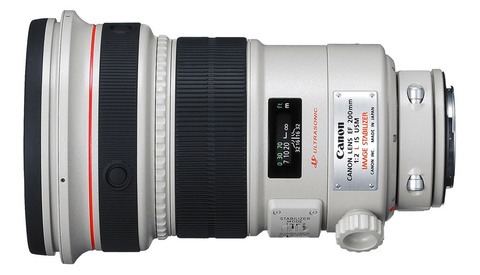 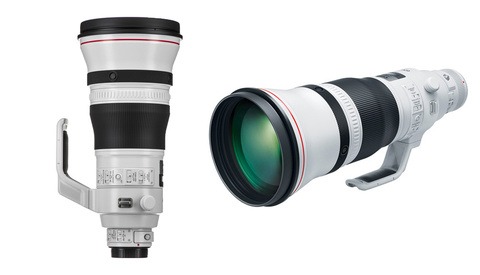 You and me both!

Thanks! Now there’s milk all over me!

as a sony user i can't wait for canon r1 and lenses to wipe sony hubris off their arrogant faces. i remember being nauseated going to the sony parties which were 2 hours of high-fiving alpha males shooting cheesy setups. meanwhile you can't even adjust any settings on the a7siii touchscreen lol. maybe they should have put that level of effort into their touchscreen.

> Either way, 2021 will bring more excitement for Canon fans!

"for Canon fans"... The wording tells a lot about how many (online active) "photographers" thinks, and might explain a lot of the heat in debate forums and comment threads.
I shot Canon, and I like it. But am I a "Canon fan" ?...

If by impressive you mean large and heavy Canon has a good track record.
Now if they came up with long telephoto length primes in a short and light weight lens body, by say resurrecting and refining some mirror/reflex lenses for their mirrorless cameras that would be impressive.
Instead the lazy option of bigger is easier will probably prevail as usual.
Why am I reminded of the old fabric saying saying of 'never mind the quality feel the weight!'

"Now if they came up with long telephoto length primes in a short and light weight lens body, by say resurrecting and refining some mirror/reflex lenses for their mirrorless cameras that would be impressive."

Great news! There's the RF 600mm f11 and RF 800mm f11 already available for you to purchase. They even have a retractable design to make them even more compact when not in use.

It will be interesting to see if they have set a trend with the 600mm and 800mm RF lens designs but as we're talking about fast primes I expect lerge, big , huge and heavy.

mmm... I'm reminded of the old saying "Never mind the laws of physics - I want it anyway..."

There is a balance between cost, size and optical quality. Just because you want it, doesn't mean it is practically possible. Unless of course your wealth of qualifications and experience in lens design and optics surpasses those of the entire Canon team - in which case, teach us oh wise one...

Nice to see we have some agreement. Looking at Christopher Frost's series of 'is this lens good enough for a 32.5mp APS-C sensor ?' Where quite a few very expensive, heavy and large L series lenses struggle it looks like lens design is waiting for some technological break through. Where it comes from is anyone's guess. That's why 20mp is a sweet spot.
So next years new lenses are likely to be impressively large and heavy.
Hopefully the 'Flat Lens' technology might come to the rescue eventually:
https://phys.org/news/2020-03-focus-free-camera-flat-lens.html

Bring it on! Hope the second hand market gets flooded with EF mount 600mm f/4 III for bargain prices :-))

Extactly! I was just thinking that. The new RF lenses are really impressive, but they are so expensive!

All these "promises", yet they still can't deliver an R5 that's been on order since early July.

had same problem with d850 and that was before the pandemic.

Did you hear of a little something called a global freaking pandemic? Jeez...

Wow! where did you order from. I check my canon order daily and it still says backordered. I'm considering cancelling it and going for the 1DX3 instead. I'd like to try the mirrorless, but the wait is insane.

I ordered mine from B&H. Wonder if payment method maters? I paid with their credit card.

Haha was just thinking the same thing. Not much point releasing all these lenses when you got no camera to attach it to!! Like you, I ordered July 23 and no word, no camera, no nuthin’!

As a long time Canon shooter, my mind boggles at the current prices at B&H for the EF versions of all of those lenses, which total only $61,794! Any wonder what the RF version prices will be? Or will Canon surprise us with a bit more affordability? Unlikely.

They are only taking half their mirrorless line seriously. They aren't doing much for the EF-M line sadly. I have a M6 Mk II and love it. Great camera for those who use cropped sensors. Currently I have to use an EF adapter for my best lenses though.