While most of the photography and videography world has been pining over the 5D Mark IV, Canon has released a second camera that promises a whole lot more. The C700 is the successor to the wonderful C500. It boasts some seriously impressive specs. But is it too late?

There isn’t anything new here. In fact, it’s almost like Canon saw what their competitors were coming out with in 2012 and have only caught up now. If this was indeed four years ago, this camera would be seriously big news. If it's not turning too many heads, then what is its purpose? And what is it packing under the hood?

Who is this camera for?

They’re aiming at the broadcast industry. Sony’s F55, Blackmagic's URSA Mini, and Arri’s Amira are all capable for the job, but what’s to stop somebody from opting for any of these three amazing offerings? The F55 was released in early 2012, and Canon’s not necessarily beating it with the C700. Why would anybody choose Canon then? I’m not sure Canon knows the answer to that.

If they're aiming at the broadcast industry, they’re going to have a very tough fight against Sony. Albeit, the Canon C300 has proven to be a seriously popular broadcasting camera since it met BBC’s standards and brought an affordable film look to the table. This could make sense, since this announcement comes just days before IBC begins. The camera also works with B4 lenses, a staple within broadcasting.

However, that doesn’t mean that anybody has room for a $28,000 camera when they can shoot on the Canon C300 Mark II or even Sony’s FS5/FS7 cameras. This camera is for the bigger production who could afford to use the Canon C500. This isn’t frequent, and those that are in this space are already using trusted Sony or Arri systems.

Another market is the aftermarket. The C500 started out at this high price point, but is now only $7,000. If the C700 is cut by a third of the price, we could see a lot more of them around!

They can try, sure. It will be an uphill battle when most of their competition is a step or two ahead and were in that position years ago. The C700 can’t record high frame-rate 4K without an external recorder, something Sony’s FS7 has been doing on XQD cards for a while now. The C700 also crops in when you want high frame rates. It doesn’t have a global shutter as standard and only has it with a PL mount option, which Sony’s F55 boasts proudly as standard. Beyond that, though, I’m certain that the new C700 will do an amazing job at replacing the C500. It probably won’t take over any industries, but at least it’s got more exciting specs than the 5D Mark IV. 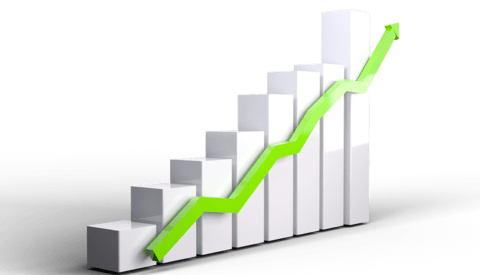 Canon is having a rough track record this year: the c300 mkii was way too overpriced for mediocre specs (which was lowered recently), the filmmaking community isn't really happy about the 5d mkiv, and then they drop this on us. From a broadcasting standpoint to me it's better then the Amira, F55, and Varicam LT (Blackmagic cameras in broadcasting that's a joke right?) for its dual pixel autofocus which was surprisingly good on the c300 mkii and the global shutter option. And for film/video production it would be a solid rental option-but not for single operator shooters when there are cheaper and better options from Red and Sony.

For $30k the price would be good if it were to come with the Codex box designed for it so you could record the 4.5k RAW but it is way too overpriced and too late to an already established party (if they released this same camera the same time as the Amira that would've been amazing)... Yeah I'm going to stick with my Red Weapon

I'd stick with your Red Weapon, too. Just wish RED's color science was a little better (skintones are a red/yellow smush on the vector scope).

While AF is nice, I'd rather have a smaller C100/300 for ENG-style shooting (also, in general), though the ergonomics of the C700 are better than it's smaller siblings, it's 2-3lbs heavier than Varicam/RED/Sony FS7/Ursa-mini... though still less than half a full-size Ursa.

RED's color science has come a long way. Apparently the new one once it's released is on par with the Alexa. Currently I'd still take it over Sony, Canon just hugs the reds too much for my taste.

The c700 would make a great A camera and have a c300 mkii as a B camera/gimbal. The c700 ergonomically is just awkward and twice the weight as the Weapons. And still can't touch the modularity of what RED offers.

The price will come down, but it's probably not aimed at people who already have BM, Sony or anyone else but more for those who already have a XC10, C100, C300 and so on who want to be able to match footage easily with minimal effort. Is it late? Probably, but at the end of the day they now have something on the market they didn't have before and gives uses in the Canon system an upgrade path.

Another camera that's overlooked and is a bit of a mixed bag for people was the XC10, many panned it as rubbish and under-spec'd but it's proven to be a very capable camera for run and gun ops for low-skilled operators and the newer XC15 is a marginal update to that. The AF system is pretty good for such a small camera. I found the XC10 a better fit for more situations that trying to jury rig a 5D III such as ENG, interviews and so on.

That price difference between EF and PL....man! They're really punishing people for NOT planning on using EF lenses. With you on the other parts of this. Granted, Canon has a lot of catch-up to play within this industry. Maybe they'll get in with the trends on the next round of updates...

I think the price difference is for the Global Shutter more than the mount.

Oh. The PL mount includes the global shutter feature? I missed that. Got it. That makes MUCH more sense ;-) I stand corrected.

it will probably be a nice camera, but it's not going to break in to episodic television or features at that price point with those features. There's no advantage over a Sony F55, RED or Alexa/Amira from a rental perspective. The others are a bit more expensive, but not prohibitively and DPs know what they will get with the current favorites.

You can buy a RED Scarlet W with the necessary accessories for a little less. That tells you everything you need to know.

Yeah, but who knows WHEN you'll actually be able to buy a Scarlet W. Red is always way behind on delivery. I called AbelCine yesterday to check on the Raven, and was told they were well over 6months behind on fulfilling pre orders.

Well the Raven is not really a competitor and yes it's going to be a while before you can get one if you didn't pre-order early. But there are also plenty of RED bodies on the lightly used market that are available. The point is that the specs of the Canon camera and the price point seem to be off.

I think this will be a great camera, and deserves really testing before knocking it. Canon's color is always incredible, and holds up better than almost everyone else at higher ISO.

I was working with a crew on a TLC shoot this past week and the DP/operator are jazzed about it. It seems to be competing directly with the Sony F55 and other ENG-centric cameras.

More than half of the ENG and other unscripted shows I've worked on in the past two years are running C300/500's and they love how the images look. This seems like a more professional body for a similar Canon sensor (and gets rid of that fucking chinsy, plastic top-mounted screen).