Okay, I feel guilty already. I love Nikon, and Canon has their perks, too. But I really do hope both companies can take a clue from Sony. The a99 is a hell of a camera -- read on...I promise you'll be pleasantly (if oddly) surprised.

Unfortunately, I saw somewhere that the viewfinder is an OLED electronic viewfinder. While these are supposed to be awesome, my experience with similarly acclaimed viewfinders has been less than stellar -- and since it's what you're looking through 99% of the time you're shooting, it's pretty important to have a great viewfinder experience. Maybe Sony cracked the viewfinder, though -- you know, the way Steve Jobs supposedly 'cracked' the television (we're still waiting on that one, Apple).

All in all, that's a hell of a camera. I've heard some complaining about Sony's lens line-up, among other things... But you know that if this was a Nikon or Canon (whatever camp you're in), the pre-order would be filled in two seconds, flat. What do you guys think? 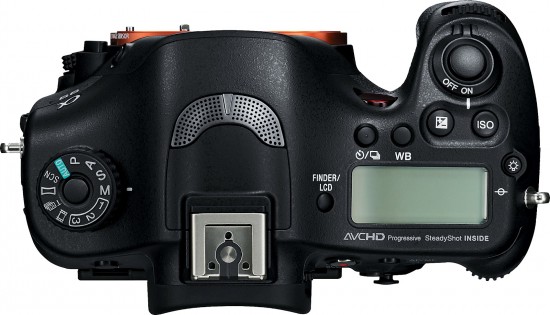 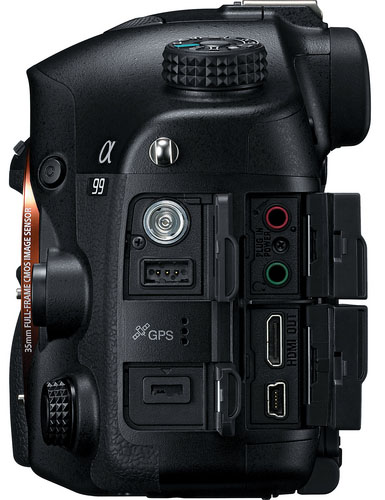 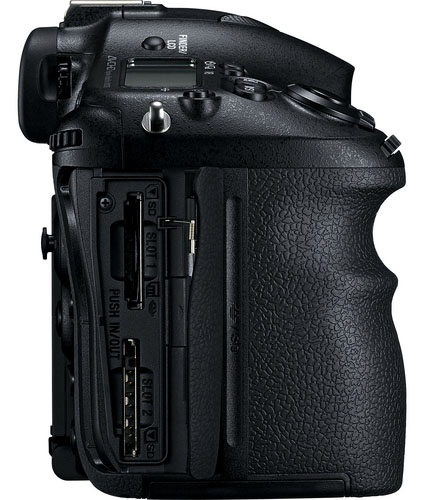 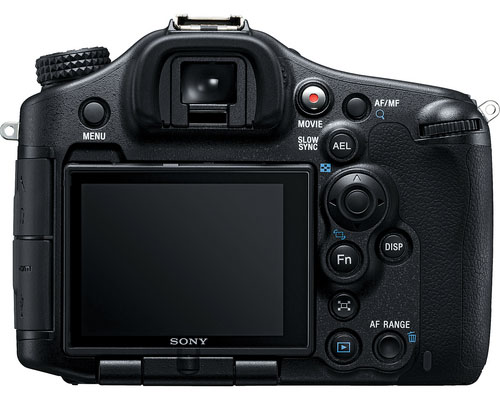 What flash shoe is that? I'm oblivious to Sony as a camera maker but did they just give up their dedicated connector?

That's a standard iso hotshoe but with some special connectors at the front that only the sony speedlight will use.

OLED, dangrous for accuracy, bottom mounted LCD hinge, dangerous for structural integrity and useless with a tripod, dedicated Slow sync button? Puh-lease! Joystick that sticks out? How long will that last? ISO to 25,600? Err... that may have been impressive 5 years ago... Oh and haha I almost forgot.. Non-standard flash hotshoe and SLT!? No thanks, I'll pass ;)

It sounds to me, that you have not ever tried a Sony A77.
The LCD is NOT hinged at the bottom, it is hinged at the top of the camera, so no problems with tripods. Most of the buttons on the A77/A99 can be customized, so AEL button can be used for other functions. I have had 4 Sony's with joysticks that sticks out, and never had any problems with this.
Top ISO is not relevant for 99% of photographers, what matters is the maximum usable ISO. I doubt many photographers use more than ISO 12800, except in very extreme situations.
The flash shoe on the A99 IS the ISO standard hotshoe.

OLED VF can give you exactly exposure you're at, it's also more than enough for me to check WB as well, if you ever use A77 or A99 to shoot events, you have no time to recheck the LCD like in the conventional DSLR which has the flipping mirror technology for over 40 years (and the OVF might be existing for 100 years or more?), if you want to be left behind in technology, go ahead ;) btw, tiltable LCD can help my back alot not to duck down all the time, lol

I haven't had any problems with the OLED on my a77.

The whole display swings up, no problem with tripod!

I'll get one and run it along side my a900. Also in the press release they mention a new sony zeiss 50mm which is definitely on my to buy list.

I like that the joystick sticks out, makes it easy to find in the dark!

I found the OLED on the a77 great, if you stop trying to work out what is wrong with it and actually use the camera for what it is intended for... Taking great pictures... anyway, it's all about the skills not the camera... right?

If these specs are real, then it should make a great video camera with use of an external recorder like Ninja2 with full frame sensor and clean HDMI out.  I hate sony with a passion, but this camera has my interest.

The thing with cameras nowadays is you're not buying into the camera, you're buying into the lens system. And the Canon/Nikon systems are the most well stocked quality controlled glass. I can't even recall the last time I saw Sony glass for rent at an online rental house. When they make a quality glass line that give Canon and Nikon a run for their money then things will get interesting.

Stefan, isn't Sony the only company that offers Carl Ziess lenses specifically made for the Sony line of cameras?
Ziess is some top notch glass bro. :-)
Take a look and see what you think. Let us know what you find out.

I'm looking for a small full-frame body which will live permanently with a 50f1.4. Preferably with slightly better AF than the D700.  Maybe this is it? I wouldn't have to worry about the system if the new 50mm and the AF is good enough. Maybe it's the D600? Maybe my D700 is good enough still?

you will love a stabilized prime. Sony with sensor shift stabilizer, works with any lenses

Sony is playing aggressive this year... and I DIG IT! What a great move for Sony; what an opportunity for photographers.

They have to, what with their feeble sales and massive losses. But like I said in a piece a while ago, it's when you're back is to the wall that you either fight or give up. Sony's looking to fight.

How could I part with my Canon glass?

Sorry if it looks funny. But I'm excited about both in any case :-)

If D600 comes out at a $2k price point, most enthusiasts will probably stick with Nikkor glass and proven AF, in lieu of A99's tastier video specs.

If I hadn't already invested thousands of dollars on a dozen Nikon lenses, I'd jump ship for this camera.

Here's a field test with plenty of sample images and footage:
http://www.youtube.com/watch?v=AjEwsnwbwbs

The specs are great and all...but it's still a Sony.

cool! yes it is, you reminded me Hyundai couple years ago.

I still shoot a A850 with a $100 Minolta 50 mm 1.7. I'm pleased sony is finally making another effort at the FF market. Its not about features and functions that make an exceptional image. This I know from shooting the A850 which is the same image as the 1ds mk lll. Unlike most people in here, I'm not partial to any brand, I use whatever gets the job done. I even considered the D800. The Mk lll was a let down. And the price is modest. You guys are too caught up in the fanboy phase. My co worker uses a D800e, and his perception changed after trying my A850. The build is amazing, and its colors are true. So if they incorporated that image quality into a new, sleeker design, with CZ glass. I'm down to give it a shot. Check out my work to see what you can do with a primitive designed FF sony camera, a 50mm film lens, and natural light. Technique is in the shooter, not the equipment.

I'm glad you have this news, I used to shoow

I'm glad you have this article, I used to shoot with all Canon gears but even the 5D couldn't beat color tone and dynamic range, sharpness of my Sony A100, so I decided to switch to the A900, the beauty of Sony is in body IS, so you can basically use any lens with IS. 2nd thing is COLOR!