If you've got a Fujifilm X range camera and you've switched from Canon, it's been a pain leaving Canon glass in the cupboard. Fujifilm lenses are also expensive, so the transition period used to be tough, until the Fringer EF-FX Pro II adapter.

I've got all these Canon lenses, but the adapters I bought didn't give me the ability to change apertures or use automatic focus. This adapter makes it possible and does it so quickly that you might not ever need to buy Fuji lenses in future.

The modified adapter was released in April 2019, and it now has a more- ergonomic aperture ring than its predecessor. With a lens attached, you've got all the same focus functions you'd have with a regular Fujifilm lens, and the focusing is fast. It's a pleasure mounting my 50mm EF f/1.4 Canon lens. It's small and won't draw that much attention. One of the advantages of the Fujifilm cameras is that they look like film cameras, so people don't take them too seriously or give the impression of invasion of privacy if you take a picture of them.

What I also like about a 50mm on the cropped APS-C sensor is that when looking through the viewfinder, it's somewhat close to how you see it naturally. So, it's about the composition and whether you are able to frame things in your mind from where you're standing that will make for some great images. It's the lens I have on my X-T20 almost permanently.

To test it out, I took my camera with me on a day which I spent at a WeWork co-working space in Paris. The area is rather corporate, but along the way, there are a lot of modern buildings, which are hard to find in Paris. I also knew that the WeWork offices usually are well decorated, so I could do some architectural, interior, and street photography all at once. I took the 50mm and an old Canon EF 17-35mm f/2.8 for a wider shot.

The images hold the metadata of the newer lenses, and there is some data transfer even with older lenses like my 17-35mm. 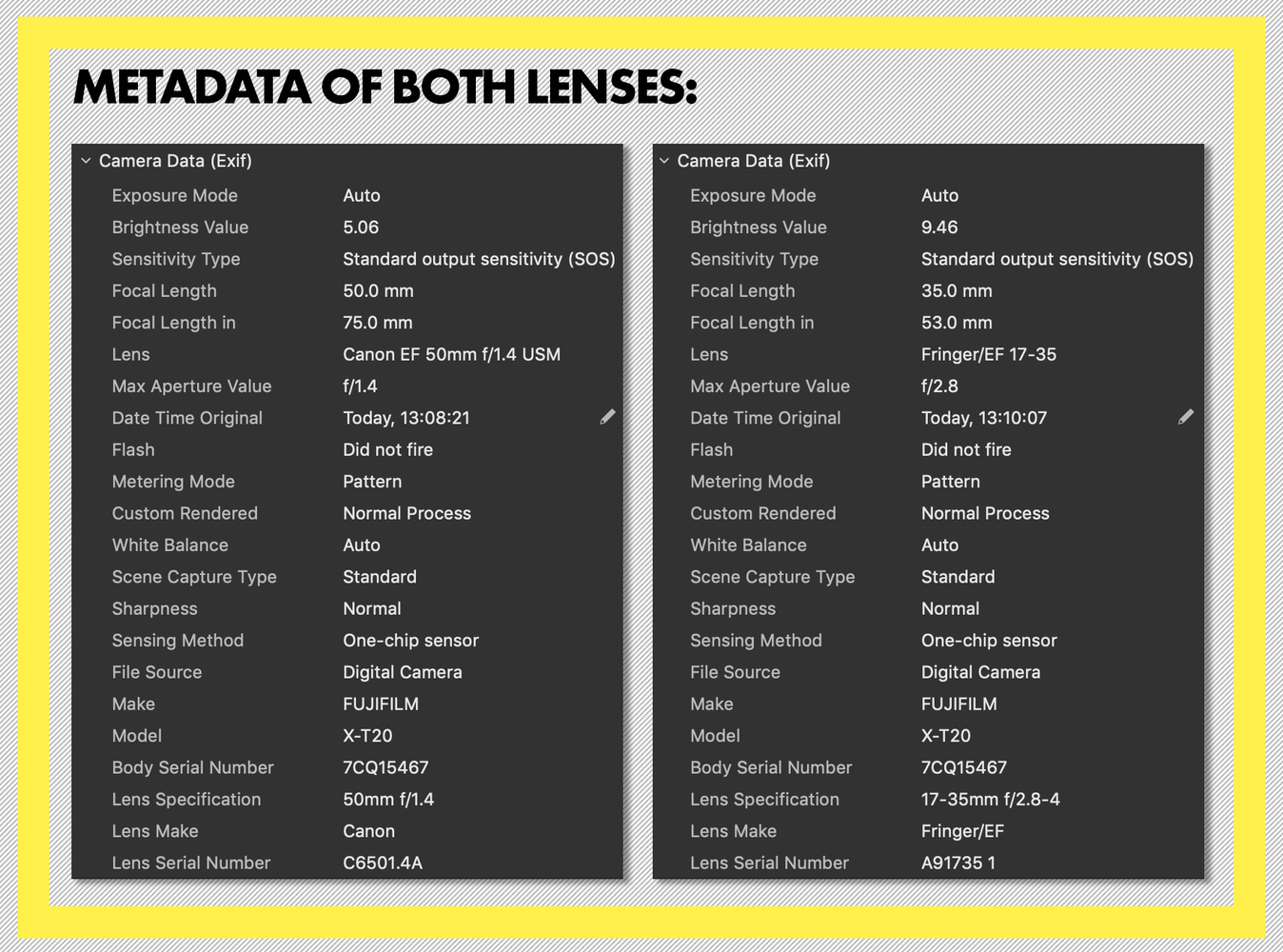 Once I made my selection, I pushed contrasts and chose the color tone of each image.

I tried and failed at achieving a good motion blur in these images, but the focus worked, and I'll surely become better at this as I go along with the new adapter and Canon lenses.

This was to see how well the wide angle lens performed. I think it did pretty well, and I'll surely use it again.

Sometimes, it doesn't focus, especially with the 17-35mm lens. It happened mostly when I was zooming to the lens' maximum and when the aperture was at its slowest. The aperture ring is apparently in a better position than the previous version, but for me, it's still slightly too close to the body of the camera.

It's got a Micro USB input to update firmware. This means that it should work with lenses that'll be released in future as well as lenses that are not included in their list yet.

If you're in the market for a good adapter, this one will do. Get it here.

If you want to check whether your lenses will work, you can go to this link. 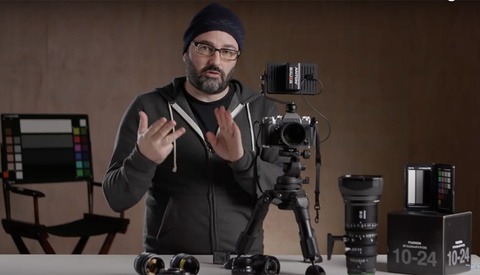 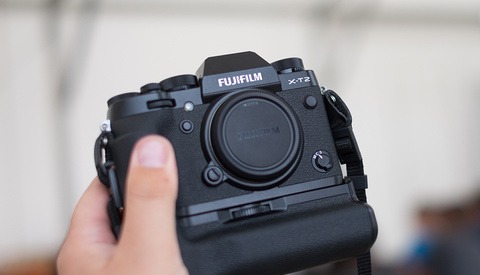 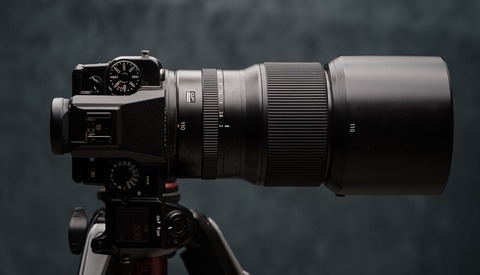 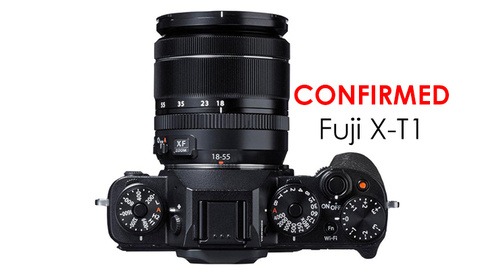 I switched from Canon to Fuji but I sold off all my Canon glass... I don't see any advantage to moving to a system that is small and light and taking a bunch of heavy lenses with me.

And... I also made a decision to sell the glass first and the body last as I figured out here in Thailand, that the 16-35 F2.8 L MK II was going to be the toughest thing to sell. I wasn't wrong. It took 3 weeks to shift. The rest of my L-series glass went in a day and I had so many offers for the body that I could have sold it 50 times over (I may have sold it too cheaply, to be fair).

It did all pay for my two new Fuji bodies and 7 new lenses though. My changeover cost was next to zero. (Though I've spent a few bob on new accessories for them since).

I’d find it interesting for Tilt Shift options which currently are lacking on a Fuji X. Unless you use Nikon with Kipon adapters but then you cannot control the aperture... so you gotta preset it

I wish there was a Nikon version.

Thanks for the great review.

This really is a wonderful way of transitioning between Canon and Fuji.

I predominantly shoot with the Canon 5DmkIV but wanted something that is easier to lug around outside of a commissioned shoot.
The Fringer EF-FX Pro II smart adapter has been excellent with all my L glass though, depending on the lighting, the focus can be a bit slow at times.
I also find on my X-T2 that the focus can slightly miss until I refocus a couple of times.

The newer Fuji bodies have improved autofocus which directly translates to faster focusing, even with this adapter, so I'm sure that results will vary.

I do love that it recognizes the IS in the lenses as well.

The smaller Canon lenses feel great on the X-T2, but most of the time I will use the battery grip as it balances out the weight better. The larger lenses make the camera especially front heavy.

In certain lighting situations, I actually prefer to go full manual.
On a whim, I tried Canon's cheap nifty 50mm f1.8 lens.
Unfortunately, it didn't go well. The autofocus can be heard audibly grinding and it seems the lens gets confused about which way to turn to find focus, at times locking up and requiring me to manually fix it which makes me a little nervous.
Once again, it's easier just to switch on the manual focus with this particular lens.

Image quality with this adapter with all my Canon lenses is excellent though.

I'm very happy with this solution and exceptionally glad to be able to use all my Canon glass with both systems.