Fuji Refocuses Away From Photography

Fujifilm — the clue is in the name, except it isn't. Fuji was a behemoth in the film world, with Kodak its only rival. And then film went bust, and Kodak rapidly followed suit. Meanwhile, Fuji evaluated its business position and refocused principally around the healthcare sector and document management divisions. The architect of this remarkable turnaround was Chairman and CEO Shigetaka Komori. His retirement in March 2021 has precipitated changes that could have repercussions for its Imaging Solutions division.

In the mid-2000s, Komori implemented the VISION 75 management plan, which saw the business undertake structural reform and target new growth areas. The millennium saw a peak in revenue from film, but rapidly imploded thereafter, and Fuji knew they had to reduce production, which ultimately meant closing production facilities. As part of that process, they audited their existing technological expertise to see how they might align with different business sectors and markets. Once these were identified, they could focus their research and development in these areas. Healthcare was a prime target that integrated existing imaging and chemical expertise to target medical imaging and pharmaceuticals (where they already had a presence). The scale of the change was dramatic; Imaging Solutions (almost entirely film) made up 54% of revenue in 2001, dropping to 13% by 2021, while Healthcare now makes up 48%. Revenue is one thing; however, operating income gives a better idea of how a division is contributing to the bottom line. Healthcare comes in at 65%, while Imaging is 9.5%. It's perhaps worth noting that, as a segment, Imaging is making money; there is nothing like a loss-making division to speed its closure!

Under Komori's leadership, Fuji's cameras have been favorably positioned within the business even if they haven't generated significant revenue and income. New CEO Teiichi Goto took over the reins at Fuji in May, and we are already seeing signs that while he has inherited the same strategy from Komori, his focus may well be different and it's possible that COVID has simply accelerated the shift that is becoming apparent.

It is notable that — to give it its full name — Healthcare and Materials Solutions was the only segment to see a rise in revenue in the previous financial year. The division represents three prongs of Fuji's most successful business elements: medical diagnostics, pharmaceutical manufacturing, and materials for chipmakers. At this point, Bloomberg paints a bleak picture for the photography business, quoting Goto as saying:

Healthcare and semiconductor materials will be our future earnings drivers

Goto has been at Fuji for 40 years and worked in medical systems prior to taking the top job so is intimately acquainted with the business. However, he sees contract manufacturing as where lower-risk growth is attainable, both in the pharmaceutical and semiconductor businesses. As Reuters notes, as a contract development and manufacturing organization (CDMO), it would make pharmaceuticals for drug developers and mitigate the risk that it has seen trying to certify its own Avigan for COVID-19. Expanding in the US and Europe would be key to this development and it recently announced an $850 million investment in its US sub-division which is the spearhead of an $11 billion plan over the next 3 years.

Regarding the film and camera business, he stated that he would continue without selling the business. "It is also a succession of culture and will continue. In ESG terms [Environmental, Social and Corporate Governance], it is S (contribution to society)."

While superficially heartening, it highlights the oddness of Fuji's current business structure in which Document Solutions and Healthcare Solutions have had near equivalent revenue; last year, Healthcare edged ahead, and the expectation from Goto is that this is from where post-COVID growth will come. That Healthcare and Materials are grouped together — with Imaging left out on its own with just 13% of revenue — is an odd situation and a hangover from its film days. Imaging Solutions is now a small division in a very large business that only has three divisions in total. That it hasn't merged with one of the other two divisions suggests that it is deliberately being kept separate.

Goto also suggests that the continued support for the Imaging Solutions division is because it is a part of their heritage and that it contributes to society. It does appear that history dies hard and that Imaging Solutions may well be a labor of love for Fuji, who can trace their film manufacturing heritage back to 1934 and camera manufacturing to 1948 (in the form of the Fujica Six). However, the division's contribution to society does seem spurious; however, it is undeniable that it contributes to Fuji's bottom line, and — unlike Nikon and (probably) Pentax — it isn't losing money. 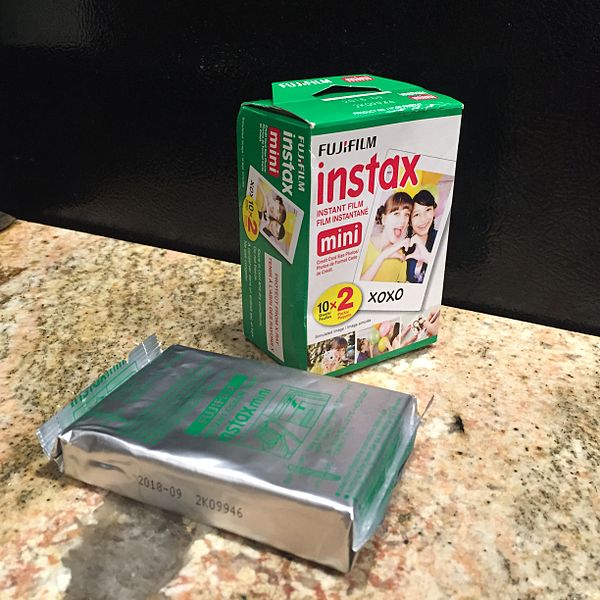 This only goes to highlight that Fuji is no longer primarily a camera company, even if the cameras themselves are modestly successful and make a profit. All of this suggests that if they pay their way, they will be welcomed as part of the Fuji family. That the X Series and G mount cameras are being actively developed is encouraging. In fact, of all the subdivisions in Imaging Solutions last year, Electronic Imaging suffered the smallest decline in revenue at 5%. However, perhaps the strangest — and most important — part of Fuji's success strategy for Imaging is... film! As I've commented on before, Fuji sold 10 million Instax cameras in 2019, more than the whole digital camera industry sold in 2020! More importantly, Instax camera and film sales made up 9% of that 13% of Fuji revenue, with just 3% from its Electronic Imaging subdivision. Is digital really paying its way? Who knows, but as long as Fuji is structured in this manner — and they make money — it appears to be business as usual.

Editorial Photography / January 14, 2015
How Camera Companies Are Doing It All Wrong, and How They Could Fix It
Log in or register to post comments
11 Comments

Remind me, which companies that make cameras are currently making most of their revenue from ILC sales? Not Sony. Obviously not Nikon or Pentax. Not Panasonic. Canon is probably making more elsewhere as well. Leica? Hasselblad? RED? Sigma?

The last substantive article I read on Fstoppers was also from Mike Smith. This was a good read, Mike.

As for Fujifilm, I love that their corporate culture embraces photography as public good. It will take a while before we know if the new CEO is just paying lip service to this concept. Given how long he has been with the company, I am optimistic.

One recent technological advancement the company made is their new high volume storage tape, with data storage being at ridiculous levels now I can see this product also providing revenue for them.

On the imaging front, you have to wonder if they are keeping it alive purely because of the additional research it can provide. An X-T4 might not look like anything else but a camera, but I’m willing to bet the tech they develop to put inside has usage for many other areas, same with the optics. This is not exclusive to Fujifilm either, I guess the same applies for the imaging divisions of all these companies.

This isn't new for camera companies Ricoh the maker of Pentax and the GR is best know for photo copiers, Canon has already made a similar switch, and Sony and Panasonic make literately every thing electric. The only company that isn't like this is Nikon who never transition out of optics since it was a member of the Mitsubishi Group

I believe Nikon is pretty strong in the semiconductor stepper business.

It's interesting that almost all the talk on forums is about who is selling the most cameras (of whatever kind). What I read is that no matter how many cameras a company is selling, the bottom line is the bottom line. In other words, does the investment in that aspect of business (cameras. lenses, film) justify the costs or could that money, even though profitable, be put to better use somewhere else? Olympus made the latter decision,i.e, reinvest elsewhere. And heritage be damned.

Word on the street wss that Olympus top brass were perfectly happy runn8ng their Imaging Divison as more or less a hobby rather than a business. Shareholders, on the other hand, were not happy with that, and finally pressured Olympus to split our that division of the company.

Olympus might have been the critical size for this to occur... they have a very successful, prettyvlarge medical gear business. I'd bet Panasonic is large enough to keep cameras going long as they desire, though they don't have that that tradition going back to the 1930s or so... letting unprofitable things go might be easier. Nikon might be a similar position to Olympus.

At any of the big companies I worked with, a product line responsible for "just" 13% of revenue would have been one of the crown jewels.

Japanese business culture is not like American business culture.
There are more companies in Japan over 200 years old than anywhere else in the world.
Longevity and continued operation are much more important than in the west.
Likewise, employers feel a sense of duty to their employees, as there is a lot less jumping ship for better offers in Japan.

Japanese businesses are considered a success if they continue in business, paying their employees and preserving their heritage. Expansion and profits are not even goals of some types of companies.
Contrast with American companies that could be doing great at paying everyone and keeping the doors open, but are considered failures because they do not expand their market share or pay revenue to share holders.

Keeping the film and camera business is their contribution to society? I like film and cameras, but they should be doing something more important than that, for the corporate charity side of things.