The tripod is an essential piece of gear for many photographers, and as they become lighter and more portable they become less of an inconvenience to carry. Gitzo has just released a sleek-looking line of travel-friendly tripods that aim to be smartly compact while increasing stiffness and performance over previous versions.

The new Traveler series tripods use Gitzo’s Carbon eXact tubes which were introduced to the Mountaineer line last year. Carbon eXact tubes are made even stronger and stiffer than the previous Carbon 6X tubing that was used. Updating your tripod into a new carbon fiber technology typically means you’ll see more weight savings while at the same time actually gaining more stability and strength and a higher load capacity. This has to do with the developments being made in carbon fiber composition and how to best compress and wrap the carbon fiber material to achieve these desired results.

Gitzo Traveler Tripods also feature legs that fold up 180 degrees and wrap around the center column and head to create a very compact package compared to legs that can only close down and in.

New to the Traveler series is an improved compact leg lock system which allows for taller extended tripods without sacrificing the folding length. Gitzo says that the “new curved external form of G-lock gives users a good grip, while the internal O-ring achieves softer operation and reduces dust and grit from entering the locks and hindering operation.”

You can learn more about each Traveler series below.

Series 0: The slimmest Series 0 (GT0545T) has been added to the Traveler family for the first time. It features slim legs and is the lightest in the range, but does not lose its rigidity due to Gitzo’s new Carbon eXact tubes. This four-section tripod has the shortest closed length of 14.4 inches but can extend to a maximum height of 48.2 inches. The Series 0 Traveler Tripod can accept a maximum payload of 22 pounds weighing at a mere 2.0 pounds.

Series 2: The Series 2 four-section (GT2545T) has the largest tube diameters of the Gitzo Traveler Tripod family and is ideal for photographers who use longer lenses and require the utmost stability and torsion rigidity. The tripod can accept Gitzo’s optional feet, including spikes and large feet. It reaches a maximum height of 60.8 inches, weighs 2.9 pounds, and can accept a max payload of up to 26 pounds.

The updated Gitzo Traveler tripods are available now through B&H: 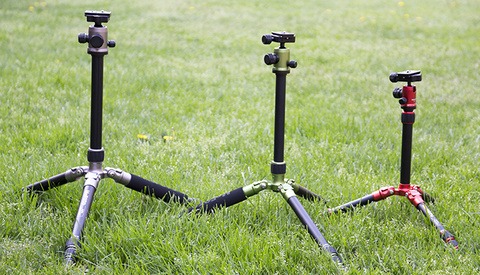 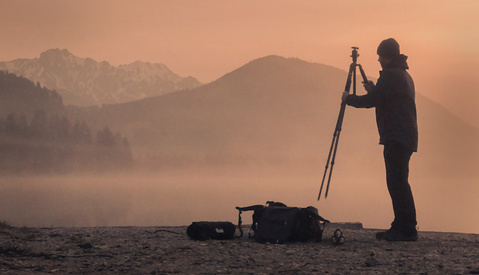 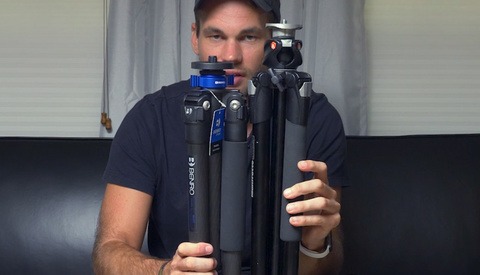 Gear / October 9, 2017
Our New Favorite Tripod Is Actually the Most Affordable We Tested 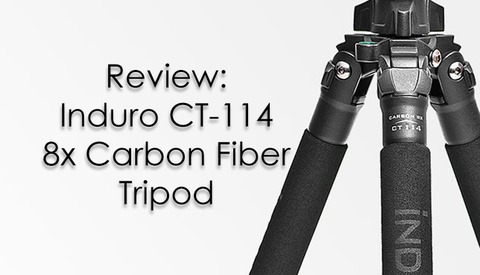 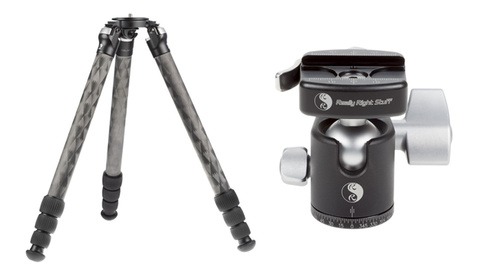 Thats what I wanted, I ended up getting an Induro Carbon Fiber tripod with a half bowl head mount, which comes with a hook. And you can always replace the flat half bowl head mount with a geared head which also has a hook. And it was tall enough at 63" without a head, and you can still go taller with a geared head swap. (Best thing was the price, I picked up last years model for $250).

Carbon fiber is just that, a fiber made of carbon. ALL the physical properties of the finished product are in the angles between the fibers, the type of resin used, curing times, amount of layers, etc...

Maybe they are comparable, or maybe they are not. But you can't simply say they are by looking at the hinge design and the fact that they are carbon fiber. You need to look at how they handle vibration, static weight, etc...

Sadly, they are no standard to test those things so we are in the dark.

Hooks are optional if I remember my retail salesman days. The bottom part unscrews and you can replace it with one with a screw. I agree, at this price, it should come as standard.

If not, they sell a "ground level kit' that shortens the center column and hads a hook to it. Kinda weird because of you are close to the ground, you have no more space to hook weights...

I've been using the Series 2 Traveller tripod for almost a year now, and it has been surprisingly sturdy, even all extended in moderately windy conditions with a not-so-small setup (6D + 70-200II). Kudos for Gitzo if they indeed make it even better.

So... Are Gitzo tripods really the best money can buy? They sure are expensive but if you think in terms of lighting there is high end and then there is ultra high end.