The HP ZBook x2 Review for Photo and Video Editing

Ever since HP announced the Zbook x2 portable workstation PC I have been eagerly anticipating its release. With the integrated touchscreen and Wacom EMR stylus functionality, it looks like an intriguing product for photo and video editors alike. Could this be the best portable laptop available for creatives in 2018?

Before we begin, let's take a look at the specs of the machine I ordered, which is currently the best ready-to-ship model that HP offers. Inside is a 2.8 Ghz Intel Core i7-7600U dual-core processor, 32 GB of memory, a 1 TB SSD hard drive, NVIDIA Quadro M620 (2 GB GDDR5 dedicated) graphics card, and has Windows 10 Pro 64-bit installed. Featuring a 14-inch 4K touch display, it weighs 4.78 pounds in laptop mode) and 3.64 pounds in tablet mode. Battery life is expected to be up to 10 hours. 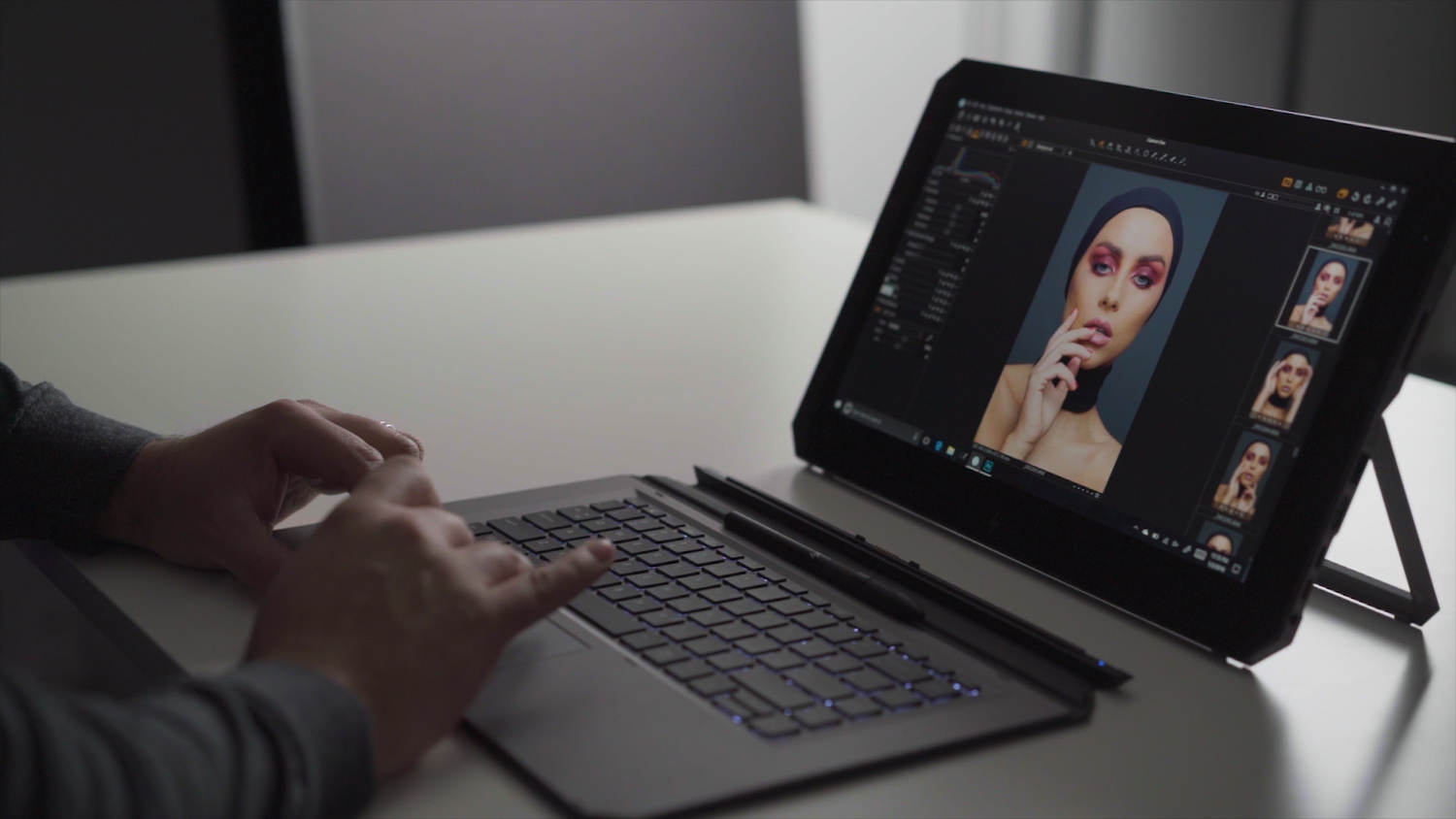 Working in tablet mode with the detached keyboard

The HP ZBook x2 has a number of features that I have been looking for in a portable workstation. The touchscreen and pen combo works great, and thanks to the 4,096 pressure-sensitive levels I can do serious retouching in Photoshop with accuracy and precision. As a Microsoft Surface Book user I can say that the pen technology that HP is using (by Wacom) works much better than the stylus for the Surface and is actually viable for professionals to use.

The screen looks fantastic as well. The inclusion of a number of color profiles (Adobe, SRGB, and Rec709 to name a few) and 10-bit color ensures that my photos and video will look the way I want them to look when publishing them to the web or anywhere else.

The hinge on the tablet gives you a lot of versatility as well, and I found editing photos and video on-the-go much more tolerable.

My favorite experience with this device are the integrated quick keys, which makes accessing the most commonly used shortcuts in Photoshop easier than any other portable touchscreen laptop that I've used.

As with any tech product, there are going to be some cons. The first one that I noticed immediately upon turning on the device was that I had some backlight bleed in the top right and left corners of the screen. You really only notice it when the screen is completely black, but it's there nonetheless.

The speakers were also a major disappointment. HP included speakers made by Bang & Olufsen, which one would imagine should sound amazing considering they are one of the best audio companies in the world. In reality, the audio coming from the speakers have a tinny sound. Maxing out the volume at 100 percent doesn't actually sound very loud, especially when comparing the volume to the speakers on my Samsung Note 8. A smartphone with louder speakers than a laptop? C'mon HP, you can do better.

Lastly, the biggest issue I found was the performance of the processor. Having tested it against the older generation Surface Book and 2016 MacBook Pro with Touch Bar, it was only slightly better than the Surface and slower in most respects to the MacBook Pro. They decided to include a dual-core, four-thread Intel Core i7 processor versus the quad-core i7 processors found in the latest generation of MacBooks. Hopefully HP decides to upgrade the processor soon. 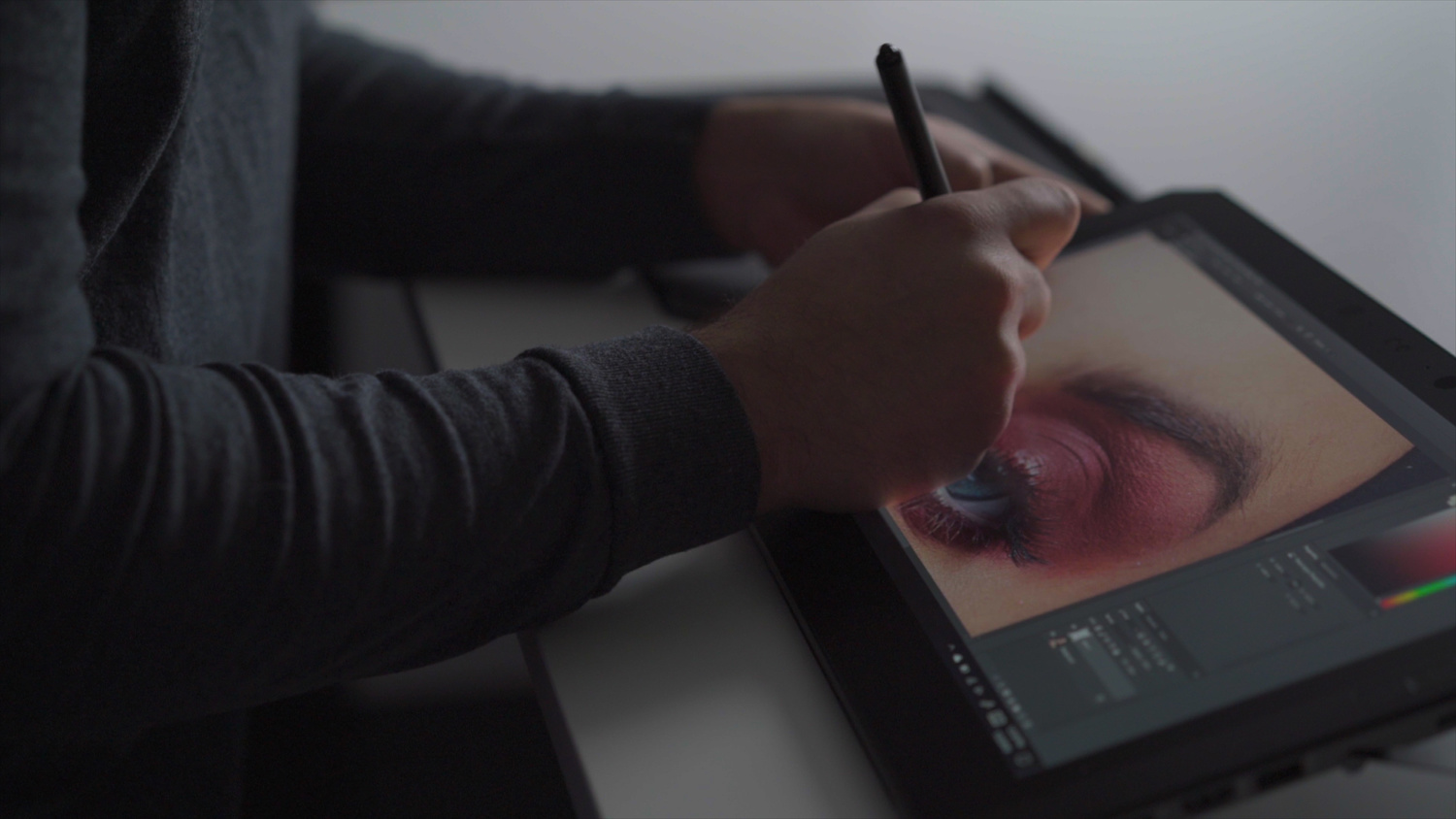 If you're currently using a laptop that doesn't offer a touchscreen and pen combo, then this may be the best experience you will find editing photos and video on the go. It's the one parlor trick that I think will keep creators happy and will raise the standard for your future laptop purchases. At the time of this writing there aren't many options out on the market that give you everything that the ZBook offers you in a single, portable package. For this reason alone I will likely end up keeping the Zbook x2 until a newer, faster model becomes widely available.

Gear / November 12, 2018
Reviewing the Four Laptops We Use at Fstoppers

To do the same in the mac eco system all you need is any recent Mac (laptop or desktop) an iPad pro and Astropad Studio software which is $ 80 per year. And an Apple pencil. Astropad Studio supports any keyboard that works with an iPad. And any number of programs. The standard Astropad software only can be set up for 1 program and has no keyboard support. So 1 new windows device a convertible or 2 Apple devices ? The windows convertibles look to be 2 core cpu's, you pay for a performance loss with the convertibles. Someone will post about a windows version of Astropad and I say ask Astropad. I have tested the regular Astropad and am thinking about selling my wacom tablet.

Ohhhh nice, I like that they're small and you can draw right on them but the bleed and processer would drive me nuts

Hi, Miguel. Do you know where I can get some unedited pictures (full size) of this machine? A friend of mine is interested in getting one of these laptops, but most of the pictures online have already been retouched. We would like to see what this machine looks like in real life. Also, if you have heard about some problems with this machine, please let us know through private message. I am looking forward to hearing from you soon.

Hi Miguel, I just purchased the Zbook X2 with maxed out specs. Excited to start using it, but wanted to know if the screen scratches easy? I've been using Intuos Pro Wacom tablets for years, and they are notorious for scratching. Just wondering now the Zook holds up. That's my biggest concern.