Today I got an iPhone 6s and the only feature that really excites me is the option to shoot in 4k video. As I've said before, I don't care to export videos in 4k, I just want higher quality 1080p footage. I decided to do a quick test comparing the 4k capabilities of the iPhone 6s to the hottest camera on the market today, the Sony A7RII.

Being that one of the cameras was an iPhone, the test couldn't be THAT scientific. We decided to keep the Sony camera at ISO 100 and F8 (to get a similar depth of field). We tapped on the iPhone to focus and lock our exposure and then we changed the shutter speed on the Sony to try to match the exposure. We found that the iPhone's lens appears to be around 32mm on the Sony 24-70mm lens. Nothing is matched perfectly but it's good enough to compare.

We captured a few clips and came back to the office to review the shots. We were certainly impressed with the iPhone but the Sony was noticeably sharper the closer we looked. Obviously Youtube is going to destroy a ton of data with its compression so we decided to zoom in to 200% and 400% on each clip so that you can see the differences no matter what monitor you are viewing it on.

The Sony is better (as it should be) but the iPhone is still amazing, especially if you just want high quality 1080p footage. Editing this 4k footage has me rethinking my stance on 4k video though. Putting two 4k video clips on top of each other and editing off of our server (I know we aren't suppose to do this but we always do and it works fine) really slowed down my computer and my editing. I really don't need 4k footage, I just want super sharp 1080p footage. The iPhone's 4k footage looks amazing downsized to 1080p. It probably looks better than our Nikon DSLRs at 1080p, but we still need to test this.

I will certainly use my iPhone for professional applications when I need something quick but if I have the time I'm still going to reach for the superior Sony. The iPhone is an amazing step forward for the world of video and it's basically a free addition to a smart phone that you were going to own anyway. I'm excited to see what film makers are able to create with it. 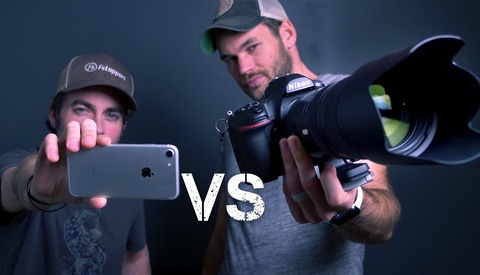 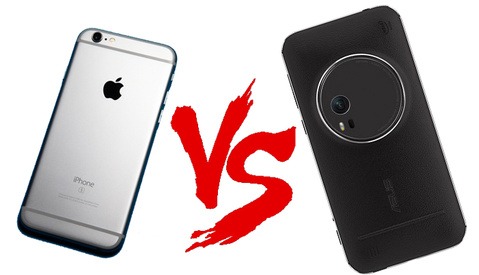 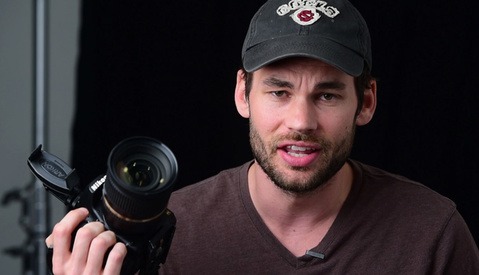 Thanks for the comparison. Most of us make videos that are viewed on YouTube or Vimeo. At some point we are likely making more work (and expense) for ourselves than necessary.

I believe that can be answered best by going back to yesterday's story about the $700k stock photo and creativity being at the center of visualization, and today's other article from another prominent photography blog about a Haiti short documentary shot exclusively on the new iPhone 6s.

If I'm allowed to, here is the BTS of the docu and the docu itself is in the comments.
https://www.youtube.com/watch?v=VtPYuWVsltk

Nice comparison, would've been interesting to compare the two in low light.
Also was any of the comparisons in 4K super 35 (crop) for the a7rii? Supposed to be much better quality without the pixel binning/line skipping

Nice and simple comparison.
What affects how much you can push in post? bitrate?

btw, isn't bitrate rated in Mbits, and not Mbytes?

You're right. I looked it up and saw a capital "B" on a website. That did seem oddly fast.

Great video, thanks for the comparison. Any chance you tested out the in body stabilization of both?

Sadly no comparisons of the many smart phones that were shooting 4k over a year ago.

Hate that I've become that guy, but wow.. Three iPhone articles in row two weeks after four rapid fire Apple articles. Bit of variety would be nice, or at least pretend other companies products exist. If the iPhone really is an amazing step forward for the world of video, I'd prefer to see it go up against its actual phone competitors.. because it just feels like an amazing step forward for the people who didnt realize they could of had a 4K phone before the original iP6 came out.

((@FS - see?! Told you they were gonna start questioning you're article decisions.))

Your and Brian Williams' concern and scorn should be aimed more at Samsung and the people/professionals that prefer those devices over iPhone.

Where are your (and Samsung's) comparison videos, pictures, documentaries, etc. "Shot on Samsung 6"?

There are some great devices out there that each does a few things better than iPhone. However, there are very few that do all things as well, as stable... and dare I say as well supported by the manufacturer and the app developers... than Apple devices.

Yeah... I miss RAW(!) and more megapixels on iPhones too. But again, the overall experience and service (Apple Stores and support services galore) of an iPhone is what I and many others take into consideration.

Samsung, LG, Motorola, Huwaei, etc.... need to step up to the plate for you guys first, and then you might start seeing more pros take the plunge and switch. Let's not forget Google's responsibility by requiring carriers to leave security and OS service updates to them!

I don't understand the hype. My Galaxy S5 has 4k and it came out over a year ago. It also shoots stills at 16mb and has RAW functionality. I would like to see a comparison between the 6s and one of the new samsung. . . if mine had this over a year ago, what too apple so long?

It seems to me that Apple does a great job marketing that 'They are the first' to introduce everything. But in reality, its not the case.

Why'd you use a zoom lens on the Sony?

These comparisons between a phone and an expensive interchangeable lens camera the past couple of years, almost always leave off the other side of the story. And I'm not even talking about extremes, I'm talking about in a living room at night time with just the room lights, or at dusk outdoors. They almost always exclusively show daytime comparisons.
In bright light basically all cameras look good now-a-days. Show what happens when the ISO on the phone has to go up to 400, 800, 1600...
You end up with so many people who don't know the rest of the story who point to the comparison and say "save yourself $3k and just get an iPhone, it's just as good!". Can we at least get an * ;)

Amazing what the 6s is capable of. I wonder how the slo-mo stacks up? The one thing, that may be obvious, is the way you can harness the true power of the a7rii with sony/zeiss lenses and the low light situations. Heres a music video shot entirely on the rii (except for drone) paired with sony/zeiss lenses and plenty of slo-mo. No competition imo. https://www.youtube.com/watch?v=q3iigMsWovY

For those of us with DSLR's like the D750, I'd like to know if we are better off using a 4K iphone as our primary camera or the DSLR. In situations where shallow depth of field is needed then one would obviously need to use the DSLR, but generally speaking is the 4k video from an iPhone better than the 1080 footage from a D750???