Nikon has just announced the launch of its much-awaited NIKKOR Z 58mm f/0.95 S Noct and the price tag is as crazy as the lens itself. Bravo, Nikon.

Nikon has taken an interesting approach to releasing glass for its new Z-mount mirrorless cameras, preferring to introduce more affordable, less “pro” lenses first and saving its premium glass for once the system is more established. There is one, exception, however: a 58mm, f/0.95, prime, manual-focus-only lens that, rather than being affordable, costs a tasty $8,000.

58mm at f/0.95 will almost certainly make focusing somewhat difficult but I give Nikon a huge amount of respect for creating this thing. With the exception of Fuji, Japanese manufacturers are rarely experimental for the sake of being experimental, but this lens is just that. 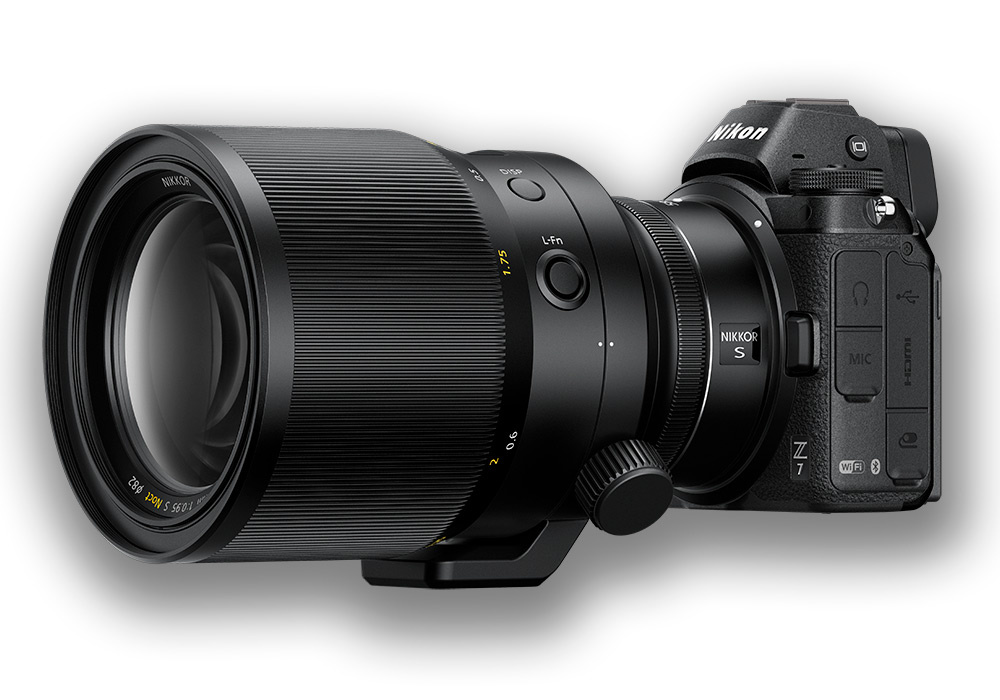 Antireflection coatings should reduce ghosting and flare awhile the high-refractive index of the front element is claimed to “dramatically” improve aberration correction.

The OLED display on the lens’s barrel shows aperture, focus distance, and depth of field. Bokeh is claimed to be “exquisite” and the sample photographs certainly seem to confirm that. Be warned, the words “creamy” and “buttery” will no doubt feature repeatedly as soon as this lens gets into the hands of reviewers.

Nikon Europe BV’s Manager Product Marketing, Dirk Jasper, is suitably passionate, stating that “it’s exciting to see the promise of the Z mount system be fulfilled so powerfully.” Unfortunately, to powerfully fulfill its promise, you will need to spend $8,000. If that’s not quite in your budget, you can pick up the NIKKOR Z 50mm f/1.8 for a mere $600 instead.

You can check out the press release explaining all of the features by clicking here.

Will you be buying one? Let us know your thoughts in the comments below. 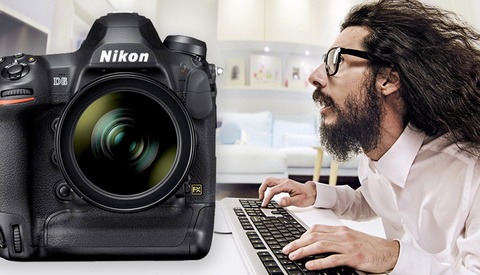 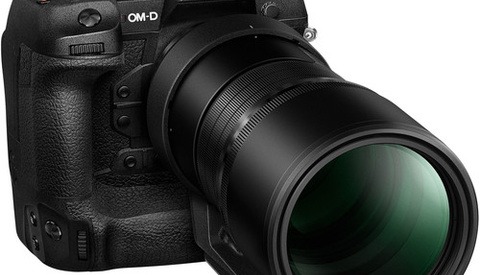 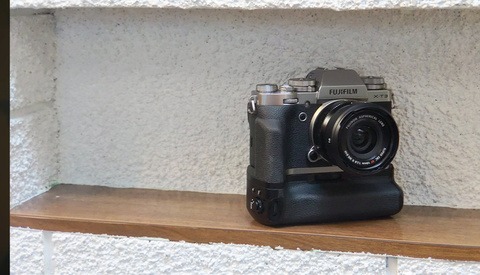 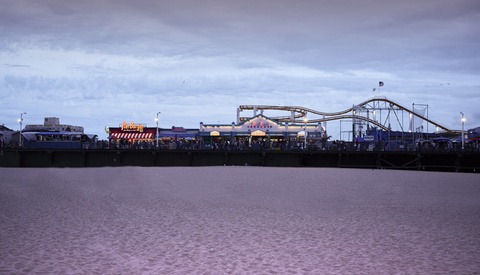 Gear / December 28, 2019
What I Wish To See From A Future Nikon Z 8 or Z 9 Mirrorless Camera
Log in or register to post comments
34 Comments

Cue all the ‘amateurs will never understand this lens, it’s for pros who earn money’ comments.

It’ll be the amateurs who buy it, because they can.

I beg to differ. There are photographers who wouldn't give a damn how expensive a purchase will be as long it will give them the best results.
With big clienteles, the ROI will cover the costs.

It's not for me. I would love a 58mm, because I like that focal length for primes, but I can be happy on a f/1.2 version of it.

This is a serious tool (or collectible). Clearly a show piece for the Z-mount and its world's widest diameter and world's shorter flange distance for 35mm sensor systems. It exists as a halo product and a conversation piece instead of practicality. Not unlike the old nikkor lenses of decades past when in the film days, nikon would produce lenses just because it could. Like a 6mm fish eye with an FOV of 210 degrees, or a zoom lens that reached from 1200-1700mm. This is old nikon at its finest and it is great to see the Z-mount is proving it can do all that it needed to do.

I used it on Monday at a Nikon workshop day I was part of. THE European pre-production one that was in and back out the same day.
A statement of technology rather than a practical lens. At that price? They’ll probably sell to the people who want things, not need things.
Me, definitely passing.

I'm really struggling to understand who this lens is for. It feels more like a Nikon flexing to show off what the Z mount can do, but what sort of photographer really needs this lens to accomplish what they want?

- If you are a portrait shooter looking for crazy Shallow DoF then an 85mm 1.2 or the 105 1.4 is going to give you more or less the same Bokeh as this lens at a more pleasing focal length for portraits and at a fraction of the price. You can even pick up a 200mm f/2.0 for cheaper than this and make insane bokeh.

- If you are an astro and/or landscape shooter, this lens is cool but it isn't wide enough to really do much with landscapes. Do you really want this over a wider lens that is 1.4?

- If you need extreme low light performance (wedding receptions in the dark, for example), I can't see the difference between 1.2 and 0.95 making a huge difference 99% of the time but I can see the lack of AF and bulk of this lens being a burden.

So, who is this for? When I think of a high priced lens like this, I think that it has to do something special that the photographer would be unable to do otherwise so that the investment pays off in providing their clients with something exclusive that other photographers can't deliver on. I just don't see that here though, instead, I see a lens that does something unique that isn't really useful. I'd love to be proven wrong though as it is a very cool lens.

Personally I'd have been much more interested in a second generation of the 58mm F1.4 on the Z mount that retained its beautiful micro-contrast and rendering but with better sharpness wide open. Which this lens sort-of tries to do but $8000 for a manual focus lens is very different than $1600 for an AF lens. Also, the size is ridiculous.

I will answer your question. This lens is mainly for Nikon to be able to show it off and swing it like a big penis in front of everybody's face. It's not a product (certainly not a profitable one). It's a statement.

Absolutely right, and there is nothing wrong with that.

It's similar to automotive business, it's like a Halo Car. It's like a prototype or a concept that the public can buy if they want it.

The difference is Halo cars usually do target a small but existing market. They are a cool brand flex but the brand also knows that there is a market for performance sports cars. The Halo cars that have no real market usually are just concept cars that never go into production.

This lens feels more like a concept car than a halo car. Something that nikon should have built a prototype of and danced it around the show circuit but never put into mass production until they figure out how to produce it far more cheaply and with AF.

I think you’re missing the point here Ryan. If it was mass produced, it would no longer be special.

I'm pretty sure there are people who would actually want this lens. $8,000 is overkill for many, but there would be a few who wouldn't mind paying that much because their clientele's budget is enough to cover such expense.

It's for Leica user ;)
I believe they just released this lens a concept to show off and play the aperture game. Canon did in the 80s when they released the EF mount. They came out with some crazy lenses such as the 200mm f/1.8.
And we are covering the story so it works.

If the cost is to high, you can always rent it. It is a tool for specific tasks. Awesome lens.

Care to enlighten us to the 'specific tasks'?

At first I was like many who said its stupid and who cares. Its crazy expensive. But I realize to just laugh it off. From the samples, I dont think it can perform as good as its price tag. But ill wait and see some raw images to assess. Im sure it will be nigh level, though not worth the money to performance level. I think the bigger issue is people getting the best performance out of it with bad technique. Shooting at such shallow dof in mf? Its spray and pray time. Well all wait and see

Crazy lens? YES.
Crazy good lens? Also yes.
Crazy price? Not so much, nothing comes close to its performance at that f rate.

If I shot Nikon and had the budget, I'd buy one just to have fun with it.

LensRentals will be your best friend if you're hot for stuff like this. I'm a lucky guy, I can live with f/2.8 bokeh and don't suffer from bokeh psychosis...

Haha yeah I’ll join that club, I even have f2.8 on those amateur APS-C things

Voigtlander has their (4) f0.95 Nockton lens for m43, and no where near this price. Sure, they're manual lens's, but comparing $1000 to $8000, seams to me there is some heavy profits built in to this lens. And the Voigtlander lens's are fantastic lens with a great look and character, but they are priced IMO at the very highest level of product being worth the price.

I would suspect if you compared the two side-by-side, you can probably see significant differences.

This is also really a special order lens, even if they will be building some for stock. The extremely low volumes this will sell in, along with the status these are hyped for, will always dictate a significantly higher price point.

FF coverage requires 4x the glass of m43, my guess is that is a lot of the price difference.

What if you get a bad copy of this lens what’s Nikons reassurance regarding giving it back for a better copy? Has anyone seen Nikons satisfaction guarantee?

It’s apparently the way of saying ‘a defect product’ I never could understand why the work ‘copy’ was used. A bit like how some people refer to a very complex lens assembly as ‘a piece of glass’

Anyway, I think Barry was taking the piss. If you bought one of these lenses and it was defect actually defect.. I can’t seem them leaving you high and dry with it.
You can bet your shallow depth of field they are going to get plenty of people claiming ‘my copy is bad’ due to user error and not grasping the fact that shooing MF at F0.95 you are very likely to have one mosquito testicle sharp and the other out of focus. The nature of the beast.

that was the point i was getting at:) isnt this the case with every lens, regardless of price. i have a £200 Samyang 12mm f2 and all i read online is how soft it is, and how much their 'copy' was a bad one etc.. a couple of my best/most popular shots are taken with that lens and they are tack sharp. Now im not saying im an expert or anything but you have to wonder just how bad these 'copies' are dont you.

People liking to feel they're in control, exercising their right to insist something is exchanged because it's not functioning correctly. Usually it's user error but its never user error because the customer is always right. :) I hear you, I had a Tamron years ago, someone I know exchanged his 3x saying it was no good. Yep, I really wonder.

Yes, and my Sigma lens, and the ones my photo bud owns are all working fine, yet they are supposed to be shocking for quality control... i dont doubt there are faulty lenses on the market but not to the extent you see online.

I even saw someone say they had a bad copy of the Fuji 16-55 f2.8 because it was soft in the corners etc etc.. i mean you have to just take that with a massive pinch of salt dont you haha.