In what is becoming a predictable trend, Sony joins a list of other companies bucking the tradition of making product announcements at CES, opting instead to hold their own press event. And on its face, I'd be completely cool with that. After all, Apple usually dominates headlines every September with its annual iPhone event. So do Google, DJI, and GoPro, albeit, perhaps, to a lesser extent. So, when I saw that Sony was going to hold a press event and stream it live, I got very excited. As a Sony shooter, I look forward to learning how the company plans to innovate with their new product releases.

The event kicked off as you'd expect. High-ranking Sony officials stood on stage, explaining slides with bar charts meant to impress, and building to a crescendo where the wraps would be taken off of their newest products.

The Moment You've Been Waiting For

A few minutes later, with a fever pitch at an event where a gaggle of press and influencers in attendance, Kenji Tanaka, Sony's Digital Imaging Group's General Manager, unveiled... a firmware update to a camera released in May 2017. This is what we've come to, folks. 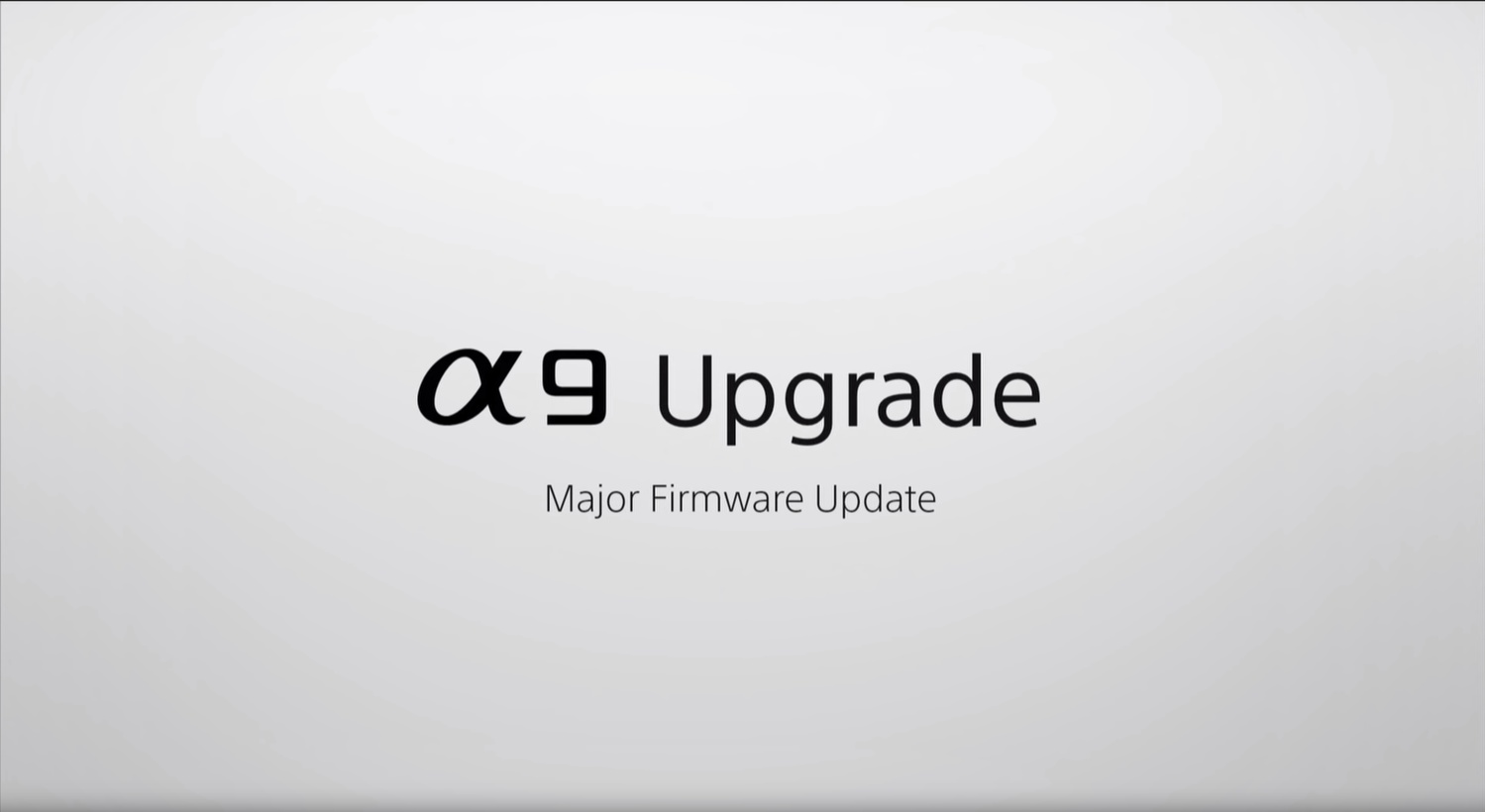 It's so major, Sony needed to announce it three months before it is ready. | Source: Sony | Alpha Universe YouTube

Listen, I know I poured a metric ton of salt on Sony in this article because they dashed my hopes and dreams for an a7S III announcement. I even held out hope for an RX100 refresh with an actual audio input jack. Now that'd make for an outstanding vlogging setup instead of the a6400 APS-C camera also announced at this event. Seriously, click on the link. It's worth it alone to see the way Andy brilliantly juxtaposes the way Sony thinks vloggers will use this camera versus the way they actually would use them.

So, yeah, while I was more than a bit irritated, it is worth noting that the features Sony is planning on baking into these firmware updates are significant, especially if you rely on their Auto-focus and Eye AF features for stills and video.

What is this? A slide for ants? That's some serious font optimization. | Source: Sony | Alpha Universe YouTube

Finally, Sony is ready to put a firm timetable around Real-time Eye AF for Animals, a feature teased at last September's Photokina event, and one that will certainly make wildlife photographers happy. However, this particular feature has the distinction of its own firmware update. Version 6.0 is targeted to be released in "Summer 2019."

The short answer is: it depends.

You can check out the press event about a preview of a software update and Sony's new a6400 camera below:

I think letting us know their a9, a7RIII and a7III firmware plans is great. The a9 firmware announcement was just as big as the a6400 announcement. With the a9, it will be like having a new camera. The press conference had something for a wide range of users. There will be more press conferences this year, with more important announcements.

Looking at the big picture, I feel Sony making a major firmware update is huge. Fuji has always been complimented for extending the life of cameras with firmware updates. People said Fuji cared about their customers and Sony did not. To me, Sony making a major firmware update signals a shift in strategy. Their cameras have gotten so far out in front of the competition, and with their processing engines being powerful, an entirely refreshed camera every year or so is not needed. Let Nikon and Canon come out with their second generation mirrorless cameras, THEN Sony will release their 4th generation.

It appears the a7000 and a7SIII will be announced this year, probably in that order. Patience is the key as announcements are made!

In the long run, I think assuring users they'll "upgrade" their existing cameras is better than announcing a new camera. At some point, people will run out of money or GAS and firmware updates will be more important than a camera they can't afford or just don't want to spend a lot of money on.

Argh .. it confirms that A9 AF was definitely not that good till now ?
This test was the reality ?

I imagine next step will be what Zeiss, Sigma, Leica, Nikon and Canon are claiming for a long time.. APSC mount is not suitable for high level full frame lens design in many situations ?

Yeah, the A9 performed not as well as the other 2 for that specific test. They definitely need to work on that. However, they performed well in other tests. They killed it in a lot of them. Here's the link to the full video if you want to see the whole picture. Yes, pun intended. :)