Sony is the most exciting camera brand right now. There I said it. They just keep bouncing from field to field making huge leaps and bounds in technology and the latest example of that is the entirely new, exciting Sony RX0—Sony’s first foray into the action sports world. But it's not exciting for the reasons that you might imagine.

At first glance, the Sony RX0 is a powerhouse action sports camera that gives you all the specs you might want. The RX0 runs virtually identical to the RX100 MkV with its 1-inch sensor and Zeiss lens, but from there, we start to see the cameras veer off into their own corners of the market. The Sony RX0 is made to take a beating. It can be dropped from 6.5 meters with an optional housing to allow dives up to 330 feet. It's also Crush-Proof at up to 440 pounds. This makes the RX0 pretty much dead even with GoPro in terms of durability. But again, that’s not all the RX0 can do.

While the RX0 and the GoPro Hero 5 run almost parallel in terms of frame rates and resolution (no UHD), the RX0 differentiates itself by utilizing that 1-inch sensor (almost double quadruple the size of the Hero 5) to create a better image—or that’s the point at least. Clearly, we haven’t seen any footage yet, but I think considering it’s similarities to the RX100 MkV, we can let Sony win this one. But here we are, standing in front of the largest hit against the RX0—no internal 4k. I feel like this is a way to avoid overheating than an inability to include UHD resolutions. Either way, if you were hoping to use the RX0 like this, you’re probably going to be disappointed. But before you write the RX0 off, let me tell you what really excites me about it. 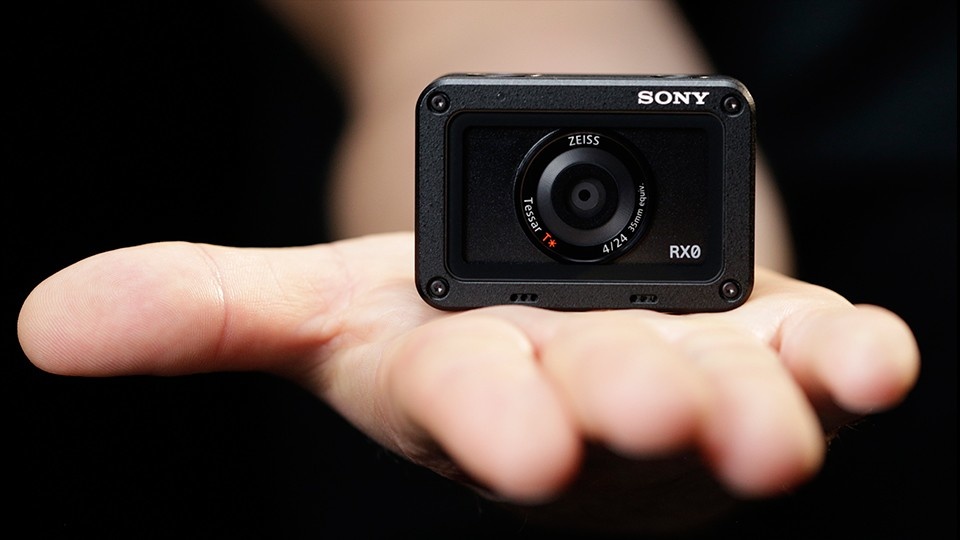 The RX0 is a camera made with more than just action sports in its crosshair. It was created to be strung together in a multi-camera set up for Virtual Reality or 360-degree video. By just using the Sony Playmemories App, you can simultaneously trigger five RX0s at once. With the FA-WRC1M radio commander, you can trigger up to fifteen simultaneously, and Sony has plans to increase that number before it’s release in 2018.

The possibilities here are exciting. For a long time, I’ve been waiting for a real, professional looking rig for independent virtual reality films. If this is Sony taking up the burden of bringing Virtual Reality to indie filmmakers, I am one hundred percent behind it. Because of its form and the obvious (aforementioned) comparisons to the GoPro Hero 5, the RX0 may be doomed to be cloistered into relative obscurity by its $700 price tag. But consider this: While the GoPro Hero 5 was created for action sports in mind, the Sony RX0 takes you seriously as a professional providing you with options that don’t handcuff you as a creative.

So yes, the Sony RX0 can take a beating. It has features and specs that make it feel like an action camera, but upon closer inspection, you’ll see, Sony is posturing for the future. 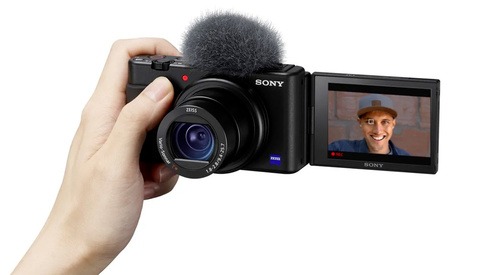 Introduction to Video A Photographer's Guide to Filmmaking
With Lee Morris and Patrick Hall
$199.99
Log in or register to post comments
13 Comments

Bruh, this thing seems like a fun gadget from your article but looking over the specs on B&H I am absolutely blown away. 1/32,000th sec shutter? 1000fps at 1080?! 21 MP RAW stills?! Unless the video is uncharacteristically bad then this thing is going to be an action-cam monstrosity. Our future is both bright and terrifying.

Yeah, you're absolutely right about the super slo-motion and raw stills, but I just think it's important to highlight its differences from the rest of the Sony RX line. Especially, when in a lot of ways it feels like a re-housed RX100. For me, that ability to make a professional, solid VR rig is SO desirable. I really can't wait to see what's sony does next if that's a real goal.

No worries. Video will be expectedly excellent. It even runs s-log2.

What I'm anxious to see is how the smaller body processes the video. Clearly they limited it's UHD capabilities for a reason, and while it shoots 1000fps I can't imagine that's without a little bit more artifacting than what we get in the RX100 V. If they end up being equal, that'd be more than a minor miracle, in my opinion.

Not much unlike the GoPro where 120fps starts artifacting like Netflix on a bad connection. Either way, color me stoked.

Correction. The 1 inch sensor is not "almost double the size". Compared to the Hero's 1/2.3" sensor, the RX0 is more than FOUR times that. Just letting you know the math.

Thanks for the correction! That's an important distinction.

I read on B&H that it can record 4k externally just not internally...

It can, you are correct.

Not really the most ideal situation but I guess if you wanted to you can.

I would just question the viability of external recording for either action sports or multi-cam VR or 360 degree rigs. You're just looking at basically doubling the price of the camera. But I'd certainly like to hear alternate opinions on that.

The waterproof housing costs more than the camera?! I'll stick with GoPro for diving.

*With optional housing for $250