The Tamron SP 15-30mm f/2.8 Gets an Official Price Tag and It's Lower Than We Thought

Update: This official announcement is only for Japan. The US price has not been announced. Earlier in the week a potential price leak was reported for Tamron's newest wide-angle zoom, which features vibration compensation and a fast f/2.8 aperture throughout the zoom range. As it turns out, we were misled — but this is actually good news. Not only will the new Tamron come in several hundred dollars below what we previously thought, but it is also set to release before the year's end.

Up until now, the fast-aperture wide-angle zoom market has been unarguably dominated by Nikon’s fantastic 14-24mm f/2.8. Sure, Canon makes a very nice 16-35mm f/2.8 and Tokina even makes a less expensive 16-28mm f/2.8, but no one has been able to match Nikon’s zoom range or image quality. That is, until Tamron stepped up to the plate. Not only is Tamron offering a wider zoom range (albeit 1mm longer than the Nikon on the widest end) in a new, sleek package, but they’ve packed their vibration compensation technology into the lens as well. The lens seems to be a worthy competitor… for the right price. Luckily for us, Tamron Japan has just released the official price tag for the lens, which will be $1,178. It is set to release just five days from now, on December 25.

This announcement has me very excited to try to get my hands on one of these and give it a whirl myself. Coming in at about $800 cheaper than the Nikon model and benefiting from vibration compensation, which its competitors lack, I don’t know who wouldn’t be at least a little bit excited about this.

As of right now, pricing and pre-order have not yet been updated on B&H, but we will update this article when it changes.

I have the Nikon as well, and it unfortunately rarely comes out of the gear bag due to it's niche properties. I got my Nikon 14-24 used at 1300 in excellent condition, so it's not something I'd considering stepping down to. While the VC is a feature, it's almost irrelevant at this focal length (especially with modern ISO quality).
My concern with Tamron and Sigma was always "will I get a sharp copy", as they always seemed to have hit or miss lenses floating around. Sigma has corrected this during their recent re-image, but I have never heard quality consistency being a feature of Tamron. I hope it's great, because the more these 3rd parties produce excellent glass at lower prices, the more Nikon/Canon will have to improve their gear to justify the price difference.
If I was a buyer looking at a UWA for the first time I'd still explore the Tokina 16-28 first.

"will I get a sharp copy"

Yep. I bought a 24-70 a while back, and the thing was pretty ratty, especially at the wide end. I simply brought it back, but I should have considered another, because I tried one out at Photo Plus Expo and it was a nice lens. However it's something that should be unnecessary to have to go through a series of lenses in hopes of betting a good copy.

Definitely. I tried the Tamron VC 24-70 as well, and had the same issue. Meanwhile a friend bought a Canon version and it performed wonderfully. It's especially an issue on the used market, because the likelihood is people are only selling bad copies to recoup their loss while they try to get their hands on a sharp one.

Lee and I have been filming out next tutorial in Iceland and Italy with the Nikkor 14-24 and 16-35 and I have to say the VR on the f4 lens is a HUGE advantage for video. I'm really looking forward to this Tamron lenses because their 24-70 has already replaced all my Nikkor 24-70 lenses and the VC is a necessary feature for hand holding video even at ultra wide angles. The fact that Nikon still doesn't have VR on either of their flagship 2.8 lenses is showing just how far behind they are falling. I hope this new Tamron stands up to the competition because I don't think I'll buy another lens without VR/VC again.

I think that may have to do with optical formula accuracy. If you look at the Canon and Nikon 24-70s, they're WAY sharper than the Tamron or Sigma counterparts, especially at the wide end. I think it's a tough optical formula to get right throughout the range, which means all the elements need to be accurately positioned in the optical arrangement, hence no "floating" stabilizing lens. Of course, this doesn't mean new formulas can't be designed to allow for stabilization in such a lens design, but that's my gut feeling on why both Canon and Nikon haven't introduced a VR version of these lenses.

Is there a reason the 70-200 VR is one of the sharpest lenses ever and it has VR? Is wide angle harder to manufacture than telephoto?

As for the sharpness, I've done the comparison many times with multiple copies of both lenses and I'm confident the Tamron 24-70 is just about as sharp as the Nikon version to the point where I grab the Tamron over the Nikkor every time now. The furthest most corners might be softer on the Tamron but very rarely is that an issue for portraits, weddings, and composites....now for landscape that might be a different story.

"Is wide angle harder to manufacture than telephoto?"
Absolutely. Prime or zoom. Take a look at the cross section of a wide angle versus a telephoto. Notice the arc of some of the surfaces of the wide angle elements, versus their telephoto counterparts.

"...I'm confident the Tamron 24-70 is just about as sharp..."
Probably for video work it may not be as noticeable.

"...very rarely is that an issue for portraits, weddings..."
Actually, group shots in weddings it'll be important, otherwise you're mostly correct.

I have been waiting for this as this fills a needed ultra wide angle niche in my kit. I shoot events and weddings and to a lesser extent fashion. Also shot some real estate images twice in the past month. Really could use this BUT I will have a hard time paying $1000 or more when the Tokina is priced where it is despite having generally shaky hands. But, I am keeping my hopes up. I want to get it by end of year ideally by the 12-31 as I have a wedding on the 1st to shoot. One way or the other I believe I will be pulling the trigger.

All I can say is "Yes please." Make mine a Sony A Mount.

As much as it sounds great, the only thing stopped me from buying the Nikkor 14-24mm is thee filter threads lack. Its a principle thing, designing a lens without thinking of a filter solution for it, this is laziness.
I might buy the tamron 15-30mm to use it for night and video on most occasions. VC is a must feature in my opinion.

I know, it kind of bums me out this Tamron lens seems to have the same filter problem as the Nikon counterpart. If filters are your thing and you shoot Nikon, the 16-35 lens might be your best best.

I own this lens 16-35mm, but for night photography I wished that I have either the Nikon 14-24 or the tamron with filter threads, so I don't have to own two lenses. I love prime lenses though. I wish sigma push the wide angle to the market , especially the Art series ones :)

Which 20 f1.8 did you have? I'm actually thinking of getting a super WA with a very large aperture for some astrophotography we are working on in about a month. Would you go with the Sigma, Nikon, or Sigma 1.8 zoom lens they have?

I tried the new Nikon20mm f1.8, it's impressive with great sharpness, the distortion is controllable and nice colors. I compared it to the Nikon 28mm from the sharpness perspective only and it's either the same or a slightly better in the center. In either case with wide angle I usually take multi focus shots

I had the Nikon 20mm F1.8G the new one. I would choose that one because it has the lowest coma which is important for point source of light. Interestingly I actually bought that lens for a trip in Perth for astronomy, unfortunately the weather didn't play nice.

I sold it only because I didn't have much use for it for everyday work which is event photography. BTW that lens is completely sold out in Singapore from every single retailer I went to. I got it 1 day after I gave NPS a call. Excellent support from Nikon as always.

Longer exposure possible with a tracking mount - search Amazon for Polarie Vixen. That's the most portable one around

There was an article on the new 20mm over at Nikon Rumors by an end-user who posted some astro pics and discussed the optic's coma wide open: http://nikonrumors.com/2014/12/09/nikon-20mm-f1-8g-ed-lens-review.aspx/

If you don't need to include earthbound terrain, you could consider using a clock drive, which would offer you the luxury of stopping down to eliminate the coma.

I had the Nikon 14-24mm but unfortunately it got stolen at WPPI two years back. I didn't feel like spending 2k again so I looked at the Tokina 16-28mm as an option. It's not as fast to focus as the 14-24mm but I don't really have any complaints. At 1/3 the price I thought it would feel cheap too, and that's simply not the case.

Heres a sample in pretty dark conditions with 3 strobes. I would consider the Tamron if I shot video but for stills, Tokina still gets my vote 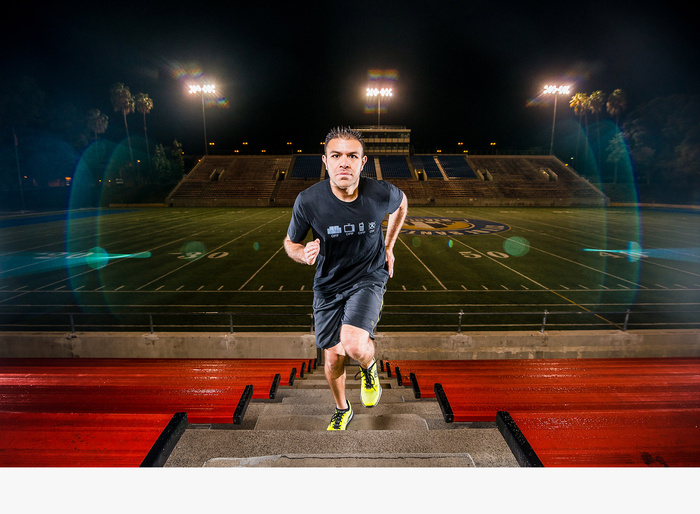