Three of My Favorite Things About the Nikon Z 7II

Having now had at least one of the second generation of Nikon Z cameras, either the Z 6II or Z 7II, in my possession for almost a year now, I thought I would share three of my favorite things about the cameras so far.

By this point, the sheer specs of each camera have been rehashed over and over ad nauseam. If you are interested in purchasing either the Z 6II or Z 7II, it’s likely that you’ve already watched a million and one YouTube reviews comparing the cameras to their competition. If you are one of the more careful buyers, you may have even gone so far as to have rented one for a period of time to try it out and see if it’s the right tool for you.

Seeing as though you and I have likely never met, and thus, I have no idea what type of stuff you shoot, so I can’t very well tell you if the Z 7II is the right camera for you. But I can share three of the less obvious features of the camera that I have found to be the most valuable to me in real-world use over these last several months.

It Can Take A Beating And Keep On Ticking

Okay, this particular strong suit is perhaps one that I hope you never have to learn for yourself. Despite an absolute lack of intention to do so, I have, well, shall we simply say, have beaten the living crap out of my Z 7II over these few months. I didn’t mean to. And I can honestly say that I am not someone who tends to be exceedingly hard on my cameras. I am more like the type of person who treats their cameras like a new pair of all-white tennis shoes, carefully stepping around every puddle and dusty section of the floor for as long as possible until my shoes inevitably fall prey to their first errant splash of mud.

But, try as I may, I simply haven’t seemed to be able to make it through these last few months without my Z 7II having to get its hands dirty. In fact, prior to its first real shoot, I was already treated to a display of the camera's structural strength, courtesy of my 10-month-old puppy jumping up and literally pulling it down off a shelf and making me seriously wonder whether or not he deserved to live to 11 months. Thankfully, both the dog and the camera survived this interaction with my hardwood floor, but this was an inadvertent early confirmation that the body was built to last.

Just last week, I found myself shooting with the Z 7II on location out in a beautiful desert. It also happened to be an exceedingly windy desert. Myself, my car, and my camera all returned back to the city that night covered in a thin layer of dust worthy of Pig-Pen. But, despite the Z 7II’s jacket getting a bit dirty, neither the dust nor the extreme heat of the desert location seemed to pose much of a problem.

I am greatly looking forward to returning the camera to its happy place inside a safe and clean studio. But, if it can handle the psychological terror I have dished out to it over these last several months, I have no doubt that it can live up to the build quality of its older beefier DSLR brethren. 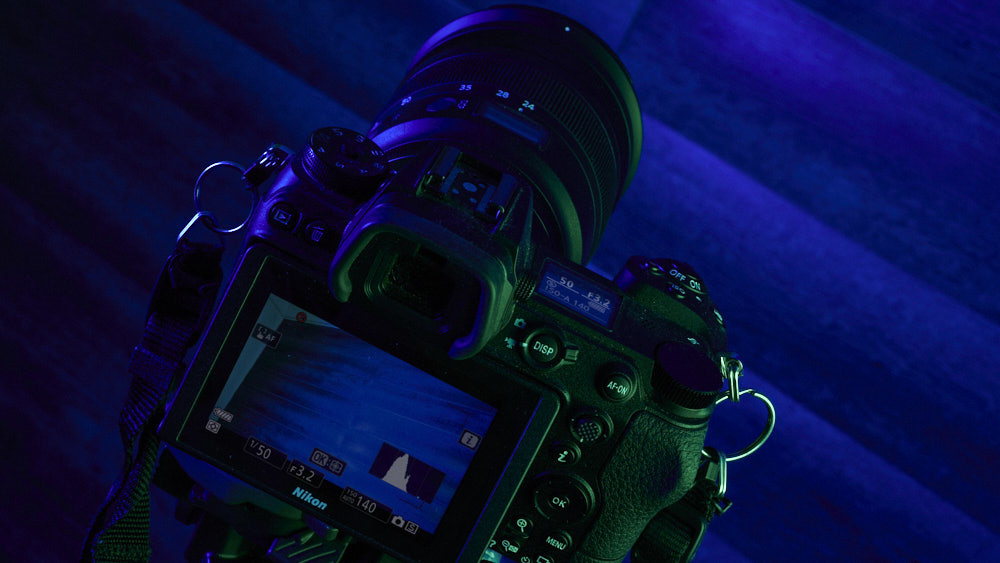 Truth be told, it was this decidedly less photo-related quality that inspired me to write this article today. I am both a photographer and a cinematographer. And, while I don’t usually rely on mirrorless cameras as my A cameras for video, I do often take advantage of their size and portability to use as B cameras or as gimbal specialists in certain situations. I am also finding them incredibly useful as webcams in the new world order we currently live in where we all tend to spend more time on Zoom than seems medically advisable.

Now, the battery life of the Z 7II will far exceed the stated expectations in the manual. But even an improved battery was no match for the 10-hour straight Zoom call/prison sentence I found myself suffering through last week. Actually, to be accurate, it was a digital conference. And I was ill-advisedly volunteering to man the virtual booth for the local chapter of APA, of which I am a board member. The virtual convention hall was much like a physical convention hall in the real world. But instead of my feet being sore by the end of the day, my hindquarters took much of the punishment as I had to sit in front of my webcam for hours on end to greet potential visitors.

Knowing full well that no battery on the planet would be going 10 hours straight without needing to recharge, I instead opted to use the USB charging device included with the Z 7II in the box. The second-generation Nikons have an incredibly useful if not widely discussed feature where they allow you to power the cameras via USB while they are in use. For anyone who does long-form interviews or needs to have access to endless power for other reasons, this advantage can be crucial to your workflow.

In my case, I simply plugged the camera in via USB and literally left it on an entire day. Not only did the camera never shut down, but it also never overheated while tracking my ugly mug through face detection all day long without a hitch. As if that wasn’t enough, I repeated the feat only a few days later throughout a day of portfolio reviews with creative directors around the country. Again, no hiccups.

I realize this is a photography forum. But in a world where both the needs of photographers and the needs of business owners of the set are constantly changing, having a tool that can offer you additional advantage beyond just image quality can make a real difference. 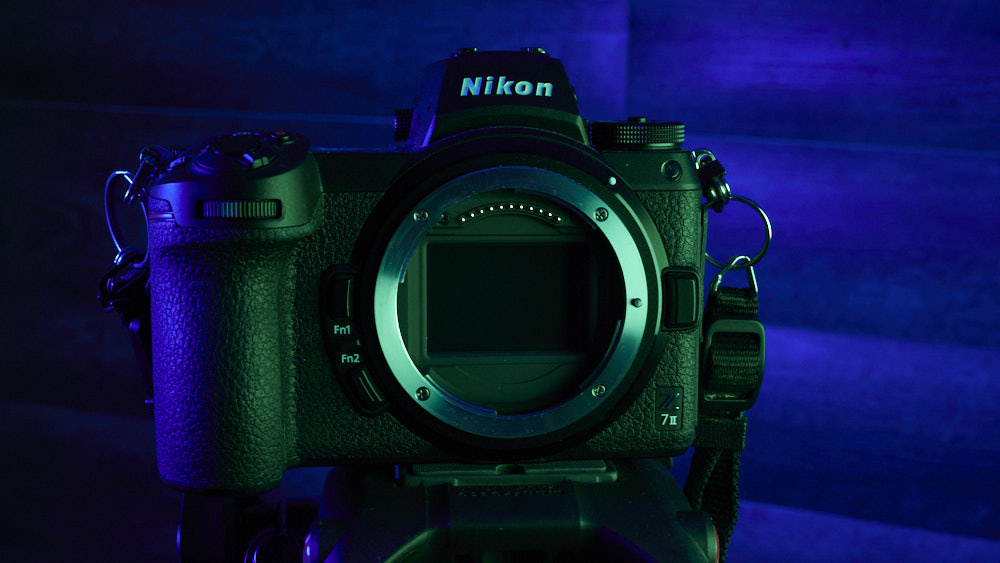 Oh, and it has the image quality thing covered as well.

Don’t get me wrong. In my months with the camera, it’s not all wine and roses. Despite creating a beast of a camera, Nikon does still have some work ahead. For example, rumors that the autofocus of the Z 7II lags behind Canon and Sony are unfortunately not exaggerated. The autofocus is accurate. It’s just not quite as fast or intuitive as its competition, at least not at this moment.

Also, while the dusty conditions of my desert shoot led me to cherish the Z 7II’s durability, the ambush of dust particles in the air did make me wish that Nikon had beaten Canon to the punch on the shutter cover that automatically comes down whenever you take off a Canon RF lens. To be honest, I have no ideas why manufacturers didn’t think of that sooner. Especially with these mirrorless cameras bringing the sensor ever so closer to the open mount, the possibility of a shoot being interrupted by a barrage of sensor dust is a real possibility. I’m hoping in future releases that Nikon will adopt a similar system to Canon, which automatically drops a curtain in front of the sensor when removing the lens. It seems a small thing but can make a real difference when shooting under less than ideal circumstances.

But, despite those quibbles, one thing the Nikon never seems to get wrong is image quality. As someone who has spent most of the last four years shooting with the D850, the Z 7II continues to deliver excellent files with top-of-class flexibility in post for pushing or pulling shadows and highlights. The files produced by the camera are quite simply gorgeous. And, after all, isn’t that a pretty big part of why you buy a camera in the first place?

I’ve written far more extensive reviews of both the Z 7II and the Z 6II in the past. So, I’ll let you refer to those for a more in-depth look at the pros and cons. But, after using the Z 7II for several months now, I can say that it has been an incredibly productive tool and more than justifies its price tag.

Gear / November 1, 2021
Nikon Got Rid of the Mechanical Shutter in the Nikon Z 9: What Does This Mean for Photographers?
Log in or register to post comments
4 Comments

Resumée: It is a Nikon. That is what this brand stands for.

"Having now had at least one of the second generation of Nikon Z cameras..."

I had a Nikon D750 for years and hiked all over the place with it, lugged it on airplanes, etc. I never had the slightest problem with it. I now have a Z7ii and I am amazed at how light the camera and 14-24mm lens are. I have had it only for a few weeks, but so far I can't complain. I don't shoot many people so I can't comment on the face-eye autofocus, but I find the autofocus to be quite fast for what I do. I have put a couple of hundred photos through it without significantly draining the battery.

If I had a complaint, it would be that when my shirt is damp with sweat and it touches the screen, it is interpreted as a finger press and it relocates the focus point and shoots a picture.