Will the Panasonic S5's New Firmware Kill the S1H?

Panasonic is overlooked in a number of areas in the industry, but video is certainly not one of them. With this latest firmware upgrade, could Panasonic be cannibalizing their own more expensive camera though?

I am no expert on Panasonic cameras, having only used them on a few occasions. However, people I know well and trust, who work a lot in the video sector of our industry, swear by them. The body that gets the most praise is most certainly the S1H, a 24MP, full frame, mirrorless camera offering a plethora of video outputs, including an impressive 6K at 24p. Sadly, this sort of impressive functionality comes at a premium, and you're looking at a Happy Meal short of $4,000.

The Panasonic S5 is somewhat of a "sleeper" camera. Though rarely discussed outside of dedicated groups worshipping at the shrine of Panasonic, it is no slouch in the spec department, offering the same sensor as the S1H and UHD 4K video at 60 fps. Most pleasingly, the removal of some of the S1H's specialist features comes a near halving of the cost: $2,297.99 at the time of writing. Now, the S5 has received Firmware 2.0, and it's significant.

The video will go over (in spectacularly techy detail might I add) the ins and outs of what the S5 just gained, but some key takeaways include improve autofocus performance, a slew of video functions (and this is the really noteworthy change), as well as some operational stability and bug fixes.

The question is this: will making the S5 so appealing, kill their own flagship cinematic camera, the S1H?

Posted In:
Gear
Videography
via:
The DP Journey
3 Comments

Gear / December 9, 2020
Why I Never Switched Over To Sony and How It Turned Out To Be a Good Decision for Me

The S1H is a specialist camera, which retains features in demand by those specialists. Those who really want an S1H for what it offers will continue to buy it.

The S5 is a brilliant move at making a great hybrid with a lot of pro features, but it stops short of being specialist, and so it doesn't work for those who NEED an S1H.

I had the S5 to go along with my S1H, but I traded it for an S1. It was a nice cameras with great battery life, but I need unlimited 10-bit recording more than the smaller size. And with the promised firmware next year bringing internal 5.9K and ProRes RAW along with timecode, the S1 is shaping up to be a nice companion to my S1H. 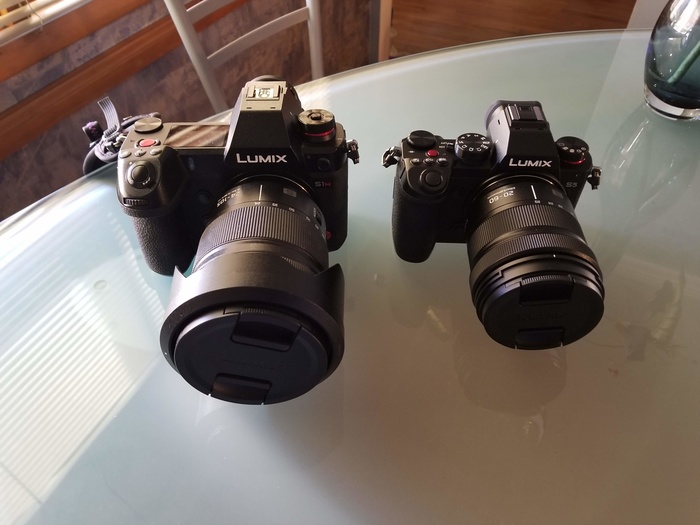 As long as they're selling a lot of something, I don't think they're gong to give a shit. They're not going to sell the quantities of S1Hs as they will S5s, so win-win all around.

Assuming they sell in the first place. I don't know how many people from Canon or Nikon will jump on this, but I can certainly see the GH5 crowd migrating over to this, and the S5 is how they'll do it.